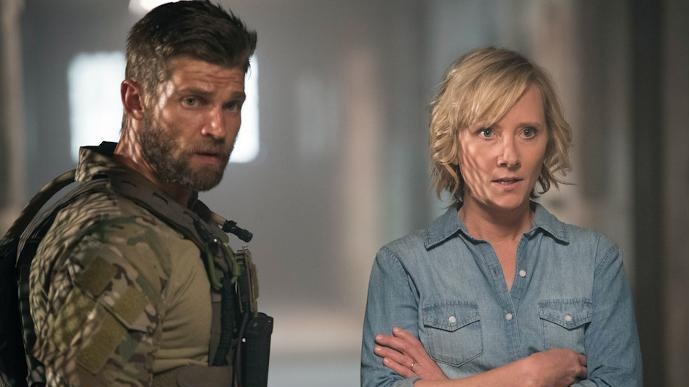 Anne Heche’s Deputy Director Patricia Campbell finally gets to step out from behind the computer screen and the same one-room set we’ve seen her in for 95% of the series thus far. This week on The Brave she actually flies out to Afghanistan and gets some face to face time with Dalton and his crew. When Campbell lands and meets up with them, Dalton knows that something big is up. She only leaves the office for the most important of missions.

As it turns out, there is a quite important mission–they have gathered intelligence that the Taliban has been planning an attack on a United States military base. They just don’t know which one. Their only hope, or so Campbell posits, is to get the info out of an American expat and traitor named Nate, who has joined forces with the Taliban and taken up their cause. Nate is a prisoner in the Helmund prison facility, and if you think going to jail in America is bad, just imagine what it must be like in a place like Afghanistan. He is being held in solitary confinement. Patricia and Dalton’s crew infiltrate the jail to speak to the man, but they do not anticipate that they themselves will have to bust out soon enough. 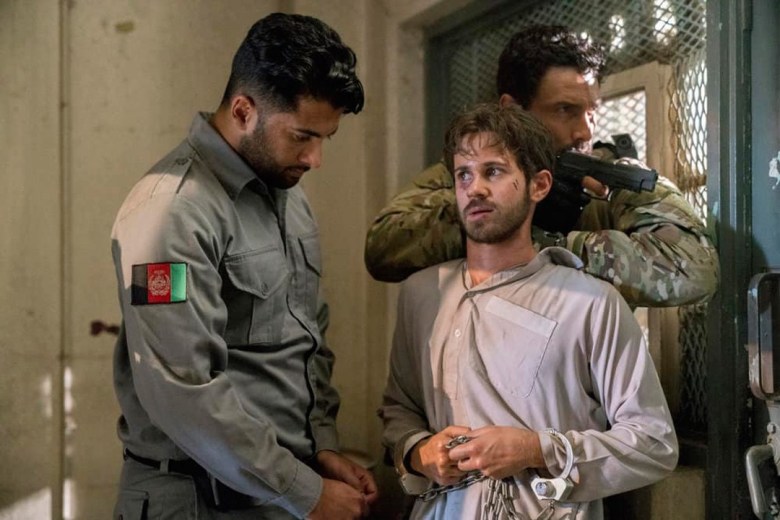 Fate would have it that the same day our heroes arrive, a plan to let all the Taliban prisoners free is set in motion. We notice a particularly suspicious interaction between a prison guard and a new prisoner from the Taliban with a bad burn scar, when the guard gives him a bottle of water emphatically. Sure enough, that bottle of water is gasoline, or some kind of flammable fluid. Burn Scar sips it, spits it in the face of a guard, and light shim on fire. Soon chaos erupts and most of the prisoners are set free.

In solitary confinement we get to know Nate a little bit through Patricia’s interrogation of him. He grew up in Deerborn, Michigan, a little white boy who never felt loved. She tells him that he has allowed himself to be manipulated, but he insists she has done the same herself. Clearly the two aren’t going to see eye to eye. Nate says he will gladly go to his grave before he reveals the location of the planned terrorist attack.

When other escaped Taliban members rush to solitary confinement to spring Nate free, Dalton has to act fast, gunning down a few, then ripping down some electrical wire to throw in a puddle. That’s actually pretty clever, and works well. They know they have to move, and so they venture out into the prison, with danger at every turn.

In the highlight of the episode, Dalton and crew need to get a guard (that happens to be still alive) to give them the layout of the prison so they can escape. Jaz, the team sniper, remains outside the prison, perched and at the ready. She tells Dalton she’ll “send a guard right to him.” She picks out a couple Taliban men just as they are about to execute the guard, then uses a spray of bullets to direct the man to where she wants him to go. It works.

Tate Ellington as Noah Morgenthau is another highlight this week. He really steps it up this episode, as he gets to wear his big boy pants and essentially take Campbell’s role from the command center, calling the shots and making the tough choices. 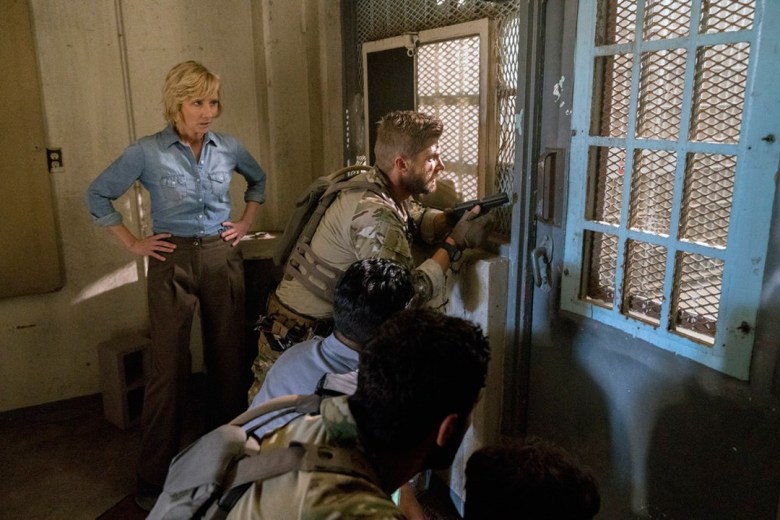 You knew it was coming. In the end, Campbell uses her motherhood, and the fact that she recently lost a son, to her advantage. She tells Nate that her son was a soldier and was killed while building a school for Afghanistan children. That could just be a lie to gain sympathy, and Nate seems aware of this. But when push comes to shove he is a still an American with a heart. As Noah orders a drone strike on the area, unsure if our guys are safely out of range or not, Campbell won’t let Nate go until he tells her where the attack is planned. Ultimately he does. The drone drops the bomb and all the people are supposed to be killed are killed.

Well, that worked out better than expected, eh?

Overall it was a fun episode, but I could have used a little more something to get me to care about Nate and his fate. As is, I didn’t loathe or hate the guy. I was just interested in seeing guns and explosions. And I found the “I’m a mother” speech to be a little tired and, since we don’t really know too much of the truth about what happened to Campbell’s son, I was left a little unsure of what to think of it all. I wouldn’t put it past her to lie about something like that either.