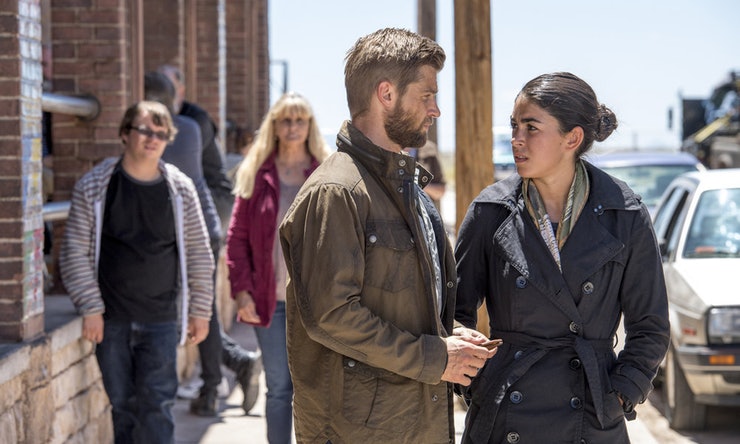 I am not a procedural guy. Or at least I always thought that I was above it. I like character studies. I like to root for people who feel real and not like wooden pieces on a chess board (sometimes a checker board) being moved around without emotion or backstory. Just plodding along through plot lines with no insight or change. I certainly detested CBS’s atrocious Taken prequel series. Besides the show being set about thirty years before the original movie yet somehow taking place in present day, the biggest issue for me with that show was I could not for the life of me feel a thing for the characters (or even tell some apart).

But I will admit that sometimes these procedural shows lay out plots just gripping enough to keep me paying attention. I get caught up in it to the point where I stop caring about who these people are or what their actions mean to them. I’m happy to say that The Brave, though not great television by any means, kept me entertained for its first hour episode. 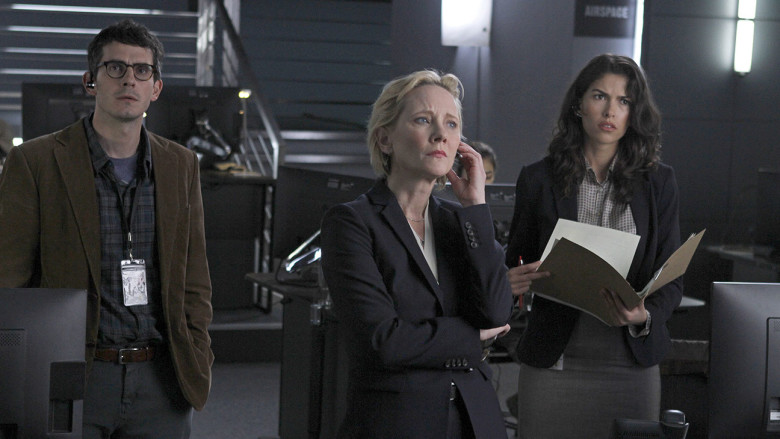 The series focuses on the integral interaction of two military teams; one based in D.C., and one out on the ground around the world. The D.C. team is headed up by Patricia Campbell (Anne Heche), the Deputy Director of the Defense Intelligence Agency. We learn that she recently lost an adult son and is probably burying her grief in her extremely tense career. Beneath Campbell are mission coordinator Hannah Archer (Sofia Pernas) and cultural specialist Noah Morgenthau (Tate Ellington, a fan favorite from season one of Quantico). We get practically nothing on these two characters, but alas, there is only so much room in an hour.

They are tasked with directing and informing the team on the ground headed by Captain Adam Dalton (Mike Vogel, lead of CBS’s absolutely detestable adaptation of Stephen King’s Under the Dome). I am still so scarred by his former show that it is probably going to take a while for me to grow okay with seeing Vogel as a lead. He’s fine, don’t get me wrong, but Dome was just THAT bad. ANYWAY. His team is comprised of special operatives Jaz (Natacha Karam), medic McG (Noah Mills), and former Navy SEAL Preach (Demetrius Grosse). As you could probably surmise, they get most of the action, while Campbell’s team sits in front of monitors in the safety of their D.C. offices.

The mission of the week involves an American doctor, specifically one without borders working in Syria, who is kidnapped by a terrorist cell there in order to help treat one of their ailing leaders. Working from the intel provided by the team in D.C., Dalton’s lineup of operatives use their skills to locate and extract the missing doctor, though viewers are lead on a path of twists and turns for them to do so, not unlike a Law & Order episode. The pace was good enough to keep me on the edge of my seat, and while none of this is Shakespeare, it was refreshing (for me at least) to be able to switch off my brain and just kind of take in things happening, not the “why are they happening” that comes with headier dramas that get nominated for Emmys. 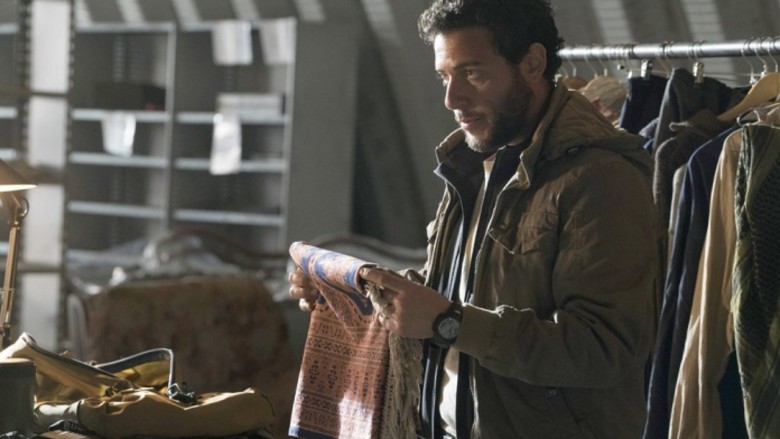 It is no surprise that the good guys win here. They free the doctor, not without basically exploding the entire terrorist group. The doctor reunites with her husband, and everyone on both teams can give themselves a good pat on the back. That is UNTIL the episode takes a surprising turn. Procedurals typically do not carry plot over from one episode to the next, yet the pilot of The Brave makes an interesting decision to end on a cliffhanger. Dalton and his team decide to put the guns down for a bit and kick back with some local kids on a beach. However, a vehicle driven by a vengeful terrorist on a suicide mission heads straight for Dalton’s team. Campbell and her crew see the suicide bomber coming but the guys on the ground don’t, and by the time the credits come up it is unclear whether the terrorist was successful in his mission.

Now, it’s safe to say that he was in fact not. It would be bold to kill off even one of the principal characters in the second episode of a network television show, much less half of the principal characters. But I did not expect a serial story where the second episode will naturally have to pick up where the events of the first left off. Perhaps NBC is learning that while procedurals are good for people just tuning in with no prior knowledge of the show, cliffhangers and serial storytelling keep people coming back. It’s a smart move, and I’m looking forward to next week’s episode.