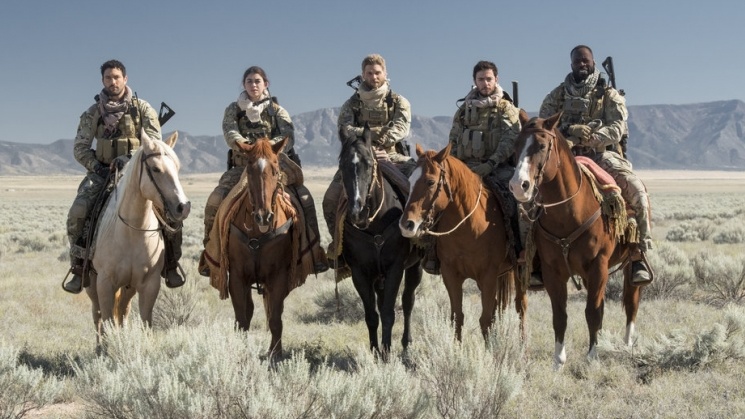 Last week was quite possibly the best episode of The Brave yet, but this one ranks up there as the mission has quite high stakes for the United States and uniquely takes the team off the grid, unable to communicate with D.I.A Director Campbell during the mission. It also is unique in that the episode ends in a cliffhanger that calls back to earlier episodes in the series, breaking the “episodic” television norm and introducing an elemant of serialized storytelling.

We begin the episode near the Altai Mountains in Mongolia, a remote, desolate place. A farmer notices his horse is rattled and goes to tend to it. That’s when he sees some sort of what looks like a missile or rocket fall from the sky and crash. Back in D.C., Hannah gets a call the Campbell wants to see her and Noah in the situation room ASAP. She tells them that a new Russian drone called the Mark-10 crashes in Mongolia. This is concerning to the United States because this same drone just last week flew over the continental U.S. and nobody noticed it. This is a sort of stealth Americans have never seen, with a type of ceramic skin that makes it invisible to tracking equipment. And if it can be fitted on a drone, it can fit on a bomber. It is crucial to national security that Americans acquire part of this ceramic skin and understand how it works.

The only problem is, the NSA just intercepted an urgent cable from China. The Russians are going to retrieve their drone. Dalton and his team need to get to the crash site first to retrieve some of that special skin. And so they are off, air dropping into the middle of nowhere Mongolia. They first spot a small village with smoke coming from it so they head there. They find villagers hurt and rattled, raising guns at the sight of them. One of them has been shot and McG gets them to lower their weapons by treating the kid. Eventually able to communicate through drawings, our guys find out that the villagers saw men with GRU patches (Russian special forces) and they did in fact see the drone go down. They tell Preach where they saw it land, and he calculates the coordinates: the drone didn’t go down within the Mongolian border. It went down a mile into Chinese territory. Yuh-oh. Now the team must enter into China unbeknownst to the Chinese, lest they spark and international crisis. 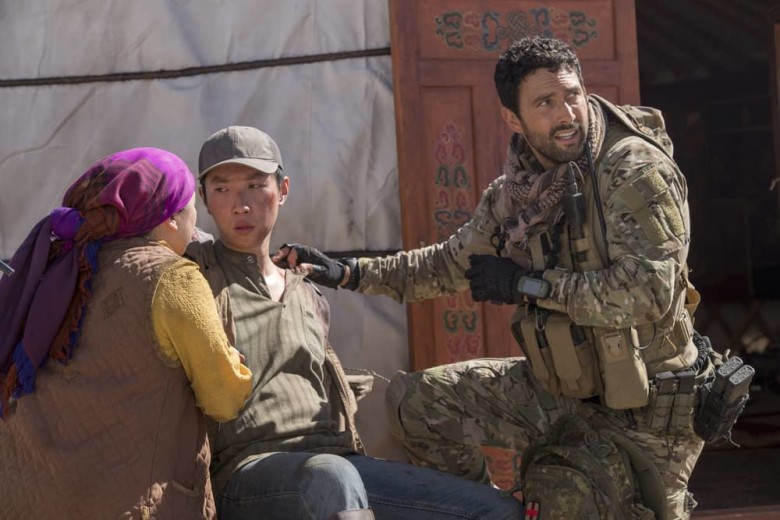 Noah walks them through what they have to do to get over the border, and that involves shutting off all their technology. They need a communication blackout as the Chinese us a grid that picks it up along their border. Dalton and his team will just have to do things old school style, while Campbell and her team sit tight, wondering what is happening. Dalton and the gang take horses from the villagers and set out to find the downed drone. At the edge of the Chinese border, they find truck tracks, going up through the mountains. How can they catch up? “Haven’t you ever seen a Western?” one of the team asks. “We cut them off at the pass.”

Meanwhile, back in D.C., Campbell gets a strangely timed invite for dinner with the Russian ambassador. When she gets there he expresses his concern for the loss of her son, and he tells her how he lost his son in Afghanistan. But then the cordiality falls wayside and he lets her know that he and his country know about the team on the ground she has in Mongolia, and that three additional teams have been called in by the Russians. They will be there in a matter of hours and her men will be overrun. Patricia plays it straight, not letting on to anything. But she knows Dalton and his team are in trouble, and has no way of communicating with them.

In Mongolia, Dalton and company reach the crash site only to discover the Russians already got there first. They could wait and see if they leave anything behind by accident, but Dalton knows these men better. They are professionals. The only option he sees is to wait for them to put the drone in their truck, and then Dalton gets in the truck. Bold move. They sit and wait, and we’re just waiting for that other team to show up and attack Dalton from behind.

But alas, Campbell had an idea. Knowing the Russians would have somebody watching her every move, she has dinner with a Chinese friend from college, who a Russian spy assumes is a Chinese ambassador. The spy alerts the Russian ambassador, and he rescinds the order to send in reinforcements. Brilliant! 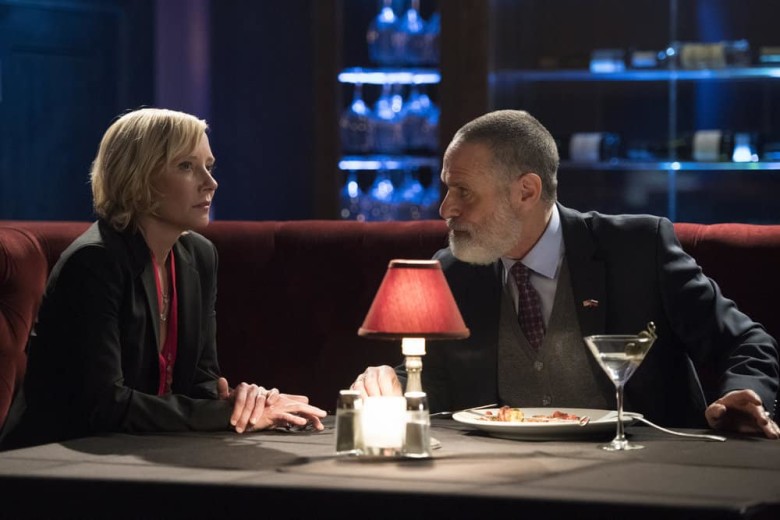 In China, the Americans have cut down a tree to stop the convoy with the downed drone in it. It’s a little obvious but they had to act fast. The Russians are aware the Americans did this and wait for an attack, but none comes. As they get the tree out of the road, they push on, and just at the last second, Dalton hops in the back of the truck. He is able to cut off a portion of the ceramic covering of the drone to take back to be studied by the United States. First he just has to get out of there.

When he rolls off the truck, he’s spotted in a sideview mirror. The convoy stops and gives chase as Dalton books it into the woods. I was on the edge of my seat as Dalton was alone in China, being chased by Russian forces with guns, and especially when one catches up to him and they fight in brutal hand-to-hand combat. They slam each other against trees. Dalton actually gets his ass kicked, but ultimately is able to stab the Russian special ops soldier with his own knife. Escaping, the other Russians are hot on his tail. He leads them into a clearing in the woods covered in tall grass, where the rest of the team is waiting. They gun down the soldiers, and are ready to fight more, but at the last minute the Chinese forces show up, causing the Russians to surrender and our guys to escape.

Another job well done. Noah and Hannah leave the office for the day and discuss grabbing a bite at a diner, as they’ve been working together for months but don’t really know much about one another. Before they can go on this social call though, duty calls once again. Campbell stops them to tell them that the bug they planted on illegal arms dealer Ranier Boothe in an earlier episode this season is finally paying off. She has them listen to a recording of him yelling at someone for doing business with an enemy of America after he told them not to. It is none other than Jarif, an Iranian terrorist who memorably set off a bomb on a beach full of kids in the last moments of the pilot episode. Things seem to be coming to a head, and I am pretty excited about it.