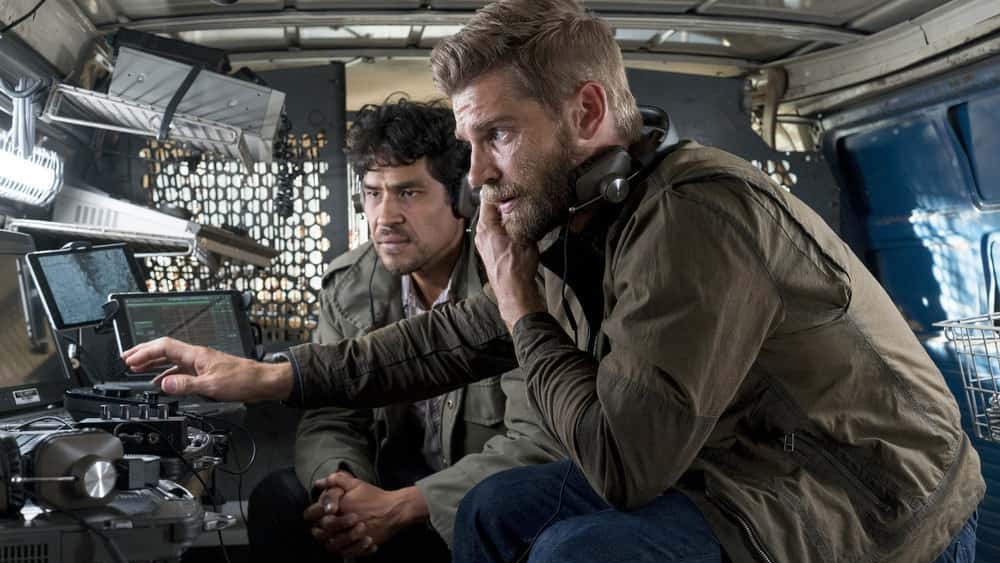 The third episode of NBC’s The Brave has got to be my favorite episode yet. Though I still think the scenes within the Pentagon and the D.I.A headquarters feel stagnant and almost superfluous, the show at least attempted to give one of the three principal actors anchored there a character moment (and it wasn’t Anne Heche). And the mission of the week was a fun one and differed from the previous two in that it was not a rescue mission.

This week started off outside Caborca, Mexico with an agent dialing in to the Pentagon and speaking in numerical code, a form of secret communication not used since the Cold War. But since it has become outdated, people hardly ever look for it anymore, making it more effective. The agent’s name is Hugo Vargez, and he has been working the field in Mexico trying to get strategically close to an illegal arms dealer named Rainer Boothe. Boothe has supplied weapons to, amongst other delightful peoples, Isis, Hammas, and al Qaeda. Vargez is letting the Pentagon know that he has on good intel that Boothe is about to make a huge weapons deal with cartel boss Martin Urzua. Most in the Pentagon want to either kill Boothe or capture him, but Campbell (Anne Heche) has a different idea. She wants to bug him. Take out the spider, you only get the spider. But if they bug him they can get the whole web. Or something like that.

Of course she knows who to call. Dalton and his team head to Sonora Mexico, a land the Mexican government even mostly stays out of as it is controlled by the Sonora Cartel in toto. They meet with Vargez who gives them a bunch of good intel on Boothe’s dealing and his whereabouts. Dalton says there’s only one problem: it all comes from on source. That source is Boothe’s mistress, Sofia, who has been talking to for at least two years (and who he has evidently fallen in love with). Sofia gets him the time and location of a meeting of Boothe’s and so the team sets into motion a plan in which they will secretly pull a switcheroo with Boothe’s cell phone, leaving a bugged one in his pocket. 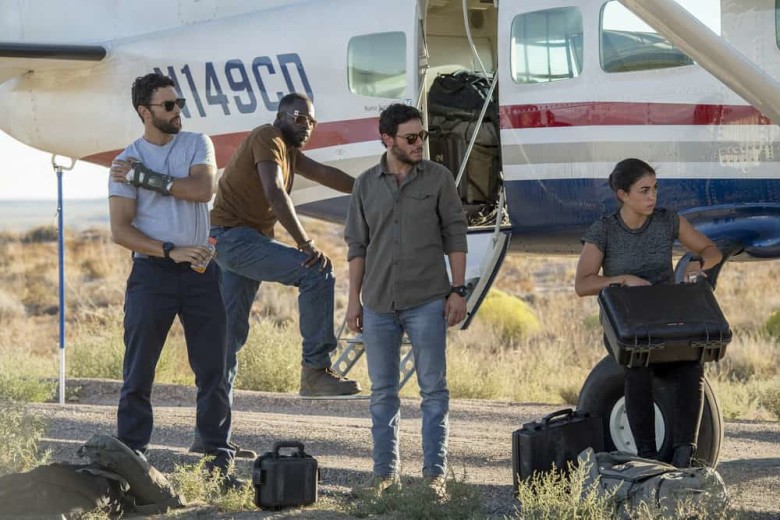 That doesn’t work, though, because that would be too easy. Turns out that Boothe is extremely cautious about keeping things that could be bugged on his person, constantly replacing things. Right before they were about to switch the phones, Boothe snapped his in half and threw it in a fountain–and that was a gold encrypted one worth $100,000 American dollars. Abort mission. Their next move brings Jaz to the salon where Sofia is getting her nails done. When she reveals who she is to Sofia, the woman is frightened. She says she needs info on anything that Boothe keeps on him that can be bugged. In the end, Sofia leaves her her own phone so they could go through some pictures and discover for themselves.

What they find is that Boothe wears a little necklace around his neck. This is ideal for fitting a bug no larger than a human hair inside (amazing what technology can do these days). They watch Boothe from afar as he meets with Urzua to get the money for the weapons. In the D.I.A office, Noah notices Hannah is looking distressed and uncomfortable. He knows that she worked the field, specifically undercover in that cartel, for a few years and when he asks if she ever met Urzua, she confirms that she did but provides no other detail. Noah goes to Campbell to express his concerns about how this mission may effect Hannah, or how she may effect it negatively due to her inability to put aside her experience. Campbell assures her that she picked Hannah for this team for a reason and he has nothing to worry about. We soon see her sorting through some pictures of Hannah’s back, which is INSANELY scarred. What did this man do to her?

After the money exchange with Urzua, the team stages a heist on a deserted road, pretending to be local thieves. They are able to get his watch and other jewelry off Boothe, including his precious necklace. When he makes a stink about it, they throw it back to him–only it is the bugged replica, not the actual necklace. They get out of there, a few hundred grand richer, too. The bug is up. Mission accomplished. But soon Hannah and Noah hear on the bug that Boothe’s head of security suspects Sofia had a hand in the heist, and that they plan to shoot her. Hannah, without Campbell’s approval, tells Dalton to stay put in Mexico and help save Sofia’s life. His solution? Give Boothe a different target. 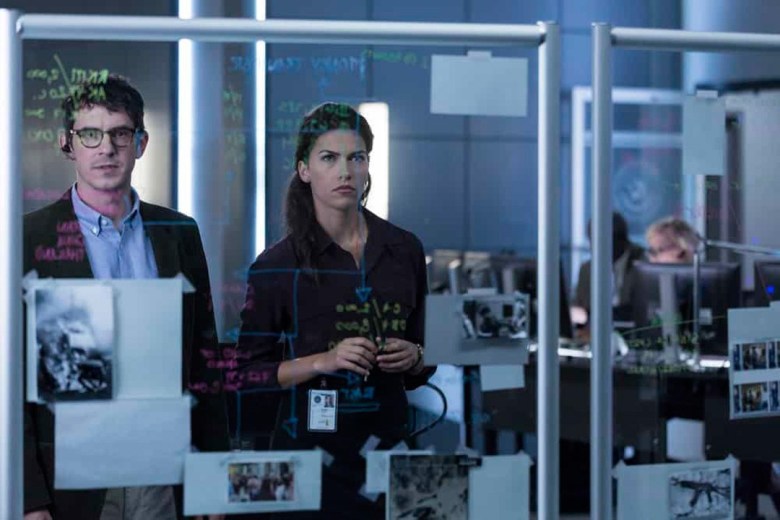 It just so happens that that new target is Urzua himself. We also learn that Urzua was responsible for ordering a hit on Hannah during her time in Mexico. Dalton’s team is able to plant the money they stole off Boothe in Urzua’s mansion, where they know Boothe is coming to that day to provide the weapons he paid for. On the way in, they make sure Boothe catches a glimpse of Amir–somebody he recognizes from salon and possibly the heist. Suspicions rising, Boothe has Urzua’s place searched. They find the bag, Sofia is off the hook, Urzua is killed, Hannah is somewhat satisfied, and mission accomplished.

The episode was a fun ride, but the promise of it “getting personal” for one of the team, as described in the previews for this week’s episode, did not feel fully realized. Again, the issue of Campbell, Noah, and Hannah always feeling sidelined and safe behind their computer screens.