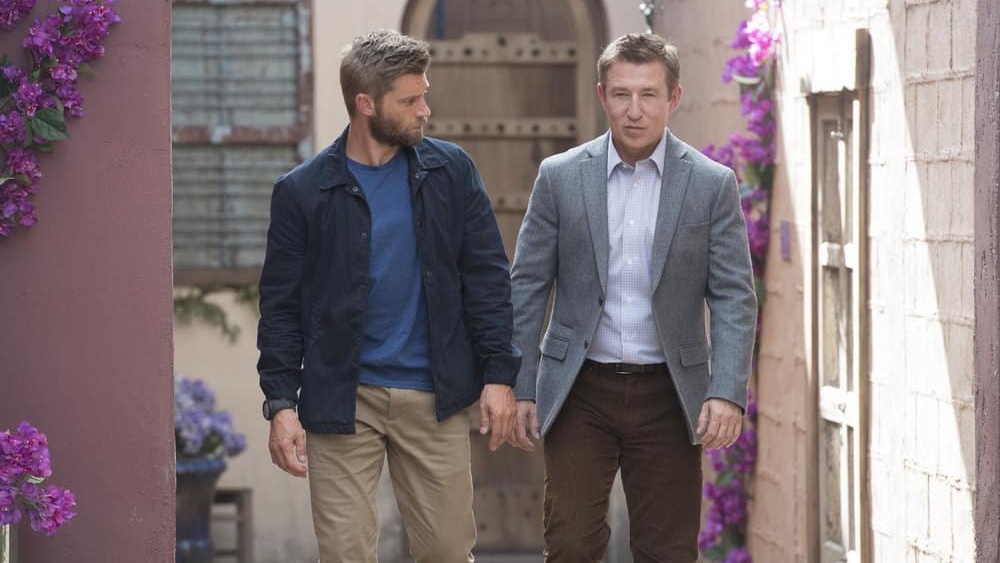 This week Dalton and his team take a vacation to Seville, Spain and end up having a mission fall directly in their laps. I get these people are close, but are they really vacationing together as well as pretty much living and working together? Doesn’t Preach have a family? Maybe I was mistaken and they had just finished a mission nearby and decided to take a little detour. At any rate it wasn’t set-up clearly, and probably wasn’t important, so I’ll stop harping on it.

While out drinking, McG meets Paloma, a beautiful Spanish woman. We know something is up right away. They spend the night together, and when they wake up the next morning, she inquires about his tattoo that gives away that he is American special forces. She just happens to have something that he can help her out with. Her father is Ivan Sokolov, a professor at the University of Seville who she claims is a spy for the Russian government who wants to defect. This all seems a bit fortuitous, too good to be true, and the team is skeptical. 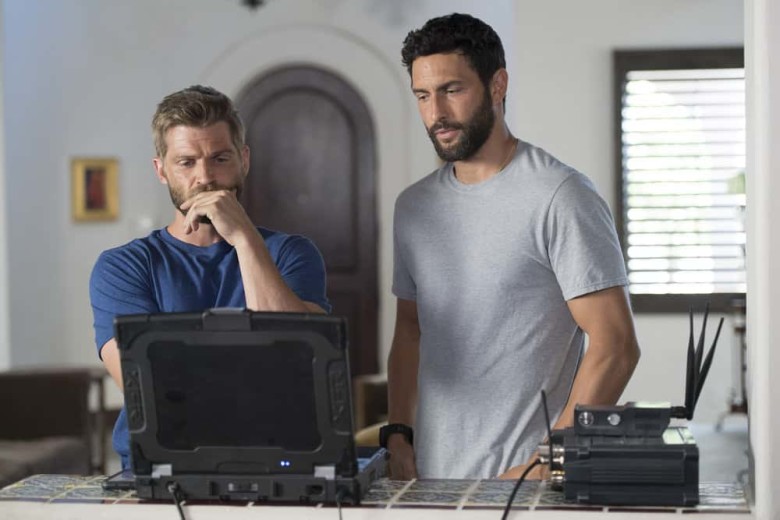 They are especially skeptical when Deputy Director Campbell tells them that neither the Defense Intelligence Agency, the NSA, CIA, nor MI-6 have any info whatsoever on a Russian spy named Ivan Sokolov. So he is either lying or ESPECIALLY good at his job. They bring him in to interrogate him and he explains that he has been diagnosed with cancer and is dying. And that when old agents lose their value, his government usually just offs them and makes it look like an accident. The United States government however has quite the incentive to protect him and even treat his cancer, as he has thirty years worth of secrets to provide.

This is all good and well but they can not just take Solokov’s word for it. They need to verify, and so he gives up one secret: there is a mole working in the United States’ NSA, a contractor who is spilling secrets to the Russians. Her name is Megan James. Campbell’s team will need time to verify this, and they have less than twenty-four hours (for a reason that was unclear for me–the Russian government was coming for Solokov?). Noah remarks how the NSA vetted James over a two week period, how can they at the D.I.A vet her in less than a day? Campbell’s solution: bring her in. Go face to face with her. They do so.

Meanwhile, things are heating up in Seville. Dalton can’t keep Solokov detained while they test his story. He can’t risk not keeping up appearances and Solokov has a lecture. They have to let him go, but keep eyes on him at all times. They could be playing directly into a trap for all they know. Eventually a couple suspicious types start wandering campus, seemingly doing permiter checks. Dalton and the team pick up on them right away. When Solokov’s lecture is over, they move in. Just as they are about to gun him down, the team is able to stop them, and somehow without alerting a single other person on campus.

Turns out these guys were not Russians coming to end Solokov’s tenure. They were Venezuelan agents coming for revenge. Solokov gave them some bad information and now they were there to get square. This guy is certainly lucky that McG slept with his daughter! 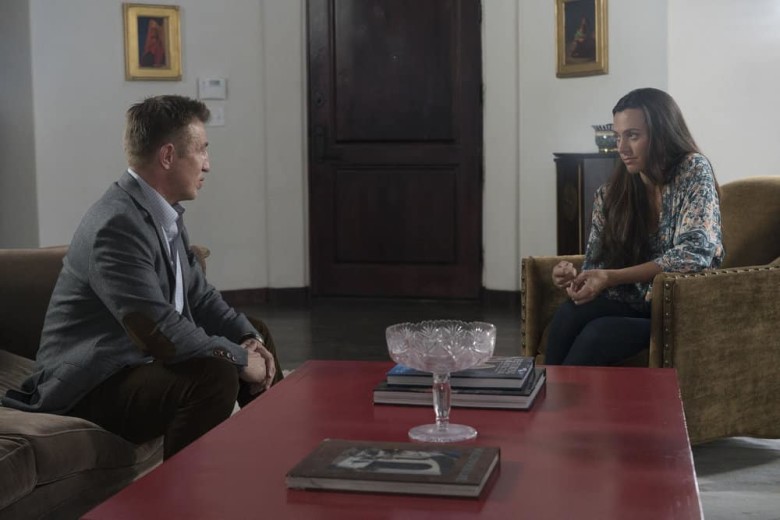 Back States-side, Noah gets a chance to step away from his computer screen and act as a covert agent. Megan James, along with a couple other NSA contractors, is brought in for a “job.” The laptop they provide her with is rigged up so that any suspicious sending of information, even copying and pasting, will alert them to her being a mole. However, she doesn’t take the bate. What she does take is a lunch date offer from Noah when he has to stall her from leaving–Hannah is currently in her home searching for any sign of her treason.

What Hannah finds is a notebook with a sequence of letters and numbers written in it. She knows what it is–she doesn’t need to copy and paste anything because she has a photographic memory, able to store large strings of code in her brain at a time.. She tells Noah to apprehend Megan while they are out to lunch, and as he tells her to empty her purse she pulls a gun on him. She knows the jig is up. She makes him drive, and actually stabs Noah in his leg to tell him she means business, but Noah swerves the car, crashing it and knocking her out. When she wakes up, he has the gun, and she is being taken in.

With Sokolov’s intelligence seemingly good and his story confirmed, the team readies him for defection to the United States. However, word comes down that the U.S does not want him. Tensions are too high with Russia and Venezuela at the moment, and word that the United States has given asylum to one of their agents would fan the flames of the fire. But Dalton assures Campbell if they leave Solokov here, he is a dead man. What to do?

Of course they assist him in faking his own death and getting him back to the United States safely, though he will not be able to see his daughter Paloma again. Hopefully he gets the treatment he needs. But… really, though? Is that what we want? This guy has been an enemy of the west and the United States itself for over thirty years. Who knows how many lives he is directly or indirectly responsible for taking? Why do we care about his safety? The U.S has literally nothing to lose here. So the entire episode felt a bit low-stakes. Perhaps my least favorite mission of the week thus far.