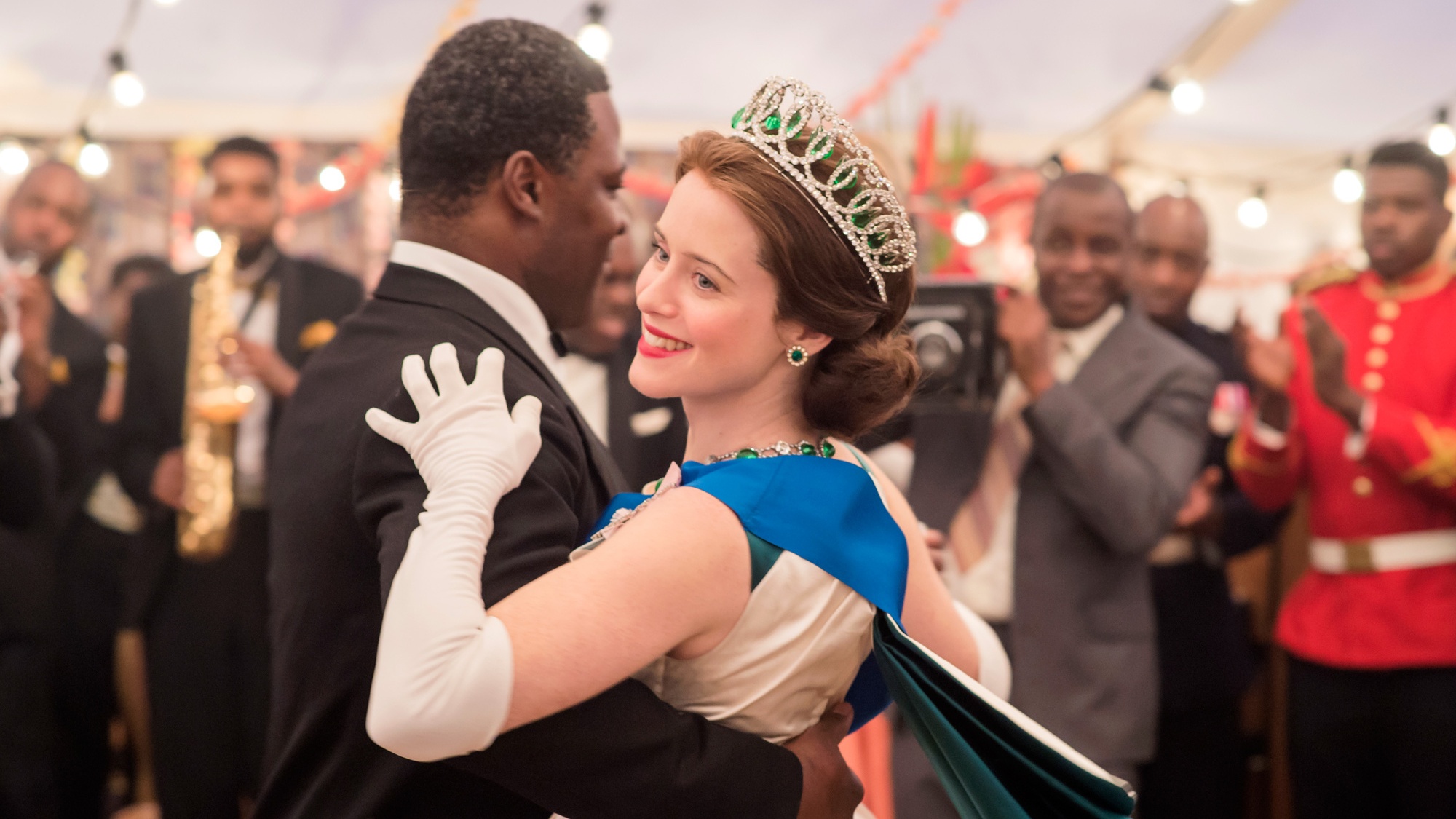 The Crown Season 2 remains mesmerizing television right to the end, but its final third is deeply uneven, frequently hitting season highs and lows within the same episode, full of frustration and undeniable brilliance at the same time.

It’s honestly the highest of compliments that the show remains so well made and satisfying that even when the series’ focus again shifts away from its greatest strengths (Elizabeth) onto its biggest weaknesses (Philip), you still can’t stop yourself from gobbling it down as quickly as possible. Does this mean that every storyline is great? No. There are still far too many bizarre narrative choices which cast Elizabeth as a helpless passenger in her own life, even as the series continues to tell a compelling story.

That does change somewhat in “Dear Mrs. Kennedy” (Episode 8), an installment which brings John and Jacqueline Kennedy across the pond for a visit. Though it (unfortunately) frames some of Elizabeth’s most self-affirming decisions as direct results of her jealousy of Jackie – not every woman views herself in competition with other women, show! – it nevertheless gives us one of our clearest looks this season at the queen’s point of view. The real negative of “Dear Mrs. Kennedy” isn’t that some of these historical beats are clearly wildly made up. (Though, they absolutely are.) It’s that Michael C. Hall, normally a tremendously solid performer, is woefully miscast here, playing a drug-loving, abusive JFK that seems more like a predator than a president. Jodie Balfour is much better at displaying the fragile steel at the heart of Jackie, and the episode’s best scenes come when she and Elizabeth are alone. That the two women have more in common than they originally suspected shouldn’t be as surprising as it feels, but their conversation about the anxieties and insecurities that come along with being women in positions of global power or influence is positively wonderful. 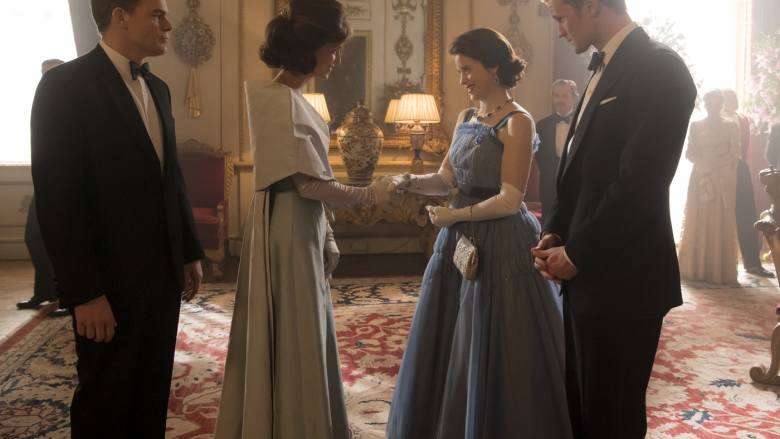 Though Elizabeth’s trip to Ghana is framed as a direct response to her feelings about Jackie (ugh, again), it is nevertheless a fantastic and extremely necessary sequence. Not only is it beautiful to look at – it’s one of the moments in the series when I most want to know how they filmed it, because it so closely recreates real life – it is a rare moment that is solely about Elizabeth. The Kennedys’ visit, along with Jackie’s alleged mean comments about her, spur Elizabeth to involve herself directly in the growing crisis in Ghana and convince Kwame Nkrumah, the nation’s first Prime Minister, to keep his country in her Commonwealth. Admittedly, it’s frustrating that The Crown chooses to link one of the few outright victories we see for Elizabeth this season to something as basic as petty jealousy, but the fact that the episode so keenly focuses on the queen’s feelings feels like a breath of fresh air. Plus, as a viewer, it straight up just feels great to see Elizabeth win at something, after half a season of getting sidelined and (probably) cheated on.

The season’s ninth episode, “Paterfamilias” swings the pendulum of our story back to Philip in a big way. The episode, which chronicles his decision to send young Prince Charles to Gordonstoun, the same (generally awful-seeming) boarding school he attended. Half of the episode is dedicated to flashbacks of Philip’s time there, as we watch a boy furious at the world find an outlet in the school’s regimen of intense physical activity and what appears to be fairly brutal social hazing. The other half explores young Charles’ time there, where the young Prince of Wales has an extremely different experience.

That this episode is a fantastic bit of television is undeniable. However, despite its devastating emotional beats, it’s still difficult not to resent an hour this close to the end of the season that marginalizes Elizabeth so strongly. Surely, a show that’s ostensibly about the longest reigning monarch in British history could tell this story in a way that at least includes her feelings about Charles’ experience specifically and motherhood generally? There’s a particular pressure on Elizabeth here that gets almost zero attention – she’s not only required to be the queen, but also to successfully raise the next king. Outside of a few fleeting lines – which are spoken by a male friend of Philip’s, and not even the queen herself – about Elizabeth’s supposedly conflicted feelings re: her eldest son, we hear very little about her thoughts on motherhood. It’s disappointing, but I suppose that if you’re going to sideline Elizabeth, then it’s best to do it for an episode like this, which illuminates so many things about several of the people closest to her. 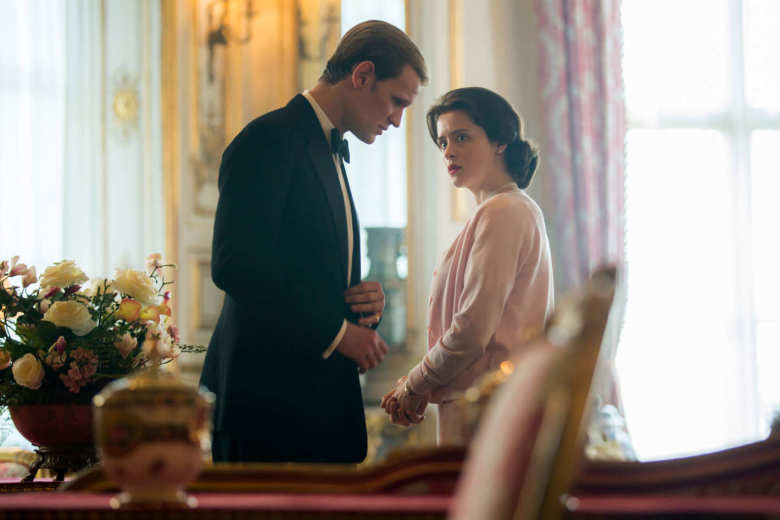 Since the next season of The Crown will undoubtedly feature Charles as a more defined and present character in his own right, it is probably important that we start getting to know him here. You might be surprised to learn that the bulk of the story in “Paterfamilias” is true. Philip did send all three of his sons to Gordonstoun, no matter how much any of them disliked it. Charles famously did despise his time there, referring to it later in life as “absolute hell.” Philip’s family did have Nazi connections, his sister did die in a plane crash and a newborn baby was really found in the wreckage. The Crown does an admirable job of exploring why the environment of Gordunston helped Philip but harmed his son, and skillfully uses their parallel school timelines to illustrate what feels like inevitable reasons for the tremendous chasm between them. It all builds to a tremendous scene between the two – a father who wants to push his son to be more, a son who fears the father he knows he’s disappointing but doesn’t understand why. Even without Elizabeth present for much of it, it’s one of the most compelling episodes of the season and provides valuable understanding about Charles’ psyche that will doubtless come into play in future seasons.

Season 2 wraps up with another heavily Philp-focused installment, which casts his involvement in the infamous Profumo Affair, a very real scandal that led to Prime Minister Harold MacMillan’s resignation, as much a larger – and surer thing – than history currently supports. The truth is that we don’t know whether Philip was involved in any of this. Stephen Ward, the man at the center of this scandal, did paint several portraits of the Duke of Edinburgh and Philip’s name was often speculated about in connection with it, but nothing was ever proven. The official Profumo file is still not available to the public, and though several outlets speculate to this day about why that is, the short answer is that we simply don’t know the full extent of everything that happened. 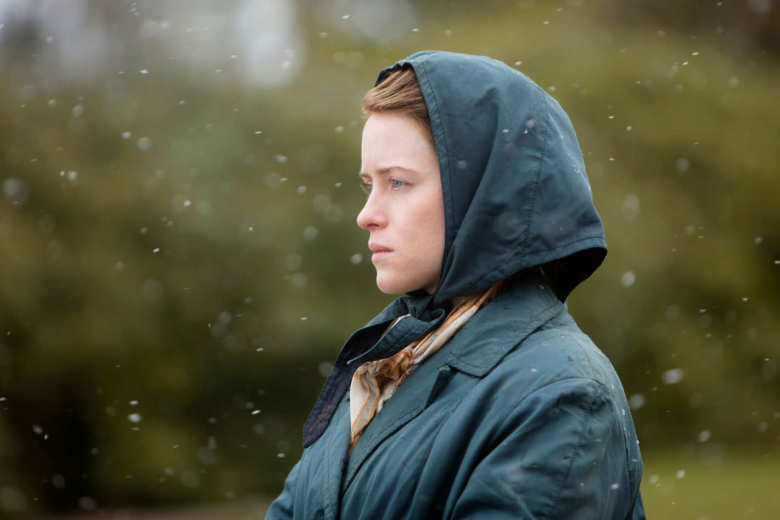 Earlier in the season, The Crown delicately danced around the open question of Prince Philip’s supposed infidelities, carefully not leaning too hard in one way or the other. The show seems to have no similar compunction regarding the Prufmo scandal, all but putting up a bit sign made of flashing Stranger Things-style lights that read GUYS, PHILIP TOTALLY DID THIS. It’s an interesting decision, given the equally vague historical facts of the issue, but it leads to a deeply moving and generally satisfying face-off between Elizabeth and her husband, so in the larger sense, it’s worth it.

The Elizabeth who retreats to Balmoral during the height of the scandal is amazing to watch. From her disdainful final audience with a bedridden MacMiillan to her painfully frustrated and resigned conversation with Philip is perfect. For all that the sudden abundance of Philip this season can be difficult to take, Matt Smith deserves nothing but praise for his performance. After watching Philip cruelly berate his son in the previous episode, it’s almost impossible to believe that this is the same person who makes a heartfelt plea to his wife not to pull away from him into the armor of her position. Smith deserves all the accolades in the world for his work here. And there’s something deeply satisfying about Elizabeth finally confronting her husband with his (alleged) indiscretions. We’ve been waiting all season for this moment, in a way. But it still feels like this moment may have come too late in the season. Their conversation is heartrending, but there’s still so much left unsaid.

Season 2, on the whole, is a bit like that too. The Crown remains a beautiful, entertaining, exciting ride. But as we say goodbye to Claire Foy’s queen, and prepare to meet Olivia Colman’s version in Season 3, it’s hard not to wonder what this section of our story might have looked like – how much more compelling it might have been – had this Elizabeth’s perspective gotten the focus it deserved. It feels like she probably still had a lot to say.