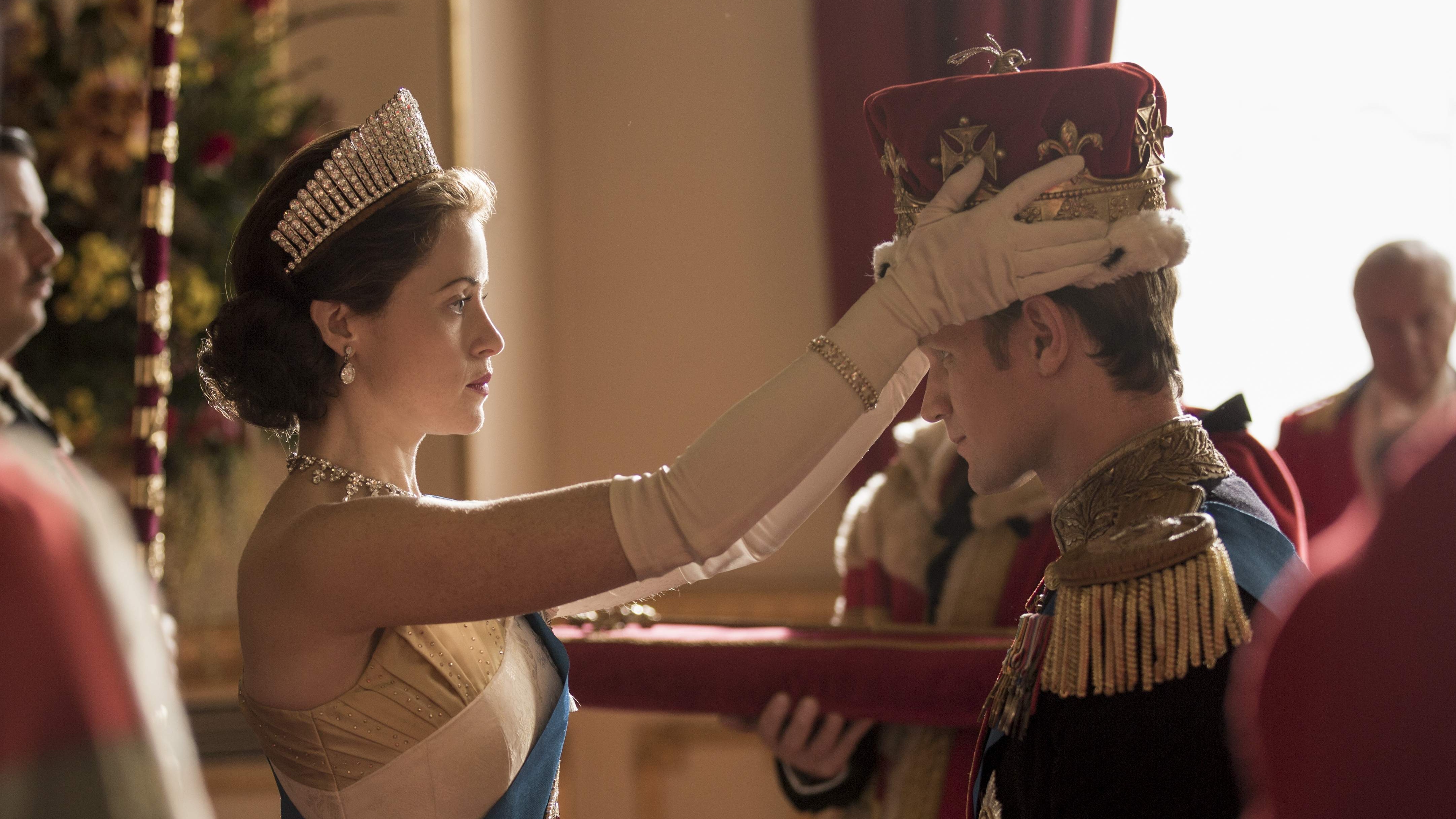 The second season of lavish Netflix period drama THE CROWN takes many of the elements that made the first so successful, and builds upon them. Season 2 is more expansive and dramatic than its predecessor, with a plot that moves at a much quicker pace.

For the most part, this is an all around good thing, as Season 2 is a rollicking good ride, a sort of luxurious soap opera that also happens to be a peak piece of prestige TV. If it doesn’t quite reach the same heights, narratively speaking, as Season 1, then The Crown nevertheless covers it well, packing in more historical drama, relationship strife and scandal than ever before. The show is tremendous fun, and will probably be the easiest binge you complete all year.

That Season 2 cannot quite recreate the near perfection of its first season is perhaps due to the fact that it doesn’t have nearly as clear an arc to follow. Season 1 of The Crown felt like an origin story for Elizabeth Windsor, exploring her ascension to the throne and the sacrifices she had to make as a result of coming into her power a great deal sooner than she ever expected. The rise of the young queen, and her evolution into a capable monarch in her own right, provides a clear and compelling story for the series’ first season. 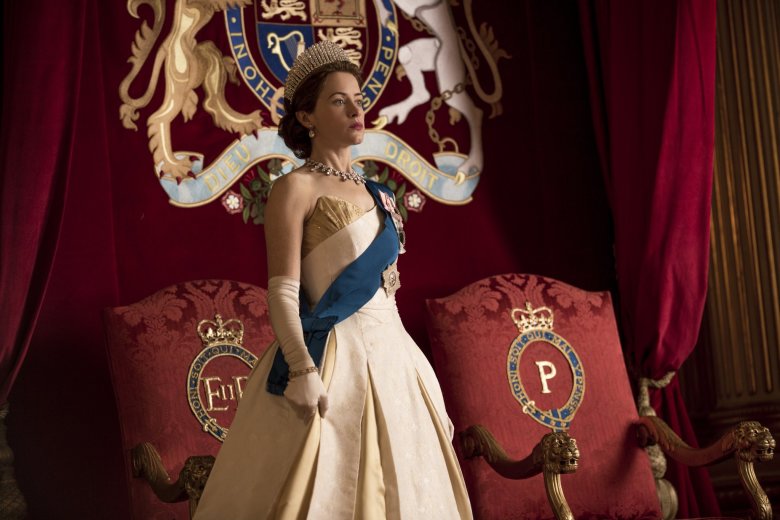 Season 2, on the other hand, feels much more directionless, meandering from what feels like a royal crisis of the week to a..different royal crisis of the week. Certain thematic elements unite the bulk of the episodes – ideas of family, romance and the dual nature of public/private life appear often – but the season seems content to tell several stories in discrete chunks rather than tackle a single overarching narrative. However, the faster, constantly moving pace somehow manages to make the transitions between these individual storylines feel seamless.

The first chunk of Season 2 deals with Philip and Elizabeth, and the generally crumbling state of their relationship. As the season begins, the royal marriage appears to be foundering, and we watch the couple acidly discuss both their general discontent and their growing awareness that they’re stuck with one another, whether they like it or not. Such is the power of the crown, it would seem. Philip seems deeply unhappy – restless, yet resentful of the plan to send him off on a multi-month tour to kick off the Olympics in Australia and visit the farthest reaches of the Commonwealth. We spend quite a bit of time with Phillip at sea, watching as he gives rousing speeches to his Britannia crew, explores exotic locales, drinks with his friends and stares pensively out across the ocean. All things considered, he seems to be quite in his element, the odd moment of missing his family here and there aside. The season’s first four episodes deftly skirt the question of whether Philip’s rumored infidelities actually happened, leaving it up to viewers to determine how the feel about the prince’s behavior.

The opening of Season 2 focuses heavily on Philip, often forcing Elizabeth completely into the background. Theoretically, this isn’t necessarily a bad thing, as his experience isn’t completely irrelevant to the story of the strain caused by a performative public life that Season 2 seems. However, the fact that this part of the story seems to privilege Philip’s POV over Elizabeth’s in several key places, and doesn’t provide much in the way of equivalent context for her feelings. 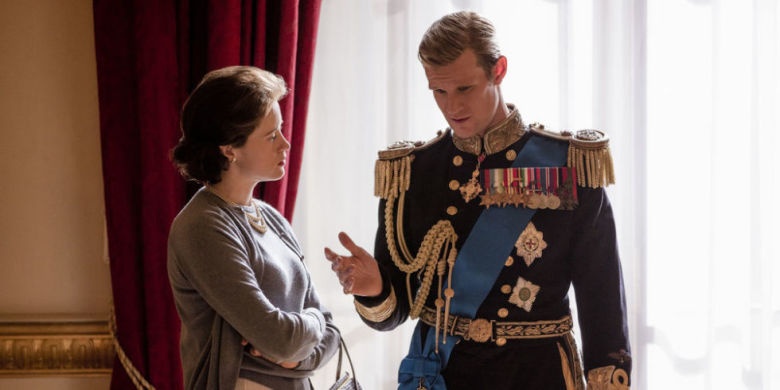 Do we really need to spend quite so much time on Philip’s royal sea tour? Surely, a few of these sequences would have been plenty to establish that he’s a man who resents being forced to stay in the shadow of the woman he married, or that he enjoys running about with a boatful of male companions far more than performing duties of state.

An awkward interview with an Australian journalist brings Philip’s difficult and unusual personal history to the fore, but as yet The Crown really hasn’t done much with it, other than imply it’s a(nother) reason that we should feel sorry for him. There are moments – such as the revelation that Philip read his interviewer completely wrongly and she’s out to get a real story not looking for a romantic hookup – in which it feels as though The Crown is judging Philip’s actions, and that he often comes up wanting. Yet, these first few episodes also often relegate Elizabeth – the Queen of England, mind – to the role of put-upon wife, waiting by the phone for his calls and fretting over what he might be doing.

Happily, though, Claire Foy remains as astoundingly good as ever, so when the series finally takes the time to give us a hint of Elizabeth’s perspective, she takes full advantage of it. This Elizabeth is perhaps a bit more polished than her Season 1 self, a little more removed, a little more purposefully presenting herself as an extension of the Crown than a person. Yet, Foy beautifully conveys the truth of the Queen’s emotions that still simmer just beneath the service, using quiet sighs and artfully placed long pauses. Even the simple act of breathing becomes capable of communicating volumes about the queen’s state of mind. 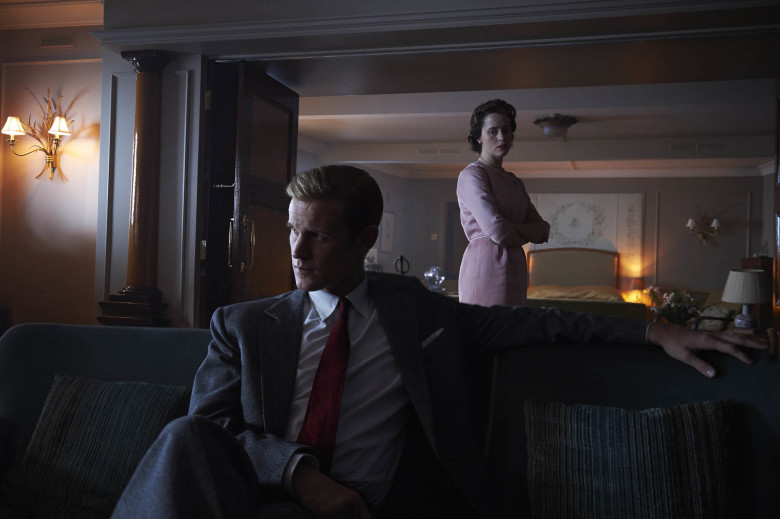 In many ways, Season 2 feels like The Crown expanding its story out beyond merely Elizabeth, for good or ill.Not only does Philip’s screentime get boosted significantly, the first four episodes also tell the story of the Suez Canal crisis, check in with an increasingly destructive yet fragile Princess Margaret, and even show us the story of Philip’s best friend’s/personal secretary’s divorce. (And the somewhat sketchy men’s club that helped bring it all about in the first place.)

There’s a lot going on here, but the season thus far is largely successful at mining lesser known figures and dramas for good story. Can this ultimately make up for the fact that Elizabeth – ostensibly the point of the whole show – isn’t around as much? The jury’s still out on that.