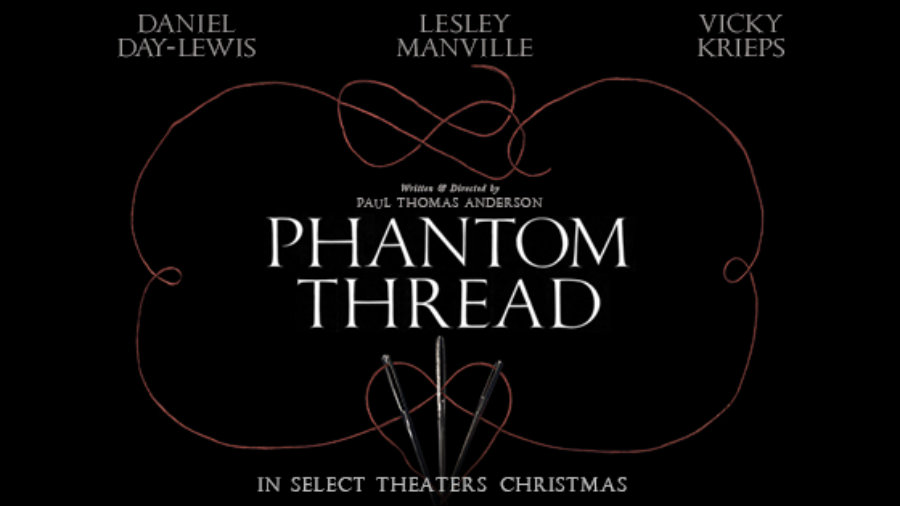 It’s hard to imagine that anyone can beat Gary Oldman’s performance as Winston Churchill in Darkest Hour, but going by history, that competition would indeed come from Day-Lewis in Paul Thomas Anderson’s latest movie Phantom Thread.  This morning, Focus Features (who is distributing both movies) released the first trailer and poster for Anderson’s film, which had been shrouded in mystery for some time.

Part of that has to do with Day-Lewis saying that this would probably be his very last acting role.

In the movie, he plays Reynolds Woodcock, a renowned dressmaker in post-war London who is at the center of British fashion along with his sister Cyril (Lesley Manville, Another Year). They dress royalty, movie stars, socialiites and more with the style of the House of Woodcock as Woodcock remains a bachelor until he meets Alma (Vicky Krieps), who becomes his muse and lover.

This is clearly new territory for Anderson, what seems to be a period love story set in the world of British high fashion of the ’50s, and maybe Phantom Thread will be Anderson and Day-Lewis’ return to the Oscars.

You can watch the first trailer for Anderson’s eighth movie, which will be released on Christmas Day, below.