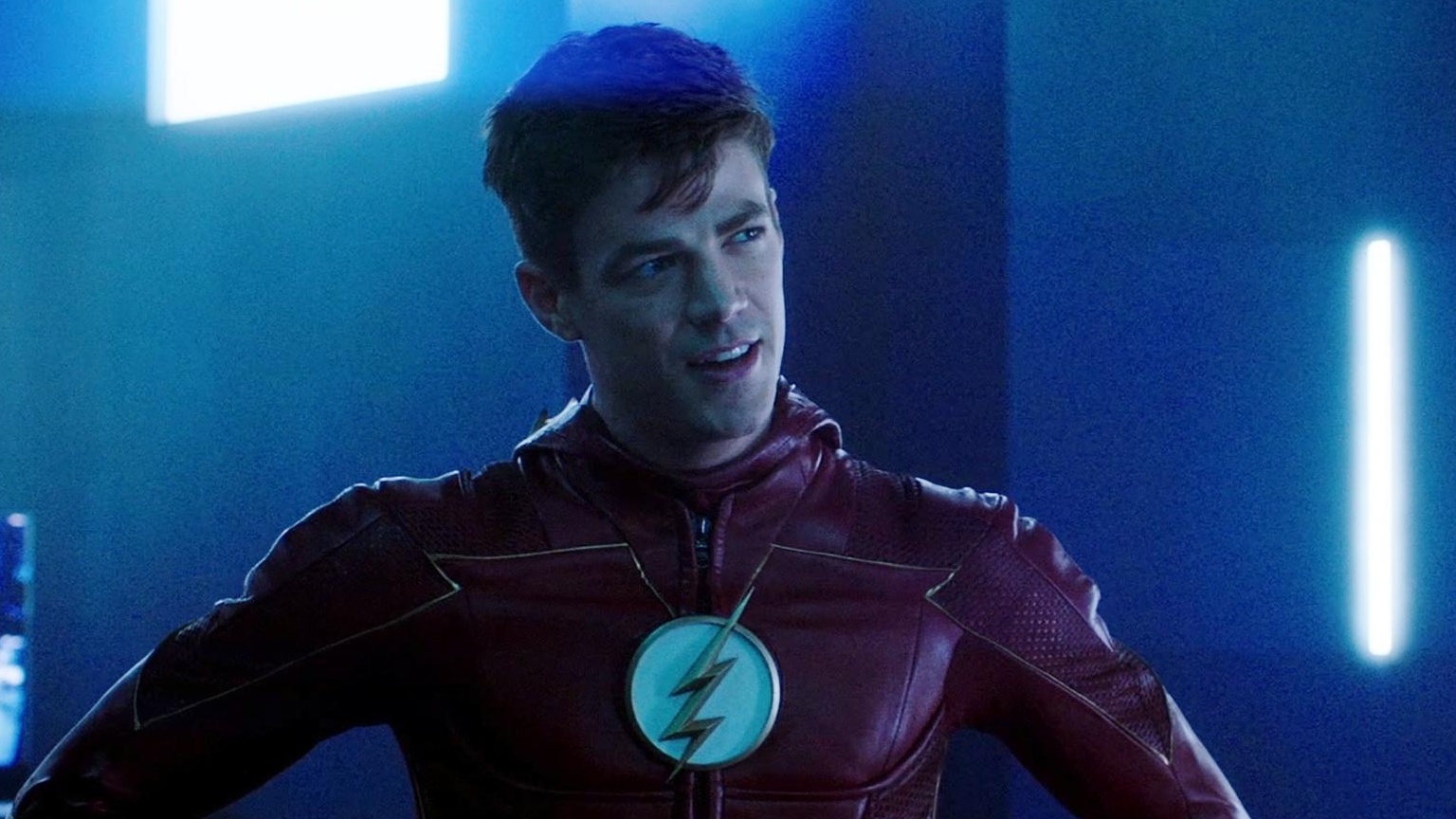 I can’t believe we’ve hit the mid-season finale already. This week it’s wit over brawn as Barry (Grant Gustin) must come to terms that he’s greatly out of depth with The Thinker (Neil Sandilands). Even by the episode’s end, I don’t think we’ve seen the grand plan DeVoe has in store Barry. And we are still no closer to his motivations for doing all of this either.

It’s so weird how easily both Barry and Caitlin (Danielle Panabaker) were taken. Barry by DeVoe and Caitlin by Amunet (Katee Sackhoff). Amunet wants Caitlin to operate on Dominic Lanse (Kendrick Sampson), who DC fans will recognize as Brainstorm, a meta who can read minds. With a power inhibitor bracelet on Caitlin must use her wits to get out of this situation. 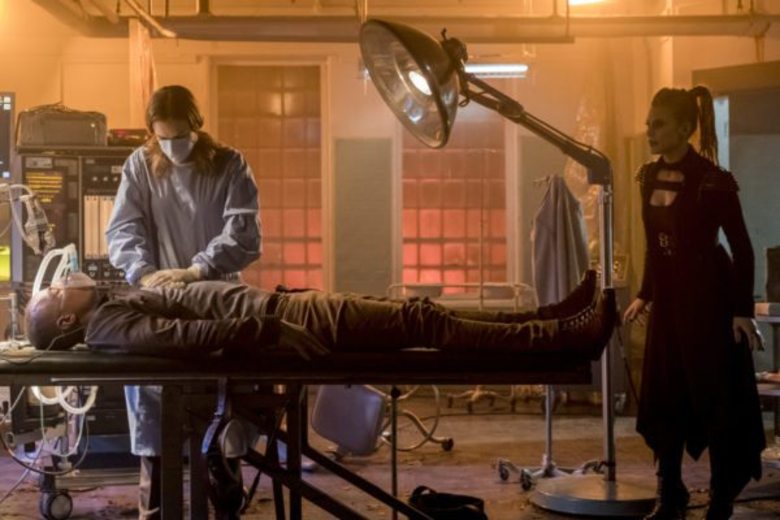 I want to point out how stupid it was that when Barry asked DeVoe why exactly is he doing all this, DeVoe condescendingly puts him down. I say to writers Sam Chalsen & Judalina Neira (as well as the entire Flash writing room) “come on”. This now feels like wheel-spinning, which it was to set-up a flawed, but a great twist. Even Marlize DeVoe aka The Mechanic (Kim Engelbrecht) came off stupid.

With both Barry and Caitlin taken, Iris (Candice Patton) once again heads up Team Flash. With Cisco (Carlos Valdes) and Ralph (Hartley Sawyer) at each other’s’ throats, Joe is sent spiraling with Barry gone, it’s Harry (Tom Cavanaugh) who keeps his head on his shoulders. Iris is not thinking straight herself. She uses the full resources of S.T.A.R. Labs’ resources which overloads their systems. Harry being Harry tells Iris that she is the problem as they can only find Caitlin or Barry, not both. Iris makes a tough call and decides to find Caitlin (the right call).

As they find Caitlin’s location, Cisco and Ralph arrive in the nick of time as Caitlin and Dominic make it out of the abandoned hospital with Amunet on their heels. As Cisco and Ralph use their powers to push back Amunet, Cisco can breach everyone back.

Iris was right. Barry was able to take care of himself as DeVoe’s Speed Force prison proves to be ineffective when Barry vibrates himself invisible leading DeVoe to inadvertently release him. As Barry goes to apprehend DeVoe, DeVoe uses his floating wheelchair to teleport himself and Barry over Central City. In one of the show’s more unique fight scenes, Barry and DeVoe duke it out flying through the city until Barry vibrates as DeVoe’s wheelchair tentacles backfire cause the chair to explode and the Cisco’s raft floatation device activates as the two men fall into the river. 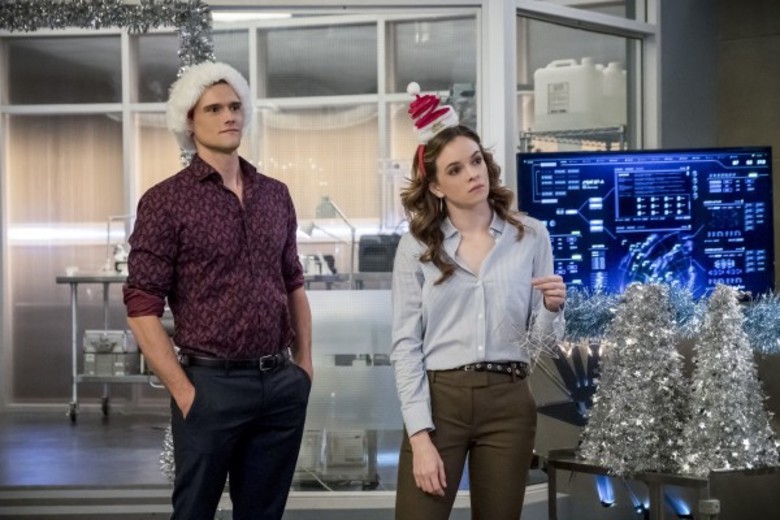 As everyone gathers for Christmas, Barry tells Iris that she made the right call and she’ll have plenty more to make in the future. As Barry gets an alarm from the loft, he goes to check it out. It turns out that Dominic has been taken over by DeVoe. DeVoe and Amunet have been working together this whole time. The transference of DeVoe’s consciousness into Dominic’s body is so confusing and convoluted it makes no sense. What also made no sense is how were the two men were able to have their own consciousness in their own bodies? The timeline of when exactly this took place needs firmly established.

With Dominic as DeVoe now, he leaves his old body in the loft Barry shares with Iris. And that single knife that Barry had put his fingers all over earlier in the episode as Iris and Barry opened wedding gifts is the murder weapon used on DeVoe’s corpse. Just then Captain Singh (Patrick Sabongui) and SWAT team break down the door and see the crime scene. Singh puts Barry under arrest.

Look the last two minutes where Barry has been set-up for DeVoe’s murder is the best twist this show has done yet. Making it even more impactful was Barry taking responsibility for it telling himself “Don’t run” and he’s right as it would only make things worse.

The mechanics of the body transference are one of those reveals that need more time to make an impact cause that literally just doesn’t make any sense whatsoever. And we desperately need DeVoe’s motivations for all this all it’s just kind of tired seeing a bad guy be evil for no reason. Literally, the only thing we’ve been given is the body transference which makes sense as it’s been stated DeVoe’s body had been deteriorating.

The episode before the crossover now makes more sense in the grand scheme of things as Barry is now discredited as he’s been so obsessed with DeVoe it makes the murder look all the more plausible. 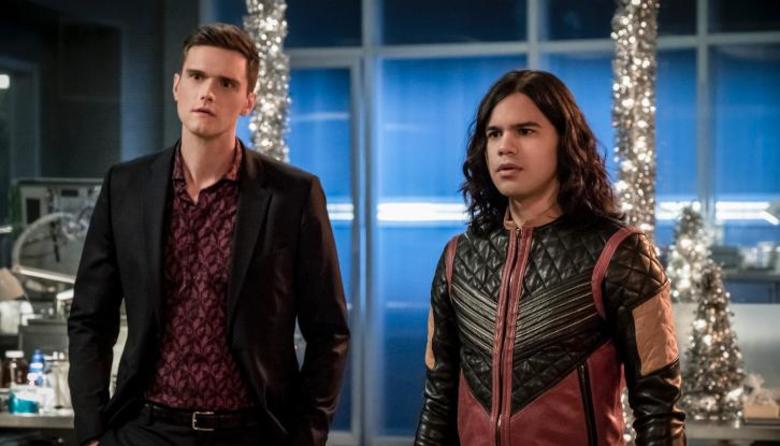 Some quick things to note: Wally is once again MIA. The lazy way they keep writing him off, I wonder why he was written into the show in the first place. Let’s have Ralph move on and bring back Wally. Iris also being mad that Felicity (Emily Bett Rickards) and Oliver (Stephen Amell) upended their own wedding by getting married as well is totally justified. That was really selfish of Felicity in a crossover that found her worst qualities flourishing.