Harry wells himself Tom Cavanaugh directs this week’s episode of The Flash and it is a fun one. Having shades of noir without getting too dark, “Elongated Journey Into Night” is a fun episode that adds a new potential hero to Team Flash. Seriously, never in a million would I think this show would introduce Ralph Dibney/Elongated Man (Hartley Sawyer). Running his reelection campaign, Mayor Anthony Bellows (Vito D’Ambrosio) is front and center. Along with a man from Barry (Grant Gustin) and Joe’s (Jesse L. Martin) past reemerges from their past. While investigating the death of the bus driver that happened to be driving the bus that he and the team unwittingly turned into metahumans, Barry and Joe come across Ralph Dibney’s name. Joe and Barry visit Dibney’s office as he is a private investigator. Joe and Barry do not like Dibney and the feeling is mutual as Dibney was a dirty cop who Barry exposed. Barry and Joe seek information about if he was on the bus but Dibney wants money. Disgusted at being shaken down the two men leave, only for two thugs to enter and threaten to kill Dibney. Well, answering the question of whether Dibney was on the bus or not as he left hanging over the side of the building only to turn into silly putty and sliding down to safety onto the street below for Barry and Joe to see.

Taking him back to S.T.A.R. Labs, the animosity between the Dibney and Barry continues to escalate. Caitlin (Danielle Panabaker) steps in as she sympathizes with Ralph’s situation as he has powers he doesn’t want. Something she has to remind Barry of. It’s also finally revealed why Barry and Dibney hate each other. Barry exposed Ralph of planting evidence and framing the wrong person for murder in order to close a case. This also hit Barry as the case resembled Barry’s mother’s death. As the team investigates they find out the attempts on his life are due to the fact that he has photos of the Mayor cheating on his wife and blackmailing him for a significant amount of money. Claiming to be a victim because he’s hard up on money living paycheck to paycheck, Dibney bolts after Caitlin concocts a formula that restores him to normal.

The Mayor not liking that Barry and Joe know about his infidelity orders his thugs to take out them and Dibney. While Joe and Barry wax poetic over beer whether or not Dibney is a good guy, the Mayor’s goons show up dressed as cops to take them out. Barry, however, is able to easily dispatch the two, with Joe and he going after Dibney once they realized the goons worked for the Mayor. Thankfully, Barry dropped a tracker on Dibney, who’s currently in an alleyway outside City Hall doing an exchange with the Mayor. Dibney decides to hand over the photos and not take the money to do the right thing for once and not be dirty. Barry as The Flash shows up in time to stop the Mayor from trying to kill Dibney (not that he needed help as the sneezed out a point-blank shot). 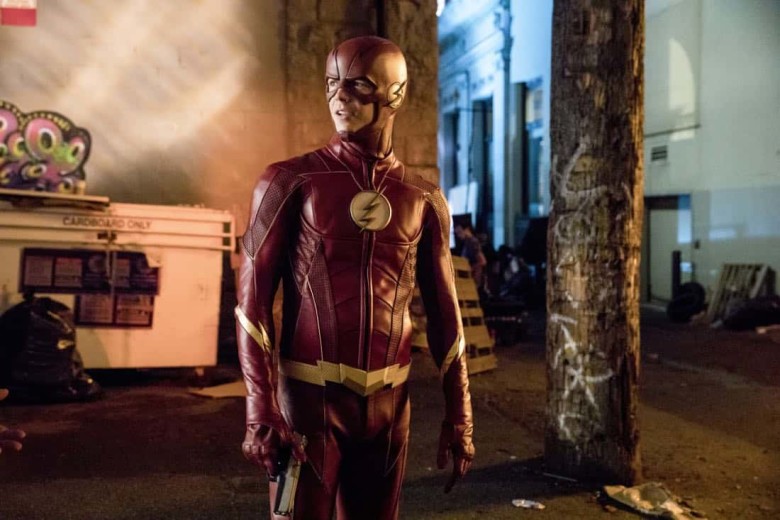 However, Breacher (Danny Trejo) shows up and gets in the way letting the Mayor take Joe hostage in an escaping helicopter. With that, Barry talks to Dibney revealing his identity begging him to help him save Joe. Proving to be a hero for once, Dibney stretches and grabs the helicopter with Barry running up his arm into the copter, disabling the Mayor to which Joe blurts out that Cecile (Danielle Nicolet) is pregnant. Later, Barry visits Dibney offering a second chance to which Dibney agrees. Barry asks Dibney just how exactly did Dibney manage to investigate the Mayor. Well, Dibney tells Barry Devoe pointed him out and that’s all he knows triggering flashbacks to when he was brought up when Barry was battling Savitar. Excited, Dibney is ready to investigate.

This week’s episode was a strong one. While the A-plot with Dibney went down, Cisco (Carlos Valdes) had to deal with Breacher, who is Gyspy’s (Jessica Camacho) father. He’s intent on killing Cisco with Harry telling Cisco to use his wits. It’s a fun twist on meeting the father and all the baggage that come with it. Plus, it tied nicely back into the A-plot when Breacher sees Dibney as a “plastiod” interrupting Barry’s heroics only for Cisco to step in and save them both earning Breacher’s respect. Also, the names Josh for Breacher and Cynthia being Gypsy’s real names are really funny. Danny Trejo, one of my favorite character actors, was a treat being in this episode. 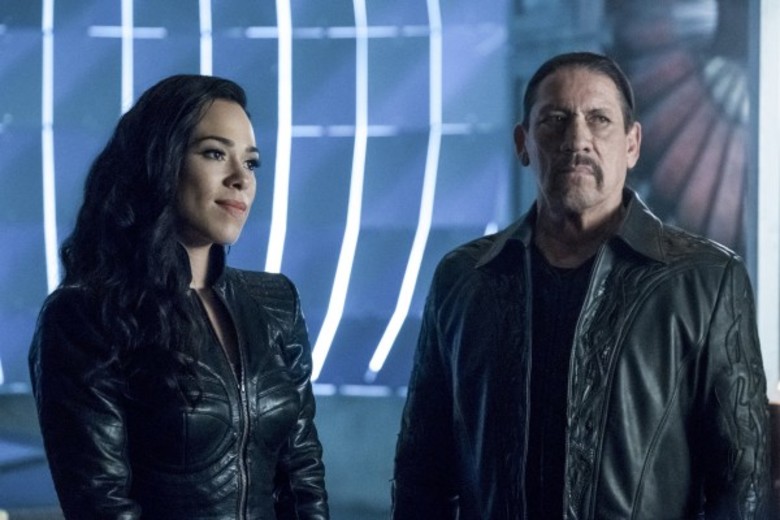 Once again, Tom Cavanagh proves to be an excellent director in managing the noir tones with a more light-hearted feel. Some shots reminded me of the films I watch every Sunday morning on Noir
Alley in the best way possible. Writers Sterling Gates & Thomas Pound are able to Ralph Dibney a classic noir anti-hero that’s still redeemable. I imagine this will kick off an arc in which he fully transitions into Elongated Man and maybe joins the Legends.

Seriously though I really hope Tom directs more episodes. This is a standout in terms of character and storytelling. The brief scene where Joe breaks the news to both Iris (Candace Patton) and Caitlin with a box of cigars is both sweet and goofy in the right way. And that little moment with Caitlin seeing that ominous message of “We miss you. See you soon” was also a nice way of keeping her mystery going without overblowing it (carved on her door no less).