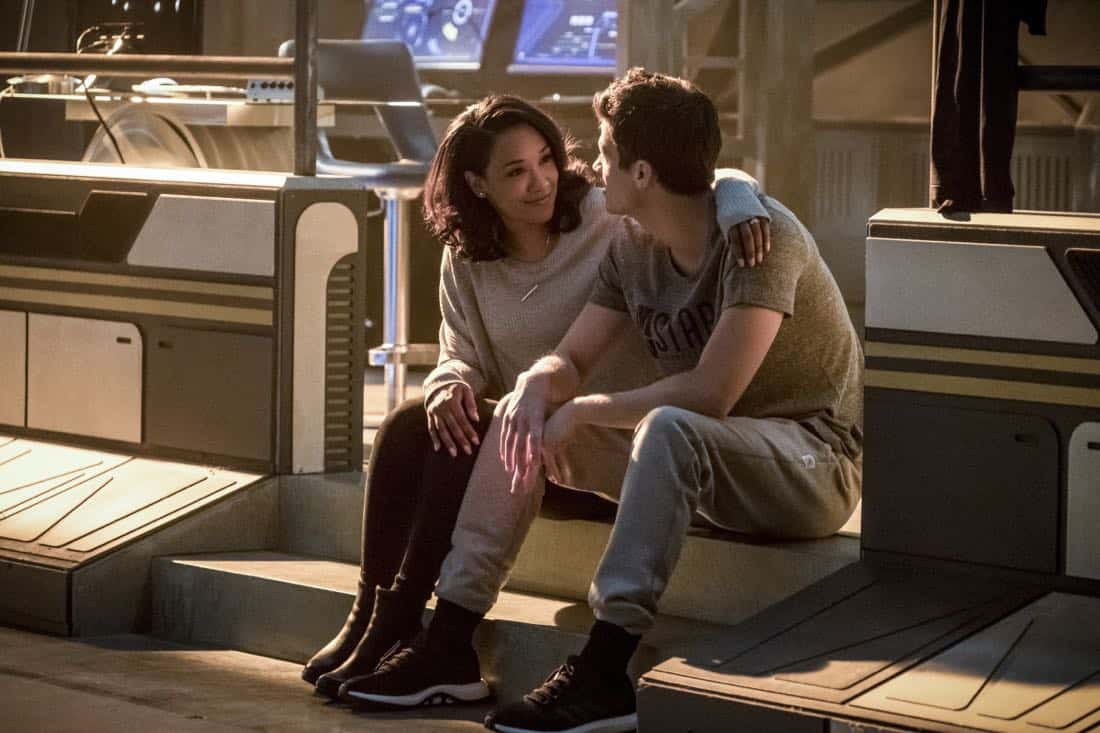 Now that’s what I’m talking about! “Enter Flashtime” is the best episode of the season thus far and one of the best episodes of The Flash yet. The season threat feeling this real hasn’t been felt in a long time. Sorry not even The Thinker came this close to feeling dangerous this season (so far).

For those of you wondering yes, the eco-terrorist Veronica Dale (Bernadette Saquibal) is the villain Hyrax from the Green Arrow comics. She puts the team through the ringer in this one episode more than Clifford DeVoe (Neil Sandilands) has. Sure, DeVoe may have ruined Barry’s reputation by framing him for murder, but other than that he really hasn’t pushed the team as past villains have. For me, I hope the writers bring back Veronica in the future.

Starting in media res, the stakes of the episode are thrown in from the moment this episode began. Credit to episode director Gregory Smith as well. “Enter Flashtime” has one of the most hardcore shootouts I’ve seen yet on The CW. Seriously, it felt like I stepped into a Michael Mann movie. I really thought Joe (Jesse L. Martin) was in dire straits until the team showed up.

Oh and speaking of, this episode did what I’ve been complaining about every episode. Instead of Ralph (Hartley Sawyer) being out there with Barry (Grant Gustin), it was the team itself. This felt like an old episode of The Flash in the best ways possible. Seeing Caitlin (Danielle Panabaker), Cisco (Carlos Valdes), Jesse (Violett Beane), Jay (John Wesley Shipp), and Joe all working together with Barry brought back that warm feeling of seeing competent, strong characters be put through the ringer and failing to be part of the solution was exciting. This is what I wanted the whole season. In fact, I would love it if Ralph never pops up again.

Building on Barry’s new powers first displayed in “The Trail of The Flash”, Cisco has come up with name (as always) for Barry’s manipulation of time and hyper speed. Flashtime at which Barry is moving so fast that it eventually takes a toll on everyone. It’s interesting to note that Jesse is able to enter Flashtime as well, however, just like Jay she can only hold it for so long before getting tired. This makes Barry literally “The Fastest Man Alive”. I just wish Wally (Keiynan Lonsdale) wasn’t on Legends, so he could learn this trick as well. Having the entire episode take place in Flashtime is such an inspired choice as we see just how much it affects normal humans as well as other metas and their powers. Even Barry can’t hold Flashtime forever as the bomb’s explosion kept getting bigger and bigger as Barry got more and more tired, slowing down Flashtime. 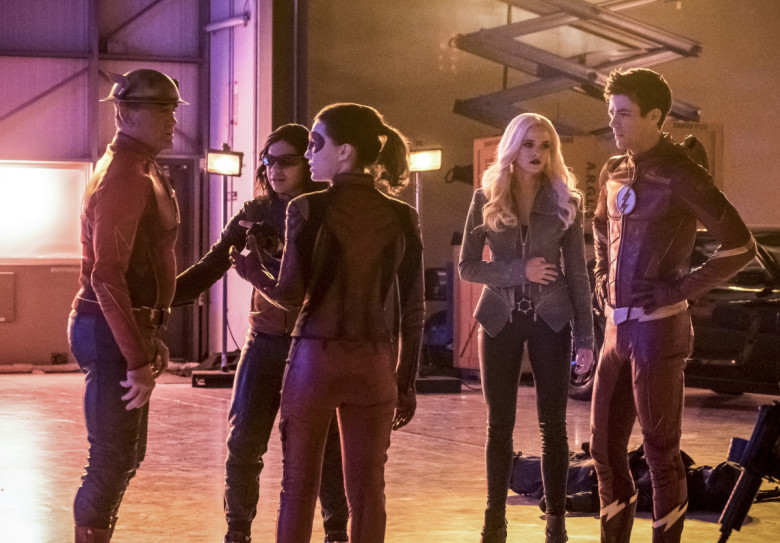 “We Are The Flash” pays off big time. If there’s one thing this season has done well it’s giving Iris (Candice Patton) agency and a purpose. Iris being the one to come up with a solution is welcomed change from it being either Cisco or Harry (Tom Cavanaugh) or both. Paying off the season premiere of Cisco’s device taking Barry’s place in the Speed Force, Iris says using the device will make the Speed Force lightning storm destroy the bomb. And it does. However, another reason that makes this episode strong is Barry asking Jay if the Speed Force will come for Barry and/or become unstable. So now in addition to DeVoe, that now looms over Barry’s head.

Girls being the strong backbone of the show continues as Jay announces that he’s having a daughter and will train her to take his place as he’s now getting too old for the job of being The Crimson Comet. It’s something that I think Barry himself as The Scarlett Speedster may have to eventually consider as the show may introduce Bart Allen aka Impulse aka Kid Flash 2. The B-plot of Jesse dealing with her issues with Harry are well done here as well. Sure it got a little too sweet at times, but it made for some nice tension between the two. And it brings Harry to terms with him staying on Earth-1 instead of Earth-2.

If there’s one big complaint I have it’s the mystery girl popping up at the end of every other episode since the Crisis on Earth-X crossover. She’s played by Jessica Parker Kennedy and I wish we could be properly introduced to her and what her endgame is. She knows who the entire team is, and it’s getting so creepy that now I think the team should avoid getting coffee at C.C. Jitters for a while. If there’s one thing this show is not good at it’s mysteries and their big reveals. Let’s just get this over with already.

I hope everyone can use what writers Todd Helbing & Sterling Gates have achieved here. Seriously if the rest of the season turns out this good, then we’ll have a have way decent episode. Anyways, stay tuned true believers!