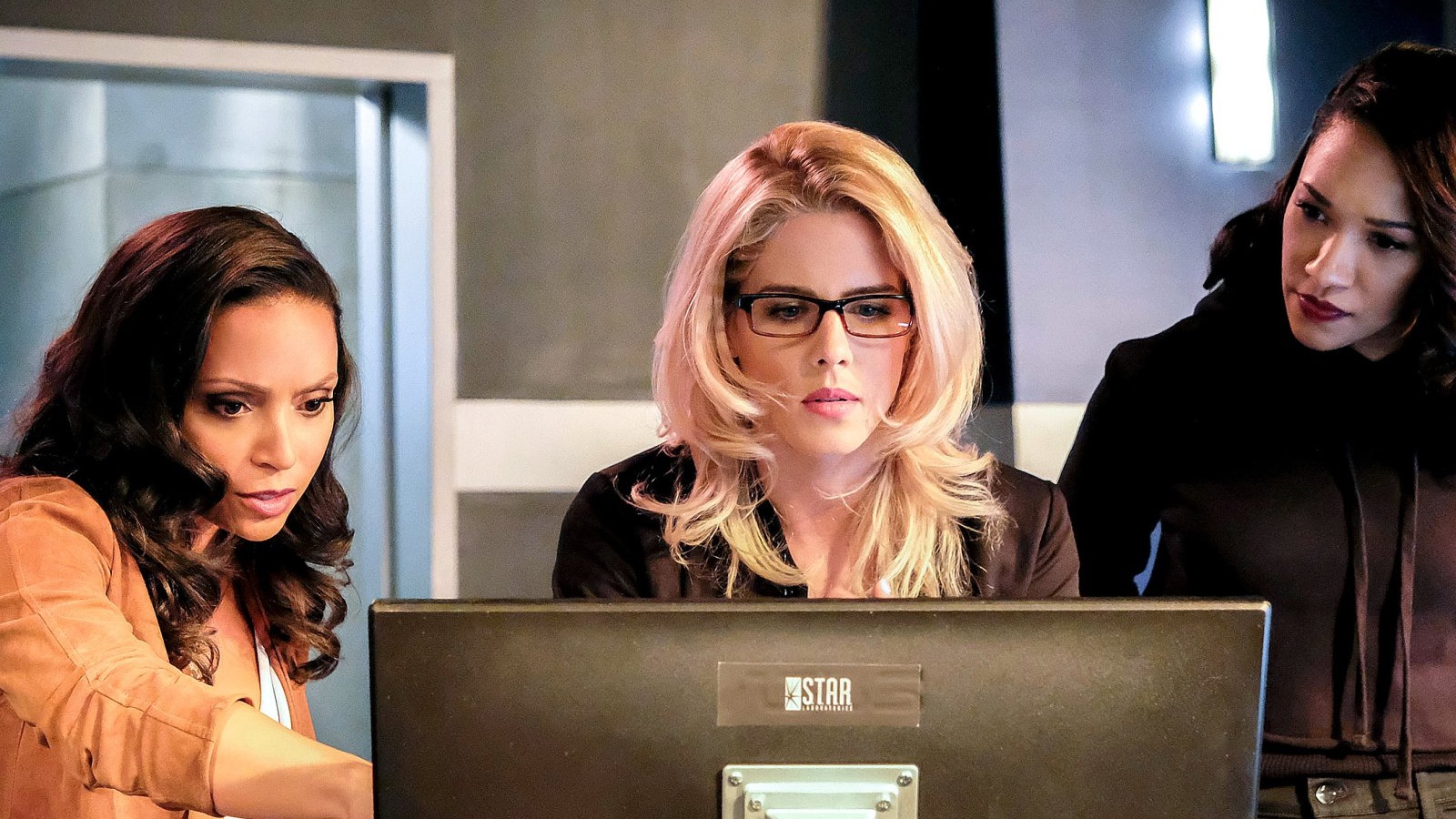 It’s another fun episode of The Flash this week as “Girls Night Out” lets the women save day as Barry (Grant Gustin) and the boys get into unexpected trouble. Popping in for an episode is Felicity Smoak (Emily Bett Rickards), who works better on this show than she has on Arrow for a long time.

As this episode revolved Barry’s bachelor party and Iris’ (Candace Patton) bachelorette party, I’m glad they didn’t shy away from the debauchery of it all. The ladies which also included Cecile (Danielle Nicolet) not drinking due to pregnancy and Caitlin (Danielle Panabaker) drinking as she’s hiding something, genuinely get excited when what they think is a male stripper approaches. That was truly funny. We the audience immediately knew that the girls are about to have a bad night. Norvack (Mark Sweatman) who you may remember from the season premiere is back to collect Caitlin as Amunet Black wants her back. For those of you keeping track, this would be the villain Blacksmith from the comics. The biggest surprise of the night is when we finally meet Miss Black and she’s played by none other than Katee Sackhoff who looks to be having a great time with her British accent and superpowers. What I loved is that Felicity blurted out “Hulk!” as that’s exactly what I was thinking when we learn that Killer Frost and Caitlin Snow fight for control over which person gets to be in charge. We learn from Killer Frost that Caitlin went to Miss Black for help after she learned Amunet had some tech that would let her stay Caitlin Snow and keep the Killer Frost alter ego suppressed. Permanently. Well, as we see not everything worked out as Killer Frost seems to emerge when she’s under stress (like The Hulk) as well as act as Miss Black’s muscle when needed.

With Iris unable to reach Barry and the guys, the girls resolve to take this on with “hashtag feminism” (by the way to cut from this to the next scene which involves the guys talking about feminism considering the circumstances is good writing). With Amunet controlling a man called the Weeper (Matt Alfonso) whose tears produce a powerful psychoactive drug; the women resolve to free the man and stop Amunet. 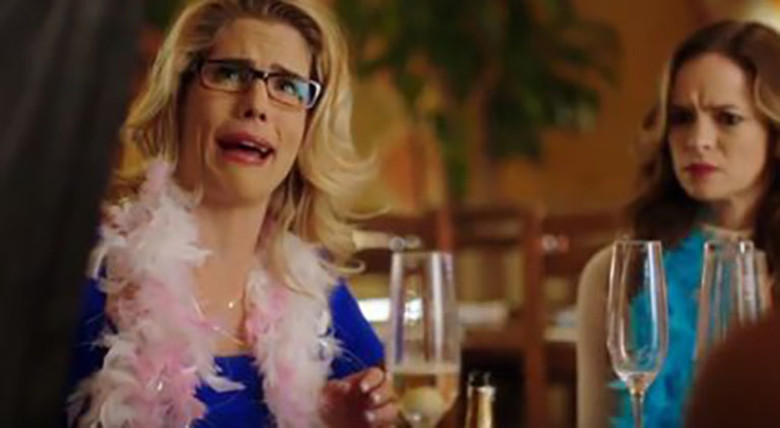 Caitlin and Killer Frost had a strong arc this week. Just as Caitlin is gonna jump to another Earth through a breach (who exactly was gonna do it remains a mystery) but after a too close encounter with Amunet as well as the girls getting into hot water while trying to foil a deal Amunet is trying to make with yakuza, she steps up. We also get to see just how powerful Killer Frost is as she can create an ice shield as well as create ice wave blasts. Not only that but by the end, it seems as if not only Caitlin and Killer Frost have come to terms, but Iris and Caitlin taking their friendship beyond just work buddies. I’m glad Iris was also there to tell Caitlin that her and Killer Frost don’t have to be so different. Seeing as Caitlin and Iris have had minimal interaction over the past few years (which is crazy when you think about it), I’m glad Caitlin has addressed some of the issues she had as well as Iris trying to rectify them. The four women work together very well and smartly the writers Lauren Certo & Kristen Kim are allowed to write them without the women being catty or other dumbed down tropes.

Same goes for director Laura Belsey who made sure that when Ralph (Hartley Sawyer) shows up to Barry’s bachelor party unannounced forcing the group of men to a strip club named The Golden Booty, it doesn’t veer off into getting too gross. It’s funny as none of the guys apart from Harry (Tom Cavanaugh) want to be there, and things got more awkward when the guys see Cecile’s daughter Joanie (Riley Jade). Joanie has to break it down to Joe (Jesse L. Martin) about how the male gaze works. By working at The Golden Booty, she can write a book about expectations of women in society. After Ralph starts a fight that gets everyone arrested except for Harry who bails them out, Joanie and Joe get to have another talk once they get home. Joanie is quitting after realizing that her book is not why she’s working there with Joe stating that she can do what she wants, but she should be honest with her mother. 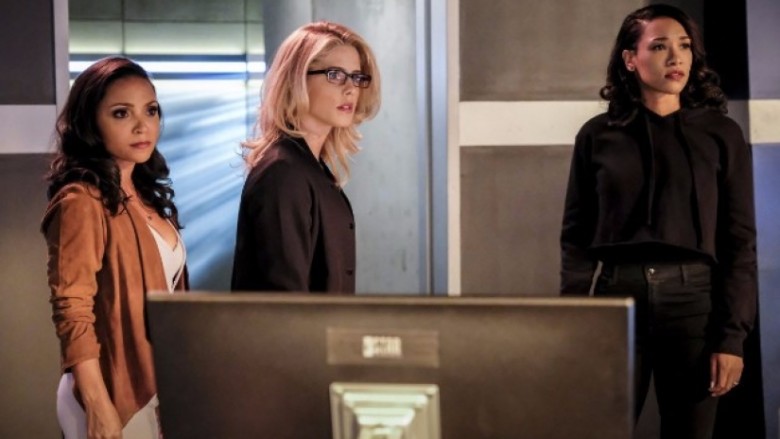 I can’t say enough how fun this episode was despite dealing with big themes. Seeing Barry drunk off of some concoction Cisco (Carlos Valdes) made is hilarious as is Cisco’s reactions to throughout the episode to their strip club misadventures. Ralph crashing the very chill bachelor party was hilarious as it was very awkward at how no one really wanted him there. Plus, the stinger further teases The Thinker’s plans as we see him kill (?) the Weeper who was supposed to use his tears to bring Central City to its knees. I really can’t wait for Katee Sackhoff to pop back up. She should be the Big Bad for the season nothing against The Thinker, but she has a presence and energy that is lacking whenever The Thinker is on screen. And can we get Felicity on The Flash instead of Arrow? Stay tuned true believers.