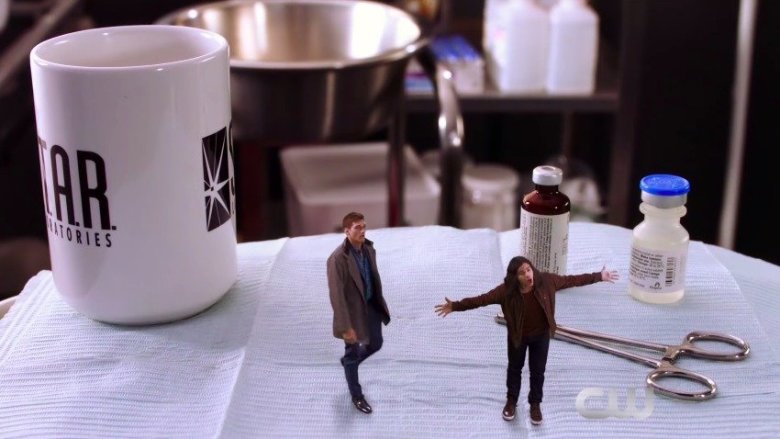 I have no idea what the goal is of this fourth season of The Flash. With that said Bill Goldberg does make a halfway decent actor as Big Sir. Thankfully this week Barry (Grant Gustin) and Big Sir take center stage giving Team Flash something to do besides stand around and fawn over Barry in prison.

With a title like “Honey, I Shrunk Team Flash” it never lives up to the property its referencing. Honey, I Shrunk the Kids and its sequel Honey, I Blew Up the Kid are fun. Both films had characters interact with their new environments in funny and clever ways. When Ralph (Hartley Sawyer) and Cisco (Carlos Valdes) are shrunk by the metahuman of the week, they don’t do anything with it. They have them hang out in a Lego set and never once do they think to have a clever gag with it. I’d say the only great thing coming from shrinking the two was Iris accidentally stepping on Ralph and he literally became gum on Iris’ (Candice Patton) shoe.

Barry figures out that if his dad was so willing to save Big Sir’s life, then he must be innocent. Big Sir tells his story of how he was set-up and Barry implore that they take the case. The metahuman who has been wreaking havoc upon the city is, in fact, the man who set-up Big Sir.  I even thought they’d do something with his powers as using his powers to blow up a dog or a beetle for Team Flash to contend with but really, he just steals stuff to collect in his apartment. This guy has such a cool power and its toss aside willy-nilly in order to sideline two members (one who desperately needs to be sent away) of Team Flash.

A subplot in this episode that’s so weird has to be Cecile (Danielle Nicolet) has gained mind reading abilities due to her pregnancy exposing the residual dark matter in her blood. It’s such a weird choice that doesn’t really do anything. I understand the point of it. Joe (Jesse L. Martin) and Cecile have to come to terms of being parents again after both have thought they have put that part of their life behind them, but other than showing off Danielle Nicolet’s good comedic timing, it’s a bad choice on the writers’ part. I’ll come back to the writers soon. 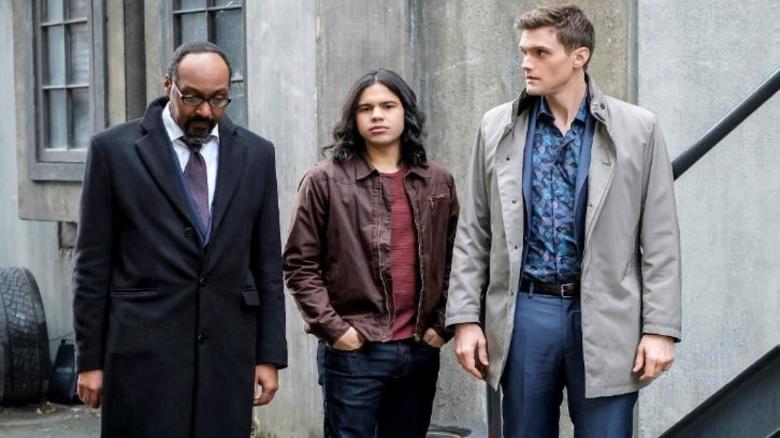 So, when the team finally does catch the criminal, he refuses to confess to the crime of setting up Big Sir despite plea deals offered. With that Barry uses his powers to take Big Sir to a village in China he always wanted to visit. However, Warden Wolfe (Richard Brooks) had a camera installed outside of his cell and now knows that Barry is The Flash. He drugged Barry’s chocolate pudding that he loves so much and has him moved to the meta wing of Iron Heights where it’s revealed he’s going to sell Barry to Amunet Black (Katee Sackhoff).

There’s so much wrong with this plan it’s truly baffling. The warden knows that people will want to know about Barry’s whereabouts and will launch an investigation into his disappearance. This is the problem with not knowing about DeVoe’s motivations. Last I checked DeVoe and Amunet were working together or Amunet is working for DeVoe. Was it part of his “grand plan”? Why didn’t Amunet and/or DeVoe just capture Barry instead of setting him up for murder and paying off a prison warden? 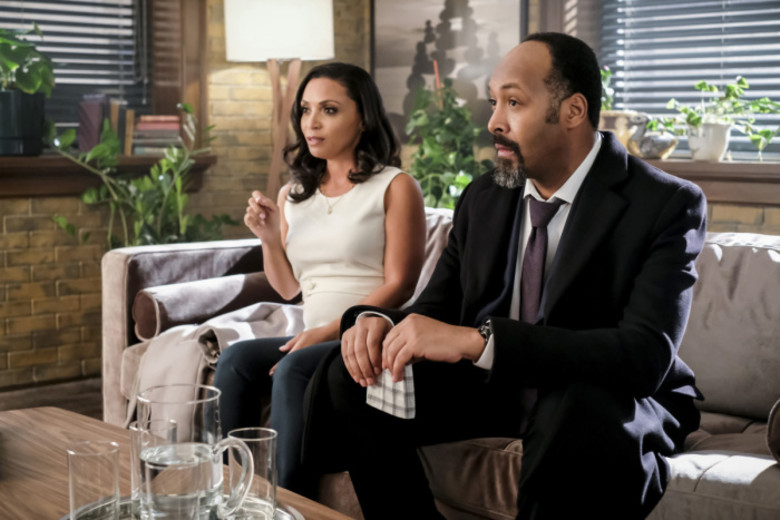 And this is the main problem with season four. It feels as if even the writers themselves don’t know what DeVoe’s grand plan is either with every reveal or twist being made up as we go along. One thing I admired about season three was that the first half Doctor Alchemy was the villain until the midpoint when it was revealed he was just a pawn of Savitar’s. It made things much more focused despite the thud of the reveal of Savitar’s true identity. It allowed them to split the season while still feeling like a complete but messy whole. Here having Clifford DeVoe at the forefront feels more like the writers handicapped themselves struggling week after week to make things light and funny while providing a meta of the week that ties back to the overall narrative of DeVoe.

The trailer for Ant-Man and the Wasp dropped the same day as this episode aired. That minute and a half trailer had so many clever gags and made more use of the shrinking technology than this forty-minute episode could provide. Sure both had shrinking buildings, but where that was the highlight of the episode, that just scratches the surface in the trailer. That’s not good. Let’s see where this takes us next week. Stay tuned true believers.