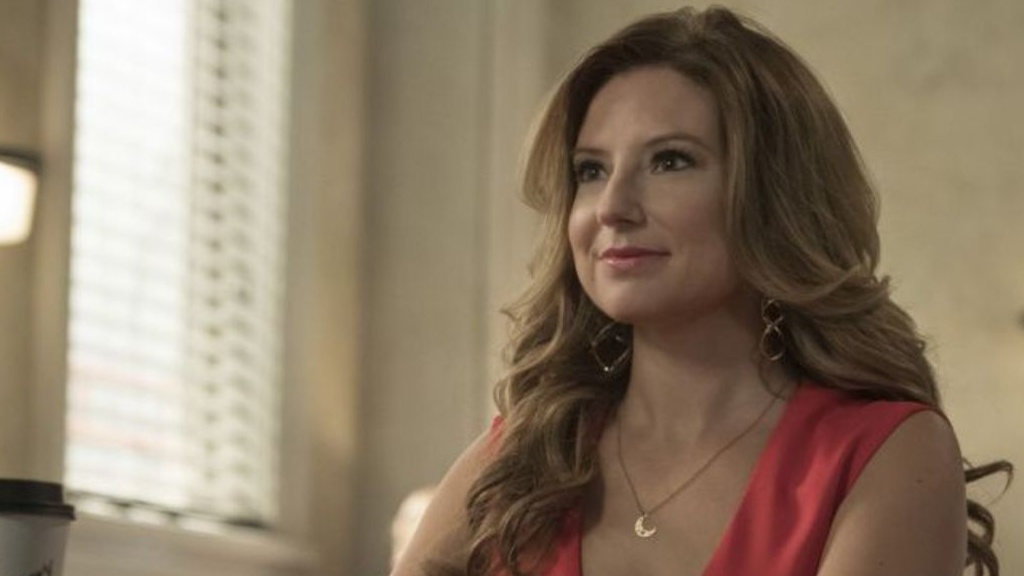 The camp is dialed up to eleven this week on The Flash. The Thinker decides to weaponize the unluckiest woman on Earth Becky Sharpe aka Hazard (Sugar Lyn Beard) becomes the metahuman of the week as her bad luck becomes the bane of others in her immediate radius as she can manipulate her good luck at will. Like I said campy.

Barry’s (Grant Gustin) first encounter with Hazard has him slipping and falling on marbles. You read that right, The Flash uses a tired gag seen exclusively in cartoons. Even worse is this gag is used again in the episode’s climax. But as Barry Allen the CSI, he manages to track down Becky at Jitters coffee shop leading to a great scene in which he tries to talk to her and reason with her. Understandably so, Becky is drunk on power. When your boyfriend doesn’t hide affairs and you bounce job to job, I can see why anyone in Becky’s situation would want to keep her newfound “good luck”. Nothing against the actress herself, but Hazard might be one of the most disappointing metas of the weeks so far. So disappointing in fact that I found her to be on the same level as Savitar (He’s the show’s biggest blunder as far as his identity and motivations go). 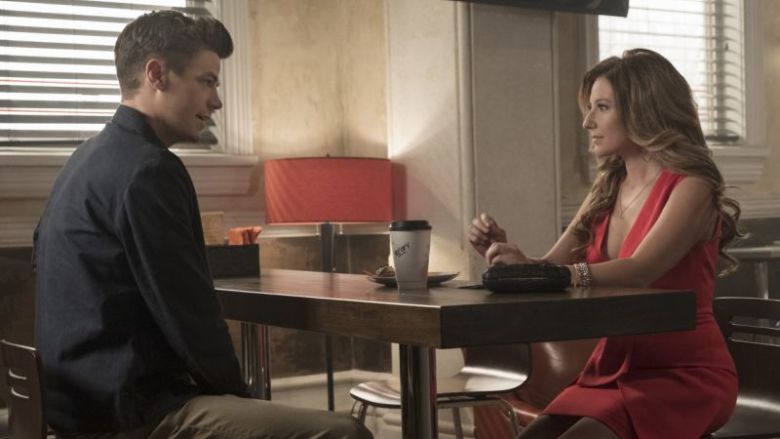 The standout and MVP this episode had to be Keiynan Lonsdale. Lonsdale has made Wally a character worth caring about. So, I think I speak for everyone for how abrupt his exit was this week. A total emotional gut punch when Jesse Quick (Violett Beane) breaks up with Wally in the worst way possible. She needs to work on herself? How many times have you heard that in a breakup? Well, it seems Wally needs to work on himself too. Nobody noticed that Wally wasn’t around to help stop Hazard.

I’ll admit that was something I also didn’t notice, but not because Wally is useless. The show has proved on more than one occasion that Wally is more than a sidekick despite always being relegated to that role. Fans and critics alike want Wally to join Legends of Tomorrow, but like Arrow, it’s starting to feel a bit crowded. Let’s take a moment here to say that Arrow needs to shed some characters as it’s collapsing under its own weight. But yeah, Lonsdale sold the moment big time. I highly doubt that this is the last time we’ll see Wally as I’ve heard next to nothing about Lonsdale leaving the show permanently, but seeing as the annual Arrowverse crossover is coming soon, it’s safe to say he’ll be back. And consider this the big crossover is revolving around Iris (Candace Patton) and Barry’s wedding. No way he misses that. Jesse isn’t done breaking hearts just yet, as Harry (Tom Cavanagh) arrives from Earth-2 to help out Team Flash only to learn that he’ll be staying permanently as Jesse and her team no longer need him or want him around. Just like last season Cavanagh as any version of Wells doesn’t show up until the third episode. I was wondering how they were going to handle this as last season the only replacement for Harry was H.R. (rest in peace). It’s crazy to think that on an infinite amount of Earths, only two versions of Wells were suited for the job.

As changes abound in this episode, Joe (Jesse L. Martin) has trouble processing Cecile’s (Danielle Nicolet) request to move out of the West homestead. It’s a bit convenient how the pipes start to burst in the house and become very dangerous once Cecile starts living there. In addition to the pipes, Cecile finds the house to be too big for two people with it being too old to tank money into when it would be better to just buy a new house. I totally get where she’s coming from and she’s right about it being an expensive fixer-upper. It being too big for two people had me laughing as that house is not that big (come on). Of course, as we all knew, Cecile ends up wanting to stay revealing to Joe that she’s pregnant. Something Joe doesn’t seem too pleased to hear.

As I’m writing this review, I realized just how big this episode is. Hazard is secondary to everything else going on. Iris has major issues on the wedding from trying on the dress to the venue at which it will be held. Taking Barry’s words to heart about marrying her anytime and anywhere and gatecrashing a funeral to make sure a priest can do their nuptials once the service is done. 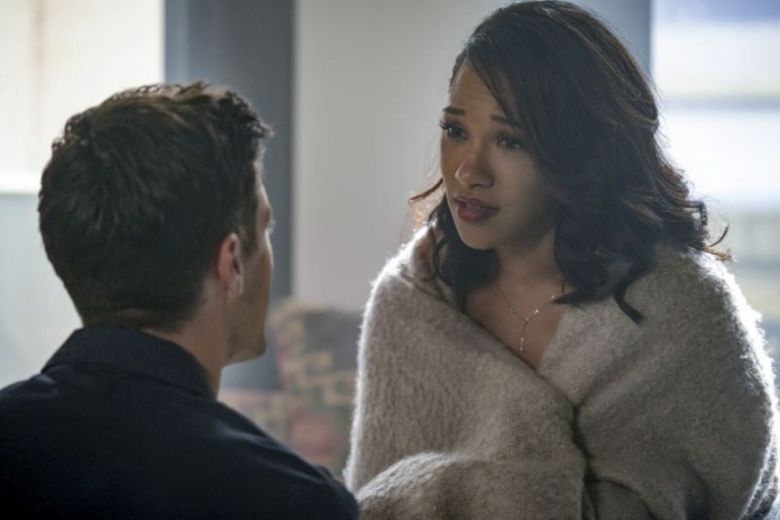 The good thing about Hazard’s storyline besides that excellent scene at Jitters is we finally learned that the team literally made a busload of people into metahumans when the team released Barry from the Speed Force exposing them to dark matter. So, the show is literally going back to its first season roots by having two of the twelve metas found and getting back to the core team that existed in the first season. Seems a bit much to course correct from a mixed bag third season.

Regardless, there’s a lot to chew on here with this episode despite the campy and lackluster villain. What exactly is The Thinker’s grand plan for wanting all these metas in Iron Heights probably won’t reveal itself until January, but now we know why he wanted the Scarlet Speedster released from the Speed Force. Stay tuned true believers.