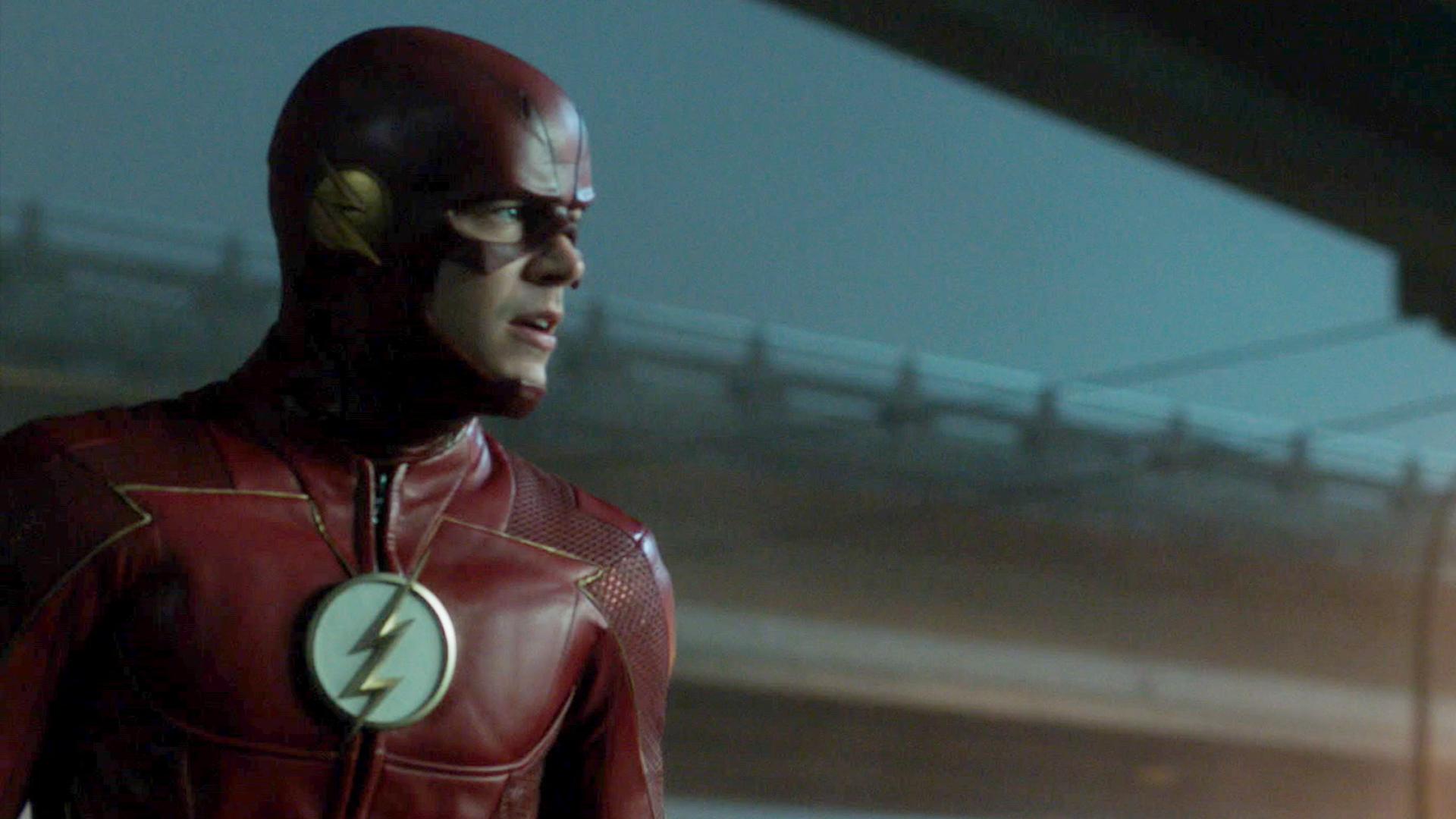 For those of you wondering why this week’s episode of The Flash is called “Subject 9”, it’s because Izzy Bowin (Miranda MacDougall) is the meta of the week that DeVoe (Sugar Lyn Beard) is hunting down. And what’s more is Izzy is The Fiddler which comics fans will find the name familiar.

As for the episode itself? Well it’s about par for the course on the episodes that are above average this season. Seriously, though if I have to hear the term “fake news” again in a show or movie, I’ll blow a blood vessel. The “fake news” term is described on Barry’s situation with DeVoe. With Ralph posing as DeVoe, Captain Singh (Patrick Sabongui) informs Barry that unfortunately, not everyone believes it. With the new Mayor and most of the police department convinced Barry did, he’s forced to take an indefinite leave of absence.

With that, Team Flash comes together to identify the next target on DeVoe’s list. DeVoe still using Becky’s body now makes it clear why he has to swap bodies. His power combined with all of the other powers he’s amassed so far deteriorates each body rapidly and faster than the last. So, with that the team uses the buddy system to protect Izzy whose a rising country star (Ralph doesn’t like country music so add that to the one thing I like about him).

Izzy is spunky enough and powerful enough to make it clear that she doesn’t need help. And Team Flash’s meddling more or less sealed her fate. Her powers of sound manipulation are strong enough to defeat DeVoe which Barry wants to use against him. And here comes the most frustrating part of the episode. In an effort to make her stay, Barry, Ralph (Hartley Sawyer), and Cisco (Carlos Valdes) reveal their identities to the woman to make sure she stays which included another pep talk (this time from Ralph). I don’t know why the team feels the need to reveal their identity to everyone they bring back to S.T.A.R. Labs. At this rate the whole city with know which bears the question why not just have Iris let the cat out of the bag when she was trying to help Barry out during the trial. 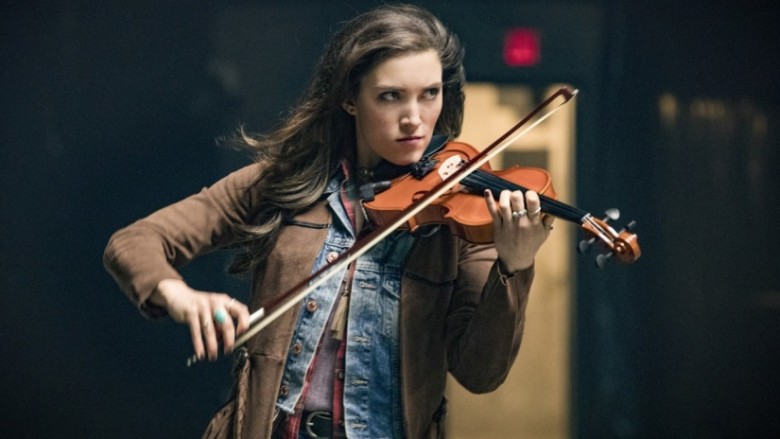 And because anyone who is remotely good with metahuman powers, Barry wants to train her to become a hero as well. Because the CW’s Arrowverse doesn’t have enough heroes as is. And so, the training commences. Barry wants to push Izzy harder despite everyone working all day. Ralph is especially against it as he’s falling for her. However, Barry pushes everyone and to go harder eventually throwing plates at Izzy to break. I’m really confused as to why he would run around her throwing plates for her to break if she is just starting out. I understand Barry is desperate to take down DeVoe, but even this is dumb on his part. And sloppy. And guess what? Izzy ends up taking a shard of the plate to the arm.

This is where the B-plot of the episode comes into play. With Harry (Tom Cavanaugh) back from Earth-2, he runs into Cecile (Danielle Nicolet) at Jitters. After telling Harry how her mind-reading powers have kept her up at night as Joe’s thoughts are strong as he sleeps, he makes a cerebral inhibitor. For those of you keeping track, Savitar told Team Flash last season that that’s how they beat DeVoe. Harry gets to work on it right away. One for DeVoe and one for Cecile.

After her injury, Izzy is fed up with the team and who can blame her? Izzy resolves to defeat DeVoe herself. Cisco vibes her location just as DeVoe show’s up. DeVoe is so powerful now that knows Cisco is watching and he pushes him out of the vibe bad enough to weaken Cisco. With Caitlin (Danielle Panabaker) needing to stay behind, Barry and Ralph are on their own in saving Izzy. When they show up on the scene, DeVoe manages to beat them all and somehow set-up a force field (still confused here) and take over Izzy’s body as Ralph watches in horror. What’s worse is the cerebral inhibitor doesn’t work. 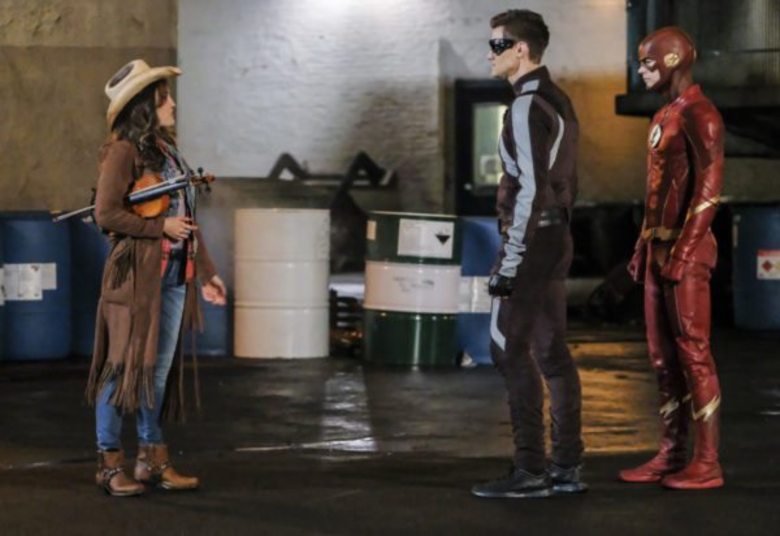 With DeVoe now in Izzy’s body, the team takes a big L. Barry now jobless and failing to save Izzy, Ralph makes Barry a partner at his detective agency. Ralph tells Barry that Izzy’s death has made him stronger and resolves to not only find the last three metas but take down DeVoe as well.

It’s cool to not see Barry save the day for once leading to some disastrous results including major heartbreak for Ralph. However, to make the emotional impact stick the landing I wish this could’ve been a two-part episode. DeVoe’s plan is one that’s boring now that we know why he’s doing what he’s doing. Finally. Talking with other fans and critics, it seems like it’s just not me who finds this season underwhelming. We’ll see what else comes next. Stay tuned true believers.