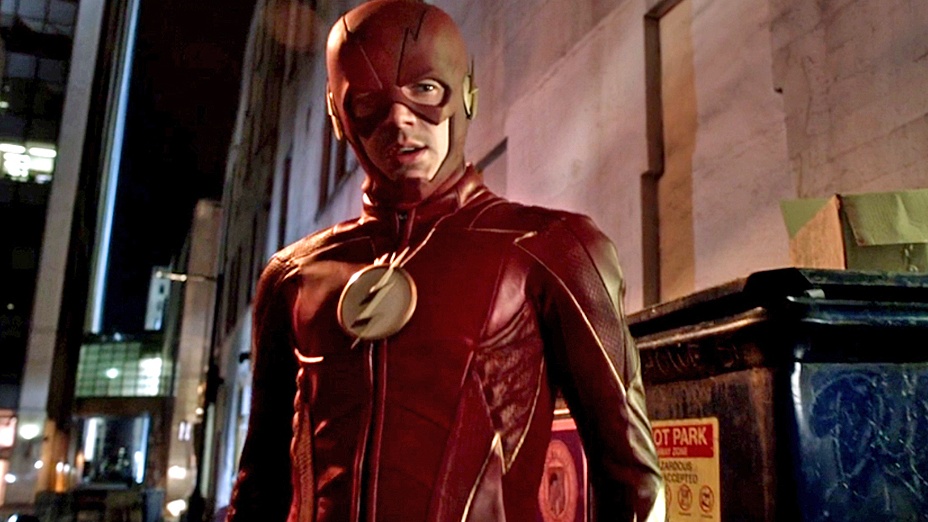 The fourth season premiere represents the best and worst of The Flash. “The Flash Reborn” represents another reset for the show following a truly dismal second season and a mixed bag of a third season. Look, I don’t hate season three as much as everyone else. In fact, the “darker tone” gave us one of the best episodes of the series thus far. But then to have Savitar turn out to be another speedster was a huge mistake. Follow that up with Savitar’s identity being a time remnant of Barry (Grant Gustin) and you can see why last season was so hated. “The Flash Reborn” had a lot to do and it was sloppy.

Clearly, the writers wanted to course correct from minute one. With everyone quipping expect for Iris (Candace Patton) and Joe (Jesse L. Martin) this is seriously much lighter in tone compared to the last two seasons. Iris runs point on Team Flash as Wally aka Kid Flash (Keiynan Lonsdale) and Cisco aka Vibe (Carlos Valdes) have been fighting crime in Barry’s now six-month absence. And it’s to very mixed results as we see the two are having trouble taking down Peek-A-Boo (Britne Oldford). However, a new villain shows up, it’s a very cool samurai that demands The Flash or Central City be destroyed. That samurai is badass. It can send shock waves leveling a city block and it has a jetpack. Kudos to the writers and the production designers for one of the most detailed villains in the show thus far.

Well, Cisco reveals that he’s been working on a way to get Barry back. He tracks down Caitlin Snow (Danielle Panabaker) who seems to have gotten her Killer Frost alter ego under control (she won’t reveal the circumstances) and she’s in almost immediately. With an upgraded Speed Force bazooka, the team experiment seeming fails until the Speed Force opens up in a different part of Central City releasing Barry who runs out naked to the woods and collapses.

Once he’s found, however, Cecile (Danielle Nicolet) contacts the team and finds that Barry is now suffering some form of dementia and writing strange symbols. With hours left to meet the samurai’s demands, Iris turns herself over to him promising Barry will come. Iris betted right as this seems to bring him back and destroy the samurai at ease which we find out is a robot. With Barry now fully back and Team Flash intact, the team seeks out answers to the samurai robot while the big reveal is The Thinker is the big bad for this season in the stinger. 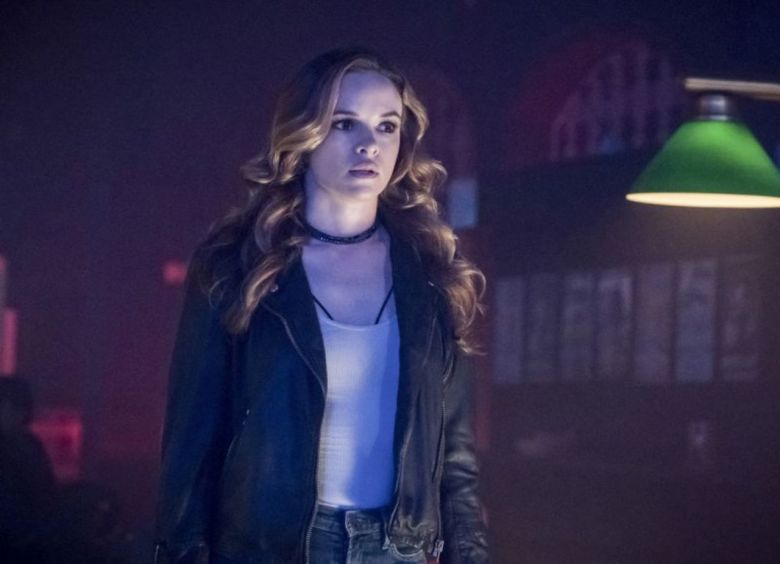 It’s very convenient that Barry has forgotten everything in between him entering the Speed Force and rescuing Iris. So, one of the season’s main mysteries will be what are those symbols he’s writing. And when it came time for him to suit up, how did he know which suit to take? Yeah, it’s cool that Cisco made that new costume that his future self wore last season, but really? Also, I don’t remember Barry mentioning that he loved Lady Gaga’s “Poker Face” once during the show’s run. Barry now having been rejuvenated by the Speed Force now making him faster than ever should lead to some really cool fights this season.

I like Caitlin’s biker look as it actually suits her. I’m glad we didn’t get some half-hearted explanation on how she keeps Killer Frost at bay. How she does it is one is one a question that’ll probably be saved until Killer Frost totally emerges. I’m also interested to find out just who exactly is she in bed with and who is that guy at the bar watching over her so much he was willing to break her arm over her leaving.

I’m glad to see Iris not be a victim for once as she was in full control of Team Flash. Even though she came across as too much of a hardass, I thought the writers took a smart approach to her dealing with grief and loss. This would be two fiancés she’s lost trying to save Central City, so I understand why she wouldn’t want to sit around crying about.

But yeah, this felt rushed. I do love that the writers want to take this back to basics of the first season, but with mixed results. I don’t mind the lighter tone at all but they’re quickly delving into campy territory. Not to mention I don’t remember this many quips coming from everybody. Let’s keep the quips down, please. 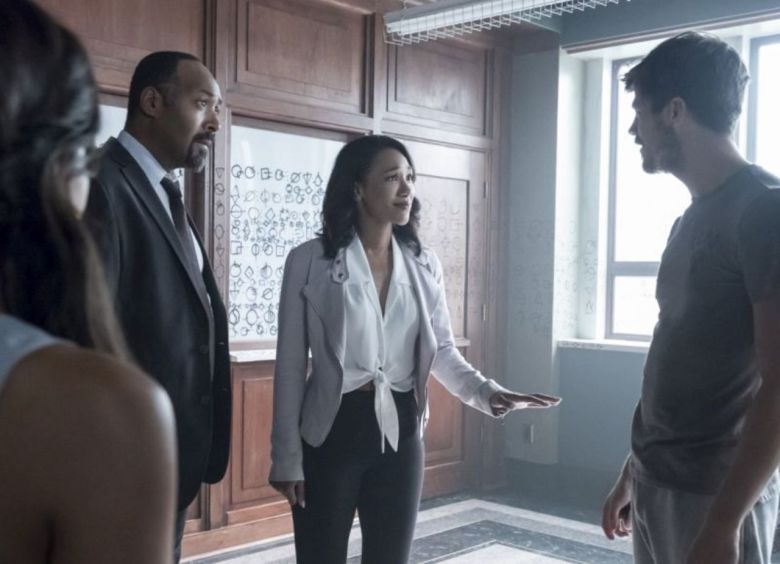 Some things to note are Julian has moved back to London. It’s a shame Tom Felton decided not to return to the show. I understand he has a movie career and all, but it’s waste of a character who still had a lot more exploring to do. Here’s hoping we see him in the future. Wally speaking Japanese was great and Cisco’s reaction was even better. Speedster can learn things quickly, so it shouldn’t surprise anyone that Barry, Wally, and Jesse (there’s no doubt that she’ll pop up again) can speak more than one language. Tom Cavanaugh is still listed in the opening credits, so will Harry rejoin Team Flash or another version of Wells? We learn from Cisco that Felicity and Curtis have survived the season five finale of Arrow. The new opening logo for the show is very cool too.

I’m glad that we got The Thinker as the big bad and not another speedster, but hey the season’s just starting and they could always backtrack on that. Once we get to the season’s halfway point in January, we’ll see how this plays out until then stay tuned true believers.