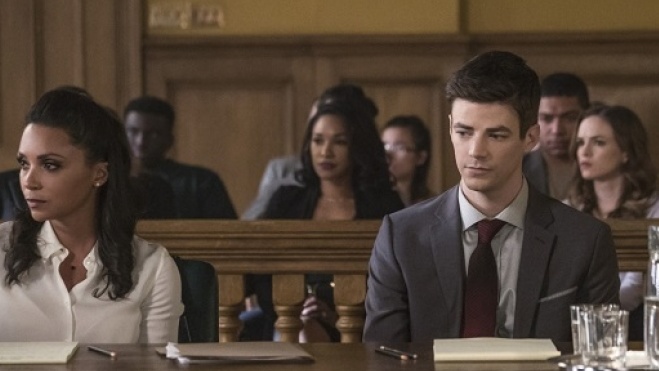 The Flash is back with its midseason premiere picking up where the cliffhanger left us. “The Trail of The Flash” was predictable in its results and how it played out, but the drama was still compelling nonetheless. Despite the meta of the week filling this thing out to run an hour with commercials, this still had a few surprises.

Let’s get this out of the way, Wally (Keiynan Lonsdale) absolutely needed to be in this episode. It’s sticking out like a sore thumb that he’s been missing for so long and replaced by Ralph Dibny (Hartley Sawyer). I mean let’s be real, the producers have said it takes a lot of money to have two Speedsters on screen at the same time, yet every other show in the Arrowverse has multiple superpowered people using incredible powers. It bothers me that the producers would say that, yet swap Wally out for Ralph who seems to cost more money than Wally ever would. 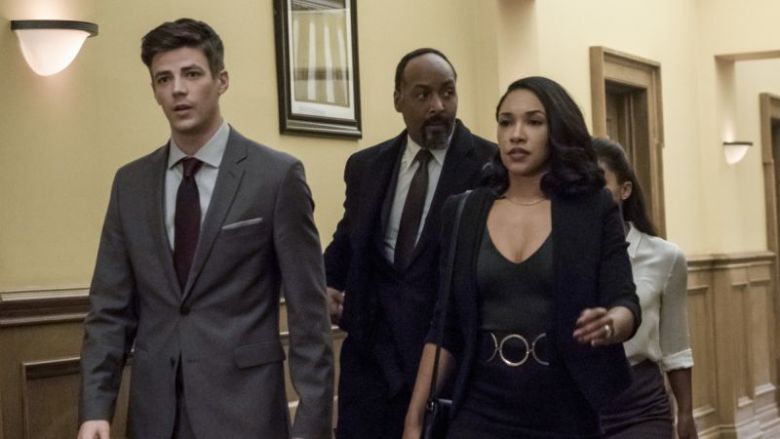 With that out of the way, the episode jumps right into things with Barry’s (Grant Gustin) trial going full speed ahead (no pun intended). Criminal prosecutor Anton Slater (Mark Valley) is straight out of Law & Order or any other show like it. The sniveling lawyer who smiles and hand rubs every time something goes his way. He goes out of his way to paint Barry a psychopath and really has no trouble either as all the evidence is stacked against Barry.

You know what else is old? Marlize DeVoe aka The Mechanic (Kim Engelbrecht) evilly smirking and hand rubbing whenever she’s out of the public eye. It got really disgusting in which Ralph and Joe (Jesse L. Martin) got evidence on DeVoe’s new body.  Dominic Lanse (Kendrick Sampson) is still possessed by DeVoe. And with it, he has Dominic’s powers of mind reading. Joe and Ralph managed to get pictures of Marlize kissing Dominic. However, Marlize is so good at manipulation that on the spot she manages to convince the jury that her husband had arranged their relationship to provide her with physical comfort. 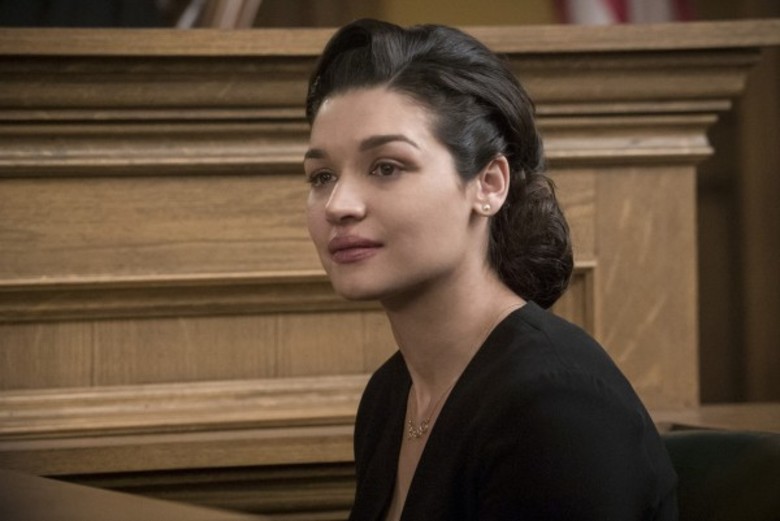 The one thing that remains the most frustrating is DeVoe’s motivations. He continually teases Barry claiming that he’ll never see what’s coming next and that his grand plan has yet to be unveiled. I’m sorry guys, but after last year’s let down on the reveal of Savitar and his motivations, the writers dragging their feet on revealing what DeVoe wants doesn’t inspire much confidence. I can only take so much mustache twirling without explanation for so long.

However, the character moments with Barry, Iris (Candice Patton), and Joe were well done. With the situation so dire, Joe was willing to lose everything by planting evidence at the DeVoe residence. Thankfully, Ralph, who’s done that, tells Joe the cost. And is even disappointed in his decision to even consider that. It’s a great scene showing just how lost Joe is and just how far Ralph has come into becoming a hero like the rest of the team.

However, the best moment must be Iris about to reveal that Barry is The Flash in court when Barry manages to use his powers in new ways. He doesn’t even know how he’s doing it, but Barry is able to slow down time so much that everyone is trapped in a moment while he and Iris get to talk quickly on why his secret identity needs to stay intact. Grant and Candice sell it making it a series highlight. 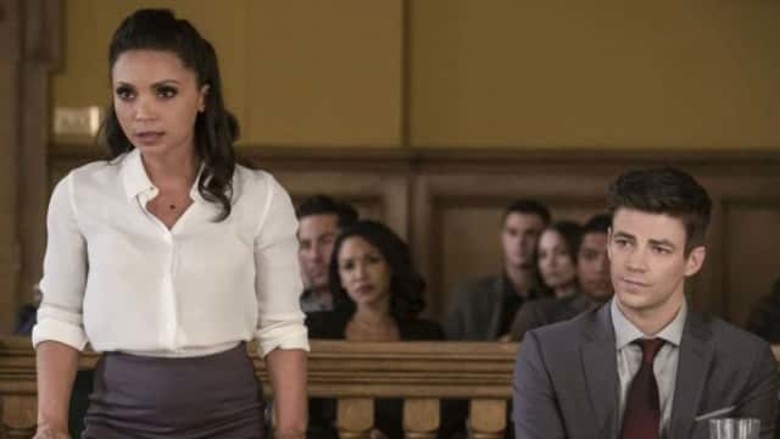 With Barry unwilling to reveal himself as The Flash, he’s found guilty. If you are surprised by this, I have an expedition to Hawaii that needs funding. And of course, the judge has to be appalled in the most cliched way possible. He’s appalled by Barry’s lack of empathy throughout the trail as well as using the badge to hide behind (which he didn’t but okay), so he hands Barry the maximum life sentence without the possibility of parole.  With that Barry is sent to Iron Heights prison where even the warden is being a dick. It’s really a bit much.

The metahuman of the week should’ve been cut entirely. This storyline added nothing to the episode or the series mythology and I wonder why not hold on to this guy for a later episode. Seriously time could’ve been spent with Caitlin (Danielle Panabaker) harnessing the powers of Killer Frost instead. The Radioactive Man who doesn’t know he’s dangerous could’ve been really cool in a different episode. With that, having Cisco (Carlos Valdes) and Killer Frost show up to fight when they contributed nothing was a waste too. Even more so when Barry easily made the unstable man evaporate into thin air. Seriously, this should’ve been in a different episode. It’s so jarring how it stood out from the rest of the episode.

What weird is how Barry is in jail and over on Arrow, Olivier might be joining him as well making me wonder if the writers are out of options for keeping the conflict going. What’s even more embarrassing is Black Lightning which aired right after this, shows a man struggling to keep his life together dealing with his family and smart social commentary on the police and hood politics. So far, this season has been decent but this time last year I was loving The Flash. I want to get there again. Stay tuned true believers!