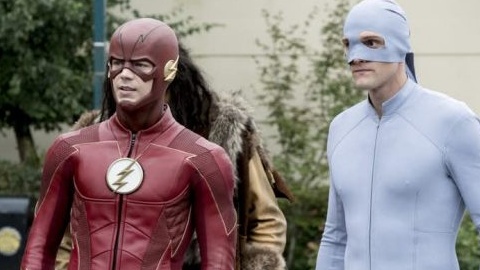 It’s amazing how much The Flash gets right week after week. Even its worst episodes are much. Much better than the mess of a Justice League movie that’s dropping this Friday. Think about that. Warner Brothers cannot do a simple Flash movie, yet The CW has successfully given us four seasons of the character. This week’s episode was another shining example of the show at its best.

Barry’s (Grant Gustin) training of Ralph Dibney (Hartley Sawyer) into a hero provided a nice arc for the episode. Over the course of the hour, we slowly see the changes coming to Ralph as he learns the hard way. But, in his learning, he’s also becoming a better person. Ralph has to learn that being a hero is not about catching the bad guy, but serving and saving Central City. And what’s more is Ralph actually makes a connection with a small girl who was injured that ended up being very sweet. 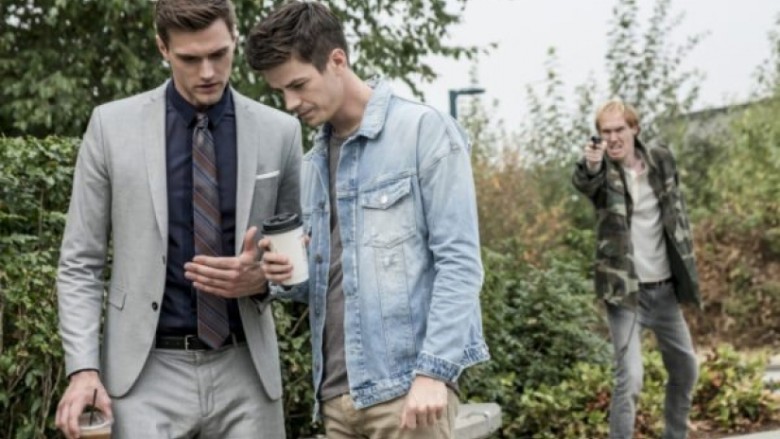 The show had one of its funniest scenes to date with the two men coming out Jitters for a cup of coffee only to be held at gunpoint by a mugger. I know the scenario doesn’t sound funny in the slightest, but trust me when I say the way it plays out was a great bit of physical comedy with the mugger shooting Ralph and the bullets bouncing back actually injuring the mugger. Even before that Ralph and Barry’s sidebar on how Ralph would take out the would-be mugger was funny as they kept asking the dimwit for a minute.

Even the villain was complex this week as Mina Chayton aka Black Bison (played by Chelsea Kurtz) had legitimate reasons for stealing Native American artifacts. Mina is absolutely right in that we’ve for centuries have purged her people and those artifacts are needed to protect the Sioux tribe. Mina was, in fact, a reverse Indiana Jones. Instead of keeping these pieces of history in museums, she’s stealing them back and taking them back to their original sites. While what she doing I thought was noble, the way Mina went about it was not. I like that her powers could bring inanimate objects to life, but killing people as well as injuring the little girl was no bueno. Plus, always throwing it back in Barry and Ralph’s faces about not being able to catch her due to the two saving civilians.

The episode is called “When Harry Met Harry…” for a reason. Harry Wells (Tom Cavanaugh) has made friends at the advice of Team Flash. And those friends just happen to be Wells from other Earths that include Harrison Wolfgang Wells, H. Lothario Wells, Wells 2.0, and Wells the Great (a play on Gandalf). Why do you ask are all these Wells gathered? Well, picking up from the last episode the team is working overtime at the current moment on figuring out who DeVoe is. With everyone beyond exhaustion, the Council of Wells, at first dysfunctional, they all manage to get on the same page. Which leads to our big reveal. 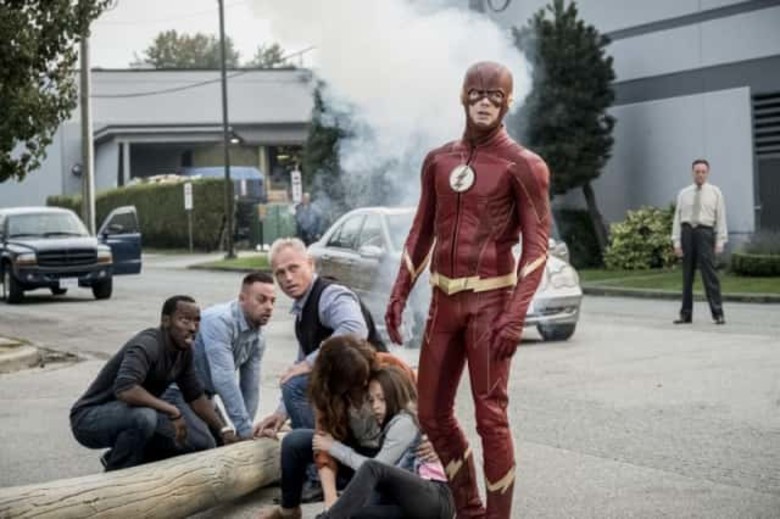 Our big bad of the season who’s been popping in and out episodes as a puppet master with his assistant there every step of the way. The Thinker’s real name is Clifford DeVoe (Neil Sandilands) and the team has managed to find out where he lives. Sadly, The Thinker and The Mechanic (Kim Engelbrecht) are always ten steps ahead. As Team Flash descends upon their location thanks to the intel gathered by the Council of Wells, they find an ordinary house with our villains posing as a married couple.

There was not a wasted moment this episode. Ralph giving off the measurements of every woman he happens to lay eyes on is…problematic considering what’s going on in the real world. Iris’ (Candace Patton) reaction to this was perfect. Barry being hard on Ralph during the mugging was weird. Yelling at Ralph that he shot the mugger when the bullets bounced off him. I don’t know how Barry could’ve think that he could control this seeing as he’s still trying to get a handle on his powers and even if he did, how could he control it?

As much as Ralph is starting to grow on me as a character, I do miss Wally. I know it costs a lot of money to have two Speedsters onscreen at the same time, but they subbed in someone new who looks to cost even more money, to be honest. My question is what exactly are the writers planning to do with Ralph once he becomes a hero proper? I imagine he’s not gonna stick around Central City. 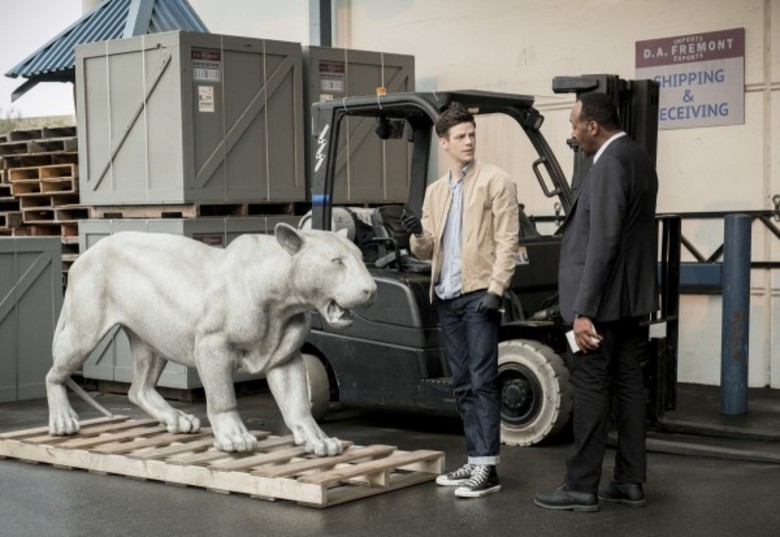 The Thinker looks to be more of a threat than I initially thought. Thinking out it when Savitar brought up DeVoe briefly last season, even he seemed to have a hard time helping the team beat this guy. And from the look of next week’s episode, Barry may have met his biggest match yet. Stay tuned true believers!