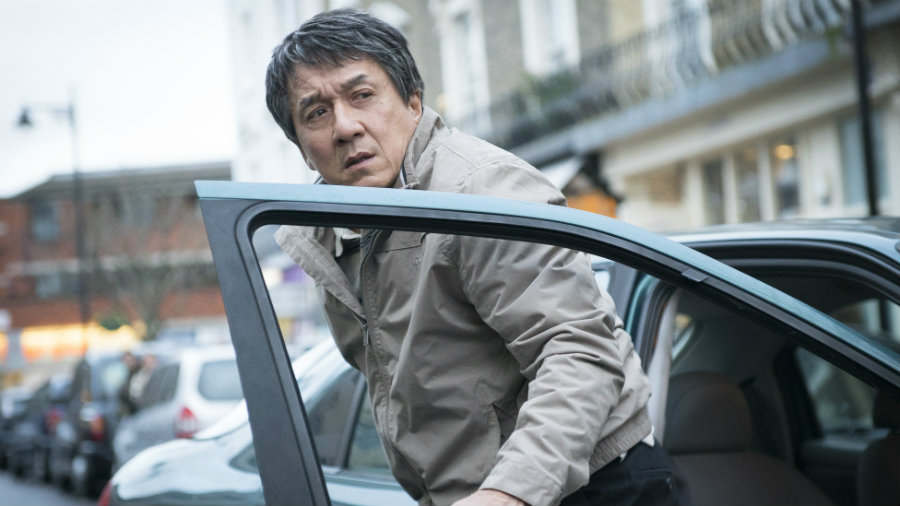 It’s always sad when the action stars of the past try to rekindle that flame, that magic that made us such fans of theirs in the first place, and when they choose to do so with weaker material that just doesn’t ignite.

Based on Stephen Leather’s 1992 novel The Chinaman, The Foreigner is a vehicle meant to bring Jackie Chan and Pierce Brosnan together, and though the title has been changed and the story moved to present day, the general plot is still the same.

Jackie Chan plays Kwan, the owner of a Chinese restaurant in London, whose young daughter is killed in a terrorist attack with an IRA faction taking credit decades after the peace accords. The Irish Deputy Minister Liam Hennessy (Pierce Brosnan), a former IRA man himself, denies knowing anything about those responsible, but Kwan isn’t having it, and he goes after Hennessy to get the names of the terrorists that killed his daughter.

Oh, and Kwan also has special ops training… Of course, he does.

So basically, The Foreigner is a revenge thriller with the 63-year-old Chan transforming himself into a cross between Rambo and Jason Bourne, going after Hennessy and his endless stream of men just to get those names. It’s funny when you put it in writing, but it’s not so great when you actually watch it, because Chan looks so old and fragile in his dialogue scenes it’s quite hard to believe this is the same guy taking down bigger, younger and more skilled killers. It’s fun at first, but when you think that Kwan is supposed to be the “good guy” and he’s killing and causing so much pain to men who had nothing to do with the bombing, you really start to question the movie’s motives. 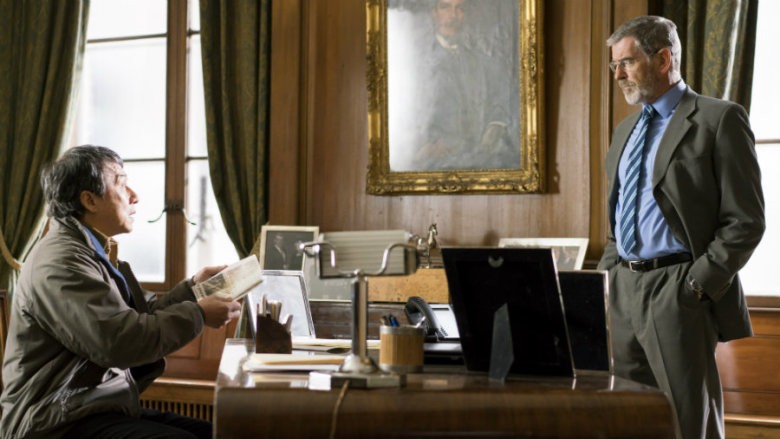 If you’re to believe STXFilms’ marketing, this movie is like Face/Off or other action movies where two stars face off against each other, but the scenes between Chan and Brosnan are few, and so much time is spent setting up various, unnecessary subplots involving the bombers and their connections to Hennessy and the IRA, that Chan actually disappears from his own movie for far too long.

At this point, we’ve become so acclimated to Brosnan playing Americans or having a proper British accent as Bond that it’s easy to forget he’s actually Irish, but his accent seems more exaggerated. Despite all the time working in the States, Chan’s English still isn’t much better, so their scenes together aren’t even that great.

The few women in the movie do very little to advance the story, although the British government agent played by Lia Williams, at least is able to have a strong presence in the movie that doesn’t involve her sleeping with someone. The same can’t be said about the others as Liam is having an affair with a younger women (Charlie Murphy), while Liam’s wife Mary (Orla Brady) is up to her own shenanigans, both which are awkwardly tied into the main story with the bombers.The point is that there are just way too many characters between Kwan and Hennessy that makes The Foreigner far more convoluted than necessary and certainly more than anyone could possibly follow.

Even the happy notion of Pierce Brosnan reuniting with his Goldeneye director Martin Campbell is wasted on a movie with such a terrible script. There are certainly some decent fight scenes between Chan and various henchmen, but the movie drags in between, as we bounce from one character to the next, often spending time on irrelevant subplots. Anyone hoping Chan and Brosnan might have any kind of physical fight may be a little too optimistic, clearly teased by the movie’s marketing. 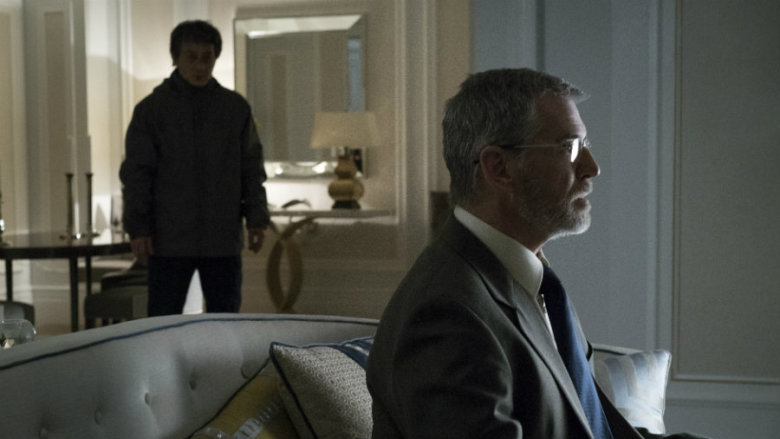 While The Foreigner chose to change its title as to not be offensive, many of the characters still refer to Kwan as “The Chinaman” enough times for it to feel like Hennessy and his men are being allowed to be racist on top of everything else. To make matters worse, the movie’s tone is just grim as hell, but how can you expect it not to be when it kills off a lively young girl within its first ten minutes?

I should also mention that the usually great composer Cliff Martinez delivers possibly one of his worst scores with music that sounds like a toddler was given access to a synthesizer and just went to town. It’s busy enough to be distracting.

Ultimately, The Foreigner is disappointing because Campbell never finds a consistent pace to keep the viewer interested when Chan isn’t kicking butt. It’s the type of action movie that just feels dated and not in a fun way either.