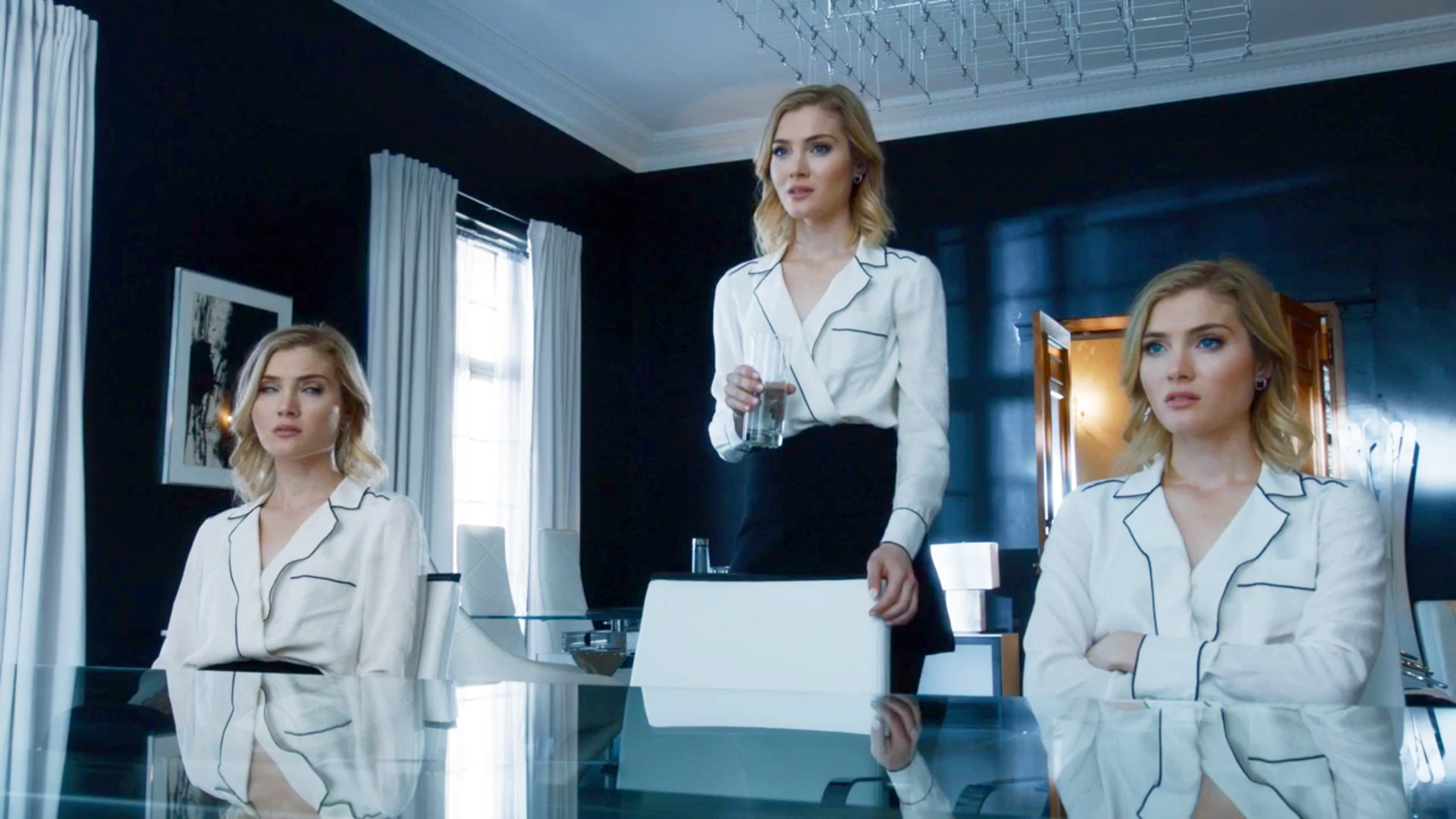 The Gifted returns from winter hiatus with a tale of mistrust and fleeing, which is to say basically more of the same. Half of the Mutant Underground wants to trust Esme and her creepy telepathic sisters while the other wants them to leave. Meanwhile, the Struckers decide it’s finally time to run to Mexico and spend most of the episode on a tangential plot.

In just one episode, the Hellfire Club is already infinitely more interesting than the Mutant Underground. The Hellfire Club is–I think–a sort of Mutant Supremacist organization that advocates for using powers to the fullest of one’s abilities. The Mutant Underground is so mired in poorly written interpersonal drama that they never achieve anything and they usually just disagree on things for the sake of having a fight in the episode. There are still only one or two main characters that are genuinely empathetic while all of the others are annoying. Most of the drama of this particular episode centers on a split in the Mutant Underground between who believes they can trust Esme and her two sisters (collectively known as “the Frosts”, I guess) and who believes they can’t. I don’t even know what their goal is but the Frosts have more intrigue than the rest of the show put together. I was annoyed that Esme was a mole, and annoyed when it turned out there were three of her and not just one, and I’m kind of annoyed that the previous episode ended on a cliffhanger that suggested the Frost sisters were about to kill everyone and then this episode seemed to skip forward to everyone being safe. That said, one episode and I’d rather watch an entire series about the Hellfire Club than have to deal with Polaris and Eclipse moaning, miscommunicating, and declaring their “love” in gross grandiose ways that read as completely false. 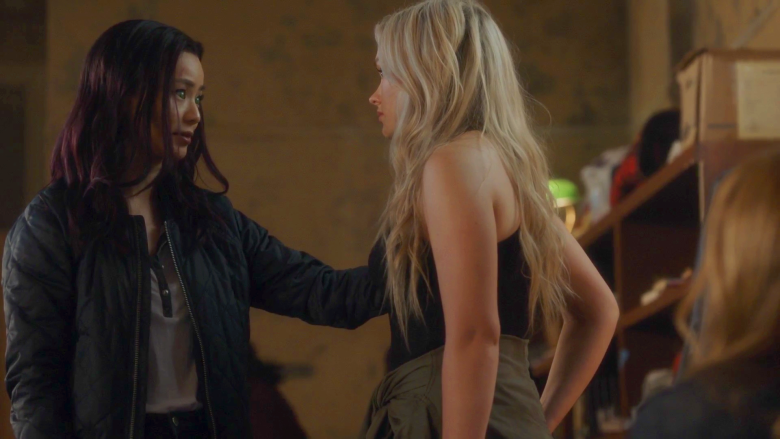 The other big part of this episode is that the Strucker parents decide that they should all run to Mexico. I found that annoying too. Ultimately, the plan was just a sidetrack of a plot device so that they could be in grave peril and be rescued by the Frosts. In that capacity, it served its function. What made me roll my eyes was that this whole series started with all of them trying to run to Mexico and the show never really decided when or why that stopped being their goal. All of a sudden, that’s what’s back on the table. The Gifted felt like it was spinning its wheels for the whole first half of the season because there was never any forward momentum, nothing ever changed, and no one got anywhere. Now, suddenly, they remember they’re supposed to be going somewhere but find that option closed to them. It just feels cheap and the plot still seems mired in a confused mess of stasis.

Another thing that irked me about this episode is how messily written the entire series is, demonstrated particularly well by the research around mutant siblings. It was suggested over the last few episodes that the evil scientist dude wasn’t interested in siblings as he originally stated, but specifically in the Strucker siblings because they have super special powers. Now, suddenly, it’s back to all mutant siblings being of interest (to include the Frosts) and he’s using what he learned from studying all of them to link unrelated mutants together. That would be fine, except the sci-fi “science” that they pull out to try to explain how it works is completely implausible and bad. You cannot just mix people’s bloodstreams together–there are many types of blood and many of them are incompatible with each other. Your body will attack the wrong kind of blood as a foreign agent and that can kill you. I’m all about made-up science in science fiction to explain the crazy things going on. It’s one of my favorite things. The thing is, your made up science can’t directly contradict commonly known scientific fact. It’s gotta at least be plausible, and if it’s not plausible in our world then you have to bend the rules of the story’s universe. Presumably, people have blood types in the X-Men universe. 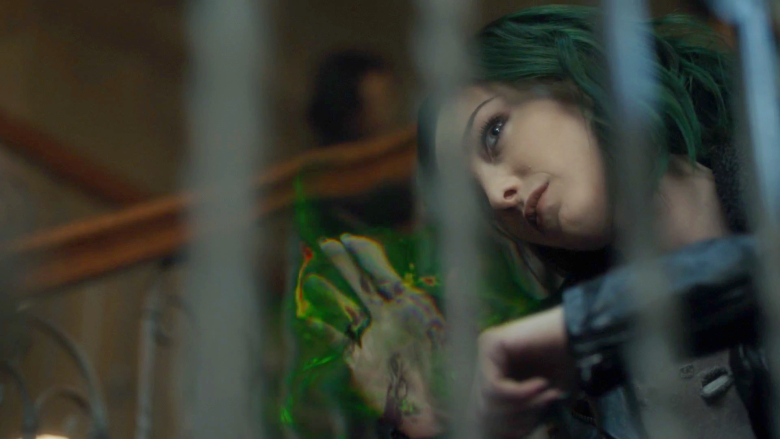 Finally, I am still completely repulsed by the way this show is incorporating Polaris’ pregnancy into the story. I don’t understand why they’ve saddled such a potentially great character with such a disgustingly portrayed misogynistic storyline. For one thing, again, abortions are an option–especially if you’re that worried that your life is a disaster and you won’t be able to keep your kid safe. For another, and more importantly to this episode, they’re portraying pregnancy as an element that gives you greater power than you had on your own. Pregnancy does not define a woman, and it does not fundamentally change who you are as a person. Once again, this show is defining this woman solely through the fact that her uterus is occupied and it makes me feel truly disgusting when I watch this show. The only female character who they’ve really let be a character regardless of her sex and gender is Blink who remains one of the only truly good things about this series. On top of that, they’re not explicitly trying to claim that Polaris is Magneto’s daughter. It’s been obvious since the beginning that that would be a thing, but I’m sick of stories where characters are only important because of their connections to other (more “important” or well-known) characters. Unless you have a rare deadly genetic mutation, it doesn’t matter at all who your “real” parents were. You are not your parents. Can we please dispense with that fallacy?

One more aside: the extended double-funeral scene at the beginning was hokey and went on for way too long. For funerals to have any emotional impact one needs to have been attached to the character who has died or feel empathy for the characters who are experiencing grief. I hated Sonia and none of the other characters even come close to grabbing me. On the flip side, the Sentinel Services funeral was ridiculous. The point seems to have been to show that both sides grieve in the same way and hence are both equally human, however that point was well-made just by juxtaposing the funerals. Then Eclipse had to start yammering on about how both sides grieve and their both human. Subtlety and nuance is something that The Gifted is incapable of understanding. That’s a shame since it could have a lot to say about civil rights and the nature of humanity. I’ve stopped expecting it to be that intelligent at this point.

Ultimately, this episode was serviceable. It sets up a problem and then creates a situation through which the problem is resolved. It’s neither really good nor bad, I just keep ripping it pretty hard because I’m increasingly tired of how lackluster it is. As episode of The Gifted go, this one had more direction and forward momentum than most.