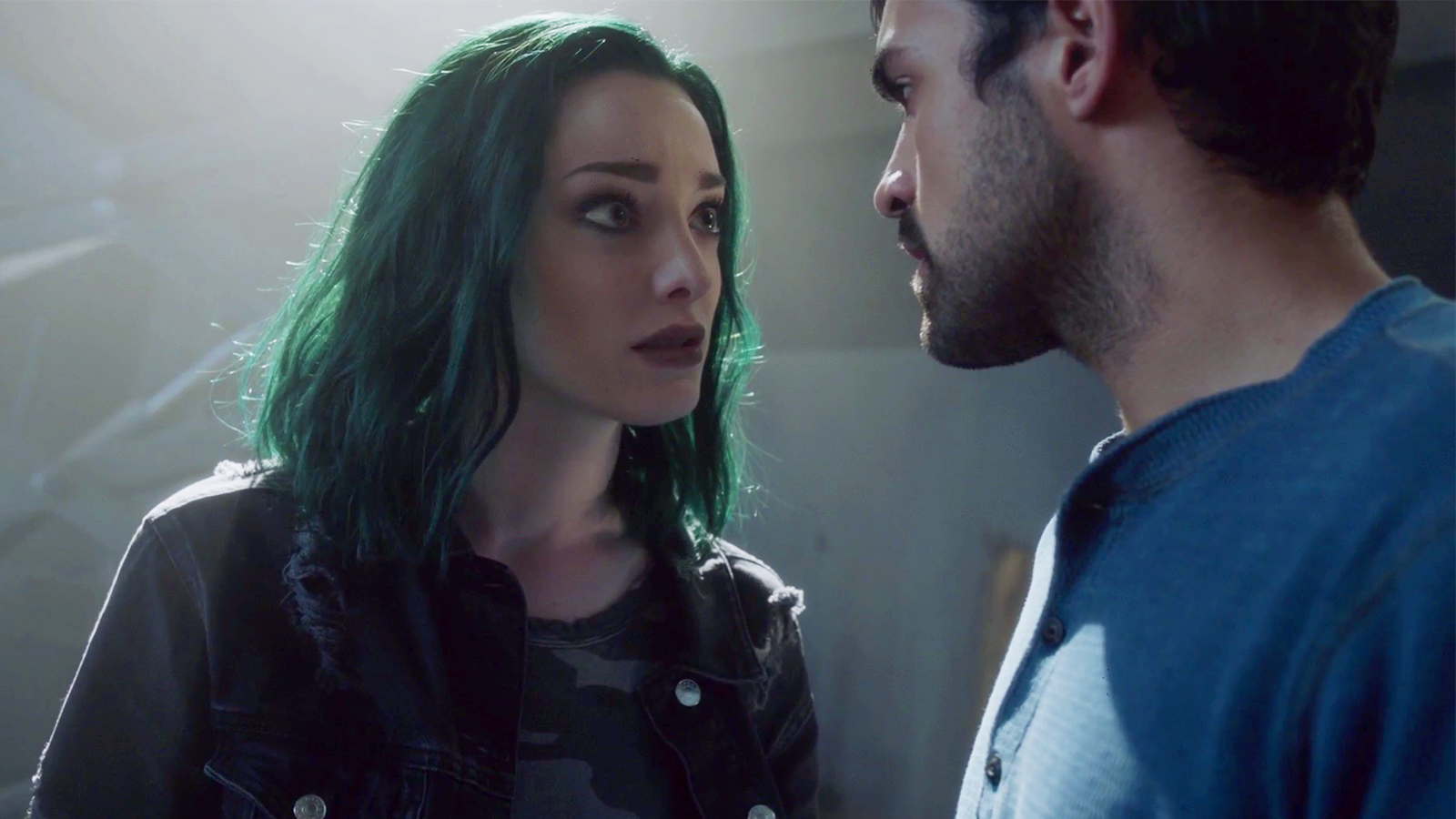 The Gifted sees the Strucker family trying to gain the trust of the Mutant Underground in “boXed in” by throwing Sentinel Services off their scent and helping save lives at headquarters. The episode feels like the series is spinning its wheels as it gives the characters plenty of business but the story itself doesn’t really advance.

The bulk of this episode was focused on the various ways that the Strucker family is trying to prove to the Mutant Underground that they are trustworthy. Sentinel Services is on a huge manhunt trying to hunt them down, so Reed volunteers to use himself as bait to throw them off the trail. It’s a good idea, but Reed clashes with some of the mutants who he had previously betrayed while working for Sentinel, and they’re angry with him for good reason! Reed engaging in a self-sacrificing act to save the entire Mutant Underground should make him endearing, but Stephen Moyer plays the confrontation scenes with an unwarranted amount of smarm given that the mutants are perfectly justified in distrusting him. Some weeks I like Reed and some weeks I really don’t. Caitlin continues to use her medical knowledge in place of superpowers which makes her one of the most important people in the whole enclave. She tries to patch up a gunshot wound in the mutant who was injured in the previous episode, but they’re out of blood and supplies. Andy (conveniently) has O- blood and volunteers to donate it to the guy, while Lauren uses her powers to help stop a hemorrhaging artery. Together, the three of them save the man’s life and gain the trust of the other mutants. I loved Lauren’s use of powers, but that the three of them should have to prove their loyalty again when it’s kind of all they’ve been doing since the beginning is a little odd. As a narrative conundrum, it functions well enough. 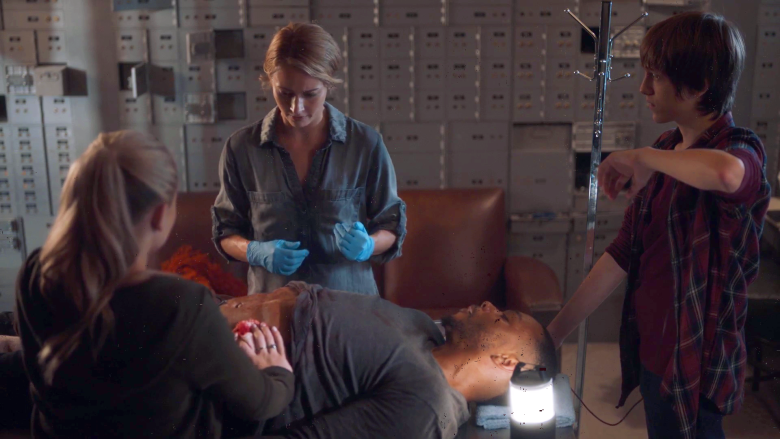 So, y’all know I have extreme issues when it comes to romance and fiction. It takes a lot for me to buy that two characters are in love, but when the writers do the work and the actors have chemistry I tend to buy it wholesale. Polaris and Eclipse I want to return for a refund. I don’t buy that they’re in love, though they shout it enough. The little aurora that they make when they touch is cute and a romantic idea but it gives me a disgusting feeling and seems like they’re forcing it. Maybe it’s the writing, maybe it’s the actors, maybe it’s both. I have no idea. I like the characters working together, and I like them combining their powers in intelligent ways, and striving towards a common goal. I don’t like their romantic relationship even one iota. I’m still creeped out by the default assumptions behind Polaris’s unplanned pregnancy, and she’s still almost solely defined by the fact that her uterus is occupied though I will admit this episode did a better job at fleshing her out. I’d like to see more of her as the ruthless warrior standing up for mutant rights and protecting her people than as the weird, pregnant, wilting victim. Ew. For me to feel anything positive about Polaris and Eclipse’s relationship, I have to pretend they’re other characters that I actually care about and that’s no way to tell a story.

The part of this episode that saved it from being mostly bland drivel was the very end when Blink confronted Sonia (the redhead chick who manipulates people’s minds). I still despise Sonia and it’s not because her power is inherently creepy. It’s because, when she does awful things to people, she gets this innocent look on her face, lies to them, and acts like she’s the victim. That’s not okay, that’s gaslighting and she’s a terrible person and a despicable character. I often wonder if some superpowers aren’t predisposed towards turning someone into a villain and if ever that was the case, this seems like it. Sonia would be a great villain, but she’s terrible on the good guys’ side considering how dishonest she is. I’m relieved Blink figured out what was done to her, that she understands it, and that she got to shout at Sonia for doing it. Maybe now Blink won’t get dragged down in a stupid, corny love triangle and will get to keep her identity and work through her own traumas rather than fixating on made up ones. 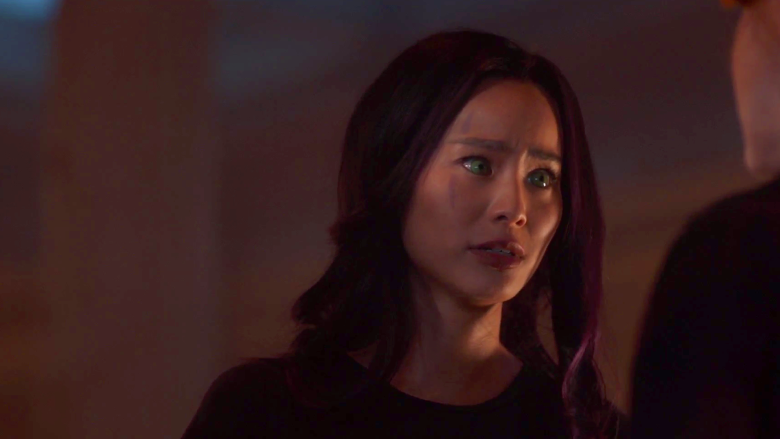 To be honest, I’m a bit bored with this show. Every emotion is presented as huge and earth-shattering but there’s not much substance to the characters so it comes off as melodramatic. The plot of each episode is decent enough but the story doesn’t move forward very much each week and sometimes it even circles back around to a previous position. The Gifted is all right, but I’m a spoiled brat about my TV shows and I expect more out of stories. It’s not substantial enough for me to really get in to but it has so much potential to be deep and phenomenal that it just makes it a bit more disappointing when it isn’t.