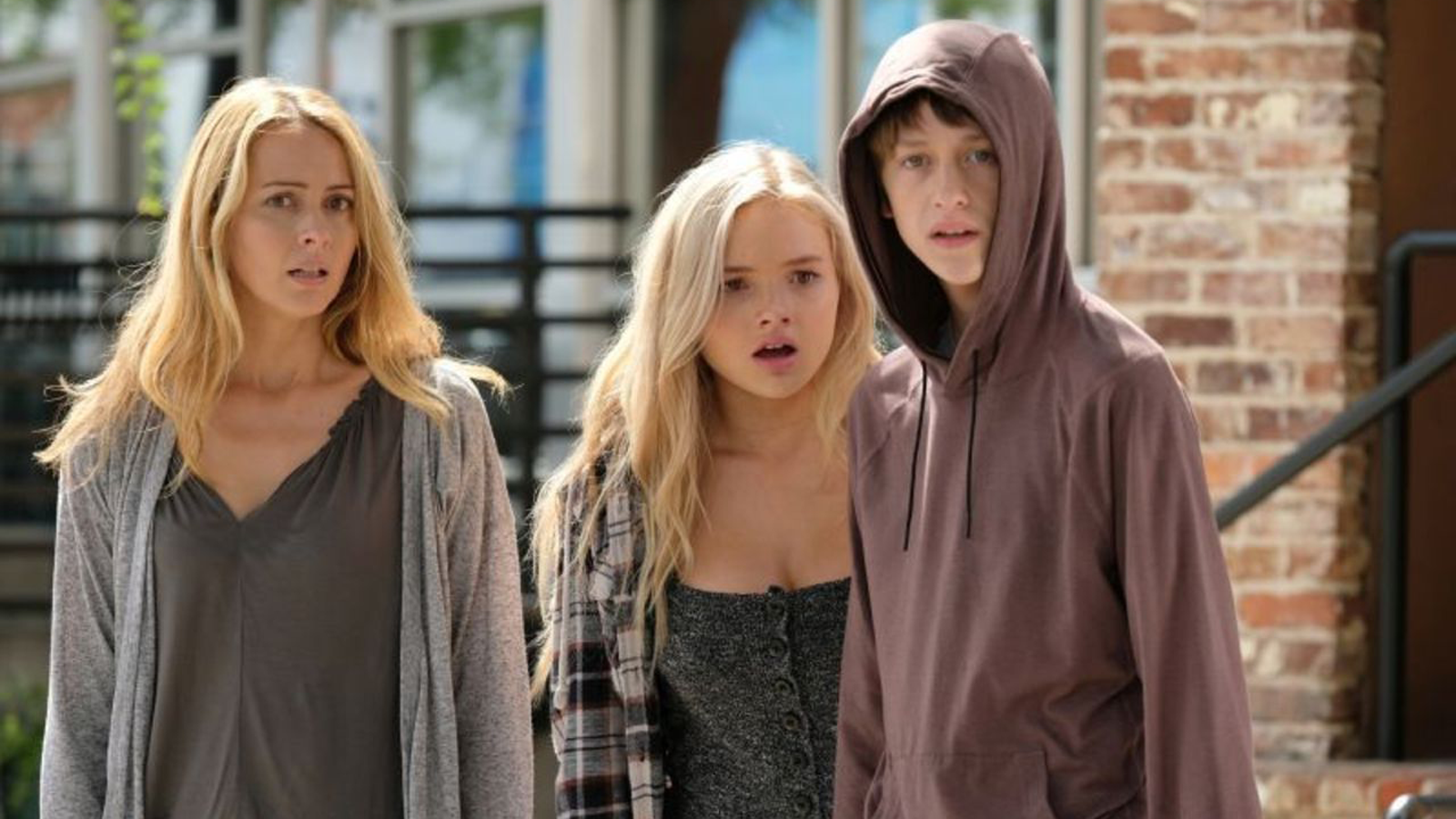 There are elements of The Gifted that are intriguing and yet I find, particularly with “eXodus,” that the off-putting and misguided pieces of this show overwhelm the good. Where the previous episode allowed each character a chance to show their skills and experience growth, this episode is fairly basic and hinges its plot points on disturbing presumptions. The best I can say for it is that Reed and Caitlin’s brother demonstrate a touching amount of kindness. The worst I can say for it is that it’s extremely gross about the autonomy of its female characters.

The most okay storyline of this episode is Reed trying to negotiate with Sentinel Services. He agrees to exchange the entire Mutant Underground for his family’s safety which is a morally suspect thing to agree to. In the end, he regrets his decision and leaps from a speeding van so that Sentinel can’t track his location to the mutant hideout. Reed slowly understanding the damage and oppression that mutants have been facing and that he’s been a part of causing is a good plot for him and a definite opportunity for growth. 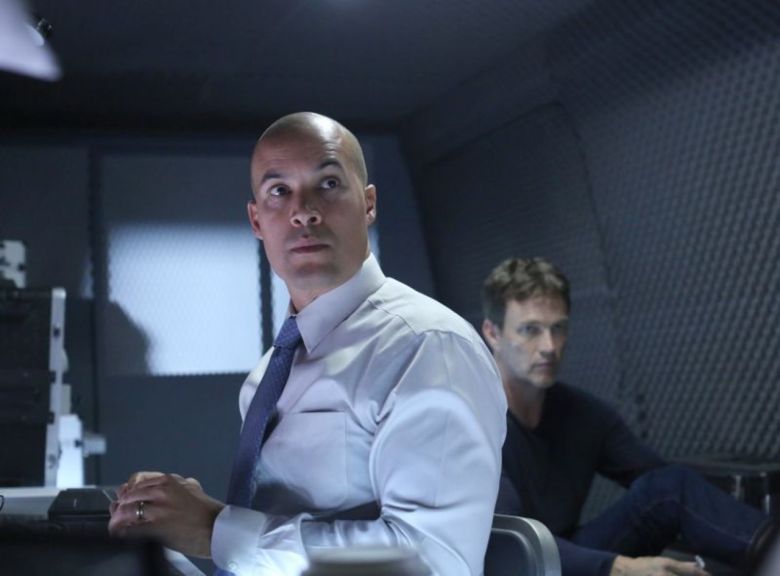 The other part of this episode that was decent was Caitlin’s brother Danny. His reaction to having three fugitives show up at his house was plausible and sympathetic. He’s trying to keep his family safe and believes that he can’t do anything to help his sister and niblings without destroying his own life. He doesn’t actively harm them and he won’t turn them in but he’s reluctant to do anything that would get him in too much trouble. In the end, he also changes his mind and is willing to face down an angry mob of men to protect Caitlin, Andy, and Lauren. It was nice to see that all of the Strucker’s family relationships are loving, as I expected Danny to turn them in to Sentinel right up until the very end. Instead, he agrees to help them as much as he can. Lauren and Andy continue to be great, loving siblings and their cousin Scott’s immediate acceptance of them and their powers was also a cute touch.

The rest of the episode was just odd and made me feel dirty. Even with Reed and Danny, not that much forward motion actually happened with the plot of this episode and the series is still treating Lorna really oddly. No one has even asked this woman if she wants to have this baby. The fact that she’s pregnant just has a presumed outcome that I’m not comfortable with. The flashback at the beginning with her and Eclipse was sorely needed, especially considering that the two of them screaming about their love for each other doesn’t play very well when we’ve barely seen them together. Unfortunately, it also isn’t enough for me to believe they’re madly, deeply, destructively in love. The aurora borealis thing was a cute detail, but the two of them having one moment of kindness between them and then sucking face lacked any real depth or emotion for me. I’ll admit I’m a very hard sell on romances and it often takes me multiple seasons to get to a point where I finally believe characters love each other, but I’m gonna need more than that to warrant claims of undying love. 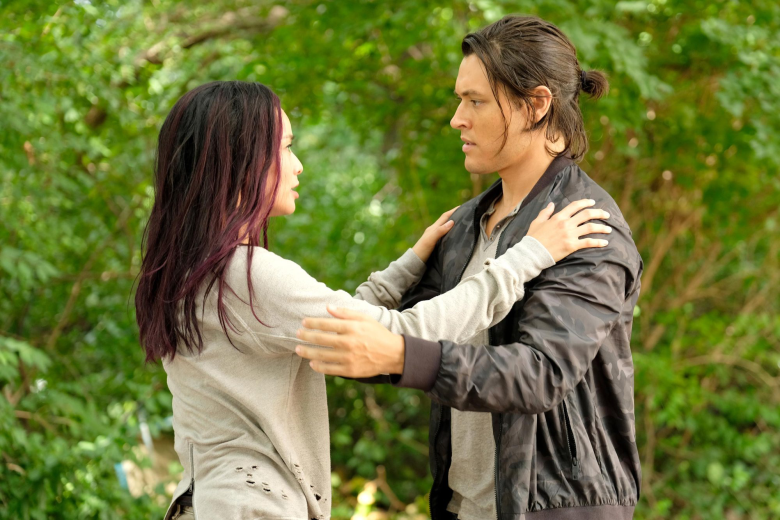 The other storyline that drove me nuts was Blink’s. Of all the characters, she’s the one who I like the most. Her loneliness and trauma speak to me and I was excited for this show to let her work through that. I also kind of hoped she wouldn’t have a romance and would get to know herself, make friends, and be strong without being warped by the desires and demands of someone else. I ought to know by now not to get my hopes up about those sorts of things. I still have a problem with this red-headed chick just appearing in the show. They haven’t even said her name in any way that it will stick in my head—I’m not sure they’ve said it at all—and looking her up on IMDB the character is simply listed as “Dreamer.” That’s all well and good, but who is she? Why does she have such an important part in this when she wasn’t in the first episode and wasn’t introduced at all? What’s even more detrimental for me is that her power is that she alters people’s minds against their will. Personally, I can barely think of anything more evil than that. She forces Blink to be in love with Thunderbird without her knowledge and that’s 2000% not okay. I’m pretty sure it’s supposed to be a setup for a big, melodramatic love triangle, but I kind of hate forced love triangles too. So, I guess if they were trying to introduce a super villain and make me hate a character then they did an excellent job. It’s even ickier for me because Blink was the most interesting character and anything she could have used to form her own identity is wiped away because of Dreamer’s selfish act. Sometimes, I feel like people aren’t thinking through the implications of the superpowers that they’re playing with in these stories.

Anyway, The Gifted is all right but it’s got issues and I feel like it needs to reevaluate itself and its choices. “Family” is one of the major themes of the promotional material and I think they’re trying to go for the found family aspect with the Mutant Underground but, friends, they are not doing well at the moment.