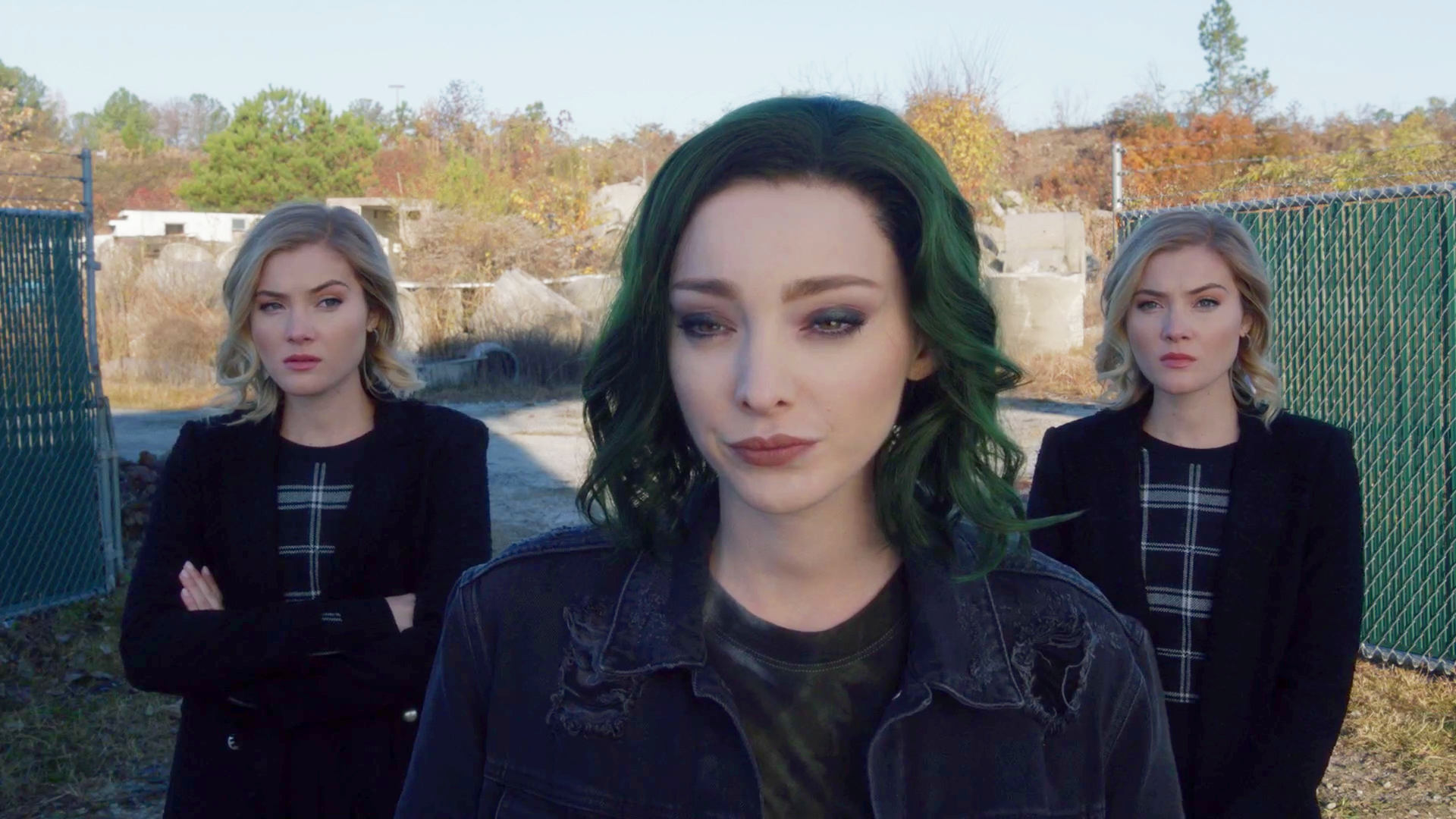 The Gifted smooshed two episodes together for a two-part season finale and both episodes still have all the same problems as the rest of the series. It’s clear at this point that that’s just the tone of this show, but I’m still disappointed because it could be so much better than it is.

Every point of interpersonal conflict in this series is still so contrived that it annoys me to no end. Even the spat between Lauren and Andy in these two episodes is ridiculous. The one that really annoyed me was John being angry with Blink for “lying to them” about her past. He was acting like she had actively sought out and joined a mutant terrorist organization when in truth she fell in with them accidentally and got out as soon as she could.That John did acknowledge that he had overreacted made me sigh in relief. It occurred to me that the reason all of their interpersonal conflicts read as so contrived and shallow to me is that none of these characters have strong enough characterization or integrity that any of their decisions read true. They all just react to each other in whatever way the plot dictates for them to check off their “conflict” box. The viewpoints of characters change from episode to episode and nothing is consistent.

For example, when Andy and Lauren first discovered their powers when they touch hands, it’s Lauren who is inclined to go all the way and kill people. She’s the one obviously seduced by that much power, but then it’s Andy that they decide should be into mutant supremacy and using one’s powers to make a better life for others. That could make sense, except nothing in these episodes has shown that progression. We don’t see Lauren change her mind and all we see Andy doing is reading a book about his great-grandfather who was a “mutant terrorist.” The two of them just suddenly disagree and it’s hard to see how they got to that point.

The social justice aspects of this series are still underdeveloped and odd. It makes a lot of noise and includes a lot of signals that it’s trying to make a point about civil and human rights but it doesn’t ever stick the landing. Everyone just gets to spout off how offended they are or show what good allies they are for people who are different. What I do like is that the casting seems to indicate that giving people the mutants to hate has pushed racism to the back burner. One would expect a bigoted summit in the South to be entirely white people and, while the main characters are gross white guys there are people of color all through the crowd.

I don’t know how this show managed to do this, but the mental health facility that they had to have just picked out of a list is the exact place where I was locked away during my own suicidal breakdown. Fun times! In that three minutes scene I can tell you that it was nothing like that, but cool. All rooms were multiple occupancy, you weren’t allowed to have visitors (especially not alone!) and you weren’t allowed to just sit in your room by yourself. They locked the bedrooms during the day. Anyway, that nice bit of unnecessary personal trauma aside, the only thing I actually like about Lorna’s character is the way that they treat her bipolar disorder. They make it clear that her illness doesn’t make her “evil” and everytime someone tries to say that she’s bipolar so that’s clearly what’s making her nuts someone calls them on it. What still pisses me off to no end is how Lorna is still completely defined through her pregnancy and that’s what’s making her crazy. Seriously, that’s the major stumbling block that makes me not like this show at all. The fact that it’s lazy and soapy I can handle. That can be fun. I can’t enjoy any of it when it’s so absurdly sexist.

I still think this series wastes Amy Acker’s prodigious talents, but having Reed and Caitlin lead the mutants out of the Underground headquarters when they’re being attacked by Sentinel Services was a nice touch. This show started with Reed and Caitlin being fairly complex but now I’m bored by them. They don’t really have any ambiguity or personal challenges anymore. Still, the one character that I think is consistently amazing is Blink. She’s the only one who calls everyone on their nonsense and I feel like she’s the only character with integrity. Blink is the reason I can watch this without losing my mind.

Frankly, the Hellfire Club has been infinitely more interesting than the Mutant Underground since they first showed up. I’m glad that they’ll get to go around actually doing things rather than whining and screwing up. I don’t have faith that this show will handle moral ambiguity well, but maybe they can move the story forward instead of leaving it spinning its wheels like the whole series has done to this point. I keep cheering for mutants to blow things up and actually stand up for themselves, so I know that they’re trying to set Andy and Lorna up as villains but, good lord, it felt nice to see characters actually taking action. I’ve always been a fan of bad guys so maybe that’s just me, but their motivations and actions are far more endearing in than the “good guys” in this case.

The Gifted, as ever, remains just okay. They haven’t fixed any of the problems and some of them have gotten worse. Hopefully, the split into different factions will provide more interest for future seasons, give the characters more opportunities for growth, and help each episode move forward rather than just mess around.