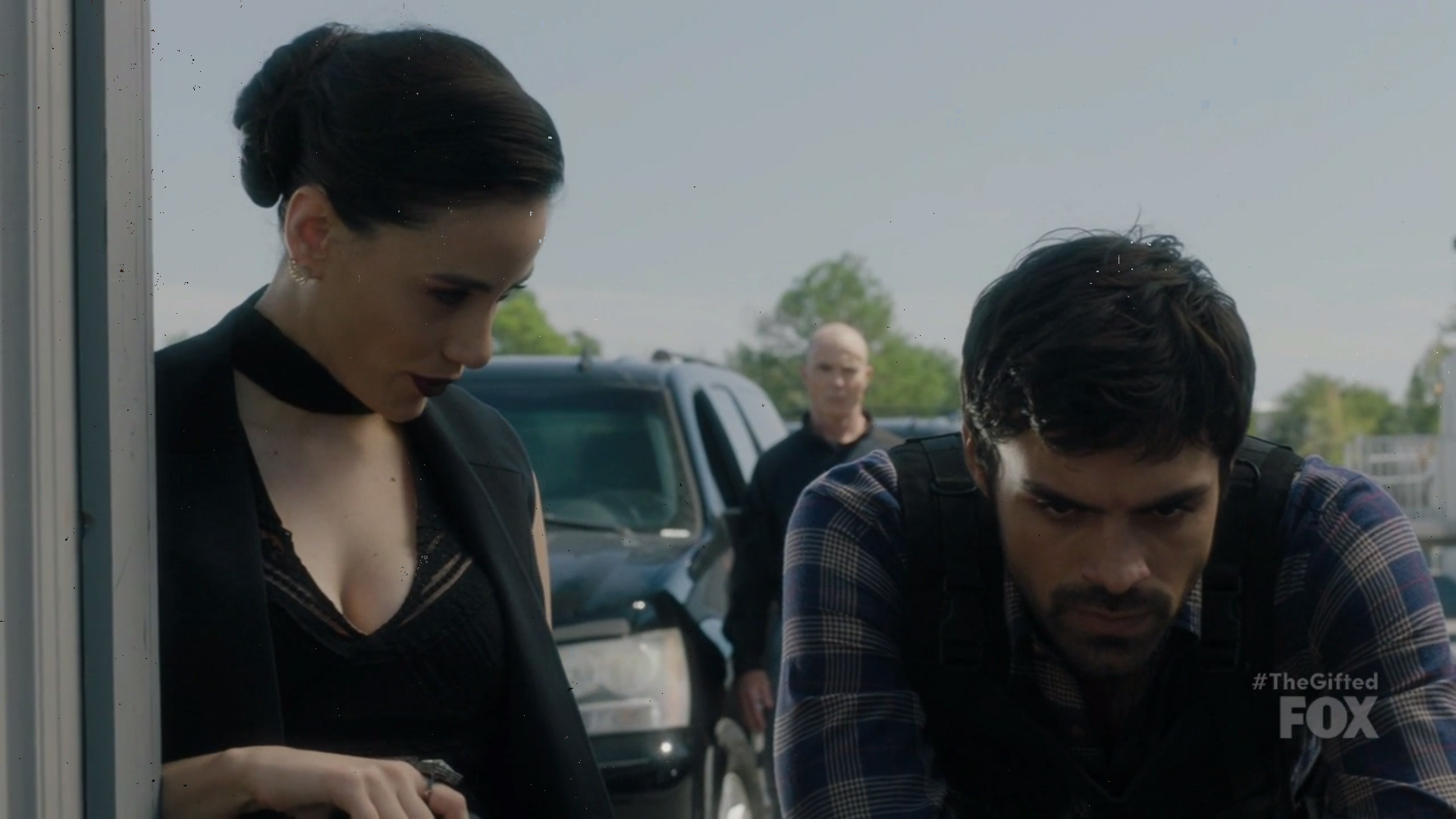 The Gifted again sees not much forward momentum but a lot of cheap drama as everyone engages in miscommunications and forced conflicts. Honestly, at this point I’m not sure where this story is even going but watching superpowered characters bumble around in their private lives is fine for now.

The first annoyingly contrived issue is about Lauren’s boyfriend, Wes. He’s a mutant teenager who can create illusions and he was instrumental in helping save people in the previous episode. Lauren has a crush on him and he’s sweet to her. As teenage crushes go it’s all right. Where things take a turn is when her father, Reed, finds Wes’s criminal file in the hard drive that they stole from Sentinel Services. Wes apparently did terrible crimes like stealing in the past. Oh, the horror! What makes no sense about this is that first, Reed and Caitlin confront Lauren with the information in a highly combative way. Lauren gets angry and screams at Wes for not telling her he used to do crime. Wes, however, was kicked out by his parents and living on the street when he was stealing which is an experience that so many of the other mutants have had that I don’t understand why it’s such a huge problem that the kid engaged in criminal activity to stay alive. It seems to me that’s a fairly common thing amongst mutants, not to mention the fact that literally all of them are currently on the run from the law. We could have explored the discriminatory nature of criminal law or even touched on the circumstances that force people into illegal actions. Instead we just got a lot of unwarranted teenage high drama. 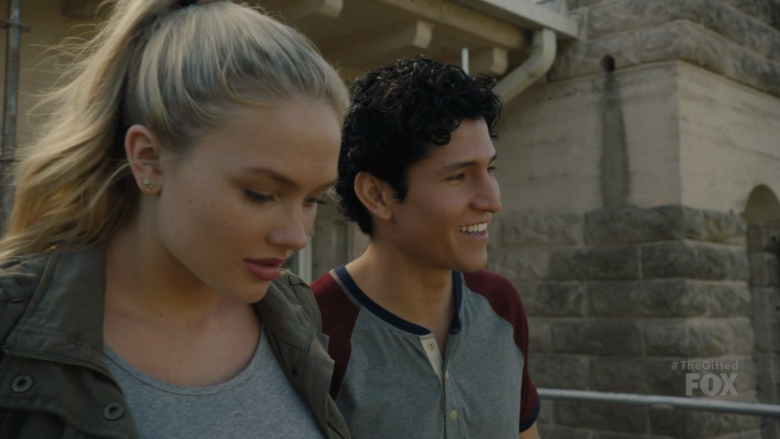 The other storyline that annoys and bores me to tears is Polaris (Lorna) and Eclipse (Marcos). Eclipse previously made a deal with his ex-girlfriend Carmen where she would get him information to help free Polaris if he worked for her helping to run drugs again. Carmen calls in that favor and Eclipse mopes about how he doesn’t want to leave Polaris, and then about how he doesn’t want to kill anyone. Polaris discovers that he lied to her and, instead of discussing it, she stalks him through cartel territory, finds him just as his ex-girlfriend is flirtatiously kissing him on the cheek for a job well done, and then storms away. Back at the Mutant Underground headquarters, she doesn’t discuss his lies with him, she just blows up at him. Neither one of them communicates effectively even though doing so is as simple as explaining why they are angry and why they did what they did. It’s such contrived, boring nonsense. I’m just not into it. I think these two, at least, are supposed to be adults but they sure aren’t acting like it.

The part that kept me interested in this show was the plotline with Clarice aka Blink. She left the Underground in anger and frustration last time because of the way Sonia manipulated her mind and the way everyone lied to her about it. The memory that she was given was a standard goofy romance plot with John. Blink is out on her own trying to figure out what she’s searching for. It’s aimless, but she’s so disgruntled that I don’t mind her not having any goal or purpose other than to keep herself safe. Perhaps I just over-sympathize with someone whose superpower is escape. At any rate, John goes to find her again both because he’s worried about her and because she’d be useful to the cause. When he does find her, he decides to help her discover what it is she’s searching for because his superpower is tracking. They find a house where Blink used to live with other mutant foster kids where she used to feel safe. Inside the house is a slaughter because when Blink was sick from over-using her powers she led Sentinel Services directly to the place. It’s still a bit basic but I thought that was a nice, reasonable way to get Blink invested in the Mutant Underground cause and to show her that the best place for her is with other mutants where she can do good and help people. John did finally apologize to her for the way they manipulated her, and I imagine she’s still distrustful of them (especially Sonia) but she’s on board now which is good. Blink is the only character I really like in this show and that trend continues throughout this episode. 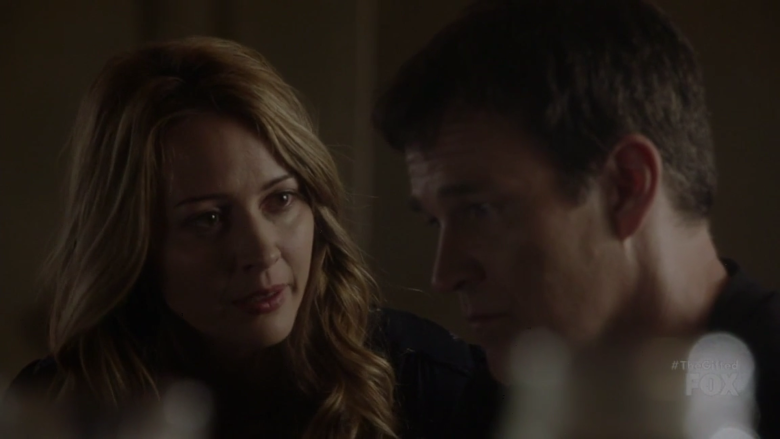 The Gifted is a fairly basic soap opera with a science fiction flavor. It’s a nice flavor but it’s like the packet of powder that comes with cheap dehydrated ramen—just because it tastes okay doesn’t make the actual contents any more nutritious. This show continues to be neither good nor bad, just sort of mediocre. The thing that makes me saddest about its mediocrity is that it has the potential to be amazing but opts for the lazy choice every time.