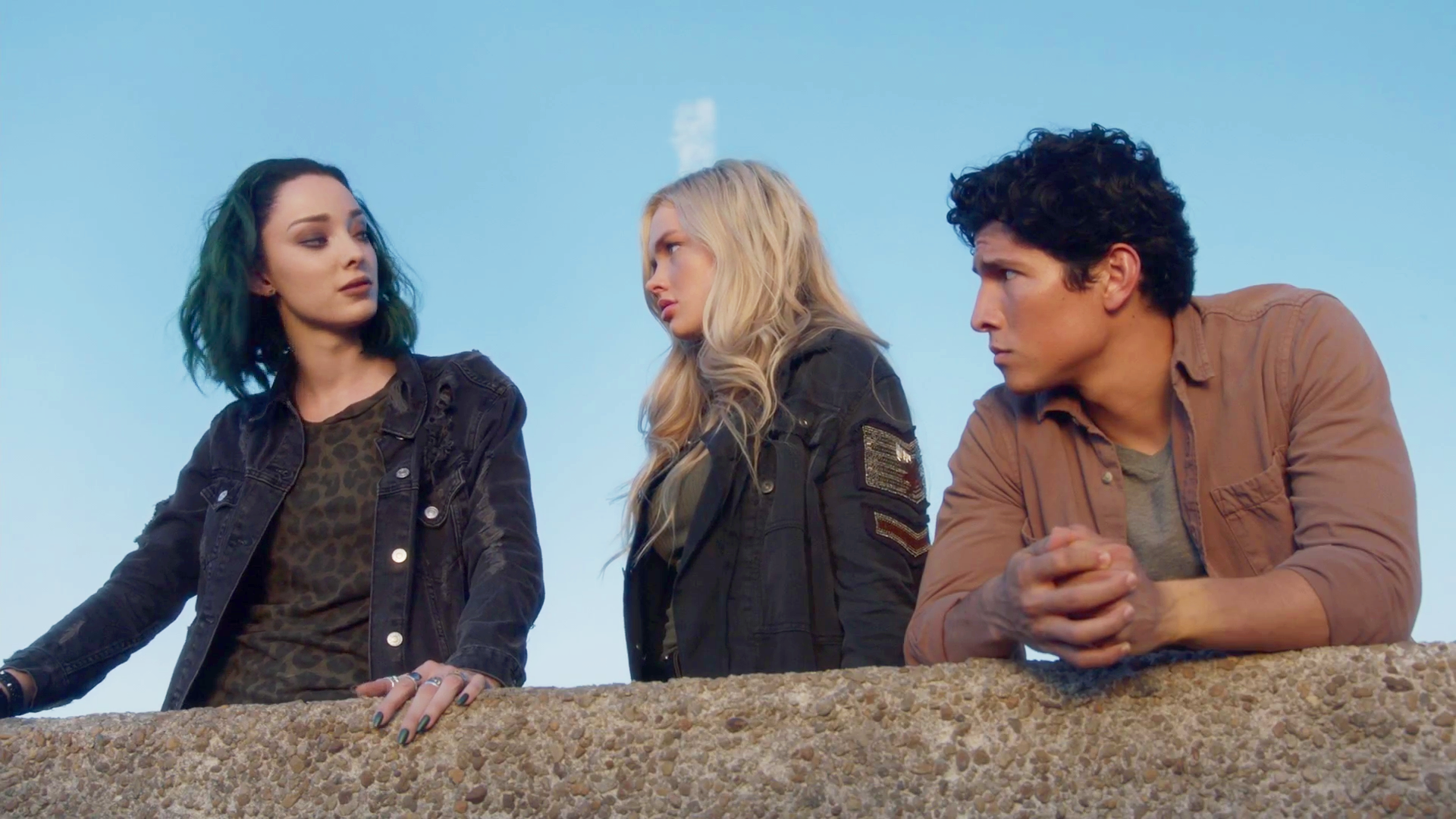 The Gifted continues to be generically all right with the sixth episode of the season: “got your siX.” This is another episode where a lot of business happens but there isn’t much progression. The main objective is that the mutants must break into a secure facility and steal documents to find out what Sentinel Services is doing. Sentinel Services chases them. Every episode of this series is like a baby step rather than a full stride and it’s vaguely frustrating to watch.

This show is trying to retroactively cram a friendship between John (aka Thunderbird, the leader of the Mutant Underground) and a mutant named Pulse into the storyline with mixed results. Pulse’s introductory episode was scattered and a bit transparent while here John’s flashbacks take more pains to establish a relationship between them. Just stating that two characters know each other isn’t enough for me—I’ve gotta see what’s between them or I just won’t care. Building the friendship between John and Pulse does this plot a major service considering how random it is that they need to break into a building just to steal documents. I’m an archivist by trade and I’m all about spy stories so I get how awesome of a plot devices stealing papers and hard drives can be, but retrieving the physical manifestation of an infodump isn’t compelling unless the story makes me care about the implications of the info. I’m not quite there yet with The Gifted. It’s also annoyingly blatant that Sentinel and the creepy doctor are doing some kind of brainwashing mind-control on mutants to turn them into weapons. Geez Louise, if they avoid that neon flashing “OBVIOUS” sign I’ll be so grateful I’ll probably forgive them a lot of other transgressions. 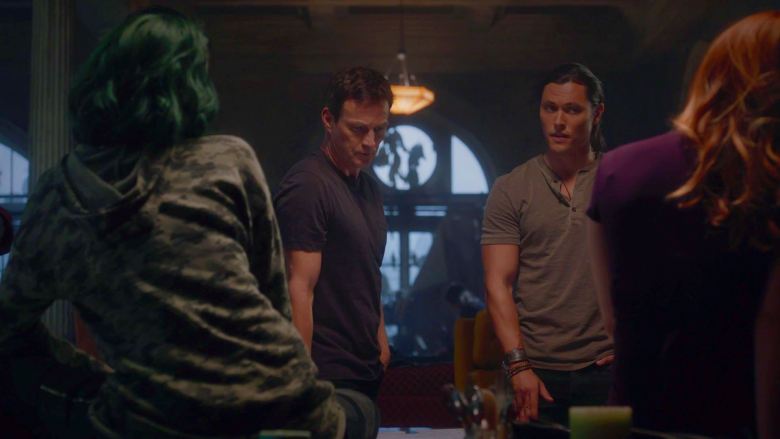 The strongest part of this episode is again the Strucker family’s relationships. Andy joins Reed and Eclipse on the mission to the Sentinel Services building because his powers can help them break in. The two of them get a chance to catch up with each other, discuss Andy’s (former) problems in school, and all the new changes in their lives because of his mutant powers manifesting. There are some nice moments there. Lauren and Caitlin stay behind and Caitlin is obnoxiously protective of Lauren and demands that she stop training with Polaris. That’s the first time I’ve seen Caitlin do something irrational in service of plot conflict and I’m reluctant to let it slide. Yes, Caitlin is trying to keep her children safe but up until this point she’s also been well aware how much danger they’re in and the necessary risks they’ll have to take. She does eventually relent and let her use her powers but it’s to save Reed and Andy which also strikes me as selfish and off. At any rate, the relationships between the Strucker family members are all loving, accepting, and caring which is rare to see on television and one of the reasons that I consider this show worth my time.

The thing I found the most enjoyable in this episode was actually the great use of superpowers throughout. Polaris starts training the teenagers, Eclipse uses his powers to keep his team safe, and in the end everyone uses their powers together to make a slick escape from Sentinel Services. So often superpowers are just an excuse for explosions, but each one had a specific practical use to the plot which is a storytelling strategy that I appreciate. 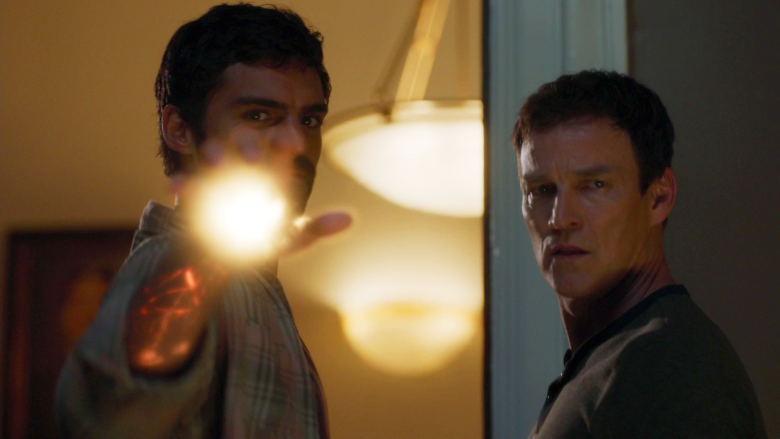 I think what bugs me most about this series is that it’s using mutants as stand-ins for oppressed groups facing social justice issues but it’s also quite bad at addressing even the basic personal implications of social issues with its characters. Sure, Sentinel Services is basically mutant ICE and all of the characters have coming out narratives but at the same time the character dynamics are simplistic and the presentation of every character feels exactly wrong. Polaris is a badass warrior, and badass warriors can have families, but in this narrative pregnancy has a foregone conclusion of birth. It strains credulity to believe that this woman with such a terrible past and a complete knowledge of the world she lives in wouldn’t even question whether she wants to bring a child into it without planning or forethought. What still drives me the battiest is Sonia aka “Dreamer” and her treatment of Blink. Manipulating people’s minds is already a dangerously evil power, but neither Sonia nor John apologizes to Blink and they both keep talking themselves into believing that it doesn’t matter how poorly you treat people as long as you save lives. If the only way for you to save your people is to abuse your people that’s not saving them—that’s setting yourself up as an evil overlord. The lip-service paid to social issues through the traditional X-Men style of “mutants are xyz group” is nice but it’s completely undercut by the storyline itself which won’t let anyone break out of normative character archetypes. It’s like watching a center-right narrative that’s constantly screaming about how progressive it is. Basically: bless Blink for leaving. She’s the only character I really care about in this show at this point and that’s including the one played by Amy Acker—a woman who is a minor saint in my personal pantheon.

Ultimately, this series just feels all over the place. The plots are serviceable but often seem to rely on relationships that should have been established in the story beforehand so each episode spins its wheels and gets caught in circles. Even when it’s trying to establish those relationships the stories that it tells are largely generic. I’m personally bothered by the strange mishmash of political messages and frankly I feel like the creative team has no grasp on agency or healthy personal boundaries. I’ve got issues with a story that’s claiming to be about uplifting the oppressed while the messages it’s actually sending on an individual level are shouting the opposite.