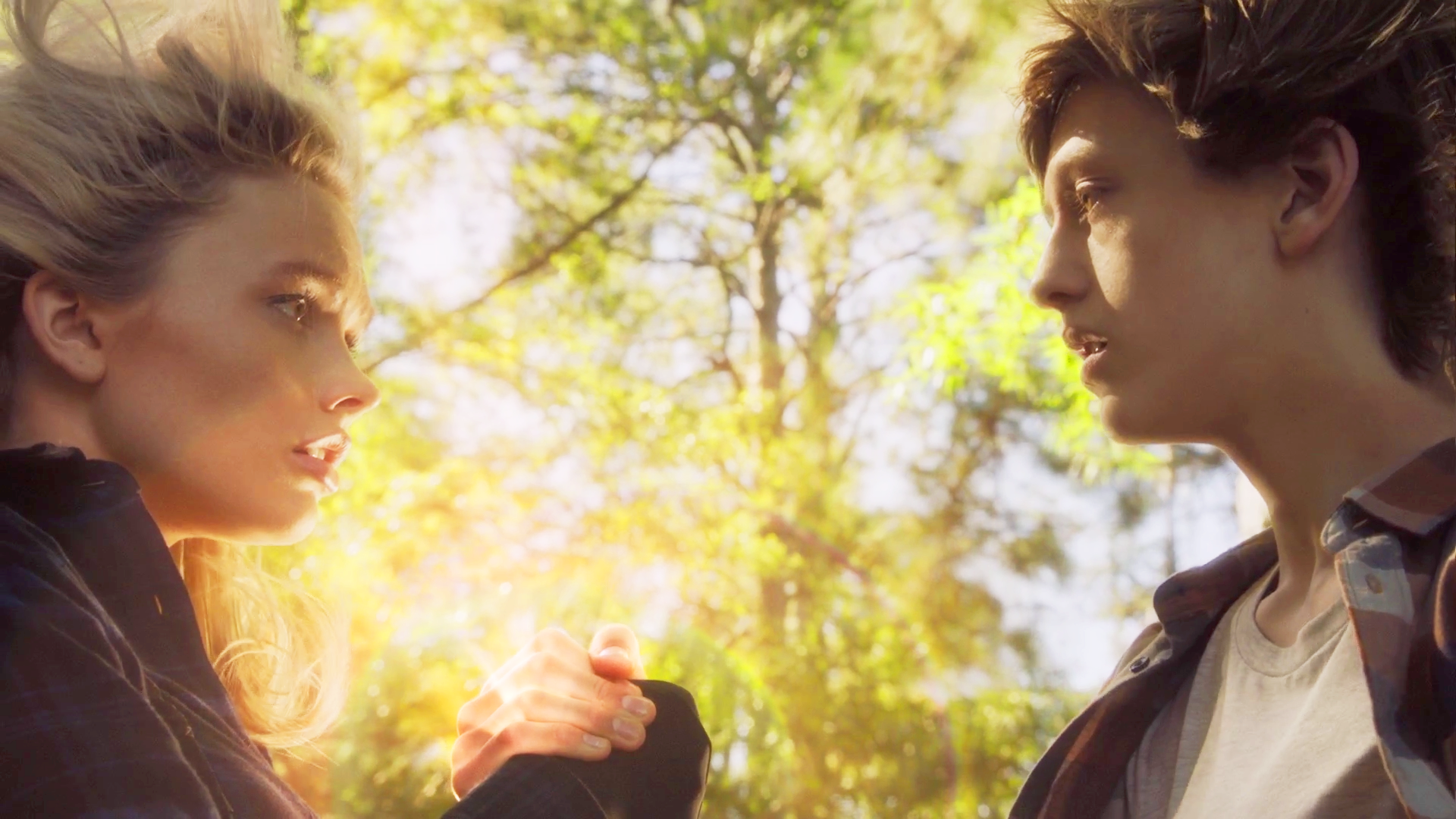 It took nine episodes but things actually start to happen on The Gifted in “outfoX.” A telepathic mutant spy convinces everyone that they need to break into a secret mutant research facility and rescue all of their comrades while Andy and Lauren figure out that they have an ultra-destructive power. The rescue plot is mostly just pretense for getting everyone captured by the end, but Lauren and Andy get lots of hard questions and temptation that greatly enrich the show.

The plot is fairly evenly split between figuring out how to infiltrate the lab and Lauren and Andy discovering their powers. I’m still mystified by how an entire enclave of supposedly adult mutants can behave in such juvenile, immature ways and still keep up the pretense of being a functioning organization. They aren’t one. They’re super dysfunctional and it irks me that their relationships and interactions are being presented as positive. Most of the Mutant Underground stuff is just blatant soap opera drama that is seemingly peppered at random through the Underground Railroad allegory to keep things “spicy.” There are ways to have human relations embedded well within socially relevant stories but this is not one of them. Their problems are all petty, largely stemming from a lack of interpersonal communication, and they take away from any deeper message that the show could be telling about fighting oppression and tyranny. That’s a shame. 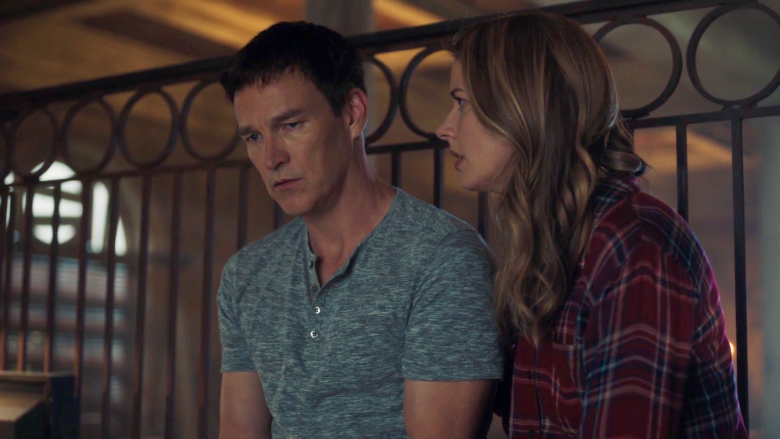 Also, Caitlin Strucker is a waste of Amy Acker’s talents. The story would be about six-thousand times more interesting if it was Caitlin who had the secret family history of dangerous mutations and not Reed. Reed is boring. Centering the ultra-vanilla white guy as the character with the greatest conflict and identity crisis just has me rolling my eyes at this point. White guys are people too, but stories need to work to make every character multidimensional and relatable. The Gifted doesn’t do that work for anyone; it just presents basic sets of characteristics, dusts off its hands, and presumes that makes everyone fully realized. It does not. Reed has no complexity and giving him the troubled history doesn’t add any. It’s a bit like shining a spotlight on a really poorly made statue.

I’m also flabbergasted by how traditionally sexist this show is even while constantly trying to present itself as progressive. Lauren’s power is protection while Andy’s is destruction. Lorna’s sole storyline is about an accidental pregnancy and all of her problems could be quite simply resolved if she just got an abortion. She could stop crying about how terrible everything is and how the world gives her so much anxiety and just fight. There’s time for babies when you make a safe place for them. Caitlin is a nurse and her caretaking skills are often more useful than anyone’s mutant powers but she also is constantly called upon to be the moral and emotional foundation of like every single character. That was cool for a while but I find it tedious now. Some episodes she’s a rock and some episodes she screams and cries the entire time. The situations aren’t all that different, it’s just the reactions. I wish she was written more consistently. Sonia, the red-headed manipulator chick, is also stunningly poorly written. I’ve hated her since the beginning because of the way she shifts responsibility away from herself in every situation, but this show is trying to have her emotionally support John. She’s not actually being emotionally supportive, she’s still being manipulative but this series can’t tell the difference. It’s disturbing. Plotwise, Lauren and Blink are the only two female characters who are individuals first and only incidentally traditionally feminine, if at all. Lauren’s power is protection but she also has an interesting story and internal conflict personally. It’s related to the fact that she has powers but isn’t related to the nature of them. Blink speaks to me even more. Her power is escape, she looks extremely punk because of her mutation, and she has large doses of attitude and common sense that no one else in the show has displayed. She’s still my favorite. 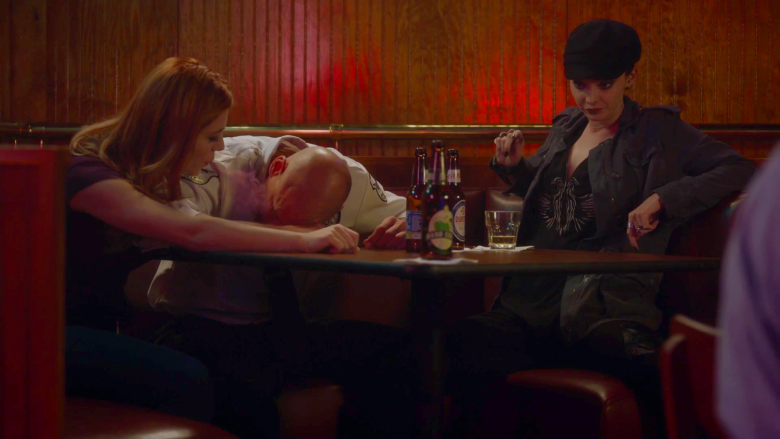 What’s finally made this series interesting on a bigger level is that the Strucker kids have some massive destructive powers when they use them together. Lauren and Andy having a kind of power addiction is brilliant because it lets them fight against the impulse to “be monsters” like their grandfather and great-aunt. When they are about to use their powers near the end of this episode, Andy stops them because to do so would kill everyone in the building. That’s an excellent demonstration that it matters who you are. You may have the same powers as terrible monsters, but your decisions about how you use those powers matter far more than how much damage you can potentially do. Your choices are important and the true demonstration of character, not your traits. That I love, and it’s the first really savvy thing that The Gifted has done. The majority of this show is extremely basic, full of default narrative choices, and grating to watch. Lauren and Andy have always been one of the best parts because of their interactions and their realistic struggles. I’ve felt since the beginning that the series should focus more on them. Here’s hoping that’s what’s about to happen.

Thank goodness this plot is starting to actually gain momentum. Most episodes of this show to this point have been everyone spinning their wheels and not getting much of anywhere. This time, actions have consequences, the mutants got caught, and there’s a whole new set of obstacles for everyone to work through. It’s nice to see this show finally gain traction.