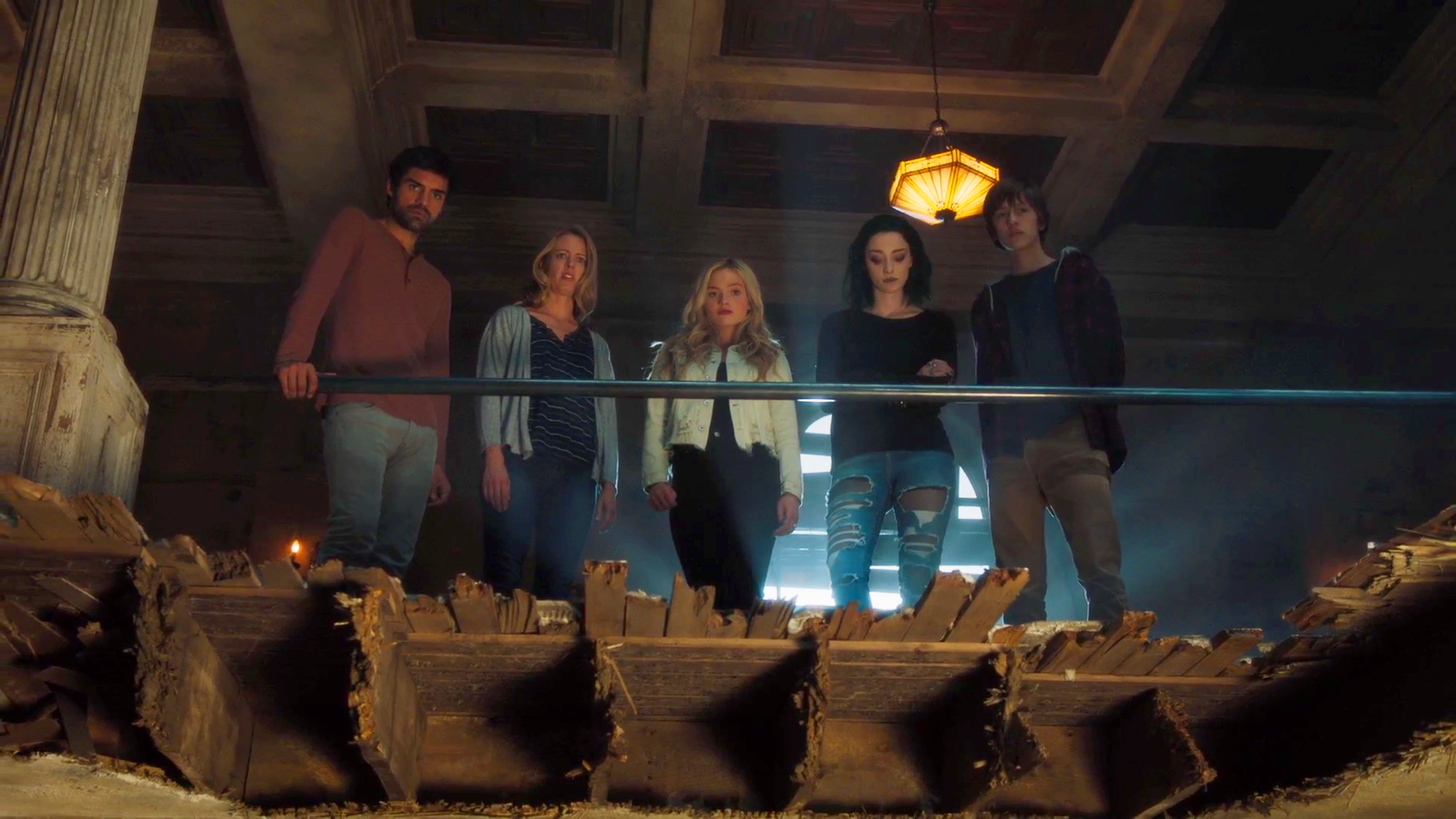 The Gifted turns in an improved episode by providing practical rather than interpersonal problems for its characters to tackle. There’s more forward momentum in this one episode than there’s been in the past three, and a lot of the series’ nebulous world-building issues get backed up by concrete plot points. All of these things combine to make “threat of eXtinction” far more watchable than usual.

This show has mostly been melodramatic and vague, so it was nice to finally get some background on why on earth these people are after Andy and Lauren specifically. It would have been nice to understand beforehand that it’s specifically the two of them who are important, not the fact that they’re mutant siblings as was suggested previously. There have to be plenty of mutant siblings in the world and they don’t all have super-destructo powers. The idea that their immense power will somehow destroy the world is also pretty melodramatic as considering they’re both good, sweet people and that makes a difference when it comes to slides into villainy. Honestly, I find this show’s attempt to portray a “mean” dad utterly laughable. All he does is shout. If that’s the worst abusive, absentee parent that this creative team can come up with then I think I understand why so much of the conflict in this series is petty and shallow but played as world-shattering. These folks don’t know trauma at all. It’s also irksome that the Strucker’s “aren’t like the others.” It’s not enough that our heroes are mutants like everyone else, they have to be extra special uber-mutants who can destroy the world. That’s pretty standard, but I think I’m spoiled by a lot of my other shows which take the standard and give it a spin. There’s no spin on anything in The Gifted. 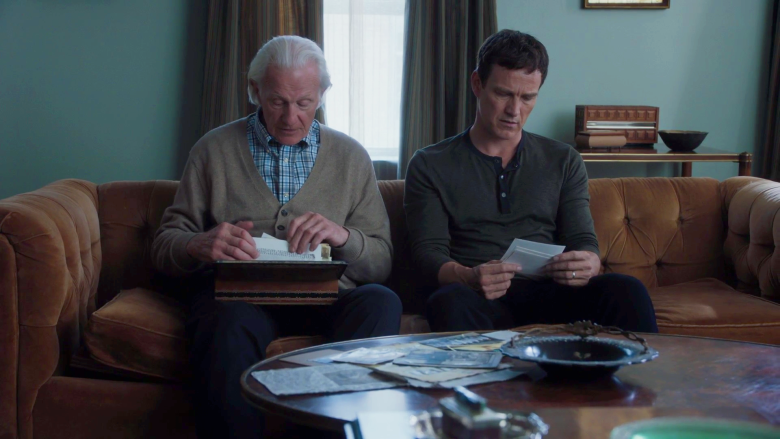 The other nice bit of plot development in this episode is the revelation that Sentinel Services is capturing mutants and hopping them up on a highly addictive mutant-specific drug in order to control them and use them as spies on the Underground. It was unclear how they were getting mutants to do their bidding before this but turning them into drug addicts is an acceptable explanation. John and company capture one of the Sentinel spies and it comes down to Caitlin to figure out how to get her to talk. Caitlin’s solution is to actually help her. This show is at its absolute best when it gives Caitlin something to do other than be a stern mom. Her medical expertise has already been critical in multiple battle situations and when there is a problem that she has to figure out and fix, that gives the story intriguing conflict rather than the forced soap operatics that the majority of the characters are trapped in. Caitlin’s compassion is a grounding influence in an otherwise highly charged situation and she often has to challenge herself to do things she’s not comfortable with in order to help people. When she has to confront herself she always changes in the end and that’s the definition of character growth. I’m definitely biased because I was always here for Amy Acker but if they’d give even one or two other characters the kind of depth and development that Caitlin gets every now and then then this show would be worlds better.

My opinions of most of the other characters are largely unchanged. John is okay. Marcos and Lorna are extremely stupid and their petty fights make me cringe. I keep shouting at Lorna to just get an abortion. I’m glad that she did, at least, finally say that they shouldn’t be bringing a kid into such a terrible situation. Keep thinking on that, Lorna. Abortions are a thing. For that matter, so is birth control, but hey. Marcos and Lorna sniping at each other over things they could easily discuss is tiresome. Sonia (the redheaded chick) still sucks. They try to have her use her mind-altering power for a “good” cause here but to my mind it’s still not okay. Sonia’s whole manner disturbs me because she tries to act innocent and harmless and then violates people’s minds without their consent. I do not like her. Clarice continues to be the only non-Strucker mutant who is really worth anything. Clarice spends the bulk of this episode comforting a mutant girl that they rescue from a safehouse. She tries to show her that it’s okay that she is so visibly a mutant and helps her with her trauma. Clarice isn’t even one of the Underground leaders but she routinely shows more compassion and leadership then all of the others combined. They’re so focused on their soap opera personal lives that I’m astounded they have time for anything else, let alone running a covert operation. 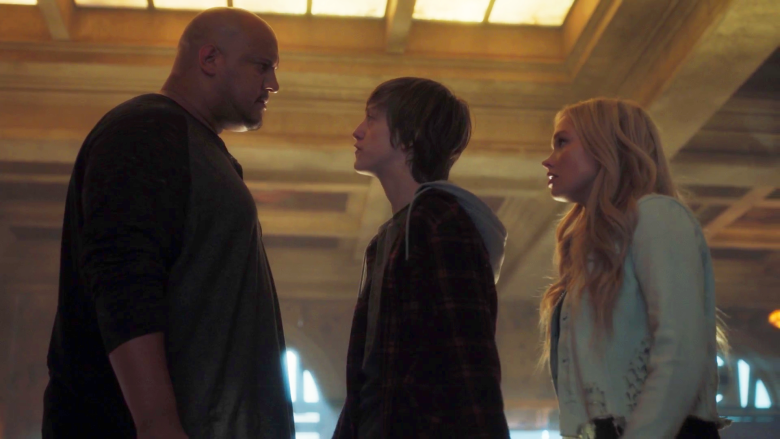 One thing that this series has consistently done excellently is the way that it uses superpowers. There are a lot of powers in this story just by the nature of the thing, and it would be easy to use them in a lazy way. Instead, characters use their powers in practical, everyday situations and when they do fight it often takes multiple mutants creatively combining their powers to achieve their goals. The superpowers and action scenes are definitely where this show really shines as the plot and characters are often fairly stock. If nothing else, the powers make this a decent X-Men series.

All in all, this episode was better than the usual fare from The Gifted, as it more thoroughly explained some of the foggier plot points that the series usually hand-waves and it allowed a few characters room for real growth. I’m unimpressed with this show overall, but it can be decent when it puts in a little bit of effort.