After taking a break last week to accommodate the Outlander finale, The Girlfriend Experience was back with a bang last night. And with just two episodes to go, both stories are certainly hurtling towards the finish.

We’re off to D.C. first, where Anna is still reeling from being rejected by Erica. In an attempt to find answers, she meets with Darya (in another practically empty restaurant, of course) – who doesn’t hold back when Anna asks her if she’s in love with Erica. Darya tells Anna that she only keeps Anna around because she knows a lot of useful people; she doesn’t love her, in fact she finds her repulsive. Charming. Anna asks Darya if she can see her apartment, which Darya agrees to. Once inside, Darya makes a move on Anna; which causes Anna to deliver the understatement of the century when she rebuffs Darya’s advances and declares that she has no idea what Erica sees in her. When Erica finds out  that her ex and her girlfriend met up she immediately assumes that they slept together and begins to unravel. 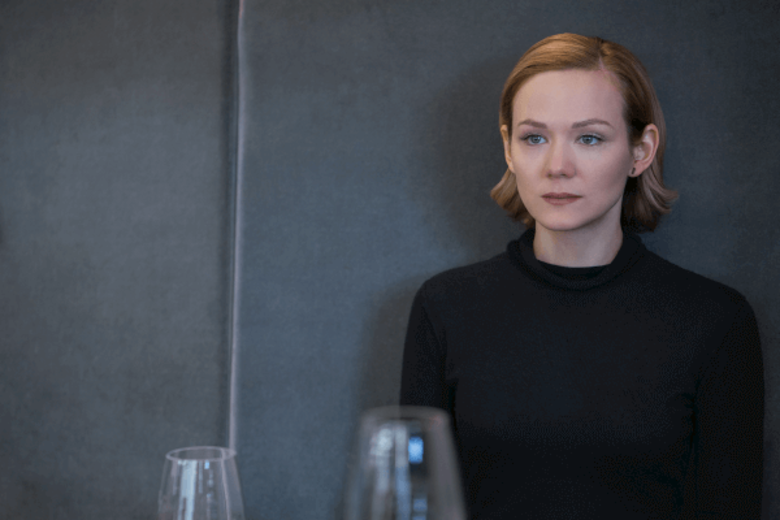 Meanwhile, things in Erica’s professional life are going from bad to worse, but she seems much more focused on fixing things with Darya. She shows up at Darya’s apartment and begs for forgiveness, but Darya isn’t interested. She tells Erica that she never loved her and that their poor excuse for a relationship is over. Distraught, Erica gets on her knees and begs Darya to reconsider. But this has no effect on a woman who is void of empathy; she hits Erica and throws her out.

It’s 11:30 the next day and Erica still hasn’t shown up for work. Turns out she’s still at home, where Sandra finds her drunk, in her underwear and demanding more vodka. Sandra helps Erica into the shower; and the next day Sandra agrees not to tell anyone what she saw. But after basically ignoring her professional problems for most of the episode Erica is finally forced to confront them when Sandra discovers that the company Koscielny transferred his money through is now controlled by Martin Hoban – a oil and gas oligarch. Fully aware that having anything to do with Hoban is highly illegal, Erica instructs Sandra to delete all correspondence with Koscielny. Assuming that she has left the covering of her tracks in safe hands, Erica leaves – which gives Sandra the chance to sneak into her office, photograph some documents from Hoban industries and leave them in Erica’s drawer. 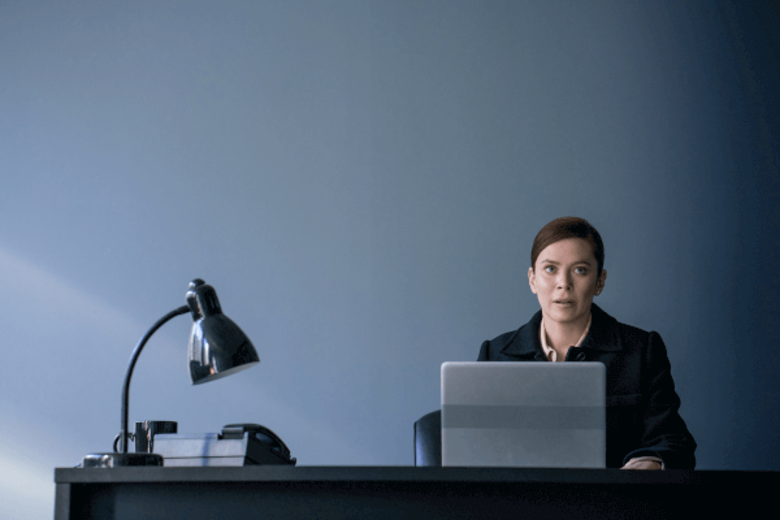 When we were last in New Mexico, we left Bria waiting for the police, and at the beginning of “Making Amends” they have finally shown up. But so has Ian, and he wants Bria released into his custody. Despite Bria’s pleas, she is handed over to him – while Kayla is driven away in a cop car. Ian drives Bria out into the middle of nowhere and quickly becomes angry and aggressive, calling her quite the mix of offensive names. Meanwhile, Kayla is at the police station. At the beginning of the episode, Bria begged the police to leave Kayla alone, but just when it seemed as though their relationship was about to turn a corner the police throw quite the spanner in the works, when they reveal to Kayla that Donald had set up trusts in her name, with Bria named as trustee – insinuating that the only reason Bria even took Kayla with her in the first place was to ensure that she still had a connection to the money. 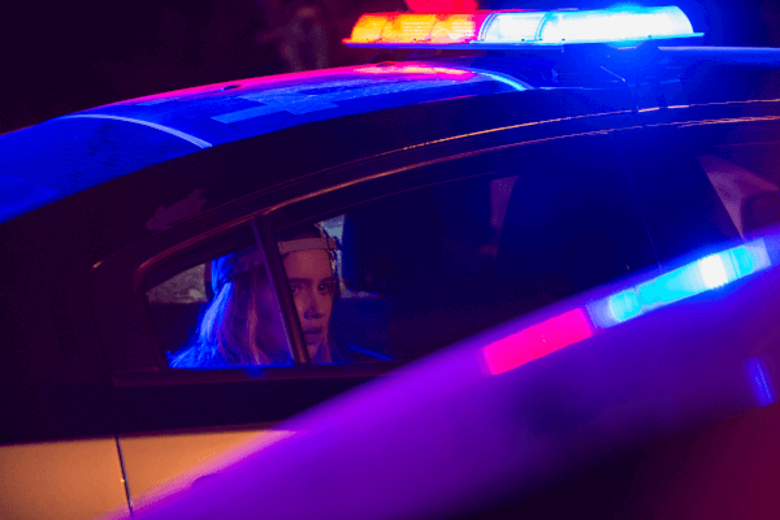 Ian takes Bria back to the house and tells her to pack, which proves difficult given that her hands are zip-tied. Then, in an interesting parallel with “Citizens First” Ian forces Bria into the shower. He apologizes for saying hurtful things, but is quick to add that Bria doesn’t seem appreciative of the fact that he put his job on the line for her. Bria says that she understands, that she’s sorry. Ian cuts her ties, and then watches as she starts to undress. Bria tries to use the moment to her advantage, tells Ian that she wants to go away with him, she wants to disappear. Ian says that’s what he wants too – then he puts a bag over her head. In the darkness, we flashback to a fundraiser held by Donald; we see Bria sign Kayla’s trust documents; learn to shoot; and ask Donald what he would do if she died. 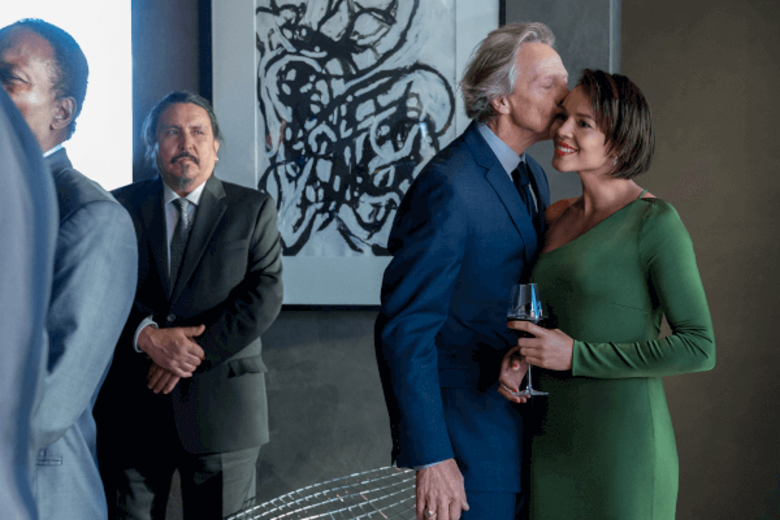 The bag is over Bria’s head when she arrives at court to come fact-to-face with Donald. But as soon as she takes the stand she panics and tells the judge that she needs a moment. She goes to the toilet, where she throws up – and then notices that the protection officer who was waiting outside the door is in the cubicle next to her. Seizing the moment, Bria makes a run of it; leaving the court house and jumping into a cab.

Once again, Bria’s story was by the far the more compelling of the two this week: the pacing was great and the character development was on point. Whereas, “Citizens First” focused almost entirely on Erica and her rapidly collapsing personal and professional life, but it is hard to feel invested in Erica and Darya; and so Erica’s desperate attempt to save their failing relationship fell rather flat.

I’ve no idea how either story is going to end next week, but I have a feeling that we won’t be getting too many happy endings.