The stories of Erica, Anna and Bria come to their conclusions on this week’s episodes of The Girlfriend Experience; andas you probably could have guessed, it’s not exactly happy endings all round.

Our time in D.C. has been billed as Erica and Anna’s story, but “Relapse” is the final proof that this was really Erica’s story; Anna was merely a supporting character, who finds herself with a front row seat to the collapse of her ex-lover’s life. For the past few weeks Sandra has been passing on Erika’s secrets to Novak’s guy, and she keeps that up this week by telling him about the Citizens First donation. Then when she is offered $10,000 to keep monitoring Erika she agrees; and also tells him that Erika is an alcoholic who’s been drinking on the job. Meanwhile, rumors have begun to spread that the FBI are looking into the Koscielny donation – rumors which eventually make their way onto the desk of Erika’s boss. When he confronts her she lies to his face, telling him that she vetted Koscielny and that he’s clean. Realizing that the net is well and truly closing in now, Erika calls Sandra into her office, asks her what she knows about Hoban and then tells her not to talk if she’s contacted by the FBI – but little does Erika know that Sandra was recording the whole conversation. 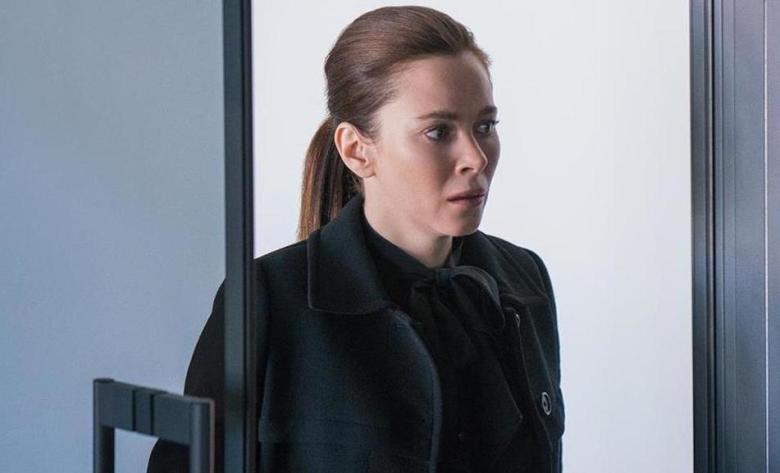 As Erika becomes more and more desperate she meets with Anna and tells her that she’s been having problems at work and that her relationship with Darya is over. When Anna tells Erika that she had an abortion, Erika says that they could try again (apparently she has done a complete 180 and would now like a child with Anna). Then, in quite the role reversal, Erika tries to stop Anna leaving by telling her that she still loves her and wants to give their relationship another chance. If you thought that Anna was simply going to walk away, you were wrong – later that night she shows up at Erika’s house. She says that she just wants Erika to lie with her, but when Erika kisses her Anna couldn’t look any less interested if she tried. Meanwhile, Sandra is called in to speak to the boss. After getting him to agree to consider her for a new job, she tells him everything about Erica and Koscielny.

When Erika shows up at the office her key card doesn’t work and her office has been locked – she’s been terminated. Knowing that it’s now only a matter of time before the FBI shows up on her doorstep, Erika meets with lawyers; who tells her that she could be facing up to 10 years in federal prison. Erika cries to Anna, but if she’s expecting sympathy she doesn’t get it; instead Anna tells her to stop whining like a child and drinking herself to death – and then finally calls time on their relationship. Before she leaves she tells Erika that she won’t even remember her, she simply chooses not to remember anything that hurts her. With her life now spiraling completely out of control, Erika continues drinking and winds up on her roof. For a brief moment it looks as though she might be thinking about jumping… but instead she drops her glass and watches as it smashes to the ground.

Erika goes to meet with the FBI (but swigs from a hip flask in the toilet beforehand). She denies knowing Hoban, and when they bring up the Citizens First donation she says she would need to check her records. But then they play Sandra’s recording. For the first time, Erika doesn’t have an answer; and in another interesting parallel with Bria’s story, she says she needs the restroom and instead uses the moment to flee the scene. Meanwhile, Anna is with a client – she’s back on top of her game. The last time we see Erika she is an absolute shell of the woman we met in the first installment of her story. Stripped of her power and influence, she finds herself completely alone. Lying on the ground, weeping – and surrounded by trash.

From one desperate woman to another. After fleeing from the court room at the end of last week’s episode, Bria has made it back to her house – which has now been locked up. But thankfully, nosey neighbor Sandra finally puts herself to good use when she helps Bria break in. Once inside, Bria gathers her stashed money – and finds the bug that Ian had installed in her bedroom. She goes straight from the house to the convenience store; where she uses the computer to arrange another meeting with Stuart – the guy she had sex with in his car a few episodes back. However, this time Stuart isn’t up to the job, and instead ends up talking about his wife and kids. But someone is watching them, and Bris knows it. She tells Stuart that he just needs to release, and suggests that they get some wine go out to the desert. 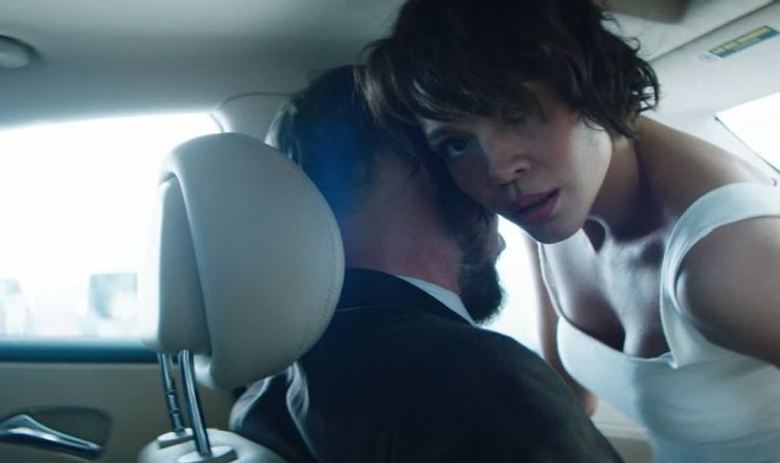 With a reluctant Stuart in tow, Bria goes back to the pawn shop to buy another gun. The pair then head out to the desert, where Bria challenges Stuart to a shooting competition and tells him that she’s going to tell him about herself – even if he doesn’t want to hear it. Then a car approaches: it’s Ian. Bria shoots him, then tells Stuart to put his gun on the ground. She leads him back to his car at gunpoint and tells him to go home to his wife.

Bria takes a wounded Ian’s gun; but then he tells her that he just wanted to warn her – and as if on cue, Donald arrives. Without barely a moment’s hesitation, Bria shoots him – with Ian’s gun. Then, in a genius move, she goes to Donald’s body, puts his hands around her neck and chokes herself. She puts her gun near Donald’s body before returning Ian’s to his hand, framing him as the hero – and then disappears into the desert.

If there’s one thing I’ll take away from this season of The Girlfriend Experience, it’s that Amy Seimetz has a much better handle on character development than her fellow show runner, Lodge Kerrigan. As much as it was nice to see Anna finally stand up to Erika, overall their story fell flat towards the end. In comparison, Bria’s story went from strength to strength, and in the end she was the only one of the 3 who really took back complete control of her own life; and it was oh so satisfying to watch.