This week’s installment of Erica and Anna’s story opens the morning after Becker’s party with Erica meeting Becker in his office, where he tells her that he is willing to make a sizable donation to McCord’s campaign – but in return he wants to influence legislation. Erika tells him that this won’t be possible, but Becker clearly isn’t a man who is prepared to take no for an answer. Meanwhile, Novak is getting ready to follow through on his threats to take down Anna and Erika for blackmailing him. He has hired a team of private investigators, under the pretense that Erika has applied for a job with his company and that he simply wants them to undertake due diligence on both Erika and her assistant, Sandra.

Erika is back in D.C., where she meet Anna for lunch; after which Anna has sex with a male client. Later, when Anna calls, Erika asks her if she met up with any clients – and what she did with them. When Erika mentions that she wants to watch Anna giving a client a blow job it gives Anna an idea; the next time she is with a male client she hands over her phone and asks him to record her – and then she gives the video to Erika as a present. 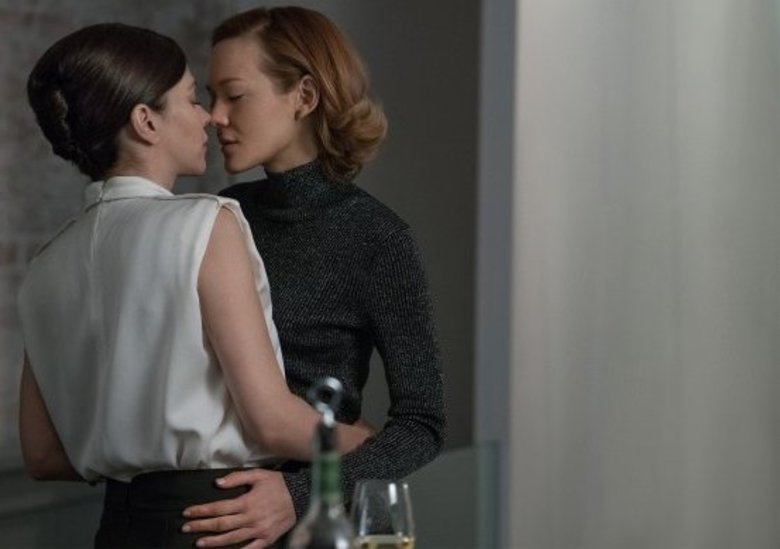 At work, Erika calls Becker to let him know that she has arranged a meeting with McCord – then her ex-girlfriend, Darya shows up. We haven’t seen Darya since the first episode when she left Erika sitting alone in a restaurant – but this time she’s come to apologize for how things ended between them. She is finally saying all things that Erika has been desperate to hear – and it completely throws her. Meanwhile, Novak and the Investigators meet again. They haven’t found any dirt on Erika, but they have unearthed something on Sandra. 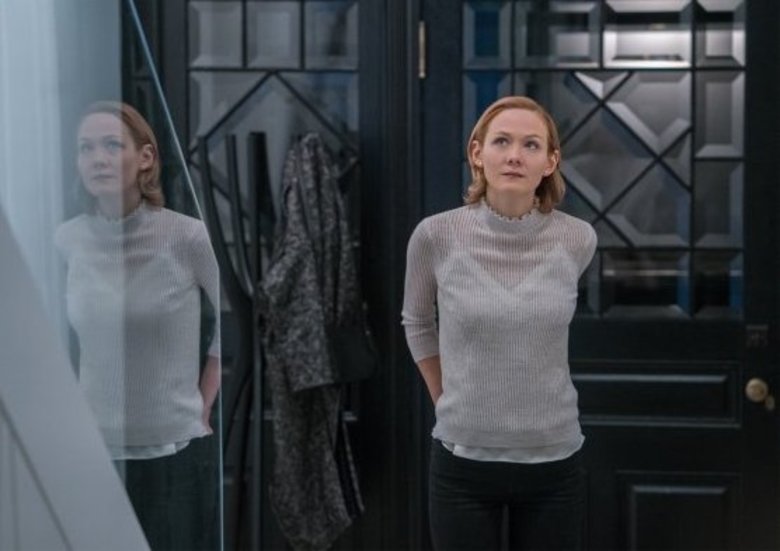 After ignoring Anna’s calls, Erika blames work and suggests that they meet at her place (Anna has her own key now) – where she finally comes clean about Darya showing up at her office. The next morning, Sandra stops at her regular coffee place on her way to work; completely unaware that she is being following by one of the Investigators. Inside, he cuts in line, orders for her and says that they need to talk. She asks him how he knows her order; he tells her that he knows a lot more about her – including how she forged some of her references and part of her CV when applying to be Erika’s assistant… 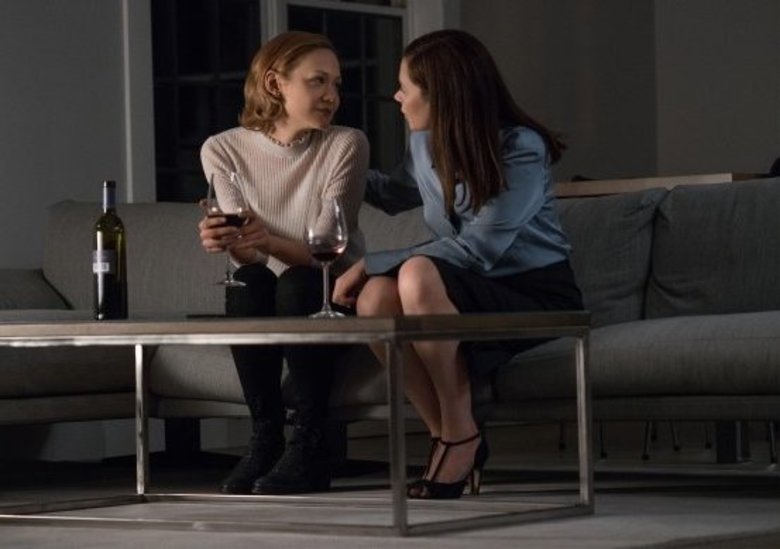 In New Mexico it’s also the morning after the night before, and Bria asks Ian if he wants to talk about what happened between them. He says no, but she uses the moment to try and convince him that she does want to be better – and to ask him if she can borrow his car to pick Kayla up from school the following day. He agrees to let her borrow the car, which she first uses to drive to another one of Paul’s seminars; this one features a lot of people laying on the floor while screaming and wailing. Bria joins them. In between her own screams she tells Paul that she needs his help. After the seminar she tries yet again to seduce him – but he’s more interested in his upcoming meeting with Kayla. 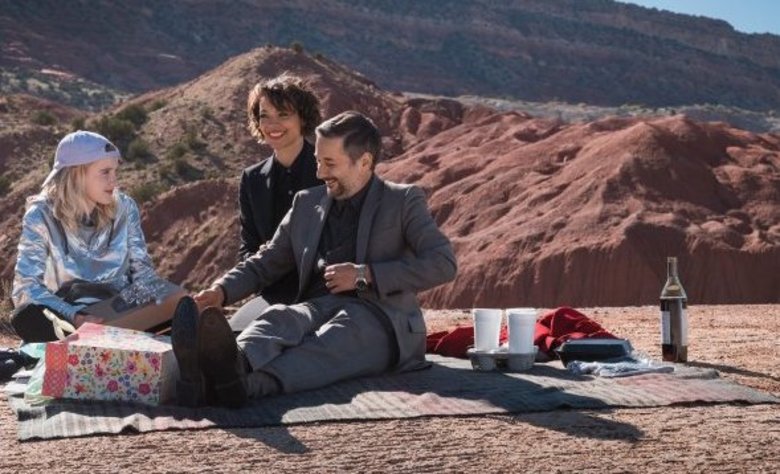 Bria heads to school to pick Kayla up – and then drives her out into the middle of nowhere for a picnic with Paul. When he arrives he has presents for them both: a tablet for Kayla and a bracelet for Bria. Kayla asks Paul what he does and how much money he makes – and he seems to take great pleasure in telling her that he is a very wealthy man. When Bria and Kayla get back home it’s already dark (yet Sandra, the neighbor, is still sitting outside). Bria tries to take the tablet from Kayla before Ian arrives, but with no success. Once again she lies to him about where she really was, but he doesn’t have time to dwell on that: the prosecution want to schedule Bria’s pre-trial examination and they need to start preparing.

Bria pawns the bracelet – and when Paul asks her where it is she tells him the truth. When he still won’t have sex with her, Bria reaches out to someone else through the sugar baby site. She meets the man in a parking lot and they have sex in his car. 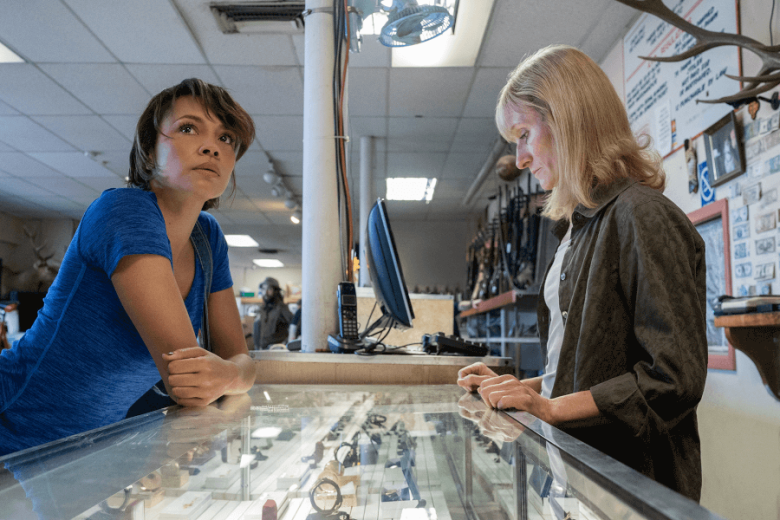 Still not giving up on Paul, Bria complies with his request to have him over to her house – he brings an eyeshadow palette for Kayla (which she says she won’t wear) and perfume for Bria (which she says she won’t pawn). As Paul cooks, Kayla announces that she’s tired and just wants to go to bed. Bria follows Kayla into her bedroom and they argue – then Kayla asks Bria if her father really did what everyone says he did (turns out she’s been using her tablet to read up on him). In anger, Bria tells the teenager that he wasn’t even her father, and that he is reason she doesn’t have a mother.

Bria arrives to record her pre-trial examination. She reveals that she met Donald when she was working as an escort for his own escorting company; and that they moved in together one month later. She tells the interviewer that she initially knew nothing about Donald or the true nature of his businesses – and that she feared for her life when she was with him. 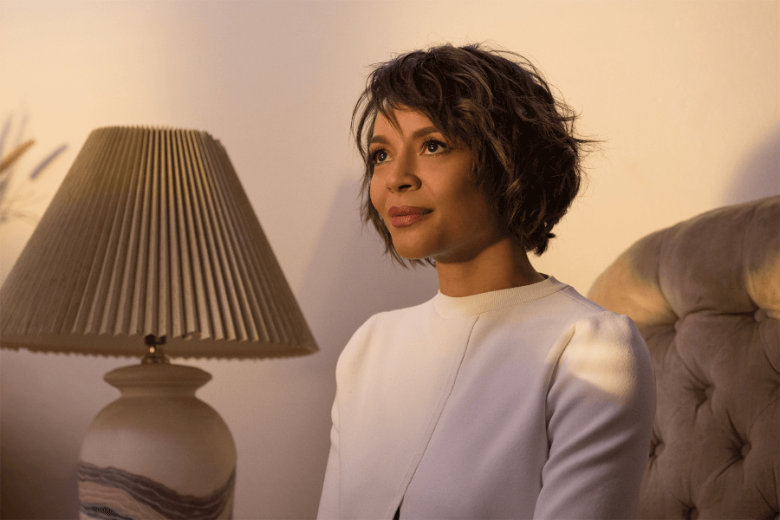 I came away from both episodes these week feeling slightly confused about the status of the two of the relationships within them. First there is Anna and Erika, while I like how there relationship is progressing, it isn’t clear if Erika is still paying Anna for her services – which is making it even more difficult to try and read a character who is already exceptionally challenging to try and get a read on. And then there is Bria and Paul. I’m not entirely sure why she is continuing to keep him around. She tells Kayla that he is helping them, but I really don’t know how he is.

There was also an interesting parallel between both episodes this week –  the possible imminent danger that all three women may be about to find themselves in at the hands of certain men in their lives. In “Solicitation” Novak begins his plan to extract revenge on Erika and Anna for the sex tape that forced him to hand over his donor list – and if the first two episodes of their story told us anything, it was that Novak is a man you certainly don’t want to get on the wrong side of. Similarly, in “Negotiation” we got a little more information about Donald and exactly what he is capable of – and it is Bria’s story that has had a much more ominous feeling running through each episode.

Both stories now feel like they’re about to really take it up a notch, and I can’t wait to see what next week’s episodes have in store.