It’s time for dinner on this week’s episode of The Goldbergs, “Dinner with the Goldbergs.” In an episode that’s both funny and fascinating, Adam F. Goldberg gives us a glimpse into the real-life chaos that was the Goldbergs going out to eat.

For a bottle episode, this one manages to be incredibly good. Though none of the punchlines were particularly laugh-out-loud worthy, the fast-paced gags and the number of callbacks managed to be so perfectly well-timed that the show never felt like it ran out of material. It also managed to utilize every single Goldberg – plus Geoff, bonus! – in a way that funny and gave each character mostly equal screen time. 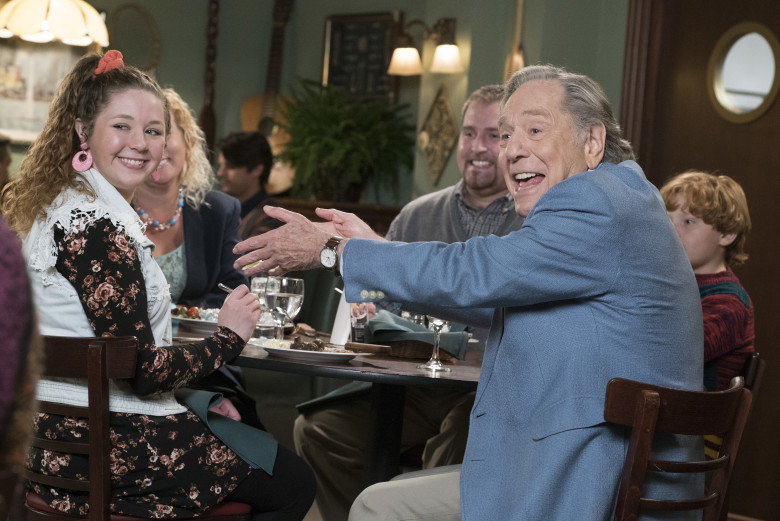 Not to mention, the episode manages to do in much greater detail what other episodes have not: actively recreate an entirely real Goldberg family scenario, from episode start to episode finish. Sure, we’ve had story arcs inspired by real-life happenings, and sure, we’ve had episodes based off of certain historically accurate details, but never has an entire episode played out purely within the realm of reenacting the truth of the Goldberg family. This episode manages to do just that while maintaining an actual storyline that makes sense and doesn’t feel contrived for the episode.

The episode is based around Erica’s birthday celebration. Geoff shows up to celebrate with her, but without consulting her first, he also brings her entire family and tries to surprise her with a night out to dinner with all of them. Erica warns Geoff that it’s going to be a disaster and panics that he’s going to leave her when he sees just how chaotic her family gets over dinner at a restaurant.

The episode then promptly breaks itself up with title cards detailing every stage of the dinner. Something that, along with the bottle episode itself, is a little bit out of the norm for the show. However, despite the total veer into different formatting, the show still feels like the Goldbergs. 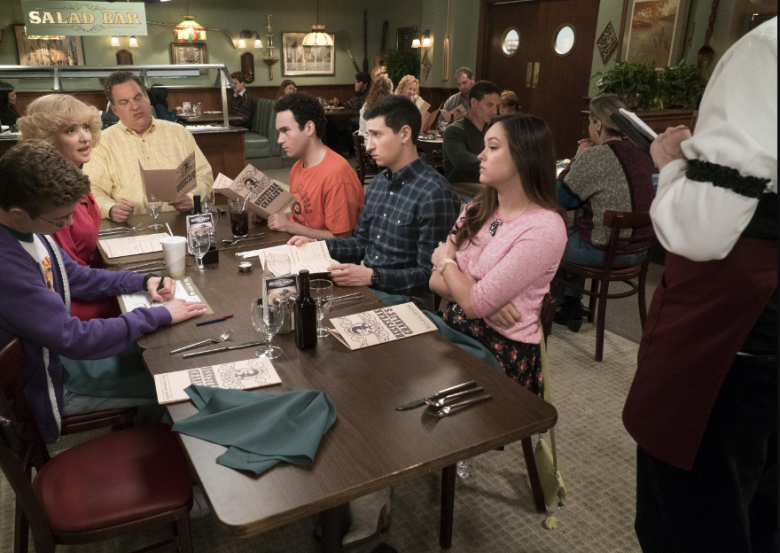 The episode continues on as it details every stage of dinner with the Goldbergs. First comes the waiting. Murray is immediately “shaky hungry” and complaining to Beverly about the wait while Beverly pesters the hostess until she allows the Goldbergs to be seated ahead of the other people waiting on the list. Then they spend several minutes as Beverly basically vetoes every table in the restaurant before finally finding one she wants. Then comes the bread purse where she empties the bread basket and asks for refills, even though she won’t let anyone have more than one bread roll, as her greatest fear is that one of them will get full on bread before they’ve actually eaten.

Then it’s time to order, which is chaos because Murray can’t remember what he likes, Beverly is super particular and makes up things that aren’t even on the menu, Beverly and Murray want Adam to order off of the kids menu because he still has the stomach of a child, Pops is offer chatting up the other guests in the restaurant to find out what they’re having, and Barry always orders the wrong thing. 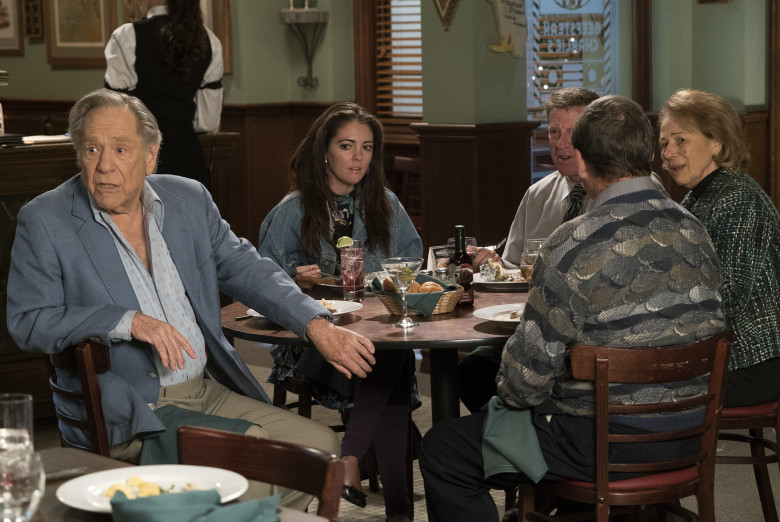 The best part of the bit, though, was the part when Beverly was certain that their food had been delivered to another table by accident, and she took the food from the other table, only to have the servers shortly thereafter come out to deliver their real food. Apparently this actually happened once with the real Goldberg family. Or at least, that’s according to Patton Oswalt’s voiceover.

In the end, Geoff kind of goes crazy and yells at the whole family, pointing out all the ridiculous things they’re doing. He then feels bad about it, but Beverly and Murray ain’t mad. To top it off, Geoff’s willingness to stand up to Erica’s family only reassures her that they’re the real deal. Yet another sweet ending to a show that keeps us smiling, week after week.