The season four premiere of The Last Man on Earth reaches for humor and wit, and our unique gaggle of personalities trapped around each other causes that uncomfortable rub that prompts a few laughs, but much like the boat on which everyone (well, almost) ends up, the anchor just doesn’t seem to hit ground, and the show doesn’t take any new or innovative risks.

At the start, we pick up exactly where Season 3 finale left off–Pamela (Kristen Wiig)’s “valiant” effort to save the others through the sudden homicide of Pat; plus another, quick “surprise” death of a character played by a superstar actor (Jack Black, though this one didn’t feel like quite the surprise, considering past similar deaths). Of course, Kristen Wiig again delivers the goods, channeling her instinctive strengths as a character actress, flirting nonstop with Tandy and exhibiting the most obnoxious, snooty laugh we’ve all heard before. Her spoiled-queen-of-Malibu antics are almost enough to give some needed oomph to an otherwise flat episode. 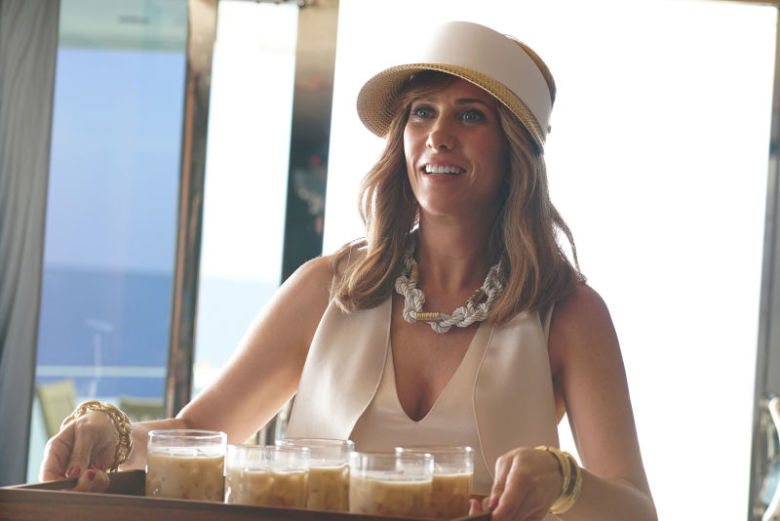 Similarly, the scene between the two Kristens (Carol and Pamela) as they vie for Tandy’s attention is almost funny, but mostly uncomfortable, for how long it’s drawn out. It’s a device the show–and many others–have employed, to elongate a naturally short conversation or activity–say, for example, the decapitation of an already-deceased Pat on the boat, before he’s sent off in two pieces that somehow come back to collide with one another. January Jones (Melissa) has some subtle moments of genius, characteristically dry and nonchalant (“He sucks,” as the other two ladies are animatedly discussing Phil).

When Gail (Mary Steenburgen) presses the anchor button on the ship without holding it down, it leaves the crew completely adrift. The high-maintenance, greedy Pamela has accrued some haters on board, so when she overhears a conversation between the others to “cut her loose,” she takes advantage of an opportunity to beat them to it, knocking Tandy unconscious, causing him to the drop the line to the dinghy, then stealing the ship and leaving behind a dinghy-ful of her baffled adversaries.

There’s a halfhearted, cliched “Lost” reference (“We have to go back”, Tandy cries in desperation to an unsympathetic Pamela after she’s bound and tied him inside the ship), and a final, yet predictable twist in the last few seconds of the show, perhaps the only truly exciting moment that’ll draw us back next time. The mysterious pair of hands pulling apart some ferns as the dinghy approaches the island could belong to another “last man,” but considering the history of the show, it won’t really be the last.

While it’ll be worth watching to uncover that identity, the anchor’s dragging a bit on the ocean floor toward our players’ next misadventure. Hopefully, whoever’s hiding behind the bushes is someone that can add a life-giving breath to a series that almost beginning to circle back on itself, or as Carol might scream in horror, “reassemblinggg!”