At the conclusion of the last episode, a pair of grubby hands pulled apart some greenery to observe our gang arriving on the beach of an island. With this latest installation of LMOE, we meet the mysterious castaway and watch Tandy and Pamela go from standoff to resolution. “Stocko Syndrome” brought some needed plot developments and let its most obstinate outcast, Pamela, evolve into a somewhat better person. Still, it suffers from a few critical flaws–namely, jokes generally fell flat, and the episode felt long and even tedious at times. These issues are not something a 30-minute major-network comedy show should have. It’s worrisome for those of us who are looking forward to another season, but hopefully our main players–an array of beloved, veteran comics–can keep this story alive as they have their own characters. 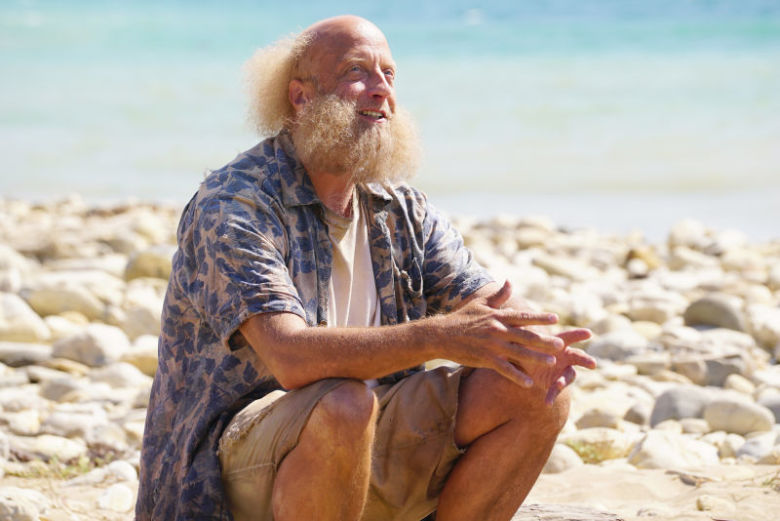 “Stocko Syndrome” opens with all those who floated in on the dinghy wondering what that noise is in the bushes. As it turns out, it’s former SNL cast member and seasoned comedic actor Chris Elliott, who really just wants to touch everyone’s face. He’s been stranded on the island for 5 years, so unfortunately, he has no idea about the virus that’s decimated the human population on Earth. As the cast gathers around to listen to him chatter away about his excitement that he’s been found and how he can’t wait to get back to his family, no one has the heart to tell him the unfortunate news.

Back on the cruise ship, Pamela and Tandy, now a hostage, vie for power, and while Kristen Wiig can usually carry a scene with her character work, this was actually one of the more uncomfortably unfunny ones to watch. With the exception of a few zingers (“Trix are for kids, and I’m 43 years old,” Tandy says with smarmy faux-flirtation), it’s difficult watching the actors try to wring humor out of a cliche-riddled script. Of course Pamela doesn’t fall for the act that he puts on, of course he comes up with a clever way to cut through the ropes (his horrifying toenails), and of course there’s another semi-dramatic standoff with the gun during which Tandy threatens to eat Jeremy (the dog)’s butt and that’s what eventually convinces Pamela to put the firearm down.

The episode’s redeeming moments break it free of any lazy/cringy comedy; for example, the heart-wrenching dialogue between Carol and Glenn on the beach, when Carol is forced to tell Glenn that everyone on Earth is dead and they have to use the signal flare to bring Tandy to them. It’s an elegant buildup and release of tension between the two, and adds some refreshing drama, as does the moment when Pamela, lounging on the deck of the ship, realizes she is morally obligated to tell Tandy inside about a firey glow on the horizon.

The subsequent reunion on the island the next morning means Pamela is in dire straits, and most everyone seems to support her abandonment on the island. Yet Carol, who’s shown time and time again that she has a big, forgiving heart, says she can tag along with everyone, “on one condition”: she’s trailing behind in the dinghy, powerless to sabotage or kidnap anyone. It’s a merciful decision in more than one way, since most fans at this point want Wiig to become a regular on the show as opposed to a cameo.

While the story is now left open to a range of possibilities (well, mostly confined to a cruise ship), new characters add a sense of intrigue, and there are surely plenty of other adventures to be found in the open ocean, it’s disappointing that the episode felt a bit like a chore to get through. We’ll see what happens next time and what else the creators of this show have to offer a story that might be running out of fuel. (That begs the question…how did this cruise ship somehow come stocked with like, unlimited fuel? Willing to suspend disbelief as I have many times with this show, but does this really bug anyone else?)