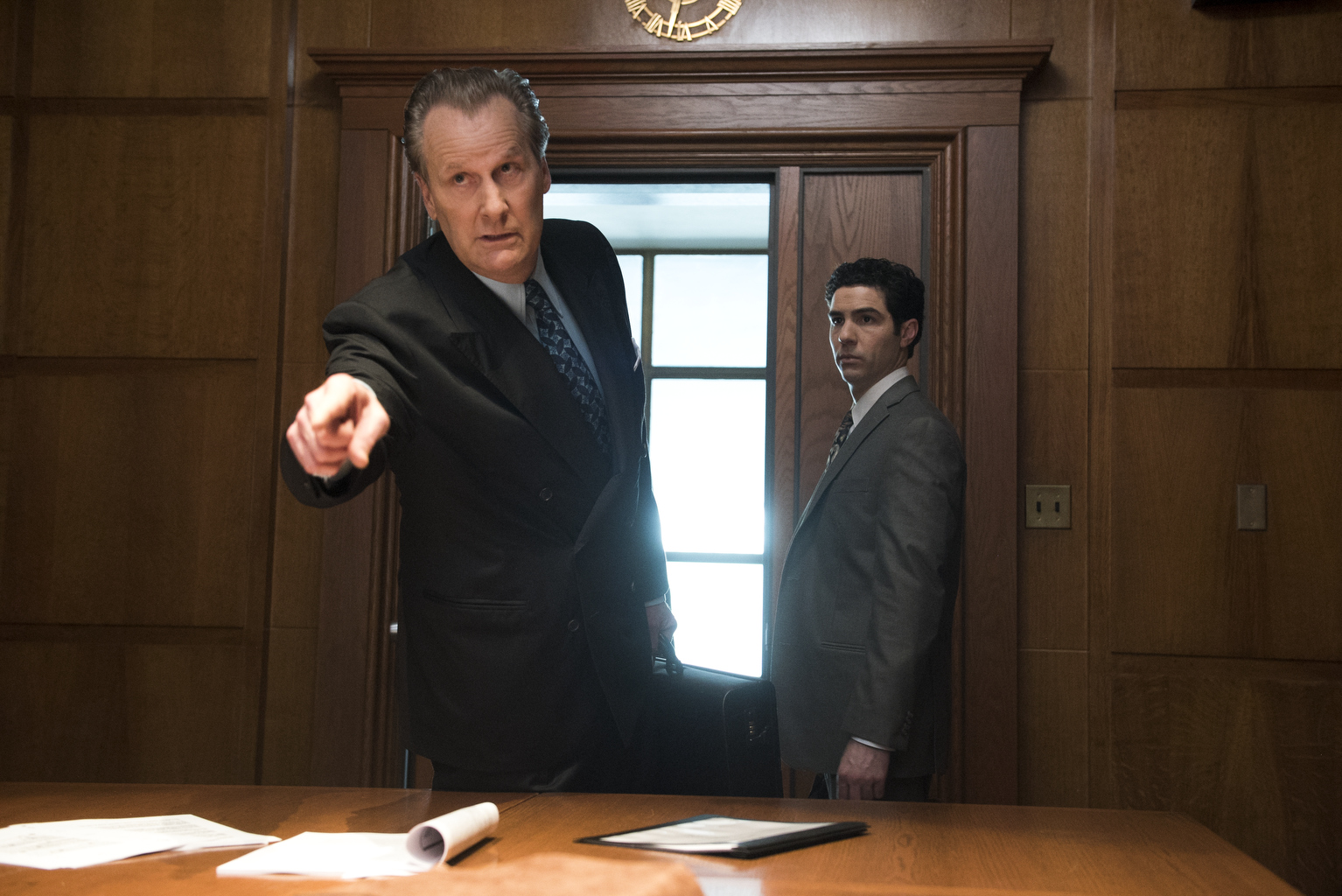 The Looming Tower is a new Hulu ten part mini-series based on the Pulitzer prize winning book The Looming Tower: Al Qaeda and the Road To 9/11 by Lawrence Wright.  It’s a detailed look into the rise of Osama Bin Laden and Al Qaeda, as well as the infighting and rivalry between two counter terrorism units within the CIA and FBI, which may have contributed to the 9/11 attack.  The series is created by Alex Gibney (Enron: The Smartest Guys In the Room, Taxi to the Dark Side) and Dan Futterman (Capone, Foxcatcher) with the help of Lawrence Wright.  All three men are credited in story by credits, and Gibney directed the pilot.

The Looming Tower bounces around in time between events in 1998 and the 2004 inquiry into 9/11.  It’s a nice way of framing the governments search for answers into how a tragedy like 9/11 happened on its watch, while filling in the events that led up to the terrorist attack in New York.  One of the first moments of the series shows FBI agent Ali Soufan (Tahar Rahim) testify that the CIA withheld vital intelligence from the FBI about Bin Laden and Al-Qaeda even though they were legally obliged to share it with them.  This rivalry between the two intelligence branches plays out over the course of the series, highlighting how disfunctioning government agencies pitted against each other could allow, or possibly cause such a huge tragedy.  This message is especially prescient right now when the current administration alienates and belittles these same agencies, while dramatically downplaying intelligence gathering and withdrawing from its allies around the world.  It isn’t hard to see how this could easily allow another such tragedy slip by unnoticed. 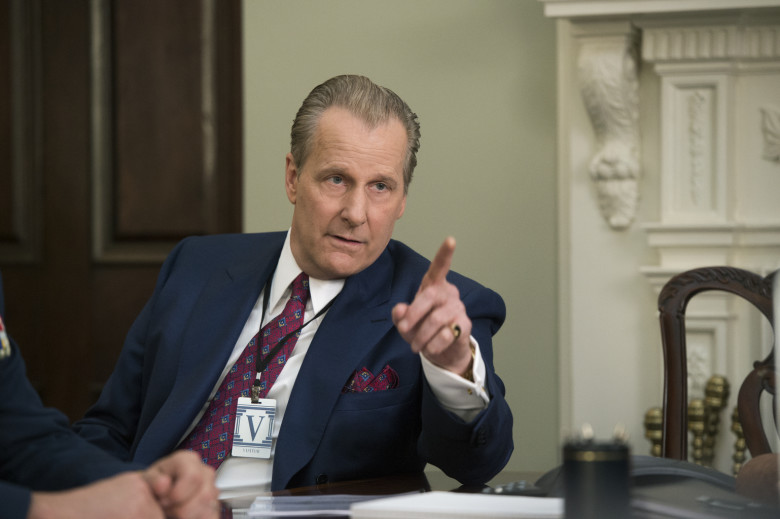 Real footage from the events and tragedies of the time period give The Looming Tower an almost documentary level of realism at times, grounding the action of the series in its historical context.  The race to capture terrorist cells before the can fulfill their plans is exhilarating, reminding me of the first season of Homeland, which it may actually be better than.  The action in the series takes place all over the world, from Nairobi, to Albania, to England, and even in the halls of American Government.  The Looming Tower also shows the point of view of the Al-Qaeda cells, how they made their plans, what some of their motivations may have been, and includes even innocent children caught in the cross fire between a religious jihad and a military nation.  There are moments of tragedy and heartbreak, as well as insight into human nature and hubris, which all help shape The Looming Tower into an intriguing new show.

Jeff Daniels plays John O’Neil, chief of the New York FBI counter terrorism unit “I-49”.  He’s a brash, foul-mouthed man who people are either loyal to or hate.  Despite his huge personality, he’s great at his job, though his personal life is incredibly complicated.  His passion for finding and stopping terrorists rubs off on Ali Soufan, who O’Neil takes under his wing to help him dismantle Al-Qaeda.  The problem they come up against is the constant interference, and complete lack of cooperation and information sharing by his CIA counterpart Martin Schmidt (Peter Sarsgaard).  Sarsgaard plays Schmidt with a pretentiousness that immediately makes you hate him, but he doesn’t care.  His callous, cold, condescending answers during the 9/11 inquiry, as well as joint staff meetings with the National Security Council Advisor (a wonderful Michael Stuhlbarg) give deep insight into his failings as a human being, and show why he intentionally left the FBI in the dark about the intelligence his counter terrorism unit (Alec Station) found. 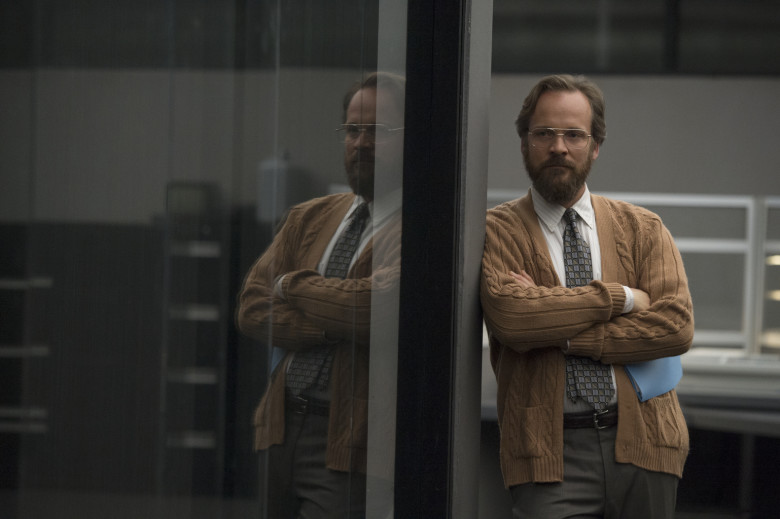 O’Neil and Schmidt hate each other to their core, and it’s this relationship and their differing goals that may have allowed both Al-Qaeda to flourish, and instigated the 9/11 tragedy.  Instead of cooperating with each other and combining efforts after the bombing of the Nairobi embassy, Schmidt continues to shut out the FBI while he pushes for strong military attacks against Al-Qaeda.  He believes precision attacks against the leadership of Al-Qaeda will kill it with one strike despite high numbers of collateral damage, while O’Neil wants to take Al-Qaeda apart piece by piece like a criminal organization.  He’s worried Schmidt’s tactics will antagonize and expand Al-Qaeda’s outreach and recruitment ability.  Effectively kept out of the loop by the CIA, the FBI decides to work its own angle simultaneously, and all of this is happening while the Bill Clinton/Monica Lewinsky affair dominates the media and the President’s attention. 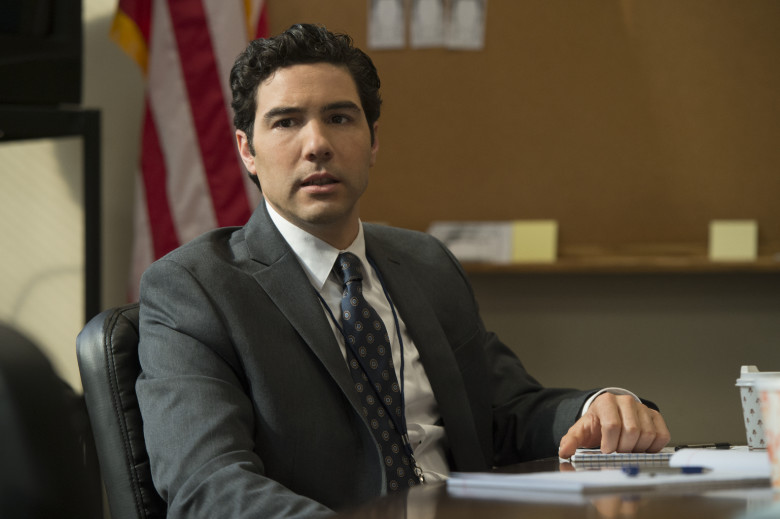 Ali Soufan is an interesting character, especially given he’s one of only a handful of people in the FBI who speaks arabic.  He was raised Muslim, but has fallen away from it, though the use of his religion as an excuse to kill and harm people troubles him immensely.  His heritage has a way of making people suspicious of him, especially after the Nairobi attack, and even though he’s incredibly knowledgable about Al-Qaeda and Muslim culture, his ideas are repeatedly dismissed by nearly everone besides John O’Neil.  There’s a subtle racism he contends with nearly all of the time, and in one instance he’s given a glass of whiskey by his countrpart at Scotland Yard, almost as a test to see what kind of Muslim he is.  The skepticism he’s confronted with by other government officials, as well as being treated like a traitor by other Muslims, leaves Ali struggling to fit in somewhere, which gives the phone calls to his girlfriend added weight.

Even the supporting cast in The Looming Tower features fully fleshed out, three-dimensional characters.  Bill Camp is a force of nature during the FBI investigations into the Nairobi attack, which is given deeper personal meaning for him by losing a lover in the blast.  Michael Stuhlbarg plays Richard Clarke, who has to deal with the personalities of both O’Neil and Schmidt, as well as present the evidence to a distracted President about to go through impeachment proceedings.  Diane Priest (Wrenn Schmidt) is the perfect foil for Sarsgaard’s Martin Schmidt.  She holds the same beliefs, and is also instrumental in the decision to withhold information from the FBI.  Annie Parisse is one of two of O’Neil’s mistresses.  She’s madly in love with John, while being completely in the dark about his secret life.  There are so many wonderful turns in the first three episodes of The Looming Tower it would be impossible to recount. 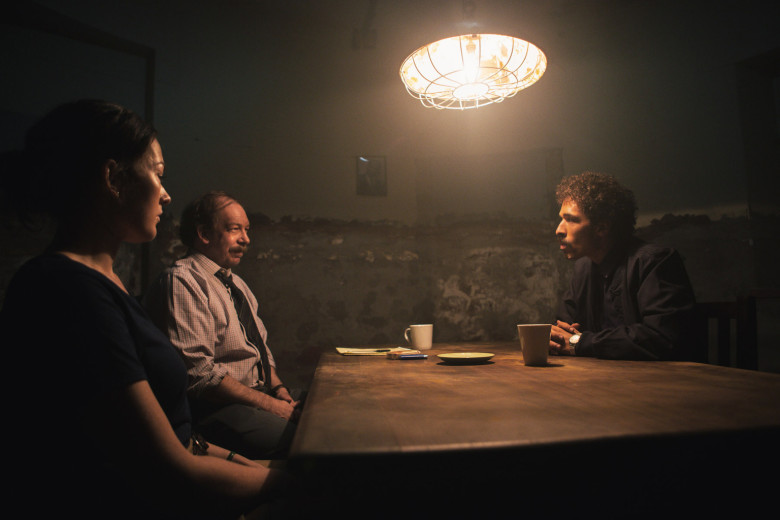 What is certain is that Hulu has put together an extraordinary cast for The Looming Tower.  The three episodes I’ve seen so far have been full of tension, excitement, and suspense, and it leaves me craving more.  If I had the full season run available to me I would have binged them all as fast as possible.