Quentin has turned his back on the magical life in THE MAGICIANS, but magic doesn’t seem to be done with him. Penny’s hands have been fixed, but are unable to do magic anymore, so Fogg sends him to see an old teacher. There’s dissent in Fillory, will Eliot be able to put it down?

I suppose watching the love of your life die in a magical battle after being consumed by the power of her own magic and turned into a evil version of herself would tend to push one away from being a magician any longer. Quentin feels the same way. After being sent back to Earth when the White Lady couldn’t bring Alice back from the dead, he opts instead to be sent to the least magical place anyone could ever imagine … a 9 to 5 job in an office. Pushing papers, collating files, wearing a suit and tie, this doesn’t seem like the Quentin we’ve known. Is this really going to work? Can he be satisfied burying his head in the sand after knowing the vast possibilities of the magical world?

The White Lady was able to turn Penny’s stumps back into hands, but there’s a hitch; His hands are no longer capable of casting spells or doing any magic. Any time he wants to Penny can travel through space and pop up in a different world, but he can’t even light a candle with a spell. Fogg has no idea how to fix Penny’s hands, so he sends him to the one person on Earth who may be able to do something for Penny, Professor Mayakovsky. Brakebills South isn’t the most wonderful place to end up, especially with a drunk and unhappy professor as your only hope for a cure. The Russian makes Penny untie the largest length of rope covered in knots, and when he’s done with that, Penny has to use a file to turn an enormous wooden table into sawdust. Can Mayakovsky really help fix Penny’s hands, or is he just messing with him like a magical Mister Miyagi? 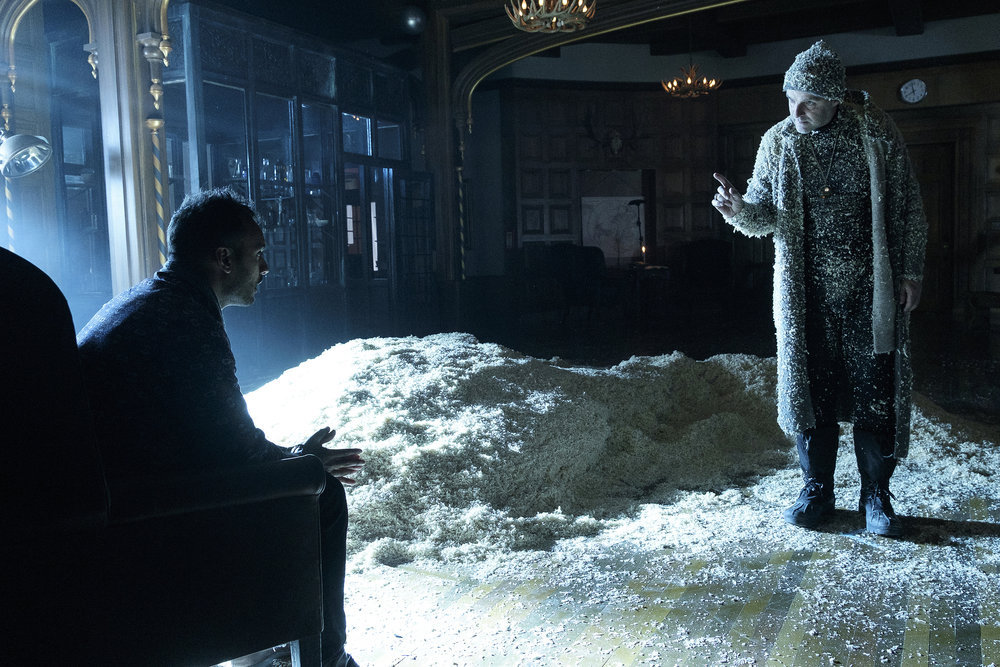 Raynard is still creating havoc and destruction on Earth thanks to Julia and Kady, and they don’t appear to be any closer to finding him. It’s clear they screwed up by summoning him, since he’d been banished from the Earth for forty years until they brought him back. What they need to do is find out how the woman was able to banish Raynard, find him, and do the same thing to him again. There’s a problem though, Julia is pregnant with Raynard’s baby inside of her. If she didn’t feel awful before for just unleashing him on the world, the idea of a half-god child in her womb should do the trick. She needs and wants to get rid of it ASAP.

Fillory is not doing so well either. Ember taking a huge dump in the magical well has proven to be a major problem. Magic is dying in Fillory, and if it dies there, it will also die on Earth. Eliot and Margo have no idea how to clean, fix, or replenish the well, and on top of that, there’s a Fillory opposition group that tries to assassinate Eliot right as he finds out he’s going to be a father. At first he wants to make an example of the assassin and have him executed in public, but he changes his mind, and pisses off Margo in the mean time. The opposition group wants to see a Fillorian on the throne instead of a child of Earth, but what Eliot doesn’t know is this assassin used to have a relationship with his wife Fen. She used to be a member of the group that calls itself Foo Fighters, and he threatens to tell Eliot all about her. 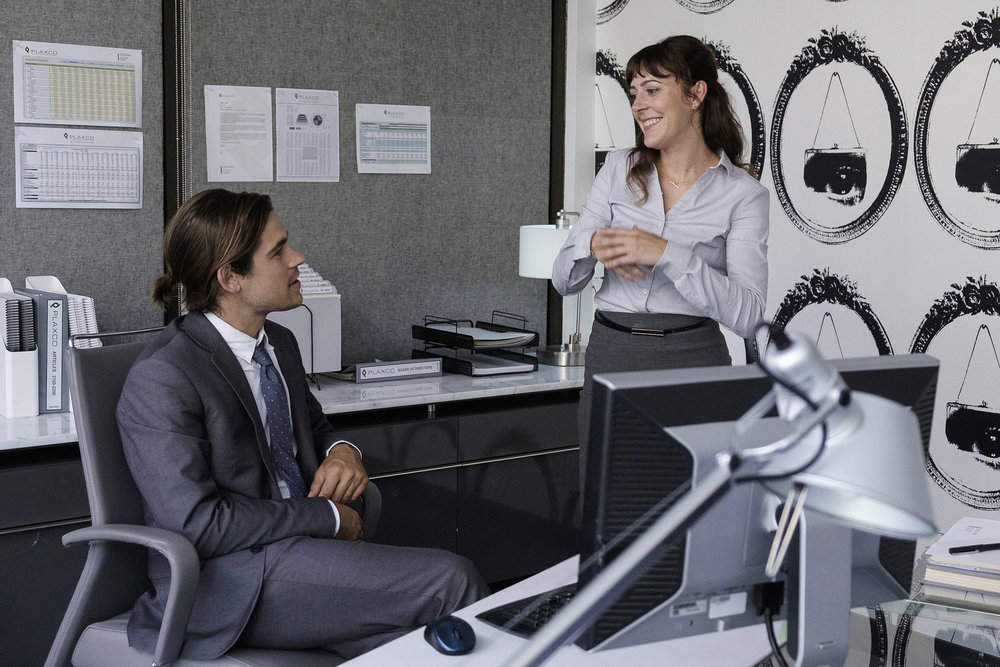 While working his way through boring conversations and assignments, Quentin discovers another fellow magician at his new job. Emily used to go to Brakebills, but tried a spell to make herself look prettier, which backfired and killed Alice’s brother. Together Quentin and Emily strike up a friendship, get really drunk together, and end up hitting it off. They aren’t supposed to do magic anymore, but they decide to have a cheat day, and use a spell to turn themselves into whatever the other person desires. Emily turns Quentin in Professor Mayakovsky, which means she’s the student he had sex with to get banished to the South Pole, weird. In return, she turns into Alice for Quentin. After a night of mixed emotions, bizarre sex, and guilt, Quentin can barely look at Emily anymore. He leaves to go back to work feeling worse than before, and sees Alice across the street mouthing the words “Help me” before she disappears again. Is it even possible that Quentin could return Alice from the dead? Will it pull him back into the magical world? 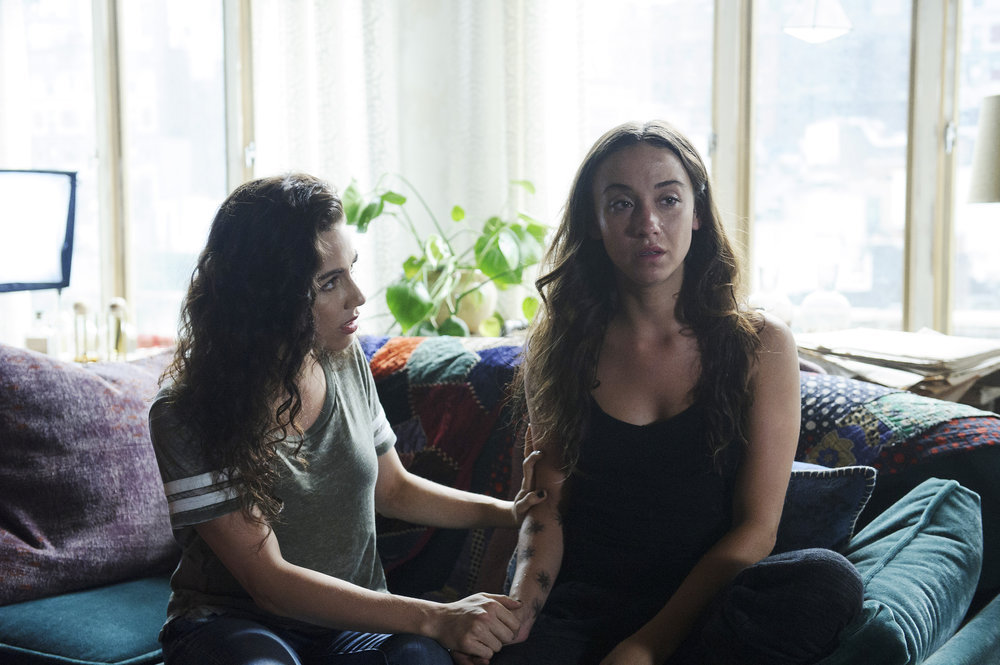 Julia’s attempts to get an abortion backfire. Clearly Raynard will not allow his offspring to be gotten rid of so easily. First the receptionist deletes Julia’s appointment, but when she’s still able to get in, the doctor loses the ability to use her hands and finish the procedure. Raynard somehow makes the doctor kill herself right in front of Julia, and Kady is too scared to try and finish the job herself. Is Julia going to be forced to have this baby? Is there no way to get rid of it? Mayakovsky sends Penny to Fillory to gather a special kind of moss for him. If Penny does what he asks will Mayakovsky fix his hands, or will Penny never be able to do magic again? Can Eliot and Margo put down a bunch of revolutionaries, or find a way to incorporate them into allies before another assassination attempt occurs? Alice’s death has splintered the group of friends, if they find a way to get her back, will everything be all right again?