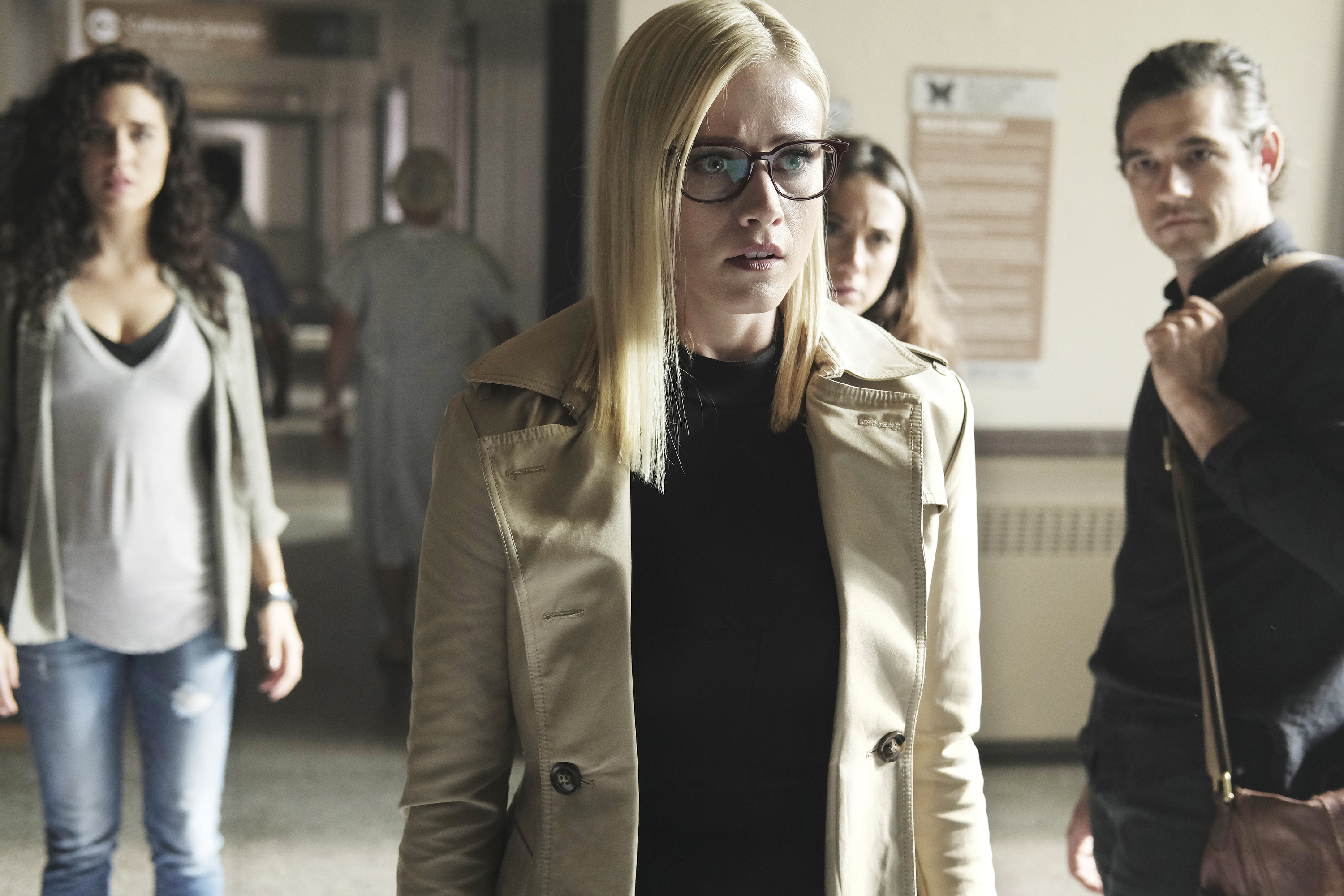 Killing a god has consequences, and Quentin learns this the hard way.  These gods have parents, and these parents don’t take too kindly to having their children murdered.  At the end of season two the older gods have sent someone to turn off all of the magic to both Fillory and Earth, leaving both worlds in a precarious situation.  Without magic, Fillory is taken over by the Faerie Queen and her minions, though no one but Eliot and Margot can see them.  Earth goes back to the way things were before Quentin and the others learned about magic, which has terrible consequences for the people whose lives revolve around magic and depend on it for their livelihoods. 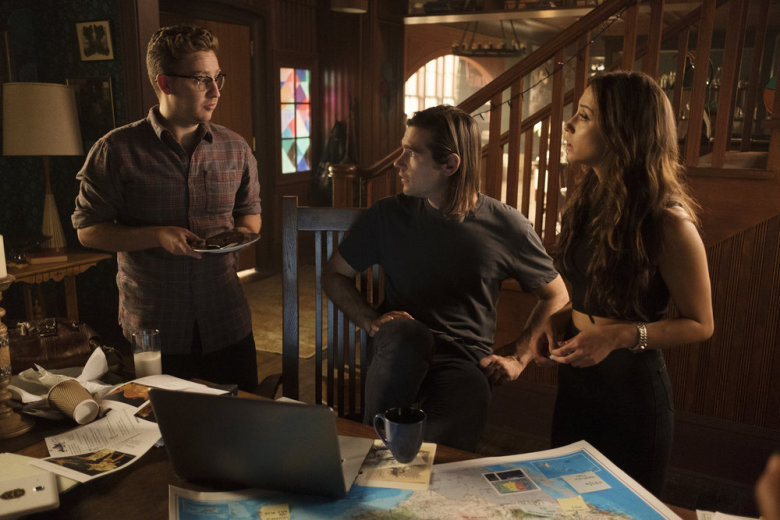 The third season of The Magicians ups the ante in the cursing department, and it was just announced they won’t be silencing out any of the f-bombs this year.  The Magicians will play uncensored.  Get ready, because there are some wonderful and creative expletives pouring out of Margot’s mouth this season, and Eliot, as always, is a close runner up in the creative swearing department.  In the first four episodes, Margot does not disappoint, though the most memorable line comes from someone else who refers to Josh as a “Vagician” due to his bedside manner.  I for one am glad they won’t be editing out any swear words this year.  It’s about time Americans stopped being such prudes about words.  You swear, I swear, we all hear these words all the time, and for God’s sake don’t bring up the argument about children accidentally hearing swear words.  I constantly see parents letting their kids spend hours upon hours unsupervised on smart phones and tablets, and we all know every kid is just one Google search away from seeing the most depraved images humans are capable of, so bravo to Syfy for no longer bending to the absurd conservative ideal of sanitizing both network and cable television. 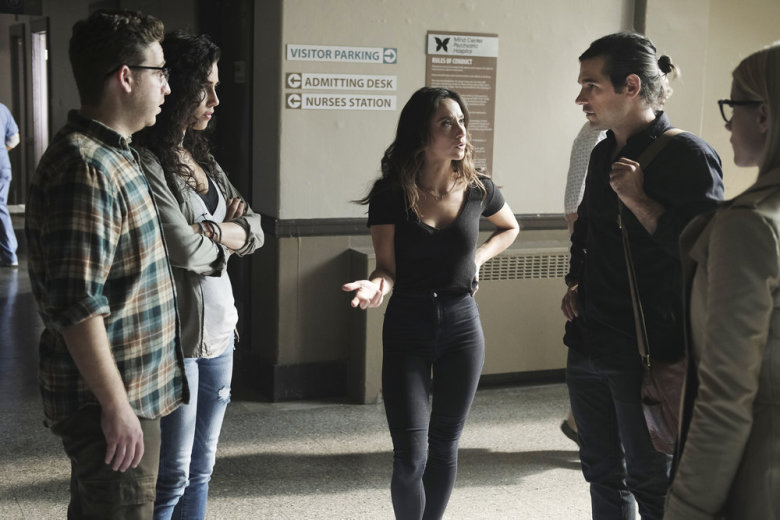 The beginning of this season revolves around our splintered group of friends all trying to live without magic in their lives, which turns out to be incredibly difficult in both a magical land and a school of magic.  There are glimmers of hope, as we saw at the end of last season that Julia is still capable of some minor magical abilities.  The question is how is she still able to do this?  Mayakovsky was preoccupied with storing magic into batteries to be used at a later date in case magic were to dry up, but once it did dry up he’s nowhere to be found and has taken his batteries with him.  In season three we find everyone making a little progress on their own, but not enough to turn the tide of magic.  What they need is a quest, something that’ll bring them together as a group in order to combine their talents and solve the magical problem.  They do get a quest revolving around a mysterious book that may be the key to turning magic back on, but the quest isn’t easy.

Penny’s magical cancer has accelerated to the point where he has very little time left before it kills him, and that leaves Kady searching for any way possible to save his life.  Her priorities are fixing Penny, and she’ll do whatever it takes to make that happen.  Alice is haunted by the repercussions of some cruel Josef Mengele type experiments she did as a Niffin to the family of a magical creature called a Lamprey.  It hunts her down for killing its entire family, and without magic to use to defend herself, she’s a sitting duck, and as harmless as a kitten.  The Lamprey not only wants to kill Alice, but it wants to return the favor and kill her entire family as well.  The biggest problem for Eliot and Margot is they’re under constant supervision by the Faerie Queen, and without the use of magic they can’t contact their friends for help.  The new quest has the ability to pull all of the separate factions of the group back together, but is it already too late? 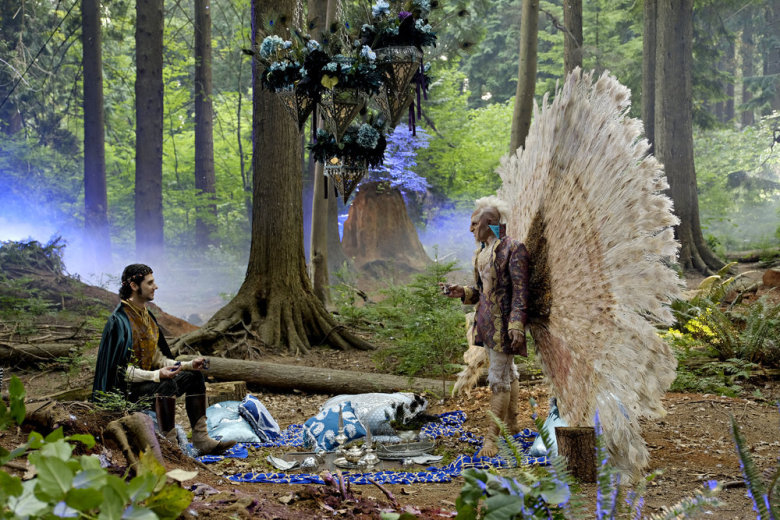 This season gets off to an intriguing start, and it should, since the back half of last season seemed like its only purpose was to set up this season.  The quest is fun, and interesting, and seeing how each of the magicians gets drawn into the quest without even knowing it is part of the pleasure.  The third episode bogged down a little, and was easily the weakest of the bunch, so it was nice to see the fourth episode really take off.  Episode four is titled “Be the Penny,” and it’s a Penny centric episode set in the astral plane that’s both fun, hilarious, and ends on a hell of a cliffhanger.  It was the one episode of the group that left me itching for more, and I’m hopeful that whatever comes next will build on this excitement.  The Magicians is by no means peak “must-see television”, but you can always count on it to be amusing and entertaining.