Julia has betrayed her friends and teamed up with Martin Chatwin on THE MAGICIANS. Quentin and the others must find a special location in Fillory to crown themselves kings, while Penny finds a healing river to reattach his hands. This isn’t the Fillory in the books Quentin grew up loving. It’s a dangerous place, and entering it has consequences. 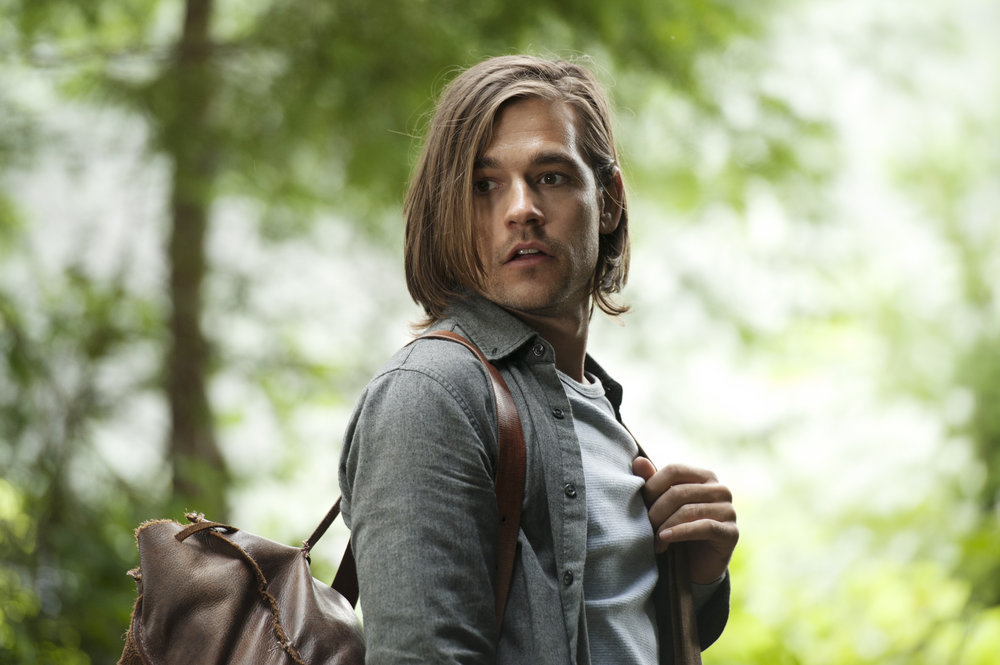 There’s something awfully strange in Fillory, and it isn’t just that the magical land exists in reality, it’s that Fillory is not as easy going and happy as the books they all remember reading as children. There are dangers all over the place, and if they are going to be able to navigate it, they’ll need help. A lot has changed from the last time humans were crowned kings and queens in Fillory, and Martin has done a lot to cast a pall over the land. Fillory seems to be dying under Martin’s control. Of the twin gods Ember and Umber, only Ember is still alive, but he seems powerless to save Fillory on his own. It’s going to have to be a group effort, and sacrifices are going to have to be made if Fillory is to be protected.

A dangerous decision this season of The Magicians is that both of the villains have been raped in the past, and it has colored their choices moving forward. Julia was raped by the god Raynard, and Martin Chatwin was repeatedly raped by Christopher Plover. The part that I find dangerous is the insinuation that these characters are villains precisely because they were raped. Both of these characters are victims, and to take their victimhood and turn it into something negative has the ability to emphasize the blame the victim problem we have going on as a society. Beyond just being a worrying choice, it’s a weird one for the show, and could completely backfire on them. 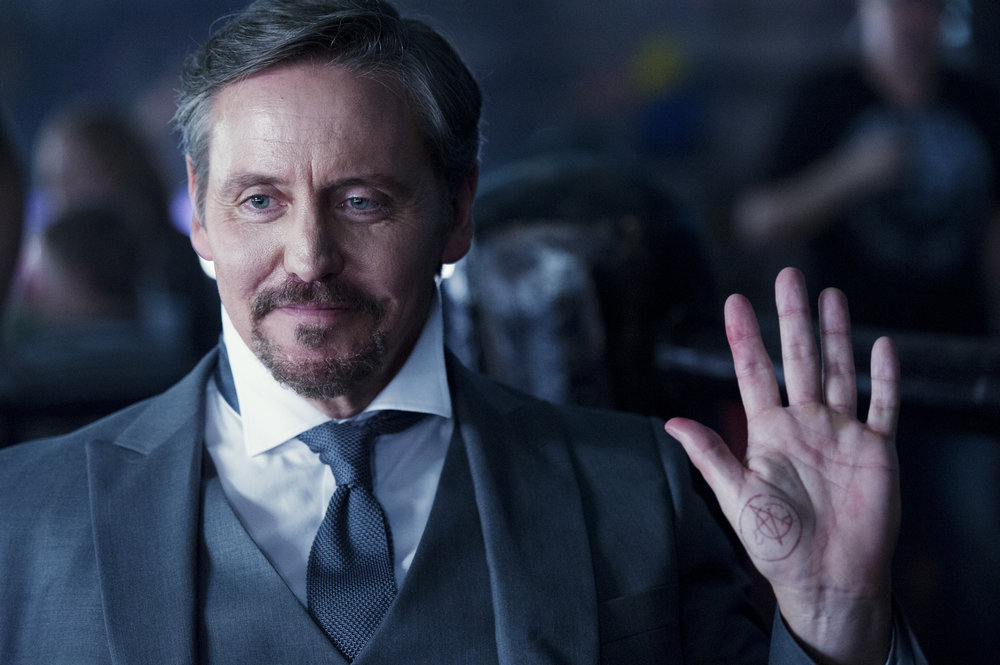 To counter this choice, it appears The Magicians tries to paint Martin as not such a bad guy after all. The entire first season is taken up with what a terrible person “the Beast” is. I mean, he steals people’s eyes for God’s sake. Only “the Beast” turns out to be Martin Chatwin. Instead of Julia killing him, she teams up and blackmails him into helping her kill the god who raped her. Once we’ve spent some time with Martin, he becomes rather charming, aside from his desire to watch children play in the park. Julia can’t help but find herself liking him a little. Is Martin like this because he really is charming, or is it just that Julia made him sign a contract where if he doesn’t help her, she’ll immediately kill him? Either way these two become CSI’s tracking down Raynard (the trickster god), and the aftermath of his killing spree of hedge witches.

After their encounter with Martin in Fillory, Penny’s hands are still severed, and now some strange woman has a vial of Quentin’s blood. In order to save his hands and the ability to cast spells, Penny must find a healing spring to make him whole again. The problem is that after he’s healed, the watcher of the spring demands payment. Penny is a complete jerk to him, which is a bad decision. The man places a curse on Penny’s newly reattached hands, and soon they start casting spells like they have a mind of their own. When Penny goes back to apologize, the watcher tells him to go F himself. How will he get his hands fixed now?

Alice, Elliot, Margo, and Quentin must find the Rainbow Bridge, which will take them to the special coronation spot for kings and queens of Fillory. It’s a big deal, and Eliot will be the high king, but the trade off is once he becomes high king he can never leave Fillory again. The coronation spot and the crowns are guarded by a very old knight, reminiscent of the one guarding the Holy Grail in Indiana Jones and the Last Crusade. Just like in that movie, they must answer some questions in order to pass a test that will allow them to become kings and queens, only here it’s popular entertainment questions from the 90’s. The questions are about Wilson Philips, Patrick Swayze, and the sitcom Wings. They pass with flying colors, and as they crown themselves, they also take the time to forgive each other and ask for forgiveness for the way they’ve treated each other. It’s like they’ve hit the reset button on their relationships, only Alice tells Quentin after kissing him they won’t be getting back together. They head to the castle to see what’s become of their kingdom. 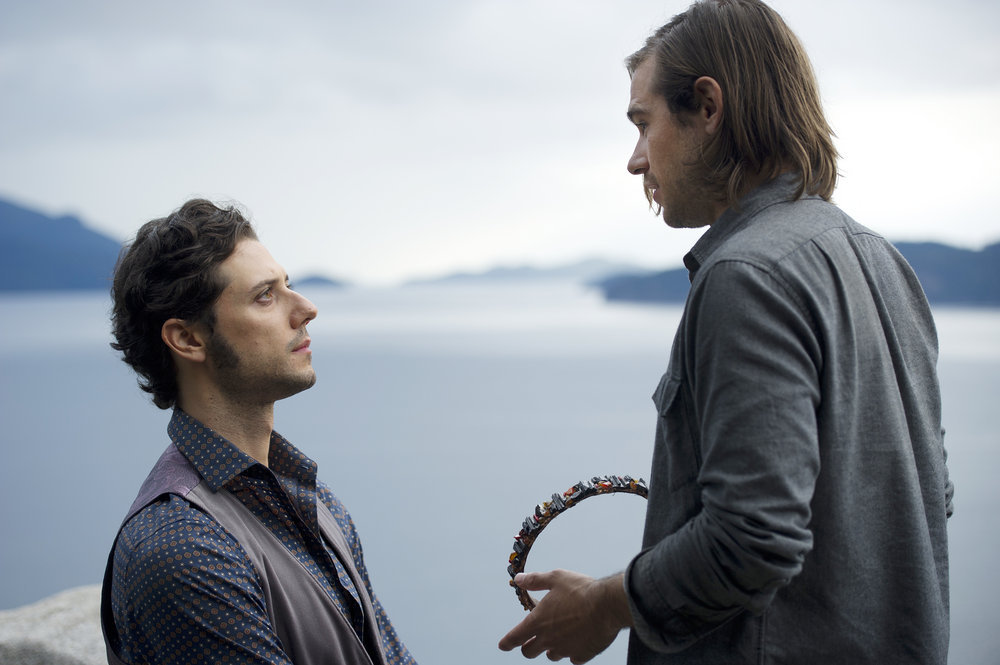 Martin tries to convince Julia to allow him to teach her magic. He sees great potential in her, but in order to properly become the magician he believes she can be, she needs to remove her shade. A shade is where all of your emotion and feelings reside inside of you. Martin removed his ages ago, and it’s how he was able to become as powerful as he is now. Julia declines, but later in a moment of weakness let’s him take it out for a moment. She finds the removal of her feelings so uncomfortable, that she makes him immediately put it back. Does she really want to become as unfeeling as Martin?

At the castle, everything seems to be in ruins. They were hoping to find out more about battle magic in the castle library, but almost all of the books are missing. Alice believes the book they need is back at Brakebill’s, but if they leave Fillory to get it, Elliot can’t go with them. If they leave and come back, how much older will Elliot be since time works differently between Fillory and Earth? Will the battle magic help them save Fillory? Will Julia ever make up for what’s she’s done to the rest of the group? I find The Magicians entertaining and can’t wait to find out.