THE MAGICIANS takes the show into uncharted territory this week as it features a fun musical section leading into a battle. Quentin is dying because Alice’s Niffin is trapped inside of him. Can he get it out before it’s too late? Penny and Kady find Raynard’s son, but will he help them before Raynard can get to him?

Julia’s character has been through the ringer this season. She’s been raped, had an abortion, and basically lost her soul. Everything that can go wrong has, and she’s become a hot mess with absolutely no qualms about putting others in harms way as long as it benefits her. You can’t take that amount of psychological damage and come out the other end a whole person right away. Even though she’s always been the wild card, or the person on the outside trying to get in, she’s always found a way to still fit in, but she may have pushed her luck this time around. 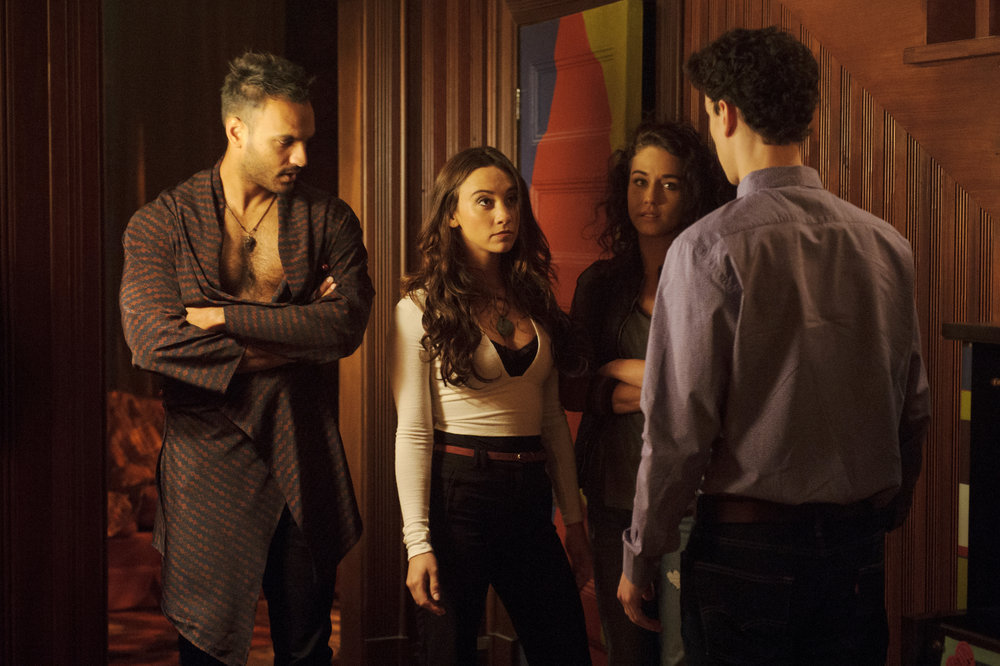 Her quest all season has been to kill Raynard for what he did to her group when they summoned him. It’s involved a lot of strange people and ways of getting to Raynard. At first it seemed Martin Chatwin was her ticket, but Alice killed him. Next it was the woman who’d banished Raynard from Earth the last time, but instead she found herself imprisoned against her will with Raynard’s baby inside of her. Now it seems the only way to kill Raynard is to use the power his unknowing demigod/Senator son has stored inside of him. How will they convince this man of what he is? If they do get their point across to him, will he help the cause?

Fillory is a mess, and thanks to Julia firebombing all of the sentient trees, half of the army of Fillory has gone AWOL in protest. How are they going to win a battle against Loria if they don’t have an army? Magic may not help due to all of the brown outs, which not only affect Fillory but Earth as well. It appears the only way to settle the dispute with Loria is going to be for Eliot and the King of Loria to fight to the death mano a mano. Eliot would rather drink and drug his way through awkward social interactions, so he doesn’t really have the training to deal with this kind of life or death situation. The fate of everyone he cares about rests on him winning the fight. He can use magic, so thankfully Fen brings him a magical sword her family made that’ll make Eliot an expert swordsman. Is it enough though? 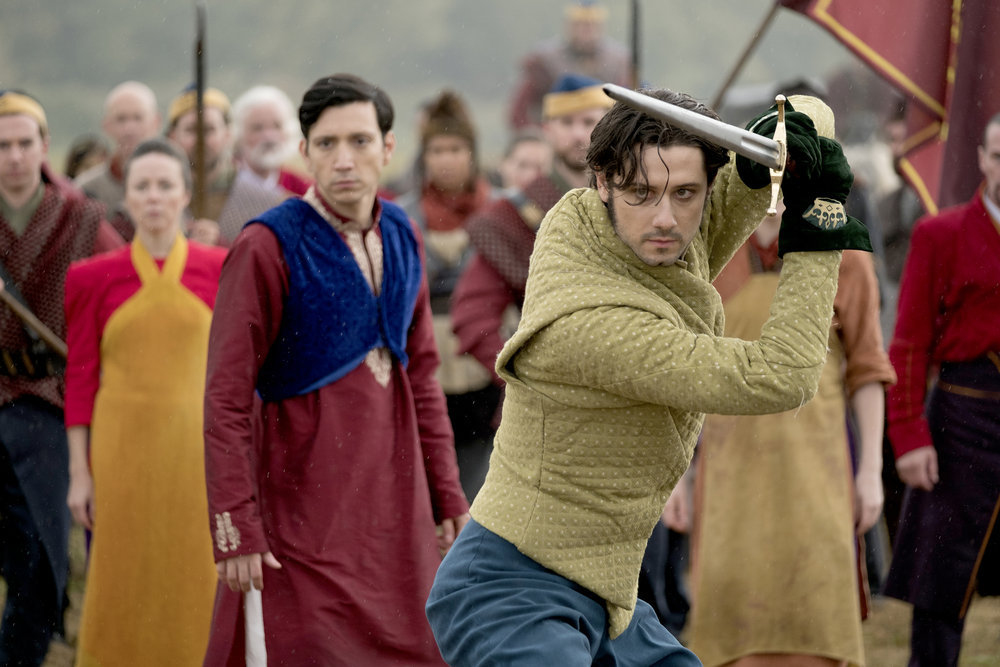 The highlight of the entire season so far may have been the musical sequence as Eliot gets ready for the fight. It was a nice little song and dance routine Margo dreamed up to help Eliot take the edge off of his nerves. It was fun in a way that most of this season hasn’t been, and was a light playful moment leading into a dark and serious ordeal. Magic sword or no magic sword, I would show up to watch this musical sequence any time, though it was also fun to see Eliot suddenly being a warrior. Can the sword really help Eliot win, or will another magical brown out ruin his chance and lose him his life as well?

Quentin is dying from having Alice’s Niffin contained within him, but he’s afraid to let her go. He doesn’t trust her, and she’s proven in the past she’ll go on a murderous rampage. It’s why she’s trapped inside of him in the first place. Though he loves her, can he find a way to set her free that won’t leave death and destruction in her wake? I’ve enjoyed the way The Magicians has continued to feature Alice even after her death, so I would hope if she does find her freedom there’d be a way to keep her on the show. Without her it’s just the Eliot and Margo show, and if that happens, I think I’d be done with The Magicians.

Magic is a tricky thing. Without it, most of our characters don’t really have anything special about them. Penny may be the exception with his ability to travel through time and space. When magic does falter it allows things like Eliot’s upper hand to suddenly evaporate; or the magical wards at Breakbills to go down, leaving everyone there, including the demigod son of Raynard that Penny, Julia, and Kady kidnapped, wide open to assault. In these situations other possible solutions need to be explored for everyone’s sake. 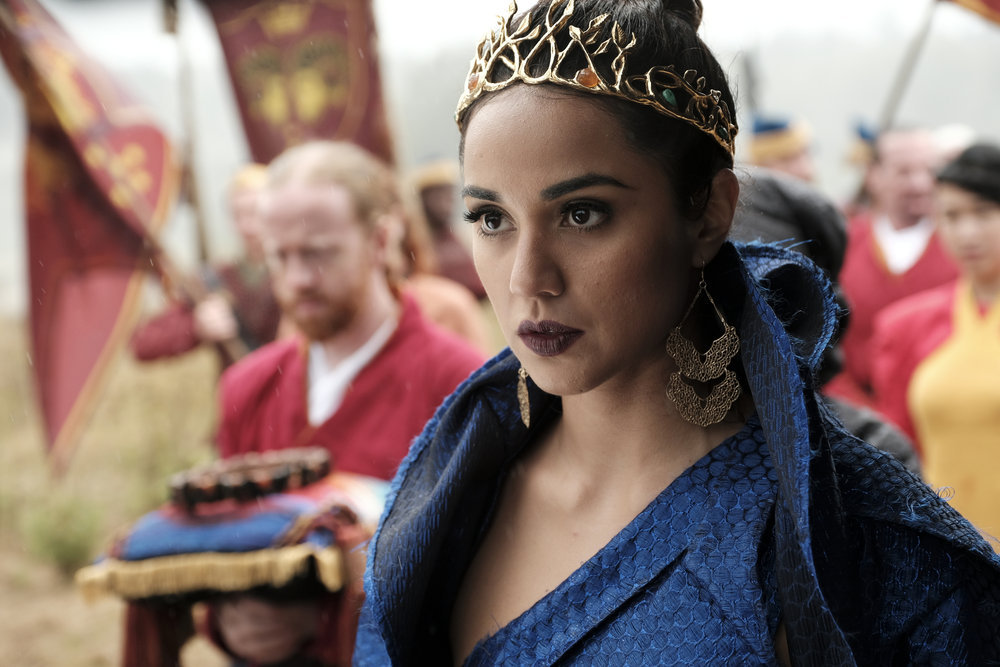 Margo believes Eliot is going to die without magic, so she makes a deal with the fairies. They’ll fix the well, but in exchange Margo promises them Eliot and Fen’s firstborn child. You can imagine her shock when both kings come back and announce they are going to marry each other and join forces after it becomes clear they’re both attracted to each other. In Fillory you can have one husband and one wife, but no one had told Eliot this before. Julia on the other hand sacrifices Quentin up to Raynard. She wants him to release Alice to kill Raynard, but Quentin refuses. Raynard’s demigod son saves them all and goes with his father. What happens now? Has Raynard won? Julia can no longer be trusted, and now Margo has threatened her friendship with Eliot once he finds out the bargain she struck to save magic. How will their friendships survive this?