Quentin attempts the impossible on THE MAGICIANS when he tries to reunite Niffin Alice and her shade to make her human again. After Penny retrieves the book from the Poison Room, Julia and Kady have the ability to kill Raynard, but things don’t go as planned. Eliot and Quentin track down the original gateway to Fillory but find something unexpected.

Things are getting out of control for our favorite spell casters as we near the end of the second season of The Magicians. Quentin has been living with the guilt and sadness of Alice having been turned into a Niffin, and now that he and Julia have found Alice’s shade, they attempt the impossible by reuniting the two in the hopes Niffin Alice will turn back into human Alice. The only problem is in order to cast the spell they need the magic power of a hundred magicians, and it’s only through the guilt trip Quentin lays on Mayikovsky they’re able to use the magic batteries Mayikovsky has been saving up. If the batteries are depleted and magic falters, there’s no longer a back up. Could magic completely die because of Quentin? The spell works, and Alice is turned back into a human. He was able to do what he and Alice could not accomplish for her brother, but what are the consequences of his actions? 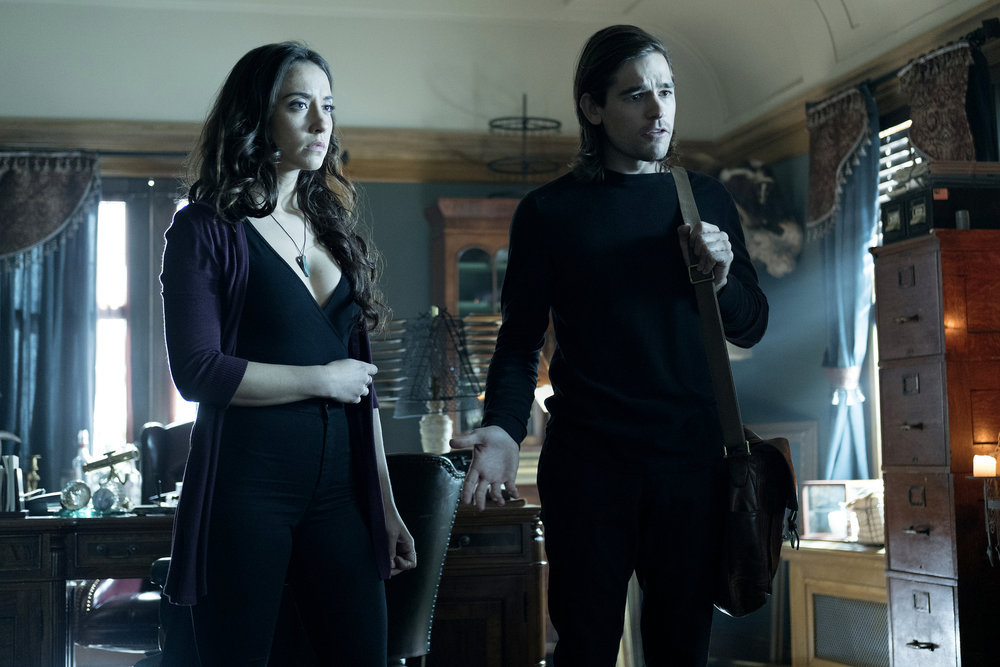 Penny and Sylvia are focused on getting into the Poison Room, but no matter how hard they try to get in through the door, the passwords keep changing. It appears it’s not going to happen. We know why Penny wants to get in there, but why does Sylvia? She clues Penny into a coming disaster the librarians are trying to cover up or ignore. The books of people’s lives have been showing a curious section of blank spots in them, and no one knows why. Usually when someone dies the book just ends, but this is something different, and is referred to as The Great Blank Spot. It’s supposed to happen in a couple of weeks, so time is of the essence. Could it be that magic completely dies because of what Quentin did, combined with Eliot and Margo’s actions in Fillory? If it’s their fault, and The Great Blank Spot is something they’re responsible for, is there any way to change things? Could a time loop give them the opportunity to fix things and make it right? We already know time loops are possible since Quentin and Julia have died 39 times before this loop attempt worked out, but how do they pull it off?

With Eliot banished from Fillory by Ember, the only human left is Josh, who by default becomes the High King, and brings a whole new meaning to “High” King. During one of his drug induced regal binges, Josh is able to see between worlds, and Margo tells him he better figure out a way to save her and Fen from the Faerie kingdom. Prince Ess comes looking for his father, who has been turned into a rat, and kills most of Josh’s guards. He’s about to kill Josh too, but Josh uses his drug making abilities to douse them all, rendering them harmless. He drinks the same potion Margo did, and goes to Faerie to hopefully rescue Fen, her baby, and Margo from certain death. 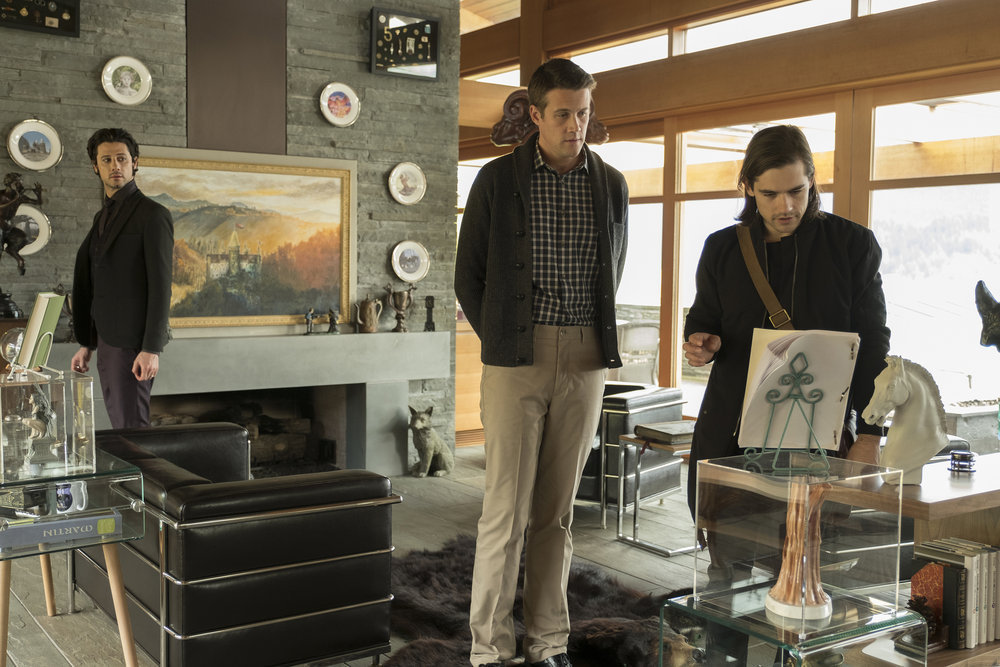 Alice is human again, but things aren’t working out like Quentin intended. He thought Alice would be grateful, but instead she’s incredibly mad at him, and doesn’t want to talk to Quentin at all. She had the knowledge of all things while she was a Niffin, and furiously writes down everything she remembers as the memories vanish. The other problem she’s encountered is she’s no longer able to do magic, because as Mayikovsky tells them, she’s like a newborn and will have to learn everything magical all over again. Will Alice come around, or will she resent what Quentin has done to her? Mayikovsky doesn’t want Quentin around Alice for a while since his presence agitates her, so he and Eliot go on a quest to find the original portal into Fillory now that Quentin no longer has the magical button. They are looking for a special clock, and it leads them to a collector of Fillorian items in Vancouver, whom it turns out is the magical god Umber in disguise. He made a deal with Martin that he’d leave Fillory if Martin spared him, and he’s been living in Canada, collecting Fillory related items and planning a new world. It turns out without Umber in Fillory, the chaotic nature of Ember is in control. The humans were never supposed to rule Fillory properly; they were supposed to entertain the gods. It’s a reality television spectacle for Ember, but when he gets bored he does crazy stuff like turn a bunch of people into rats, or kick Eliot out of Fillory for doing too well of a job as king. The only way they can save Fillory is if they do the same thing Martin was attempting … they need to either kill or banish Ember from Fillory. 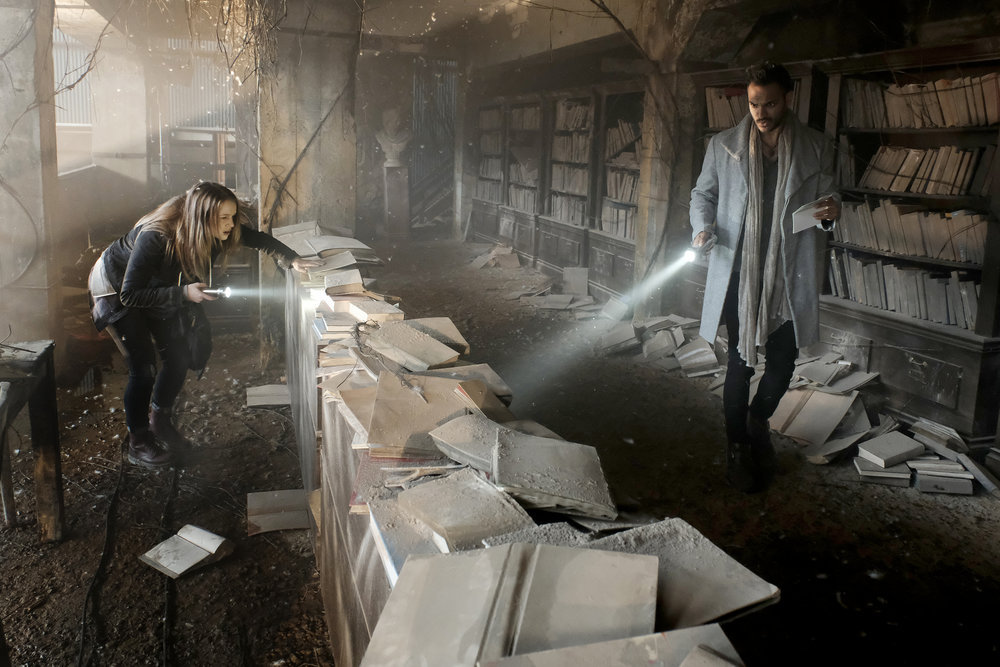 Penny and Sylvia find a back way into the Poison Room through one of the fountains, but things go sideways after Penny finds the book The Art of Killing Gods. Sylvia succumbs to the poison and dies in the Poison Room; Penny just escapes with his life and arrives back at Brakebills. Julia and Kady can now kill Raynard, and John has offered his help. Raynard kills John’s wife when he realizes John has been conspiring with the girls, and it sends John into a tailspin. He sends Julia away for Pizza, and then forces Kady to perform a ritual to kill him. Without John, and with a completely emotionally destroyed Kady, they attempt to lure and kill Raynard once and for all, but Persephone shows herself right as they are about to kill him, and begs for mercy for his life. She’s his mother, and she’s disgusted by everything he’s done, which is why she wants to deal with him herself. Julia allows her to take him, but Kady is pissed off at Julia for not killing Raynard when they had the chance.

Things are all messed up on The Magicians, and it’s hard to see how our heroes right things before something terrible happens. Fillory is a mess, the Faeries are angry, and Quentin and Eliot have the same mission as Martin did when he was the beast. Can they find a way to get Ember out of Fillory in order to save magic and avoid The Great Blank Spot? There’s only one episode left to find out.