Quentin attempts to manifest Alice from the dead with the help of her parents on THE MAGICIANS, which is not much help at all. Eliot and Margo find themselves in a predicament after a Lorian prince proposes marriage to her and she treats him poorly.

Without Alice, something is missing from Quentin’s life. He leaves his magical life for a while to work in the most mundane and antithetical place compared to the life he was living, an office. Things aren’t going so well there either though, and mending his broken heart is a lot harder than just ignoring his old way of life. It doesn’t help that everything around him reminds him of Alice, or that he begins seeing an apparition of her mouthing “help me”. Is Alice truly dead, or is she in a state of being similar to death, but one Quentin may be able to rescue her from?

Julia is still pregnant and attempting to find a way to get rid of the demi-god baby inside of her stomach. The abortion attempt didn’t go well. It seems Raynard will fiercely protect the child he’s placed in Julia’s stomach, and will kill to make sure it’s carried to full term. She and Kady have two goals in the present moment, to kill Raynard or banish him from Earth whichever is easier, and they need to find a way to get rid of his baby. They are able to find the exact spot the banishment spell was performed last time, and using magic they take scrapings from the spot and perform a spell which should help them locate the woman who got rid of Raynard the last time. Julia tracks the woman down while Kady contacts people from her past who may be able to help with the abortion.

Penny’s hands are still as magical as a lump coal. He’s come back to Fillory to find some manner of medicinal moss that grows in the kingdom. Mayakovski has promised him if he’s able to locate it that he’ll be able to mend Penny’s hands again. The problem Penny has is that a plant in Fillory has eaten the court botanist, and the only other person who knows how to find the moss is a mapmaker with his own agenda. Penny is stuck playing the waiting game, until the fickle mapmaker draws him a map to the magical moss. 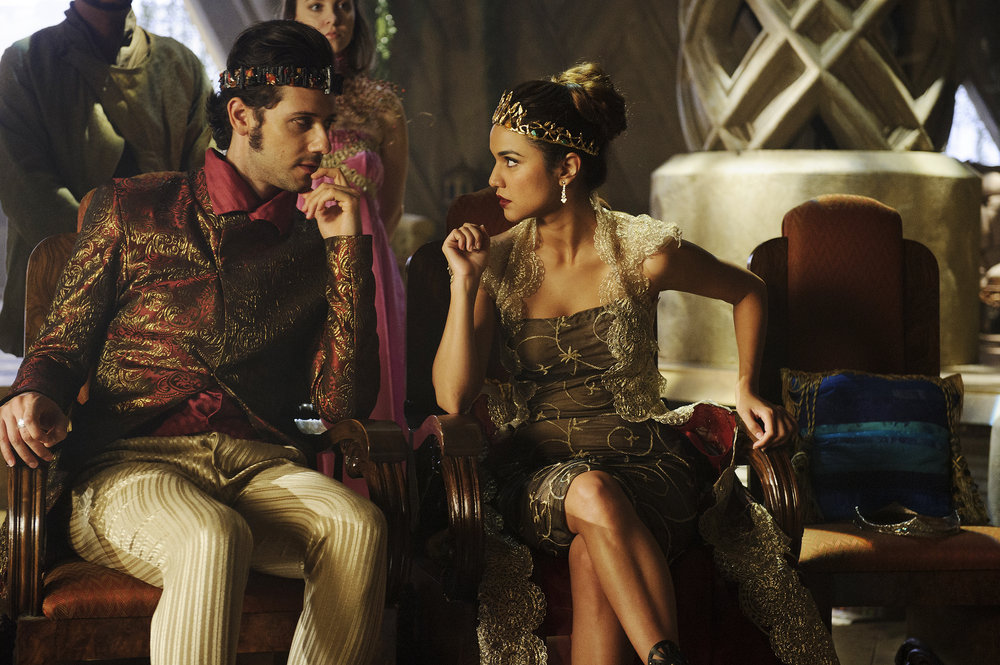 Eliot and Margo are beset with troubles as the failing infrastructure of Fillory demands their constant attention. The magical well still hasn’t recovered from Ember taking a dump in it, and it’s effecting the entire world as well as Earth. If they don’t find a way to clean and preserve the well, magic may die. The problem is the neighboring kingdom of Loria has sent their emissaries and Prince Ess, who asks for the “virgin Queen Margo’s” hand in marriage. We all know Margo, and the minute the virgin label gets bandied about she loses her mind, and tells the Prince off in a vulgar fashion. Big mistake. A Lorian magician does a spell and kidnaps the entire castle, seemingly setting them down inside of Loria in the Cock Barrens, a place where giant rock formations that look like dicks rise into the sky. The only way to get the Lorians to put the castle back and release them is if she agrees to marry the Prince. 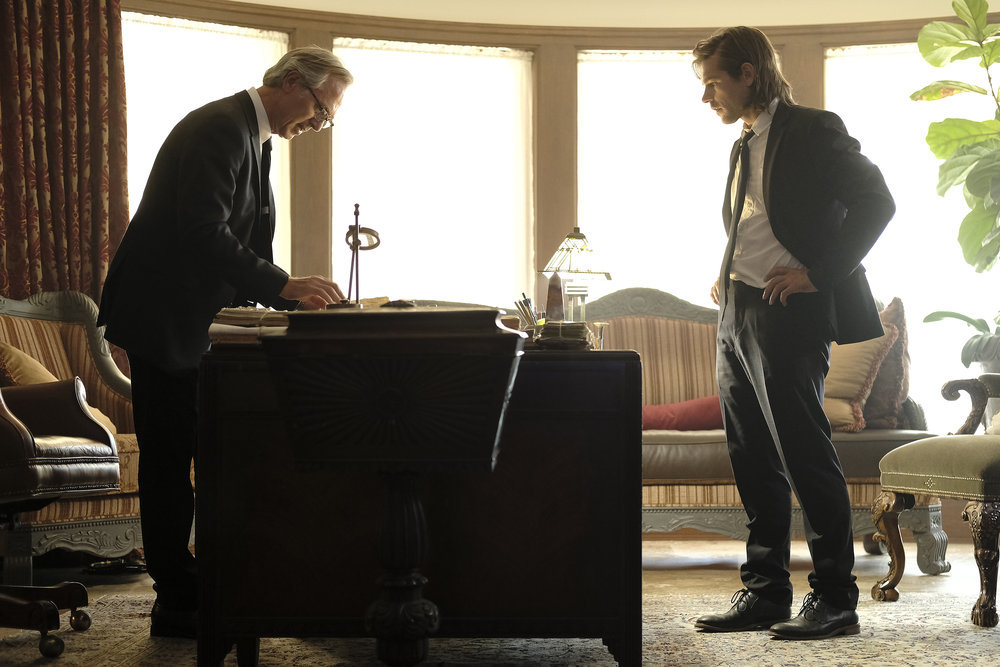 Quentin goes to Alice’s wake at her parent’s house, and follows an apparition of Alice to her father’s study. It seems the key to contacting her is inside this room, but her father Daniel catches Quentin. He realizes they need to construct a pyramid, and do a spell using a mirror in order to be able to contact Alice and talk with her. The problem is both of Alice’s parents are useless. Her father is too scared of everything to be much of a help to Quentin, and when he finally gives up on him and turns to her mother, she is so self centered she cannot do the spell without talking about herself constantly. When Alice does show up, Quentin is all alone. It seems Alice isn’t fully dead, she’s been trapped inside of the containment tattoo in Quentin’s back after battling with the demon Fogg placed in there. Is there any way to get her out safely, and save her from being a Niffin?

Penny is thrown for a loop when the castle disappears, and since the mapmaker won’t draw him a map to the moss until he redraws the map of Fillory without the castle in it, Penny attempts to find the castle in Loria, but it isn’t anywhere he can locate. Margo ends up having sex with Prince Ess after they fight about getting married. Though she doesn’t mind romping with him, she doesn’t want to be tied down, and is having a hell of a time figuring out what to do. Penny realizes the castle is still right where it’s always been, it’s just an illusion, and he rescues them all. Margo is so mad about what the Prince has done that she declares war on Loria. 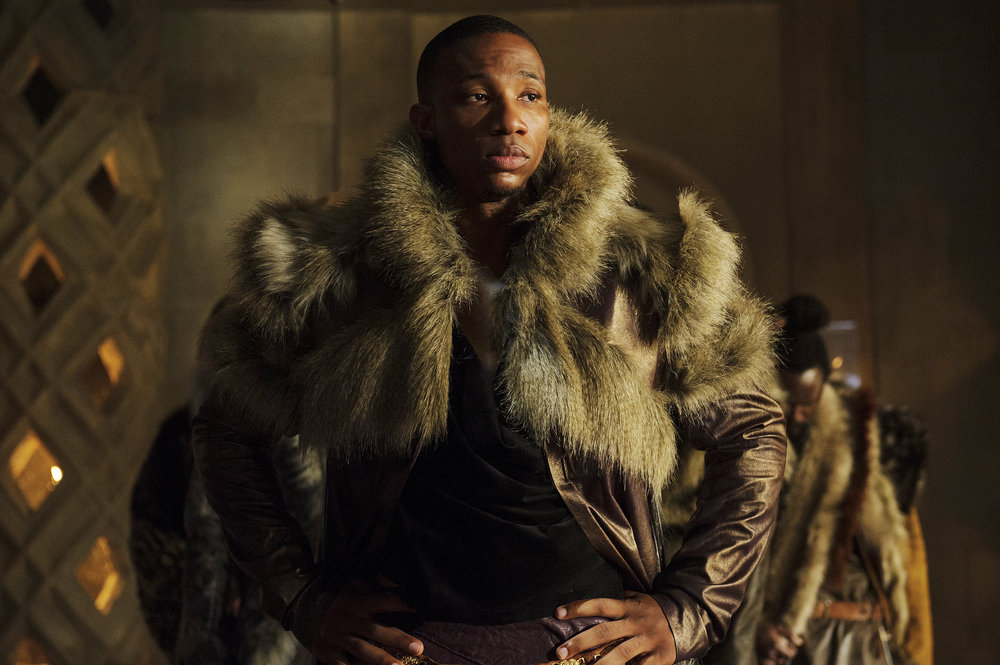 Julia locates the woman, but she isn’t what Julia thinks. She knocks Julia out and imprisons her with some magical beast she’s caught that looks like Sloth from The Goonies and acts as a cloaking device for magicians. It’s how the woman has been able to hide from Raynard so far. The problem of banishing Raynard is that the power of giving birth to a demi-god is so powerful, that only in the moment of birth will Julia be able to do the banishing spell. She’s going to hold Julia captive until that moment, but Kady comes to her rescue and they escape with the magical beast leaving the woman to Raynard. Can Julia find a way to get rid of the baby and banish Raynard at the same time?