The season finale of THE MAGICIANS mostly sets up the next season, without tying up some of the loose threads left over from this season. Quentin and Alice reconnect, but it’s almost instantly interrupted by both of their past actions catching up with them. Ember and Umber are gods, but they have parents, older gods who don’t have any regard for humanity, and they are pissed off.

The opening of this episode is unique. It features an introduction to everything that’s happened so far both in Fillory and with the group of magicians we’ve been following. It’s a nice way to allow the viewer to get up to speed about what’s happening in the finale. Ember introduces us to Fillory’s last gasp. One of the takeaways from this sequence is the Librarians are angry with Ember because of The Great Blank Spot they know is coming, and is somehow connected to him. By the end of the episode we totally understand what The Great Blank Spot is, but is there any way to reverse it?

Alice still struggles with losing all of the powers she had as a Niffin. Being a human isn’t as appealing to her as it once was, and in order to feel again, she’s begun burning herself. Her anger at Quentin for bringing her back is still strong, and he’s afraid she’s going to continue to hurt herself, so he makes her drink a potion that won’t allow her to do any self harm. Now that she’s touched the other side, is it even possible to find comfort and solace in the things she used to enjoy when she was human? Is there anyway for her to come back to the land of the living instead of wallowing in what used to be?

Fillory is not in a good place. Ember is bored with his own creation, and is ready to watch it be destroyed. Without his brother Umber around to share the workload, Ember is about to throw in the towel. The problem is Eliot and the others love Fillory and don’t want to see it die. Is there a way to get Ember out of the way and just let Fillory be Fillory for a while? Margo and Josh may hold the key, as the Queen of Faerie’s gives them a plant to attract Ember and sends them back to Fillory. In return she takes something from Margo, her eye. Fen stays behind to be close to her daughter, but why are the Faeries helping the humans? Do they ulterior motives, or are they worried if Ember destroys Fillory, Faerie will go with it? 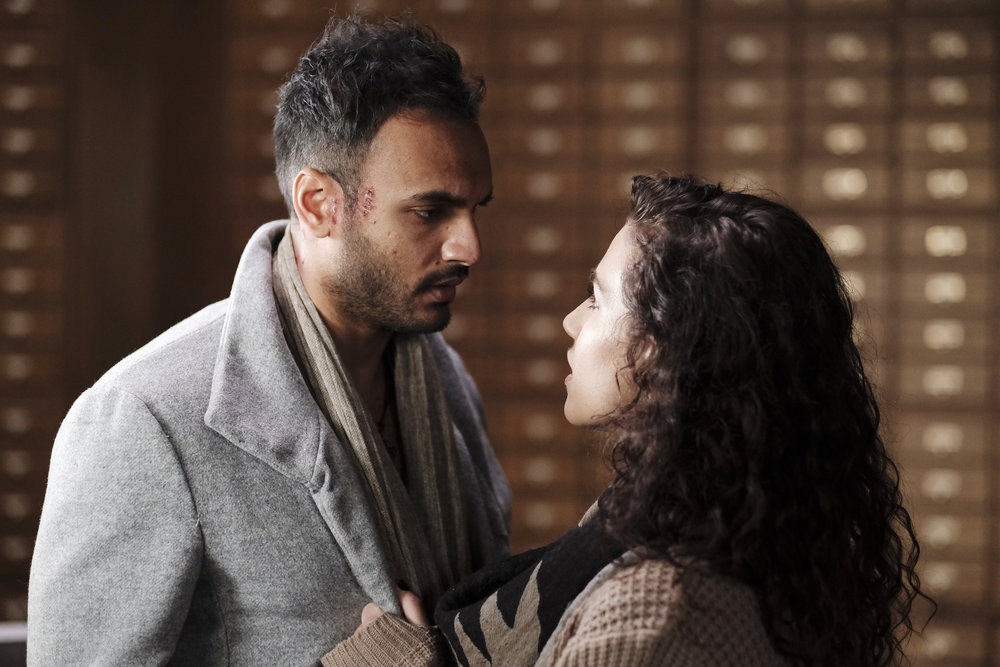 Penny still struggles in the aftermath of being poisoned by the Poison Room. Parts of him are healing, but he has some kind of magical cancer coursing through him. If they are unable to figure it out, he’ll die in three weeks. The problem is the Librarians need him to help deal with the upcoming Great Blank Spot, and whisk him away while he’s dying, right out of Kady’s arms. Between killing John and losing Penny, Kady is in a really rough place, so it’s no surprise she turns to drugs first, and when they don’t do the trick like she was hoping, she looks for help in other places. The deaf magician Penny retrieved the overdue book from is the same person who pointed Kady to finding the god killing book in the Poison Room in the first place. Kady strikes a deal with her. She’ll cure Penny, and in return Kady will use Penny to be the woman’s mole inside the Library. Clearly this is something that’ll be revisited in the next season, since we don’t see anything about Penny or the deaf magician for the rest of the episode. 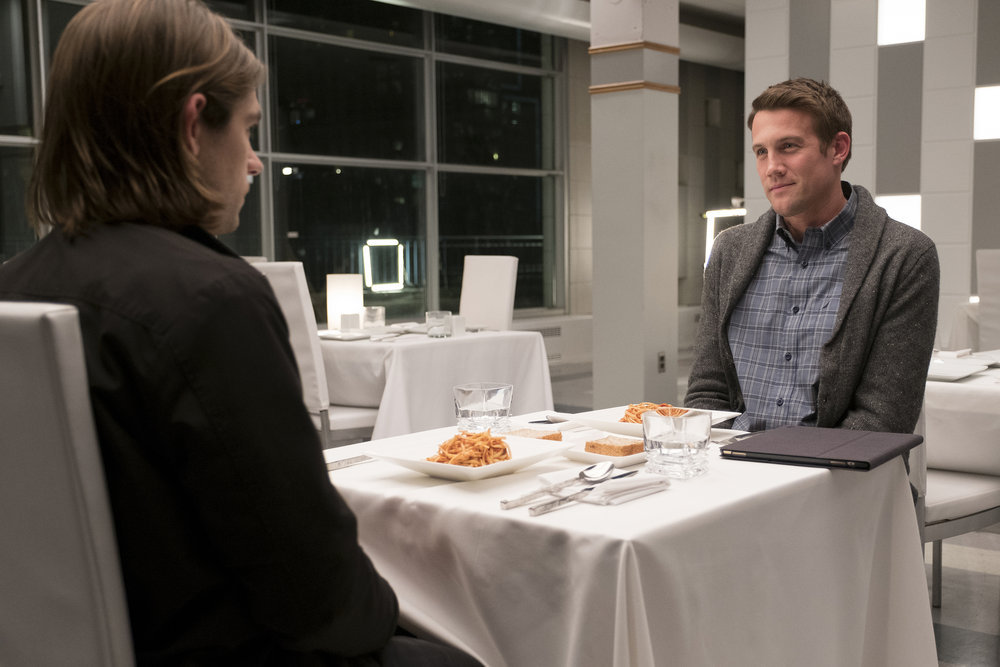 Quentin and Eliot believe in order to save both magic and Fillory, they need to either get Ember in balance by bringing Umber back to Fillory, or they need to kill Ember. Julia is enlisted to help Quentin out with the deception, and while Umber takes Quentin to visit the pocket world he created within a snow globe (a very bland, orderly, and dull world) Julia takes the snow globe with her to Fillory. Once Ember is lured to the castle with tiny cakes baked out of the plant the Faeries gave Josh and Margo, Julia shakes the globe, releasing Umber and Quentin into Fillory. Ember figures out the deception of Umber’s faked death and strangles him. So much for reconciliation. This leaves the only other option, to kill Ember. Quentin slays Ember while he attacks Julia, and it seems like things are going to be all right. Did Quentin save Fillory and Magic at the same time?

Alice is finally lured into enjoying being a human again by a plate of bacon Quentin brings her, and soon the two of them tumble into bed together. After their romp, Quentin mentions killing Ember, and it alarms Alice. When she was a Niffin she was able to see all things and know how they work. Ember and Umber had parents, older gods that didn’t care for humanity much, and killing their child is definitely going to anger those old gods. There’s a person who works for the gods, sort of a plumber if you will, who can come and turn off all the magic if the gods want him to. Quentin has pissed off these old gods, and soon the plumber comes and turns off both Fillory and Earth, taking all magic away with the flip of a switch. Quentin caused The Great Blank Spot by killing Ember. How can they come back from this? 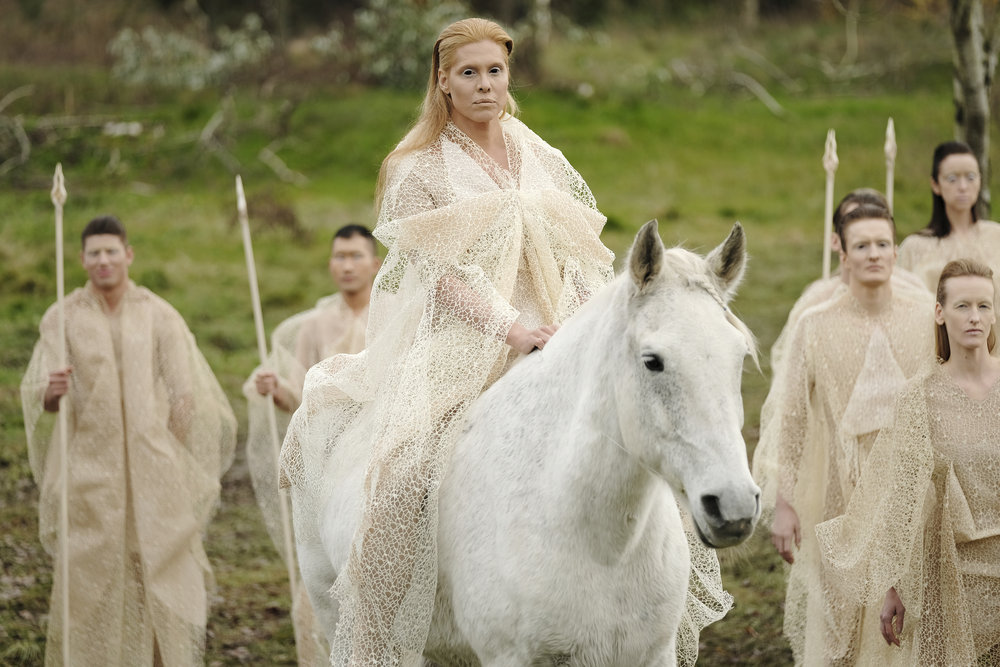 In the last few minutes, several large reveals happen which will clearly comprise the crux of the third season. With magic gone, the faeries come and take over Fillory. What do they want, and how will Eliot and Margo refuse them without magical abilities? With magic gone from Earth, Alice, Quentin, and Josh study theoretical magic to be ready should magic return. Alice is visited by Joseph, the Niffin she studied under, who warns her she made enemies when she was a Niffin. Someone called the Lamprey is still angry she killed his family. The Lamprey is coming for her. Julia sneaks into Breakbills to visit Quentin. She has a secret, but Quentin can’t tell anyone. Julia can still do magic. Will she be able to save magic and her friends next season, after being a victim and a villain during this one? We won’t know the answers to any of this until the third season.