Fillory and Loria are at war on THE MAGICIANS, but Eliot is out of the picture since his consciousness is trapped inside of his dead golem, which leaves Margo in control.   Julia and Kady search for Dana’s demigod child so they can kill Raynard once and for all, but Dana has covered her tracks well. Alice attempts to use her time in control of Quentin’s body to find a way out. Can she save herself?

Somehow during the abortion procedure, the two sisters ended up killing the shade inside of Julia, which seems to have left her almost entirely without fear. This new Julia takes risks that she shouldn’t, and it almost leaves her at Raynard’s mercy again. He senses she’s missing her shade, and he’s pissed she aborted his child. Lucky for Julia Quentin has followed her, because before Raynard can get violent with either of them, Quentin whisks her away to Fillory. Right now either another world or Brakebills are the only safe places for her to be with Raynard angry. Can she stay put and take a breather, or is the destructive Julia back in Fillory? 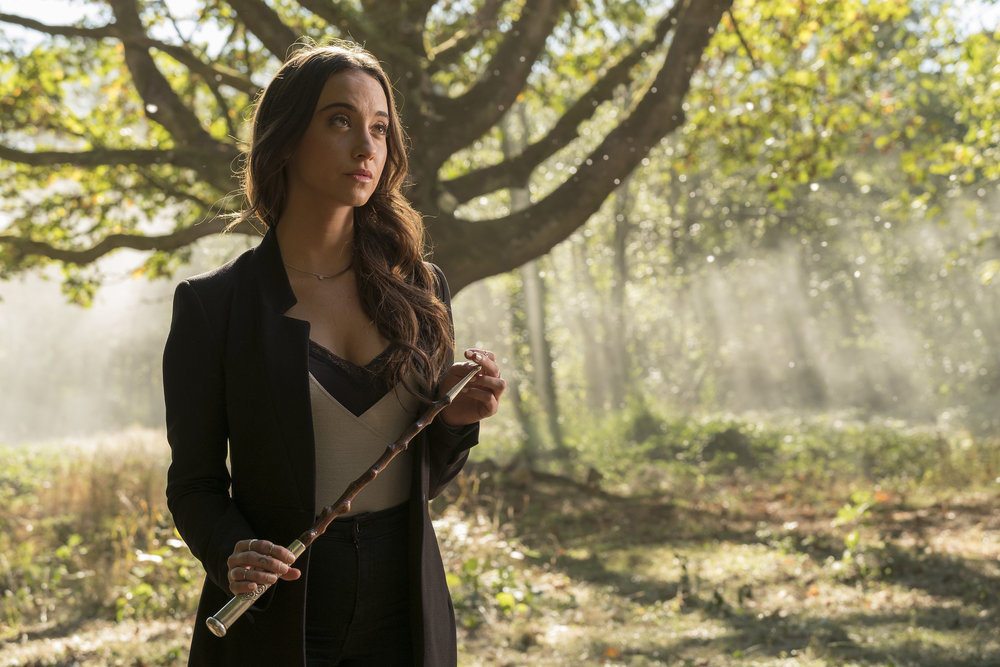 During the bank heist, Eliot’s golem died with Eliot’s consciousness inside of it. His mind is trapped inside of the dead golem, and unless Fillorian magicians can transfuse his consciousness back into his real body, Eliot will die. The problem with the enchantment is every time there’s a magical brown the entire enchantment has to start over from the very beginning. Margo and Fen are left to run the kingdom in a time of war without him, and though Margo puts on a brave face, she’s incredibly scared.

Quentin struck a deal with Alice that in exchange for her help with the heist, she gets one hour a day to take control of Quentin’s body, but he’s set strict parameters. Alice is not allowed to do any magic or hurt anyone while she is in control every night at midnight. He experiences these instances like drunken black outs. When he wakes up, he never knows what happened to him, he’s just left to piece together the clues and try to catch up to what Alice is doing. He still cares for her and wants to save her, but she also scares the crap out of him. 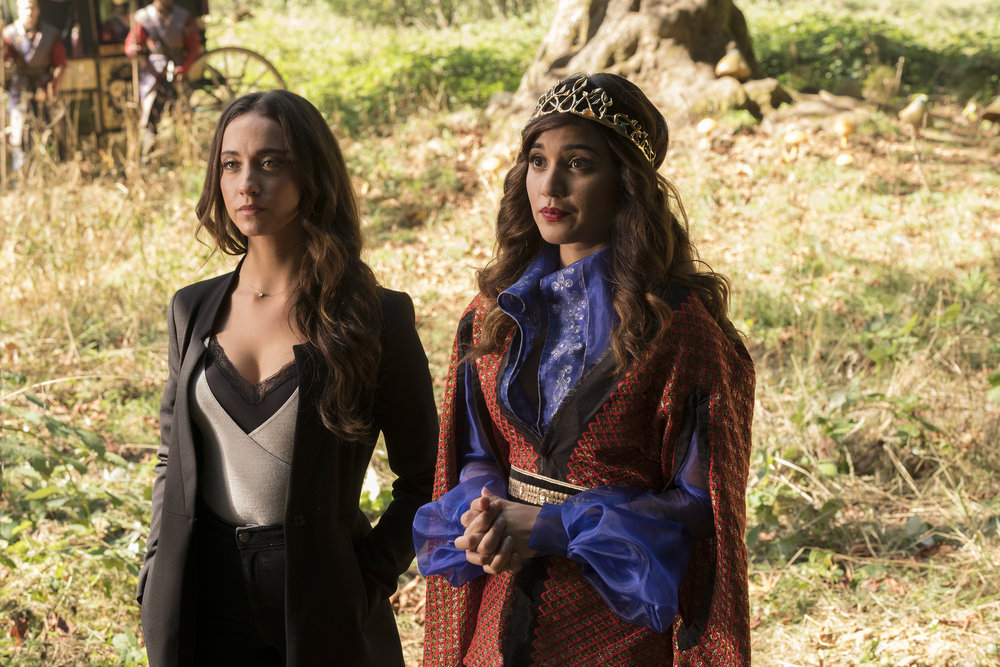 Julia and Margo attempt to speak to a dryad in charge of the trees on the border of Loria and Fillory in order to get their help. The problem is the trees hate Fillory, and will likely help Loria in the battle. Julia does something reckless without Margo’s knowledge, and it may have severe consequences in the coming war. She offers a gift box to the dryad to take back to his masters, but when the box is opened a huge explosion occurs, engulfing the forest in flames. Julia has burnt down the entire forest. When Margo finds out what’s happened, she throws Julia in the dungeon.

Alice uses Quentin’s body to kill a monster and find out how to summon a thousand year old monk in order to get his help in escaping Quentin’s binding tattoo. It doesn’t go how Alice hoped it would. Instead of his help, the monk tells her if she can’t figure out how to escape the bond, she’s completely useless to him. The one thing she does find out, is that being trapped inside of Quentin may be killing him. If he dies, they will both die. Quentin has been trying to keep his relationship with Alice’s niffin a secret, but Penny senses something is wrong and gets into Quentin’s head. He finds Alice inside of it, and she attacks him immediately. Penny now knows the truth, but will he be able to find anyone that can help?

Kady and Penny track down the name of Dana’s demigod son, but in order to do so Penny had to sign a contract with the librarians of the Neitherworld. They fixed his hands and made them magical again, but he’s also signed a lifetime servitude to the library. What will that entail? Will Penny be able to come and go as he pleases, or will he be stuck there at some point? He only signed it to help Kady because he’s in love with her, but will this romantic gesture backfire on him? 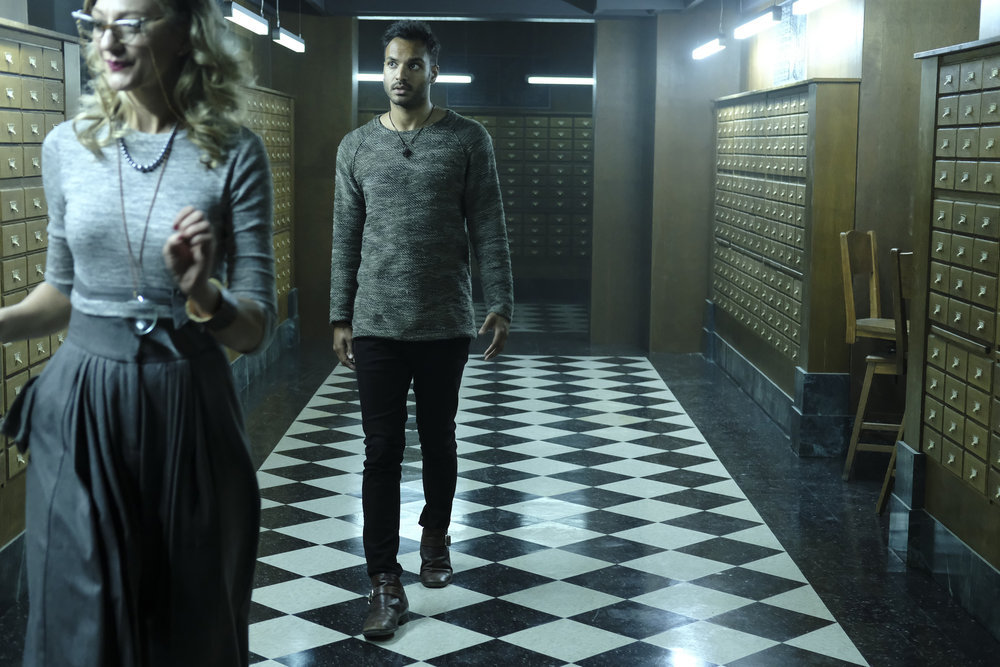 Eliot’s transfusion works. He’s back into his old body, but now there’s a war on hand. Will his return enable Fillory to come out on top of Loria? I understand he’s the high king of Fillory, but there was a quality to this episode I didn’t really enjoy. Without a king, Margo is left to flounder on her own, and she can’t seem to pull it off without a man’s help or guidance. Why can’t she be strong on her own? Why does she need a man to take control of the situation?

Alice is in the same boat. She has to rely on Quentin and his body to get what she wants. Without Quentin, Alice would be dead. I’m not sure what The Magicians means by this, but I do find it troubling. You can’t portray strong women on the one hand, and then have them be overly reliant on men on the other. Why can’t we see a strong woman do something on her own without the help of a man in this show? Yes, Alice is the strongest magician of the entire group, but now she’s trapped inside of Quentin, and needs him to continue to exist. It’s just a really weird way they’ve written the sex dynamics in this show, and it’s something that didn’t seem to exist in the books.