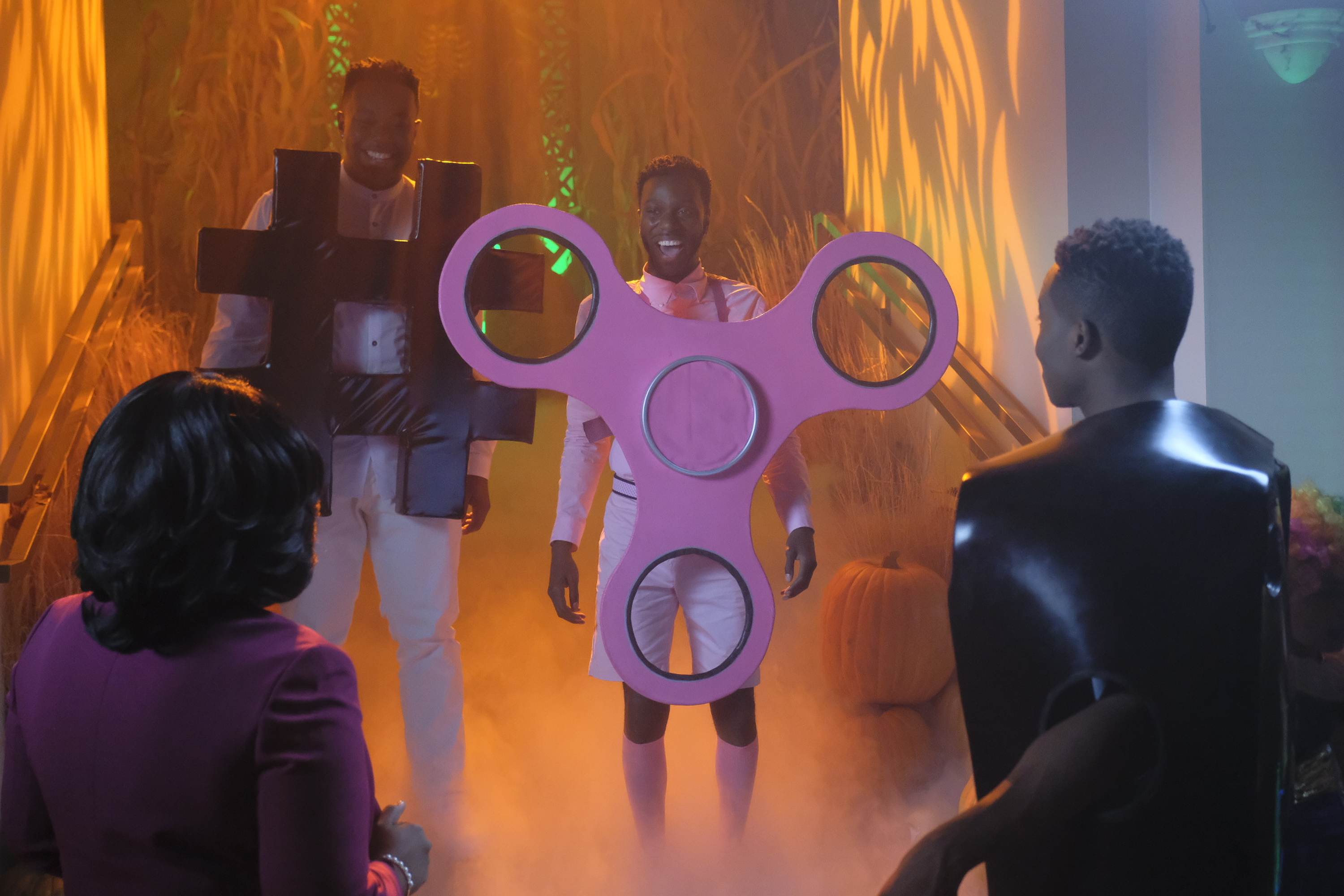 This week it’s Halloween in Fort Grey, and Courtney realizes that because of a high crime rate, it really isn’t safe for kids to do the usual Halloween festivities. The Mayor does what it usually does — Courtney comes up with a plan on the fly without running it through any official channels, Val, and his mother counsel him on better options, and he eventually realizes that the answer is actually listening to the people around him.

I really love Courtney, and TK and Jermaine are hilarious, and anything Yvette Nicole Brown ever does is great. But it is already so tiresome that Courtney makes such crazy unilateral decisions even though he learned last week that he should take his time and listen to people who know more than him… only to have the same realization twenty minutes later. I know it’s the nature of sitcoms and it’s sort of the promise of the premise, but I’m going to need them to come up with some conflicts that don’t just trod over the same character development path they have Courtney pacing every week so far.

That said, it’s all still delightful. The cast is funny and charming with great timing. I’d certainly vote for Courtney to be mayor, just based on his impeccable delivery, let’s be honest.

Courtney has to attend a briefing given by the police chief as to how to conduct Halloween, and Val tells him his job is to cosign her statement, and nothing else. Of course, he doesn’t stick to that. Frustrated, understandably, at the thought of kids not getting a proper Halloween like he remembers, he announces that there will be a big party at the City Hall. At least this time, there’s no legal red tape to get through. They just have to prepare a party last minute.

The party ends up being pretty great all around, but Courtney finds out in the process that it didn’t actually do anything to improve crime on Halloween night. In fact, Val tells him, crime was worse this Halloween than nights previous. I’m not quite sure about the correlation — I thought that the intent was to keep the kids out of potential dangerous places, rather than cut down crime rate by corralling a bunch of small children… Why did anybody think that makes sense? — but Courtney is, as always, bummed that his brilliant plan wasn’t flawless. 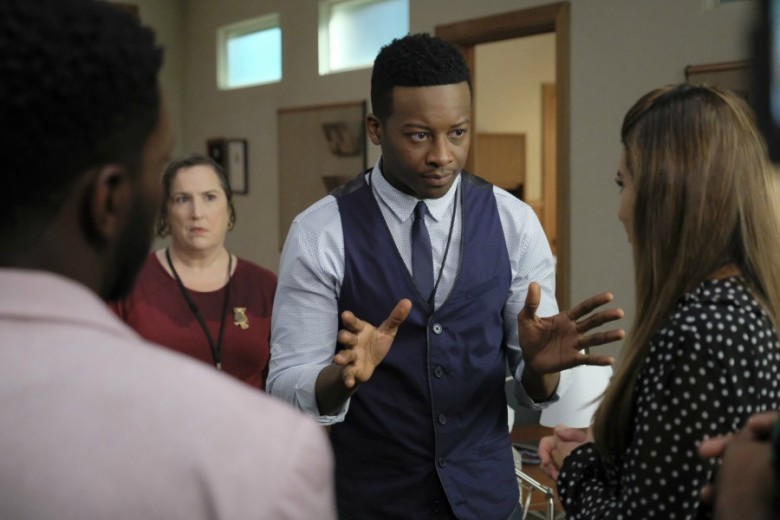 Instead of having a measured response (as if), Courtney flies in the opposite direction. He quickly decides that the solution to the problem is to throw more law enforcement at it. Luckily, before he can even think to act, he gets downstairs the next day to find a bunch of parents waiting for him with a hokey pumpkin gift, to thank him for taking the time and putting the effort into doing something special for their kids. They express frustration at feeling like they aren’t listened to, and Courtney seems to decide that he’s going to do that. Which is great and all, but I’m pretty sure last week, and the week before that, he learned that he should start listening to people to find a solution to Fort Grey’s problems. Sad for the parents that by the same time next Tuesday, he’ll have forgotten again.

The B plot is between Val, T.K., and Jermaine. T.K. and Jermaine keep playing pranks on Val, and it’s driving her nuts. She expresses to Dina that she grew up with younger sisters whom she effectively raised, and she doesn’t want to feel like she’s raising children when she’s at work. This is a totally, absolutely fair point. Delightful as T.K. and Jermaine are, they don’t appear to be particularly helpful, and they need constant supervision and guidance from Val. Dina advises her that she treat the guys like the little sisters she didn’t have — like actual siblings to play and have fun with instead of her charges. This sort of sounds wise, but it actually is totally insane? Val expressed her desire for her coworkers to behave professionally and stop doing things that make her uncomfortable. Dina basically tells her to loosen up. Not that Val couldn’t do with loosening up a bit, but… Val’s definitely in the right here. If she doesn’t want to have play time in the office, she shouldn’t have to because that’s just… really not what offices are for, generally. But whatever. 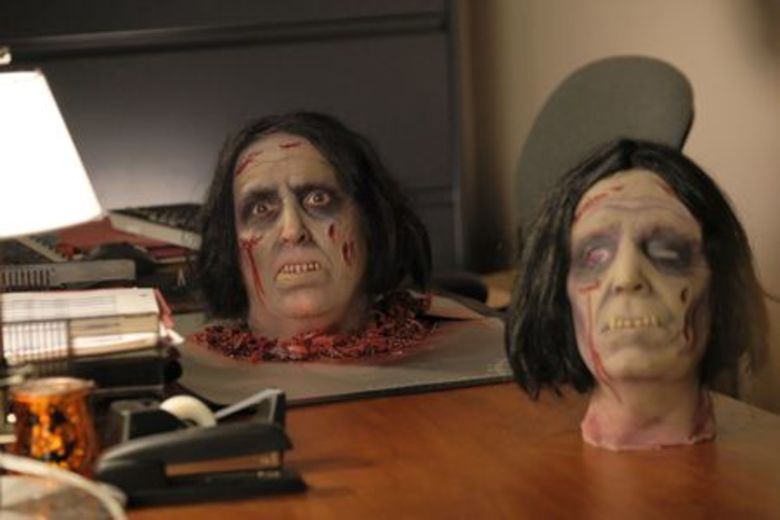 Dina shares the conversation with Jermaine and T.K., which Val is chill with (I would be pissed personally, but Val is apparently a bigger person.) They apologize and say they’ll dial it back, but she gets them at the last minute with a fake head on the desk prank. I get that it’s supposed to be everybody compromising and learning to work together, but pranking them back seems like a real good way to make behavior Val doesn’t feel comfortable around escalate rather than stop. But who am I to argue with Dina?