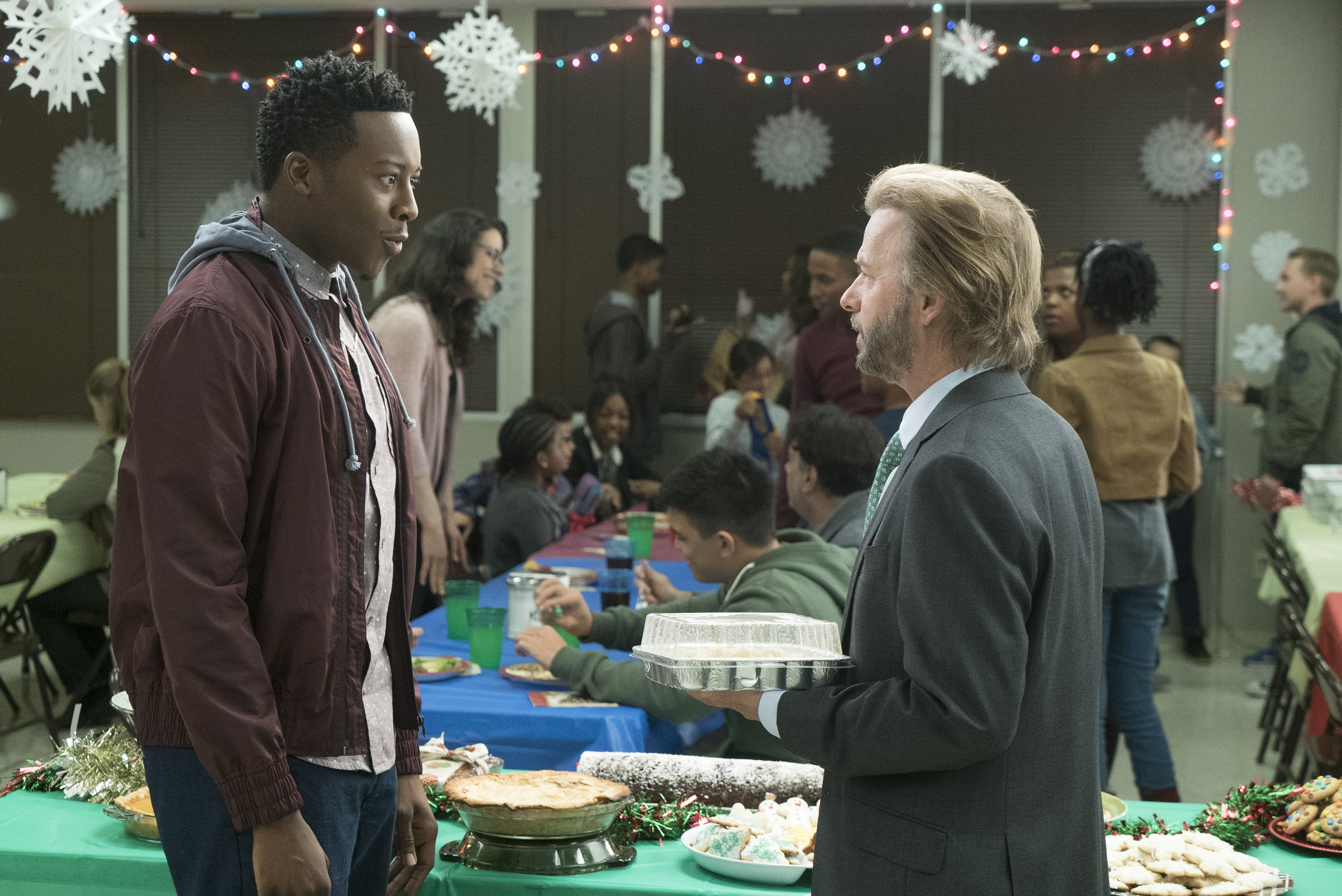 This week’s episode of The Mayor was probably my least favorite yet. Although it’s a holiday episode, and as holiday episodes often do it ends with a win from everybody and an overall united heartwarming vibe, it felt a bit hollow to me because of the message it actually portrayed.

Courtney’s visiting a shelter in Fort Greg that he had gone to for Christmas as a kid and has fond memories of. Instead of Christmas dinner with a lush, green tree and presents as he recalls, Courtney finds an organization struggling to make ends meet after losing their federal funding. They’re barely scraping by with a Charlie Brown tree, pizza for Christmas dinner, and nothing but donated toothbrushes to give the kids. In typical Courtney fashion, he leaps onto a chair and promises to make the holiday better for the homeless and otherwise underprivileged.

Unfortunately, as always happens, Val reality checks him when they get back to their offices. They’ve squeezed everything out of the 2017 budget — their only hope is to borrow from the 2018 budget, which needs Ed Gunt’s approval. Gunt proves just as difficult as he always does, but he also goes on a bit of a rant and says some things to Courtney I don’t disagree with. He points out that Courtney hasn’t accomplished much of substance as Mayor. Unless Courtney’s actually doing tons of work in between episodes we neither see nor hear about, he’s not wrong. Courtney has preserved a music program and cleaned up a park and gotten covered bus stops — considerable improvements to quality of life, for sure, but not exactly significant systemic change.

Disenchanted, Courtney wanders off and runs into a possibly hallucinated Angel version of Dina who takes him on A Christmas Carol tour of what Fort Grey would look like if Courtney hadn’t been elected Mayor. We get a brief look at a post apocalyptic world where everything’s on fire because Courtney isn’t Mayor, but the reality is much more banal. The minor improvements weren’t made; Gunt is taking financial advantage of the city; Val’s ambition combined with Gunt has made her a bit evil; everything is just slightly off, and a little more bleak. 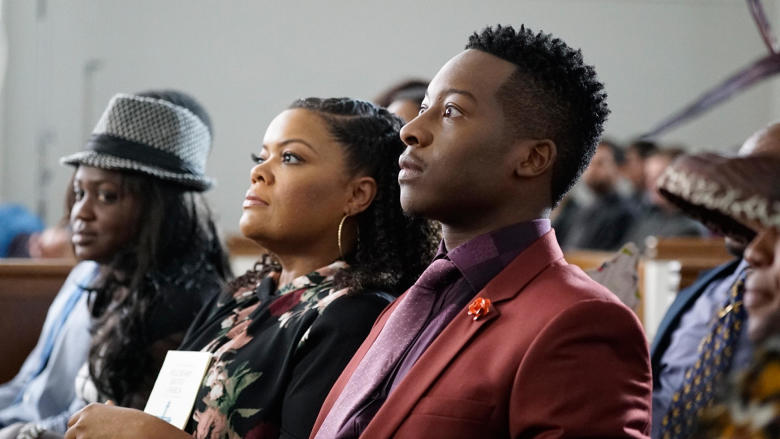 Through this journey, Courtney learns that the thing missing from Fort Grey was him. He runs back into the present with a renewed enthusiasm for doing whatever he can even if it’s small like just giving his time to the shelter, and gives a speech on television to that effect. I’m all for lauding individual acts of compassion and helpfulness. These things are obviously important. If we’re talking the current state of affairs in the US, I’d definitely fall on the side of individual compassion being one of the most important components to fixing this mess.

But Courtney isn’t just a lay person. Courtney is an elected official. A Mayor doesn’t have even nearly limitless power, but it’s not nothing, either. The fact that Courtney devotes his time to individual, personally motivated acts that improve mostly nonessential things in mostly temporary ways instead of actually dedicating himself to politics and trying to find a way to enact some actual systemic change that might long term help the people of Fort Grey isn’t a charming eccentricity — it’s a problem. As are charismatic political leaders who give lovely, heartwarming speeches and then don’t actually do anything to make the ideas that make their words so powerful and impactful to people a reality.

Courtney in this episode is, despite the tinsel and holiday cheer and the fact that this is superficially a perfectly enjoyable episode, everything wrong with politics, honestly? And we’re framing the people who call him out on this as bad guys, but they’re right. Courtney’s a nice man with good intentions, but he’s a bad politician, and an ineffectual Mayor. 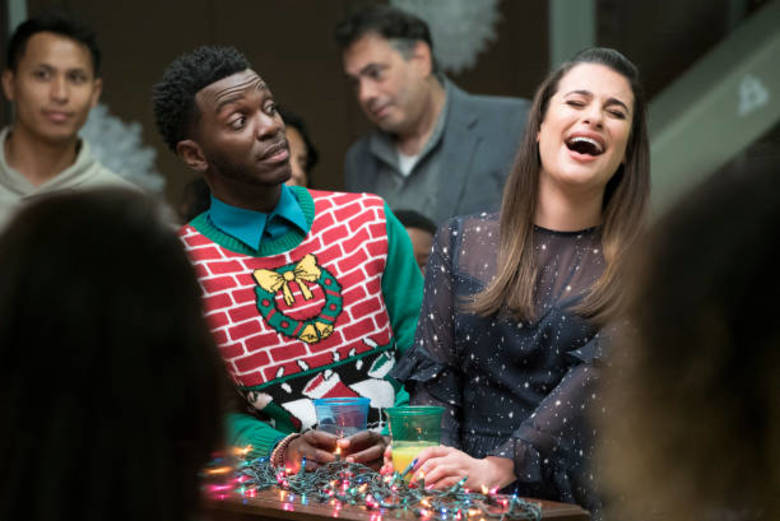 I know it’s a half hour comedy and everybody’s charming and the premise is a bit silly, or whatever, and everything doesn’t have to mean something — or the meaning can simply be “this brings me joy” — but because of the state of politics in this country, anything that actively engages with that automatically sets my bar pretty high. If you’re going to go through the trouble of building a show around the way our governmental systems don’t really serve people in the way that they need to, I want to feel like it’s making some kind of useful statement. And I don’t mean to imply that individual acts of kindness or compassion or civic engagement aren’t important or helpful — ideally everybody, including politicians, would do these things. But once you’re the Mayor, you need to be doing more than that. And I feel a little weird about the show’s conclusion that Courtney is doing enough, because as Ed Gunt points out: he’s simply not.