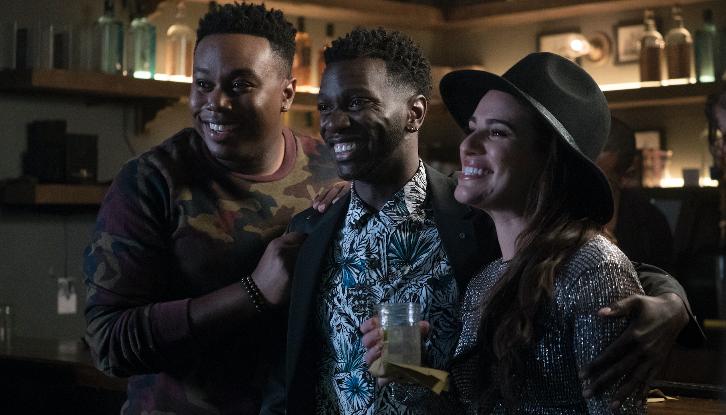 This week on THE MAYOR we finally returned to the topic of Courtney’s music career. Honestly, it’s a relief, because we spent a really long time forgetting that Courtney’s motives for being mayor were originally to get publicity for his career. The episode starts with the gang going on a night out to Tito’s, a local establishment that Courtney feels very close to. He says that Tito gave him the space and stage to find his voice, and they also say that Tito had some legitimate music celebs come through. While they’re there, they find out that Tito’s is going to have to close for financial reasons, so Courtney obviously immediately leaps into action, trying to find a way to keep the place open.

He goes on a radio show with Tito to talk about how the place is closing, and how they’re going have a fundraising event to keep it open. But Ed Gunt reappears to point out to Courtney that bankrolling and supporting a friend and using his status as mayor to promote personal causes isn’t admirable, it’s, like, pretty straightforward corruption. 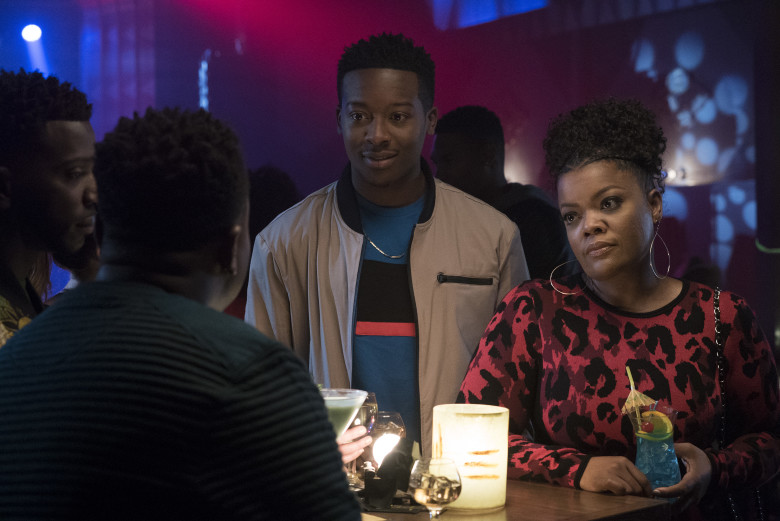 While talking to Dina over dinner, Courtney has his revelation as he always does off the back of something Dina says. She tells Courtney that Tito’s wasn’t always just a somewhat dodgy bar — it used to be a meeting place for the Black Panthers. So Courtney switches tacts to trying to save Tito’s as a historical landmark… which is fine and fair enough, but also still a little shady, honestly? He’s still using public resources to accomplish a personal agenda, just with a more palatable veneer. Sometimes the things they have Courtney do are confusing because he’s supposed to be new and different and off book as a politician, but a lot of these moves are pretty standard politician subterfuge.

Meanwhile, Dina becomes choir director of her church choir, and immediately alienates everybody over it. Even her friend thinks she’s too demanding, and behaving more like a choir dictator than director.

Both of these storylines come together nicely in the end. Courtney realizes that in order to make people understand why Tito’s needs to be saved, he needs to make them understand how he feels about it, and why it’s important to him. So at a city council meeting, he brings up a bakery he knows Gunt frequents, because they’re the only place in Fort Grey that make a particular pastry from the country his ancestors came from. Courtney gives everybody the pastry to make the point that everybody has places around Fort Grey that are of sentimental value to them and so they should… help him save the place that has sentimental value to him, I guess.

This is a little weird, because what lead Courtney to the “they just don’t get it” conclusion was the fact that people showed up at a previous meeting to say they have bad memories of Tito’s and think it should be put out of business. In this way it seems like the message is that Courtney’s desires trump his constituents’ needs. 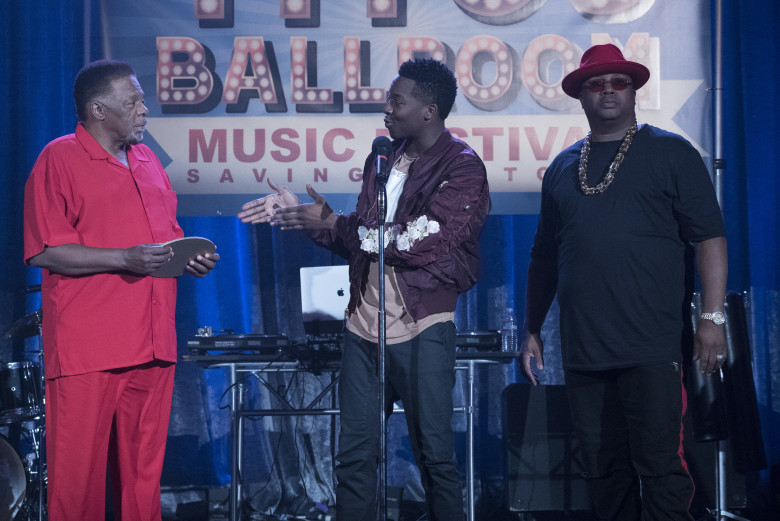 This episode felt very odd and out of place thematically, because instead of listening to the people around him, he spends the whole half hour looking for ways to manipulate people into agreeing with him. The Mayor is consistently light, popcorn fare in content, but it frequently addresses real, serious issues. I find it a little frustrating, however, that these issues don’t seem to be engaged with in any real, meaningful way, and certainly not in any fashion that gets carried over to the next episode. It’s very much a reset show week to week, which I guess is a function of the form. But everybody on the show is so charming, and because they do dip into real issues on a regular basis, I frequently end every episode feeling like there’s a massive missed opportunity. I’m not really a sitcom — or comedy in general — person, though, so this might just be my preferences butting up against the genre.

At any rate, he succeeds, and they have a show at Tito’s to celebrate making in a landmark. Dina gets her choir to perform as background singers, and tells everybody that going forward, every member of the choir will have a say in how they do things, rather than her making all of the decisions unilaterally.

As always, The Mayor is perfectly enjoyable with a few genuinely funny beats throughout. It moves quickly, but doesn’t seem to accomplish a whole lot by way of plot or character development. Basically: it’s still a fun show I don’t dread watching, but I don’t really have many more accolades to grant it than that. I really just want a whole lot more from it, and it doesn’t seem like we’re going to get it any time soon.