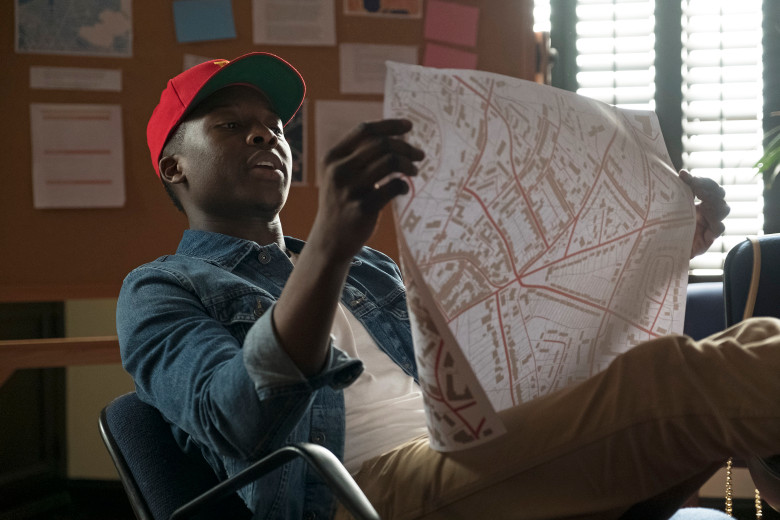 ABC’s THE MAYOR is 200% delightful, even if it does share a premise with one of the more unsettling events in US history: A totally unqualified dude runs for office and somehow manages to clinch it. Of course, Courtney Rose, the titular Mayor, is as delightful as his show. And he shows that, despite lacking some maturity and sense of duty, and having no training, he does genuinely care about his community, and have some idea what it needs. So his small town of Fort Grey, California gets the benevolent version of what the country got on a whole. Lucky them.

Courtney enters the mayoral race to promote his struggling rap career. It’s going according to plan at first, until he actually has to show up to a debate. Then, next to the stodgy establishment middle aged white guy mayor, Courtney shines — the debate ends up centering around the town commons, which have become overcome with garbage. The standing mayor promises he’ll fix it by 2020, and Courtney is quick to point out how ridiculous that is. It’s his shining moment, and suddenly the town realizes that although Courtney is young, ridiculous, and definitely promoting his rap music, he understands what it’s like to live in Fort Grey, instead of just presiding over it. Cue his surprise victory.

Once he wins, he’s accompanied by his two friends, T.K. and Jermaine, and his former 10th grade lab partner and type-A control freak, Valentina, into the town hall. Although Valentina worked for the previous mayor, she volunteers to become Courtney’s chief of staff. They — along with Courtney’s mom, Yvette Nicole Brown — are why this show is so delightful. The premise is fun and timely and has the potential to say some good, interesting things, but the cast is bonkers charming. They play off one another well, and although I’m a little irked by the cliché of the women in the crew being the ones who has to keep this rowdy boys in line, I’d pretty much watch them watch paint dry. 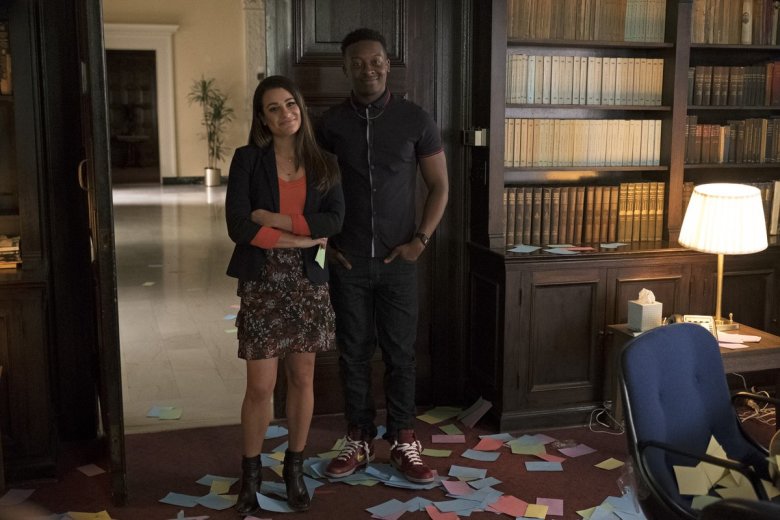 Despite Val coming in with a big plan, Courtney blows her off and instead decides that they need to do what he promised — clean up the commons. Val tries to counter him by pointing out the bureaucracy involved, but instead he says they should just have a party. Beer, barbecue, music, and in exchange, everybody will help them clean up the park. Virtually free, and very easy. Val relents, and they set up the party. She repeats to Courtney that he needs to have a permit to host and event like that, and there’s a moment of tension at the party where Val asks him about it, and he seems to have forgotten it. Since that feels like it’s going to be the issue, it’s a relief when he pulls it out.

Of course, something must go wrong. While hosting the party, Courtney gets a call inviting him to perform at a club he’s been trying to get into for ages. Bonus: a rapper he admired as a kid is headlining. Unable to resist, Courtney bails on the party and rushes to the club… taking the permit with him.

Naturally, the police show up and ask for the permit. Since Courney has vanished with it, they get shut down. When Courtney gets back, all of his friends and his mom are furious with him and his lack of responsibility to the town. But because this show is only a half hour, and we’ve already covered a truly ridiculous amount of ground, he makes it up to them by showing up at the common early the next day to clean it up on his own. Everybody forgives him, though they do implore him to take his role more seriously in the future. 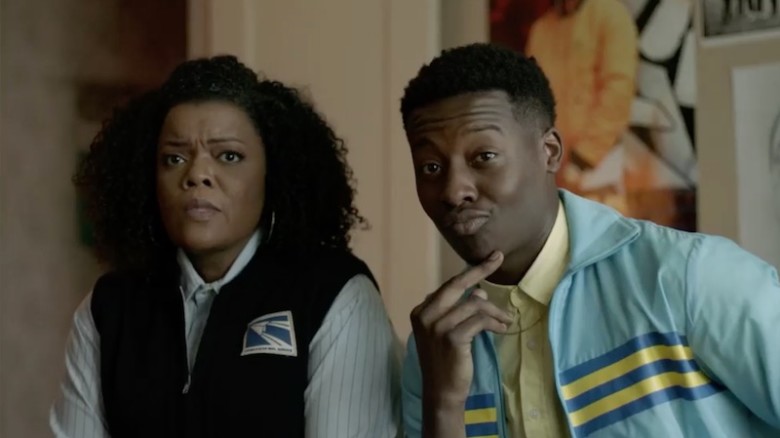 As mentioned, everybody on this show is totally delightful. Even Val, who has the potential to be incredibly grating, falls into the banter with the boys really well — she laughs with them (or possibly at them) as much as she corrects them, which stops her from being to grating and matronly. Courtney’s mom is another voice of reason, and again, that role always has the potential to be irritating — but the through line in her corrections and scoldings of Courtney is that she absolutely believes in him to do the things he sets out to do. Even Courtney’s friends are supportive and kind.

The dialogue is snappy and fun, and although the pilot covered what feels like too much ground too quickly — at times it felt like more of a summary of an hourlong than a legitimate half hour, and I sort of wonder why they didn’t just end the episode on Courtney getting elected — it’s a really enjoyable watch. However, it’s going to be interesting to see how the rest of the season plays out without Courtney trying to balance being mayor with his rap career getting tiresome. Shirking his political responsibilities to fulfill his personal dream will be fine a couple of times, but at a certain point, it’s going to get stale, and run the risk of making Courtney unsympathetic.

But it’s only the pilot, so I’m looking forward to seeing where we go from here.