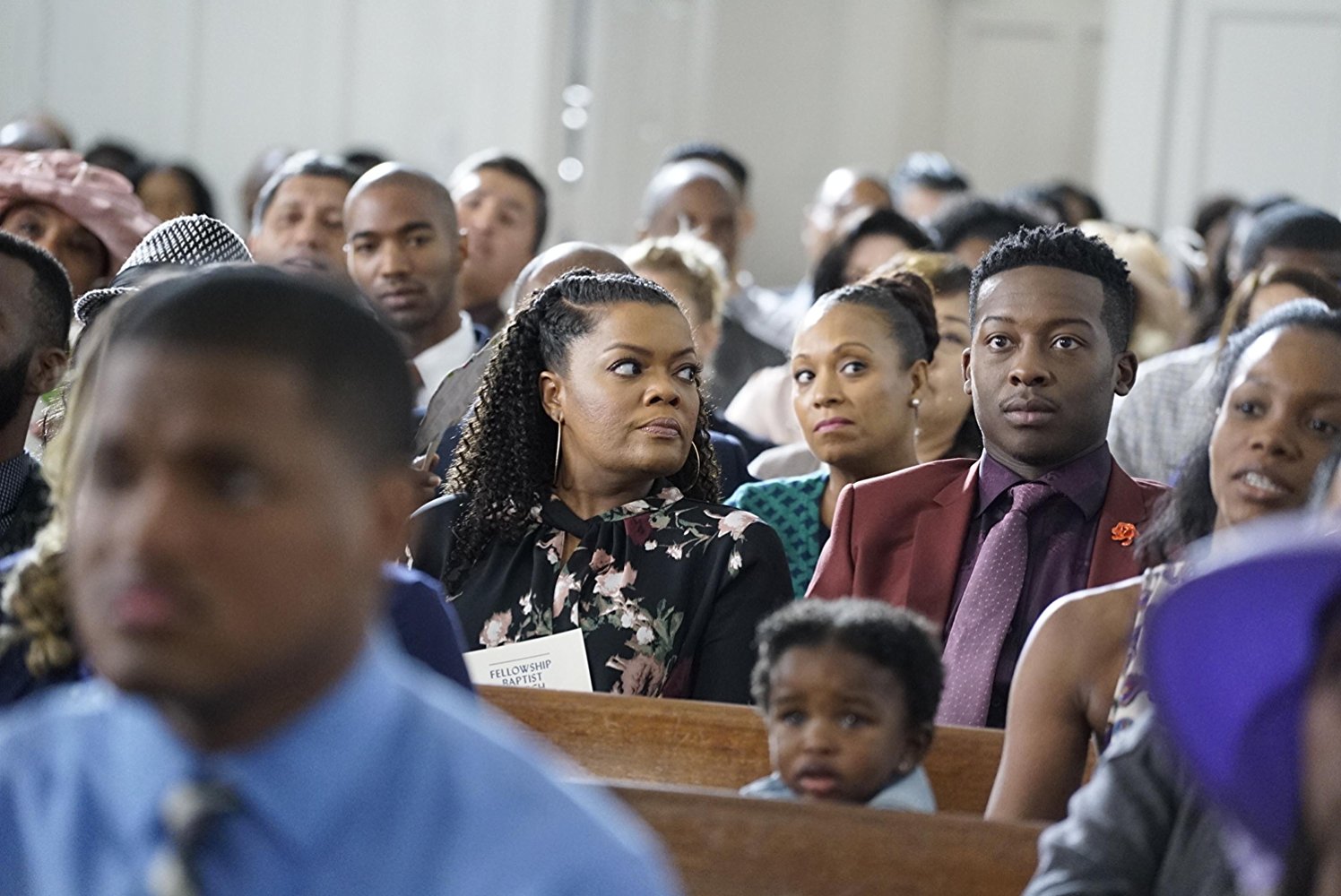 This week on The Mayor, we focus on Courtney’s personal life, rather than a political issue. More accurately, though, we focus on how Courtney’s personal life can become a bit of a political issue. It’s a refreshing change from a format that got sort of tired sort of quickly, and gives us some time to see how this major, somewhat accidental life change is really throwing a wrench into his life. It’d be nice to see more of this going forward — specifically, it feels oddly like we’ve forgotten Courtney’s original goal was to be a rapper, since he hasn’t really talked about or pursued it more than incidentally since the pilot. It’s not that I don’t like the idea that Courtney’s goals and priorities change with his new role in Fort Grey, but it would be nice to address that, rather than just assume it.

After hitting it off with the lawyer, Amber, from last week, Courtney intends to set up a date. But then Danielle, a crush from grade school, reappears in his life. He cancels a date with Amber and ends up inviting Danielle to a work event. But because he’s the mayor, it gets photographed and spread online. Amber sees, obviously, and ignores Courtney’s texts… rightfully so. Yikes, Courtney. 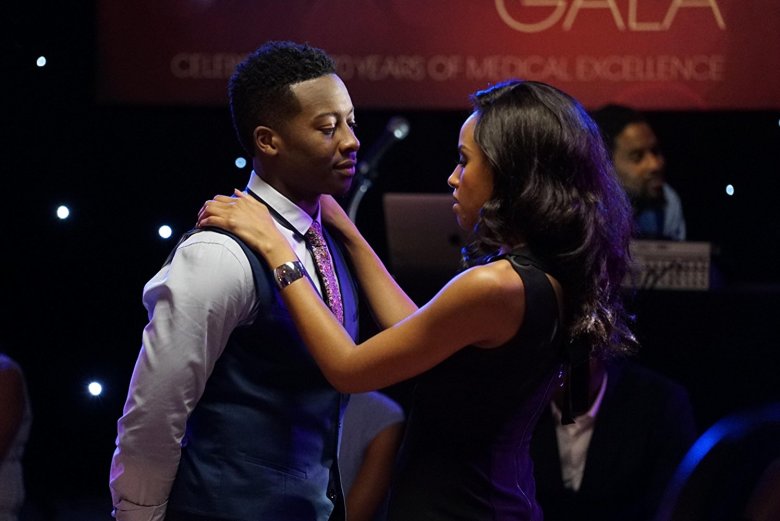 Courtney and Val have a bit of a debate where Courtney, for somebody who wanted to be famous by other means anyway, displays a surprising amount of naivety about the privacy expectations of being a public figure. Although I don’t think letting Val vet his love life is a good plan, this is one of those maaaaany situations so far where Courtney definitely should’ve chilled out, stepped back, and y’know, sought some advice before making decisions.

Speaking of complicated dating lives, however, we get a bit more personal information about Val. She has a bit of a heart to heart with Jermaine and T.K. where she admits that she was — wait for it — married. She fell in love on her college debate team and ended up getting a divorce, but her spilling information about her personal life to Jermaine and T.K. makes them see her as a ~real person~, as they tell her afterwards. I think that I say something to this effect nearly every week, but I’m really looking forward to seeing more of them! They have a fun dynamic, and although there are point at which the expected roles make my roll my eyes a bit (Val, the woman, managing the irresponsible men around her), I’d like to spend more time with all of them.

We also get a bit more of Dina’s life. Her pastor has been trying to convince her to sing in the choir for years, apparently, but she’s always claimed she didn’t have enough time. Courtney realizes that it was raising him that kept her busy, and so now that he’s… the mayor… and theoretically doesn’t need care-taking, he encourages her to do it. After some needling from both Courtney and her pastor, she does, and we get a pretty lovely, heartwarming scene at the end of her singing with the church choir, and Courtney, Jermaine, and T.K. cheering her on.

Courtney goes out on another date with Danielle, but she quickly posts a selfie of the two of them with the hashtag #mayordate. Courtney realizes that she’s mostly been using him for the attention and publicity. As he succinctly puts it to Val later, Danielle was interested in Mayor Rose, not Courtney Rose.

Realizing that he made a mistake, he pulls out an old prom-posal tactic he’d showed Amber a video of earlier. He takes T.K. and Jermaine to her apartment to do the Soulja Boy dance (everybody has questions about using this as a romantic song, no need to harp) and ask her to give him another change. He apologizes sincerely, and asks her out again, promising it will be different. But there’s no happy ending here. (Amber watches the dance from her balcony, which seems to be a bad omen for young relationships. Sorry, Romeo.) Amber isn’t willing to take Courtney back after what he did, and she tells him that she’s not sure if it’s hubris or immaturity that’s to blame for his faux pas, but either way it doesn’t make a difference to her. Although her rejection is somewhat amicable, and she isn’t harsh, it’s obviously a bracing moment for Courtney. 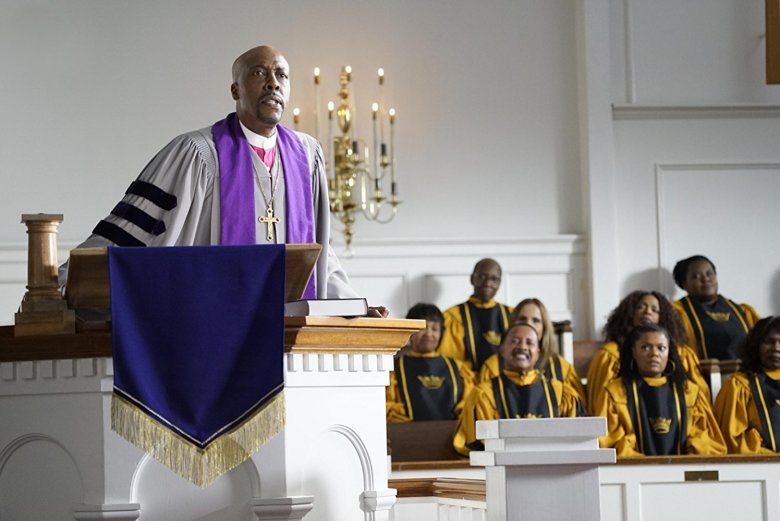 It’s also nice to see the issues that plague his Mayorship bleeding over into his personal life. Because Courtney is both of the things that Amber says, and although he frequently pulls through at the end with a grand gesture, seeming to have genuinely learned his lesson… that’s not always going to be enough.

Overall, it was a nice episode with a slight departure from previous episodes’ format — really looking forward to more of this from the rest of the season.