Eve and Gemma search for who the third girl in the photograph is on THE MISSING, while Baptiste attempts to break through Mr. Stone’s Alzheimer’s to get to the truth. As Jorn and Baptiste connect the dots of who may be involved with the kidnapping of the girls a third suspect is revealed, and he kills to keep the information secret.

The way the second season of The Missing plays with time, it’s sometimes hard to keep track of the past and the present, and what took place when. We are watching at least two timelines play out before us in this episode. There’s the aftermath of the girl claiming to be Alice’s suicide in 2014, and then there’s Baptiste’s continued investigation in the present. His shaved head is the tip off we’re in the present as he races against the tumor in his head and his own mortality to get to the truth of what happened to the kidnapped girls and who was involved. His travels have taken him from Germany to Iraq and then back to Germany as the pieces of the puzzle begin to fall into place. Will he solve the mystery before it’s too late? 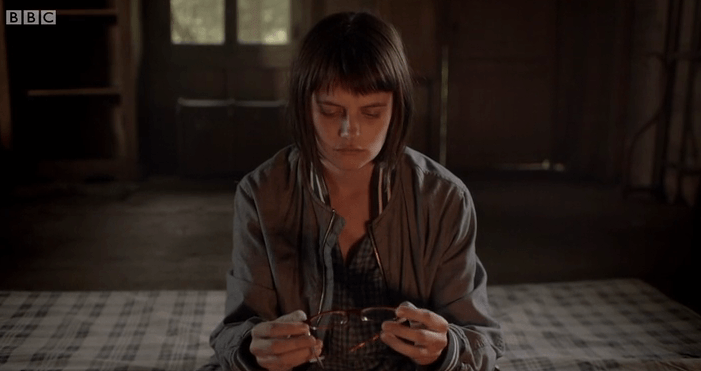 The one thing that’s clear now is Sophie Giroux was pretending to be Alice when she returned at the beginning of the series. We see her in the present in Switzerland, living in an abandoned cottage with nothing but a mattress on the floor. The same VW van used to abduct Alice now sits idle, repainted and full of memories and possessions of all three missing girls. Why did Sophie do it? What did she get out of pretending to be Alice that she couldn’t have gotten if she’d simply returned to her own family. It’s still unclear how Sophie was able to get Alice’s body and leave it in her place when she started the fire? She was locked into the shed, so she must have had some kind of help. We know that Mr. Stone and Mr. Reed were involved in the abductions, but was there a third person?

It seemed Eve’s altercation with Mathew Webster may have been the reason she didn’t have a child in the present, but that was a little slight of hand by the writers of The Missing, and we find out the truth of Eve’s missing baby. She didn’t lose her baby in the way it was insinuated, but she still lost her baby. Eve was acting as a surrogate for her sister who’s unable to have her own children. It was never really Eve’s baby to begin with, though it’s clear after she gives birth she wishes it were. In a weird twist of fate she gets another shot at being a mother, as it’s revealed she’s pregnant with Sam’s baby. That’s another layer of awkward on the investigative relationship of Eve and Gemma. 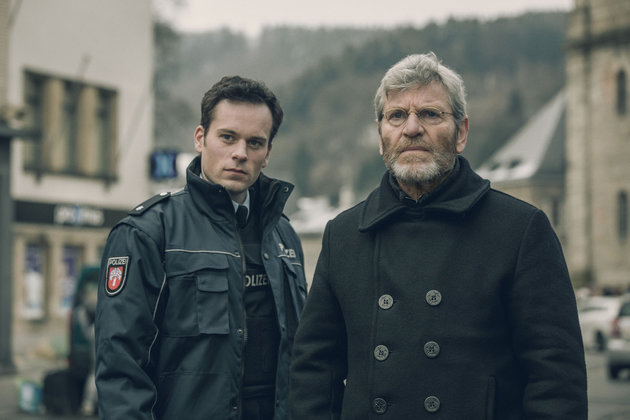 The German policeman Jorn and Baptiste joined forces in 2014 to get to the bottom of “Alice’s” movements before her death and what she was up to. They found out she left flowers on the grave of Mr. Reed before she supposedly killed herself, and they want to find out why. What connection could she possibly have with the man unless his suicide was not somehow related to her captivity? Their investigation takes them to the apartment of a trans prostitute Reed was a customer of. She tells them she was supposed to meet him at his house and instead found him dead in the living room. These details lead both men to realize Reed was murdered and staged to make it look like a suicide. Who killed Reed and why? Was it another person involved in the abductions? Did he know too much and this knowledge scared the real abductor into silencing him? There’s also the German butcher Christian in prison for Alice’s abduction who’s clearly innocent of those crimes. Was he framed because his wife Nadia served in the same Iraqi unit and said nothing about whatever happened there? Will Christian get out and find vindication, or is his life forever ruined?

In the present Jorn and Baptiste are work two different sides of the case. Baptiste travelled to Iraq and found out about the connection between Stone and Reed and the terrible things they’d done while in Iraq. It leads him back to Germany to get the answers out of Stone’s Alzheimer’s burdened mind. Jorn is presented with the photo of the third girl by Eve, and asked to look into who she is, and when she was abducted. Baptiste appears to get some answers from Stone, but he quickly shuts down and begins yelling. He’s got bits and pieces, he just needs Stone to let loose with the facts once and for all. Jorn finds the name of the missing girl and speaks to her mother. It leads him to a third suspect in Sophie, Alice, and Lena’s abductions. 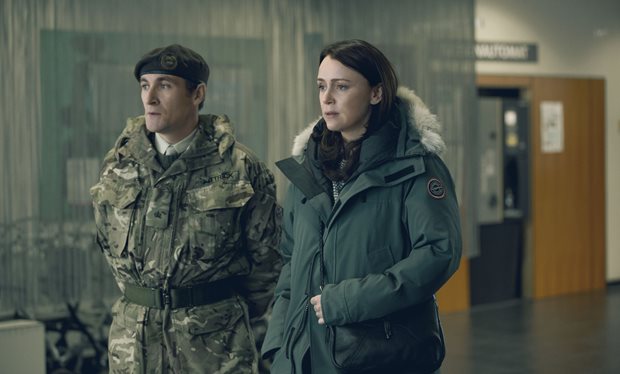 This character has been hanging around the background of the show all season so far in his role as the public liaison officer for the army. It means he’s close to the parents and to “Alice” when she shows up again. It appears Gatterick was also friends with Lena’s family before she went missing, and Jorn confronts him with the photos to gauge his reaction. Gatterick is cagey and attempts to play dumb, but everything is thrown out of whack when a young girl comes down the stairs with a picture she’d drawn. Jorn asks who she is, and Gatterick says it’s his daughter, but things get violent quickly when Jorn asks the girl what it’s a picture of and she says, “Me and my Mummy in the basement.” Now Jorn knows, and Gatterick scuffles with him, knocks him down, and uses a electric drill to drive a blade into his head killing him. Clearly the young girl is the child Gatterick had with Alice. How’s he going to cover up the death of a cop and keep his secret hidden?