This episode of THE MISSING is a tour de force of Baptiste’s struggles against his own mortality in order to get to the truth. His obsession to solve this case has put his health, his family, and his legacy on the line. Can he solve the case and survive, or will it be his finale as a detective?

Baptiste’s mind continues to lose control of reality as he battles against his own hallucinations and army interference to get to the truth of who the third man responsible for the abductions was. The clock is running down, and the tumor in his brain is beginning to make it more and more difficult for Baptiste to continue his investigation. He will not be deterred though, and his mad man like drive to solve the case hits full gear as he’s inundated with obstacles to stop his progression. 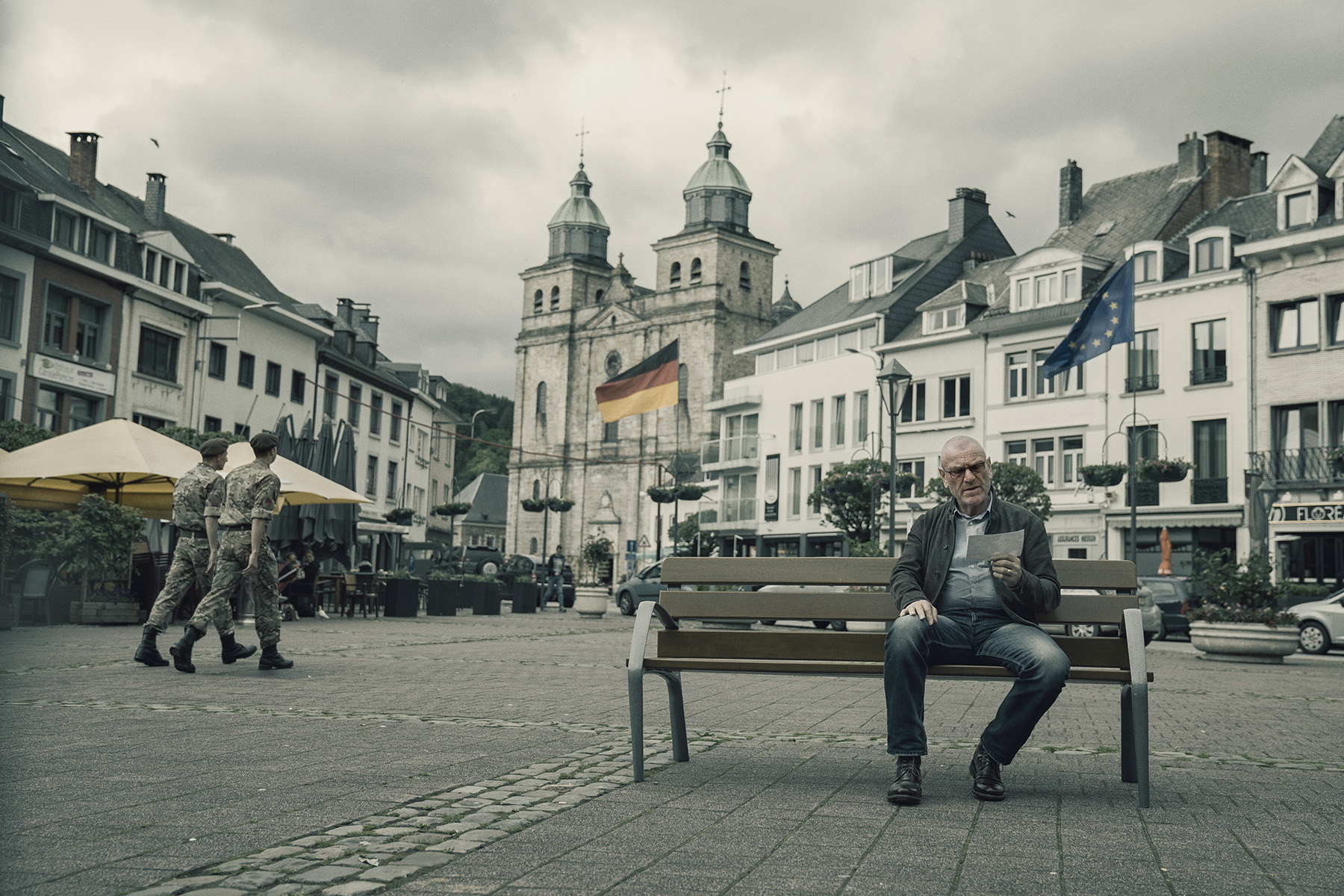 The one thing that’s really driven Baptiste this entire season is the guilt he feels. It’s a fuel that pushes him through the physical and mental difficulties that begin to take hold. We know Baptiste had hallucinations of his wife in the past, but we also learn the man he thought was following him in Iraq is also a construct of his imagination. He appears in the dining hall on the Eckhausen army base, and after Baptiste attacks him, we see it’s an innocent soldier completely taken aback by the altercation. Baptiste has trouble differentiating what’s real and what’s only in his head, and he’s running out of time.

These hallucinations are manifestations of the guilt he feels about abandoning his family and his health to continue the case, as well as how things turned out for the Giroux family after Baptiste came to a conclusion that turned out to be false. It’s a lot for one man to carry on his own without it driving him insane, but his mind inserts hallucinations and conversations with these people into the background, and even he has trouble shaking the feeling they are real. Is it possible for him to alleviate this guilt without his own death being the reason? Will he solve this case and return to France in time to get the tumor in his brain successfully operated on? 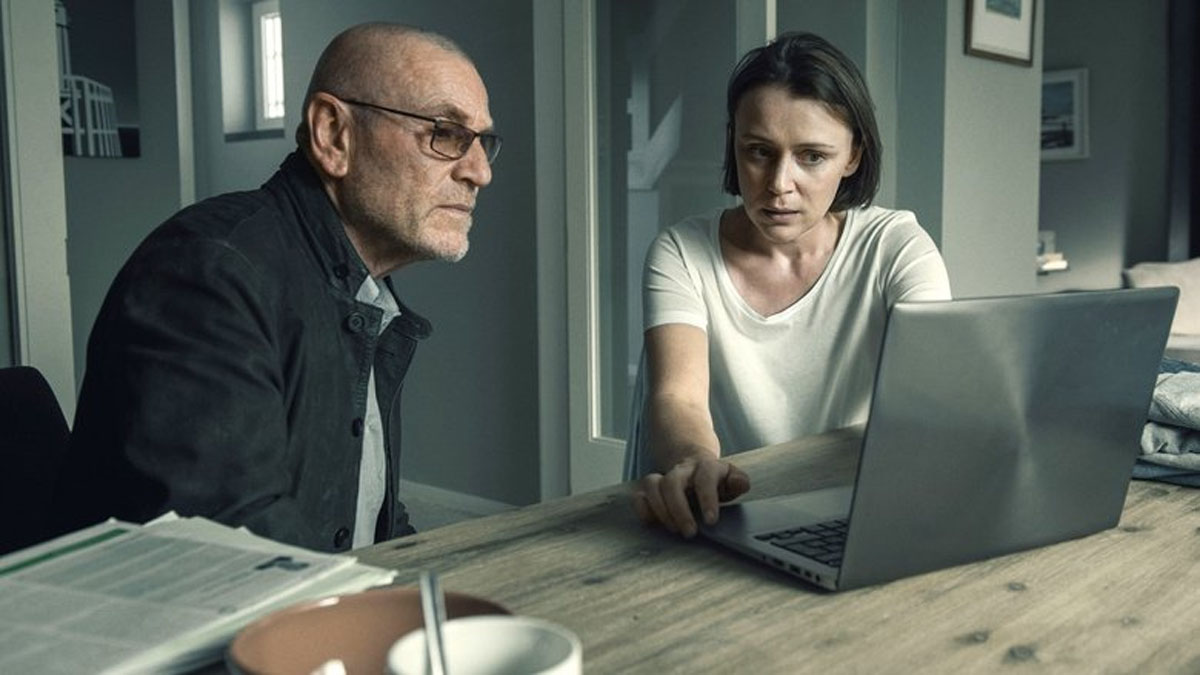 It seems Baptiste can power through the hallucinations, but it’s the obstruction he’s getting from the army that really bogs down his investigation. Eve won’t help him find out who else was serving in Iraq with her father and Reed, and there’s almost no other way he can find out this information because it is classified. Talking to Stone himself gets him nowhere since the man has slipped into the fog of dementia. When Baptiste tries, it ends in an altercation. The only person who comes through for him ends up being Gemma, who shows up to Eve’s office to talk about the child of Sam’s Eve carries, and then gets the file while Eve is distracted with a phone call.

Sam and Gemma continue to be at odds as we get a window into how their family fell apart. We learn a lot about the difficulties between Mathew and Sam, and why Sam is in counseling when we first meet him. It turns out Mathew and his skinhead friends stole a truck from the army base, and when there’s an accident, Sam covers for him, claiming he was drunk driving and crashed the truck himself. The reason Mathew won’t speak to his father, is because he sees Sam and Eve kiss in front of a bar the night they hook up for the first time. At the time Gemma was a complete mess, probably clinically depressed, and unable to do anything including being a partner or mother. Sam found refuge in the arms of another woman to escape the sadness of his own home life. It seems even though Gemma is angry Eve is pregnant, she understands at the same time.

After last week’s shocking revelation of the real abductor of the girls, we find out a whole lot about Adam Gettrick and how he’s been living with Sophie and their daughter Lucy in Eckhausen all this time. Sophie had appendicitis, and knowing she needed medical attention, Gettrick came up with the plan of releasing her, having her impersonate Lucy, and then covering it all back up again with a fake suicide. He was the person who helped her switch bodies, and now she’s back in his house, locked in a room with her daughter. It seems Sophie is in on it with Gettrick, but at the same time I feel she’s biding her time, doing what she needs to do to keep her daughter Lucy safe, until she can escape with her to safety. She plays the pliant lover, but there’s also a rebelliousness to her that we see when she speaks French to Gettrick. 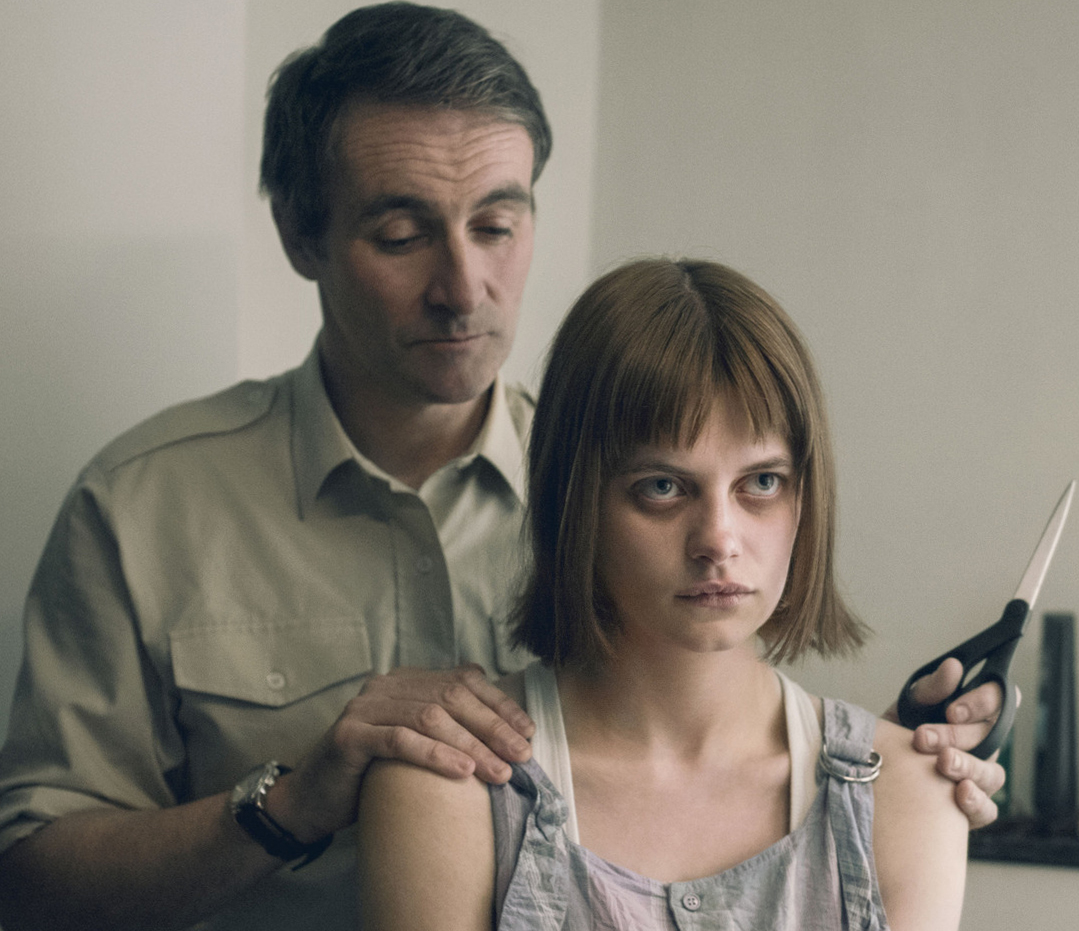 Gettrick is incredibly paranoid about being found out, as we saw last week when he killed Lenhart to keep his secret. He nearly gets caught by Baptiste while at Lenhart’s apartment trying to make it appear Lenhart took off. Every little thing worries Gettrick, and he’s on edge all of the time. It’s Sophie’s idea for them to move somewhere and start over fresh, but he has two more years to go in the army before he can collect his pension, so he sends her away to Switzerland to a cabin his uncle left him. She’s to wait for him and Lucy to join her there. It’s insinuated Gettrick was a victim of abuse by his own uncle in that same cabin, so it would appear the cycle of abuse continues. The real question now is what happened to Alice and the other girl?

Mathew overhears Gemma and Baptiste talk about Stone being involved in Alice’s abduction, so he and his skin head friends beat Stone severely, and it gets blamed on Baptiste since nurses walked in on him and Stone struggling earlier. Baptiste figures out Nadia Herz knows what happened in Iraq, he confronts her, and forces her to tell him everything she knows. Baptiste’s methods aren’t by the book, but he’s running out of time, and he’s desperate for the truth. Will he get it before it’s too late?