The season finale of THE MISSING fills in the details of what exactly took place when “Alice” returned to the Webster family only to leave a gapping hole in their hearts after she was gone again. Can Baptiste find Getterick and save the girls before it’s too late?

This season of The Missing has been all about guilt and the toll it takes on the lives of the people who carry it. Nearly every character in this show is burdened by past events and actions they either can’t forgive themselves for, or still haunts their day to day lives. Baptiste in particular is driven by his guilt in being unable to solve the disappearance of Sophie Giroux, as well as the poor decisions he made which only exacerbated the misery of the Giroux family. With his own mortality hanging over his head, Baptiste is driven to finally solve Sophie’s case or die trying. The drive is how he ended up involved in the reappearance of “Alice Webster” and everything that followed.

The biggest question of the season, is Alice Webster still alive, was answered at the end of the last episode. She is, but she’s the rebellious one who hasn’t allowed herself to be completely brainwashed by Getterick, so in his mind she’s bad. It’s why he kept her locked up in the hidden basement prison in his house in Eckhausen, and it’s why when he flees to Switzerland before Baptiste can reveal the truth to anyone else, she’s locked in a cupboard. All those years she was missing, Alice was merely miles away from her own family, in the dark, in a prison Getterick constructed for her along with Sophie Giroux and another German girl named Lena. It must have been a struggle to keep her sanity and her sense of self instead of giving in completely to Getterick and buying his lies as truths like Sophie does. She’s lucky to be alive, especially since we’ve seen how violence erupts out of Getterick when things don’t go exactly how he wants. 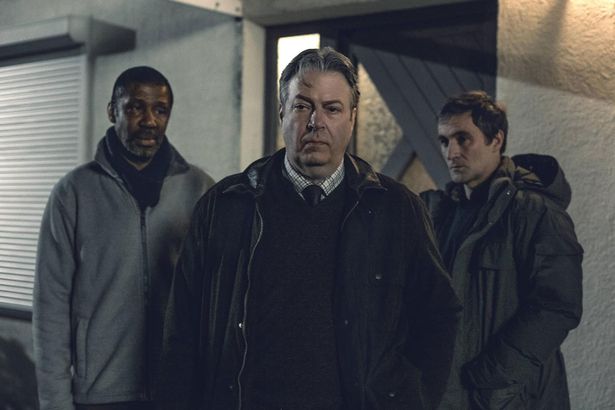 The involvement of Stone, Reed, and Mr. Herz, as well as their connection to both Getterick and the missing girls were something we were kept in the dark about until this episode revealed how and why things happened the way they did. Stone and Reed were unwilling participants in Getterick’s life. After what they knew about him after Iraq, neither man wanted anything to do with him once they were back in Germany. Getterick is a smart man. It wasn’t just luck that he was able to get away with at least three abductions without being caught. Sophie’s appendix has ruptured; she’s getting sick, and will likely die without help. Since she’s his favorite, and the mother of his child (yuck), he devises a plan to get the help she needs to get better.

Getterick’s tapes a conversation he and Stone have over beers, detailing what took place in Iraq, and their involvement in the death of the Iraqi girl when they set the house on fire. Getterick holds this over the heads of both Stone and Reed to blackmail them into helping Sophie and keeping their mouths shut. Stone goes along with it, but Reed is unwilling to cover up yet another crime for Getterick. Even though Reed’s a medic and may be able to help Sophie, he refuses, and threatens to tell the police. Getterick forces Reed at gunpoint, taking him back to Reed’s home to get his medical bag in order to perform surgery on Sophie. Reed distracts Getterick and tries to call the police, but Getterick notices, and they struggle. Reed fights for his life, but he’s unable to hold Getterick off, and is shot in the mouth. Getterick stages the scene to look like a suicide to cover up his involvement. The only problem I have with this scenario is the gun is Getterick’s, not Reed’s. Wouldn’t authorities be able to trace the gun back to Getterick? 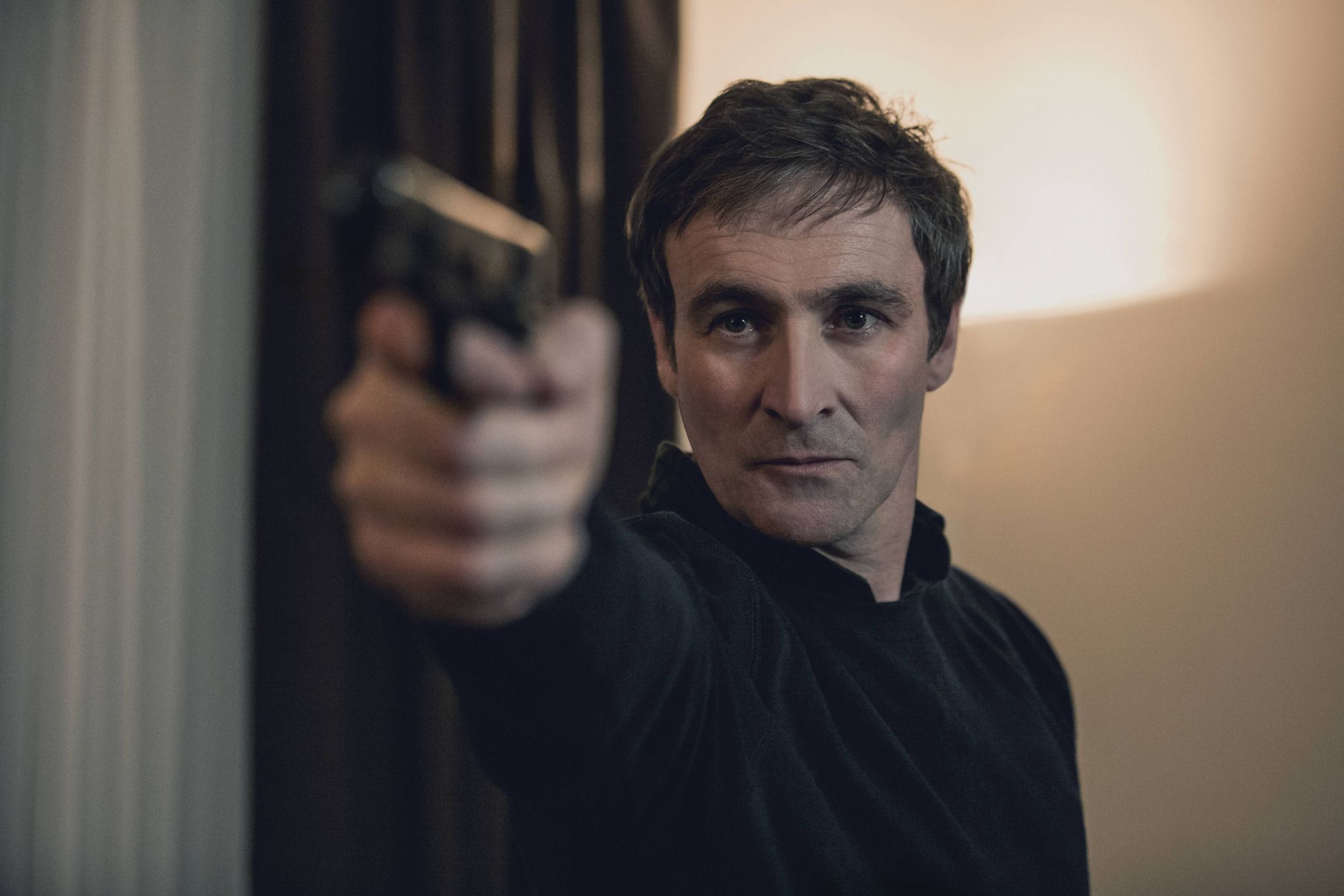 With the original plan to perform secret surgery on Sophie out, Getterick must either come up with another plan to save her, or simply allow her to die. The problem is he’s convinced himself he’s in love with her, and on the fly comes up with the plan for Sophie to fake her return as “Alice”. Since Sophie knows everything about her prison mate, she should be convincing enough to dupe the Webster’s long enough to get the surgery she needs, heal, throw the blame on Mr. Herz to get back at Getterick’s old commander Nadia Herz, and then fake “Alices” death to cover her and Getterick’s tracks. The body was Lena’s, the third abducted girl, who Getterick murdered because she wouldn’t be quiet and submissive for him. Stone was able to cook the medical records to make it appear the DNA test confirmed the body to be Alice’s. Everything went according to plan, and Getterick would have gotten away with it if it weren’t for Baptiste.

The tumor in his brain almost derails Baptiste, but he pushes through to close the case on Sophie Giroux once and for all before death takes him. With Getterick on the run, it’s up to Gemma, Sam (who’s now convinced), and Baptiste to figure out where Getterick would go. Gemma finds an envelope full of Swiss Francs, and Baptiste finds a picture of a cabin in Switzerland. After a call to a friend at Interpol, Baptiste has the name of a city in Switzerland Getterick’s uncle once lived in. Eve figures out Lenhart knew Getterick was the abductor and was likely killed by Getterick. She calls help for Baptiste and the Webster’s once they arrive in the Swiss town. A waiter recognizes a picture of Sophie and points them in the direction of a trail that leads out of town, and eventually to the VW bus, and the cabin Getterick is hiding in.

The drive to know what happened to their daughter is too much for Sam and Gemma, and they don’t wait until the Swiss police arrive. I completely understand why they want answers right away; it’s been more than a decade since their daughter disappeared without a trace. The cabin is in dense woods, and Sam, Gemma, and Baptiste spread out to see if they can spot the cabin. They’re vulnerable as they walk toward where Getterick is hidden, and he shoots Sam in the chest. The police arrive, capture Getterick, and save Sophie, Alice, and Lucy. Sam is able to see Alice for the first time since her disappearance while he lay on a stretcher, dying. At least he has the comfort of knowing she’s safe and alive before the fatality of his wound overtakes him. Baptiste was right all along, and his drive to close the Giroux case before he died saved three people. 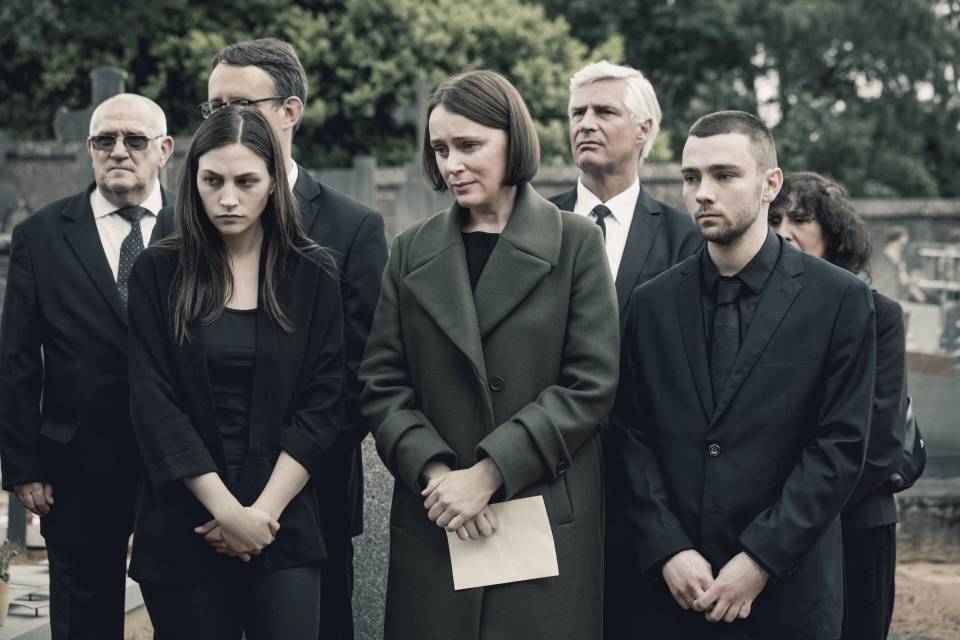 The finale closes with Baptiste in an operating room about to get the surgery to remove the tumor in his brain, unsure if he’ll make it through the delicate procedure. He counts backward from ten as the anesthetic works on him. The doctors remark how no one ever makes it past a couple of numbers before they succumb, so he must be made of stronger stuff, and I hope he is. I’d love to spend another season watching Baptiste’s exploits, but as he counts down to one the screen goes black. The open ending leaves the possibility of a return for Baptiste, or it could be the end. Either way the show works incredibly well, and the eight episode season is the perfect amount of time for a story like this to wrap up in a satisfactory way. You’ve got to give it to the British, they really know how to make intriguing crime and detective shows.